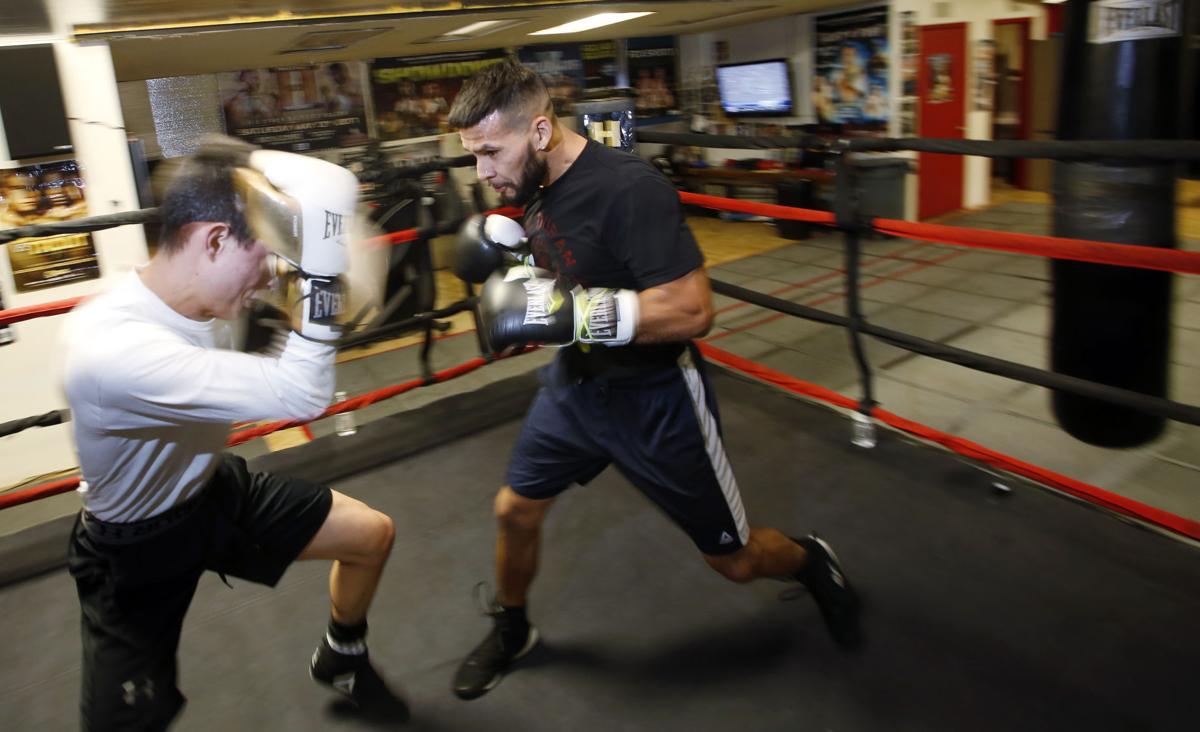 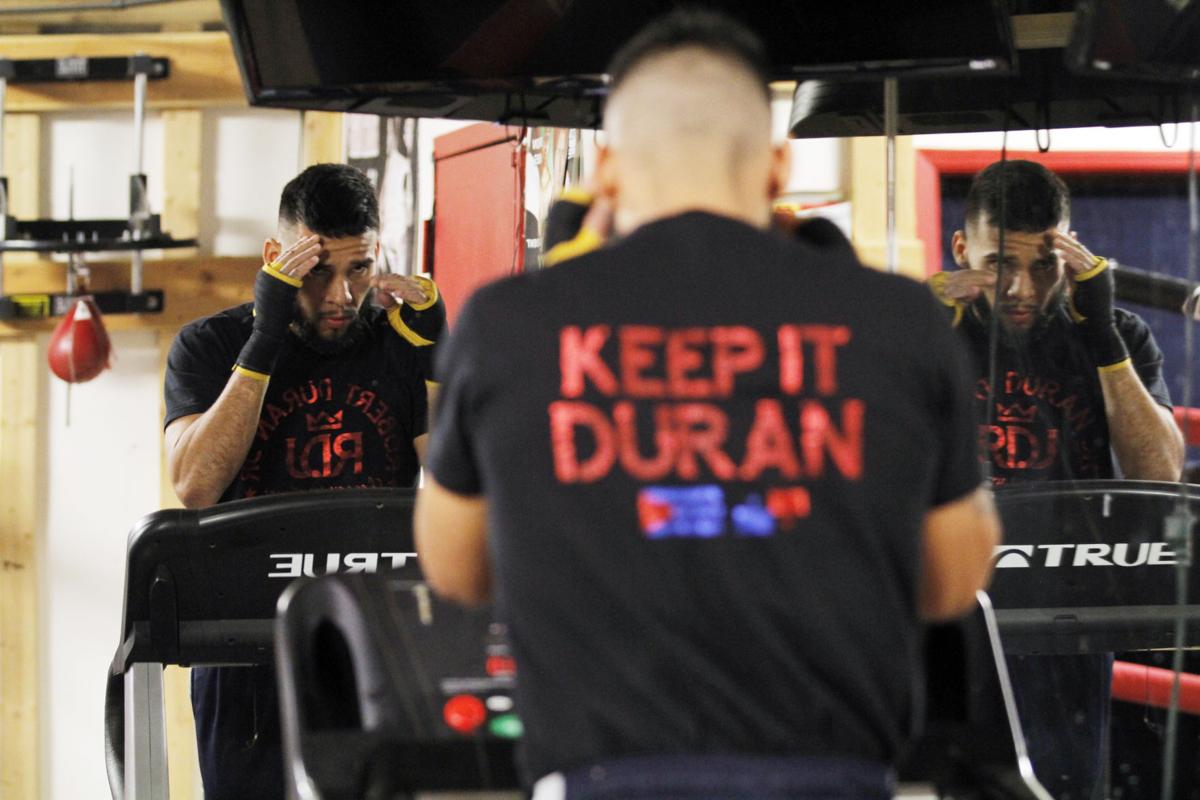 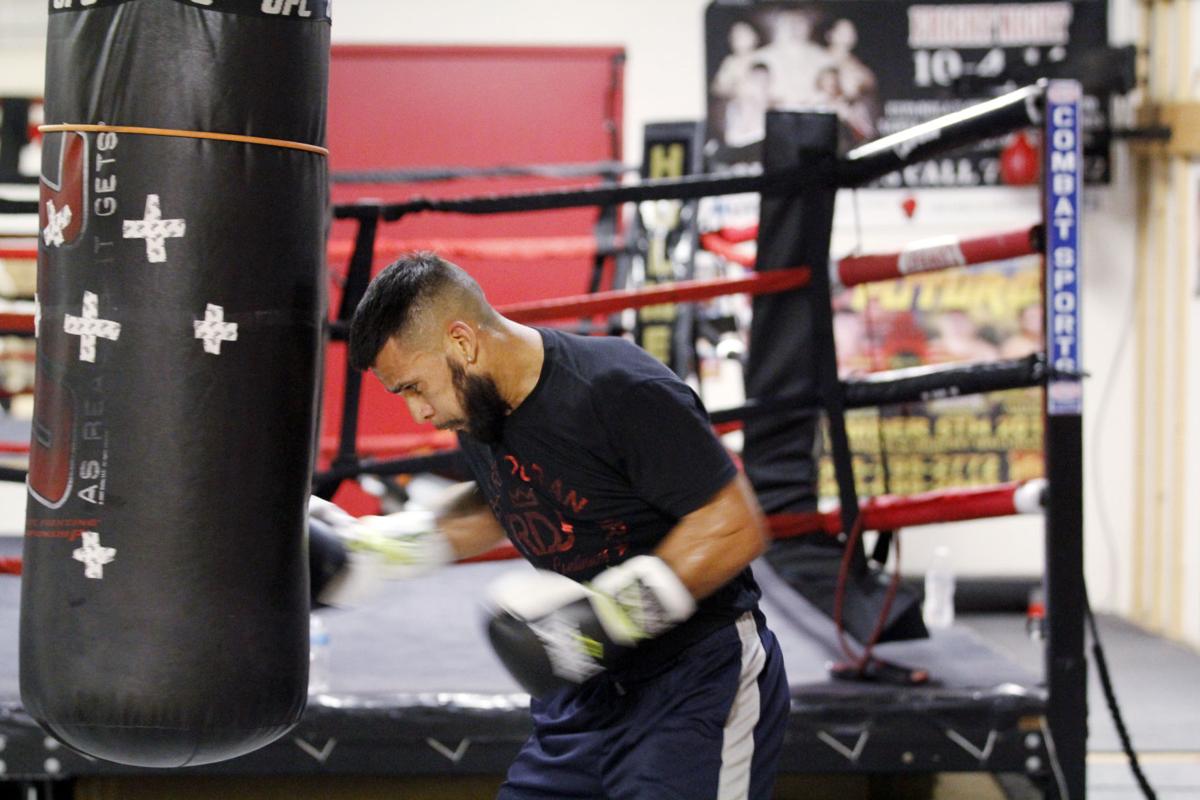 Robert Duran Jr. of Ft. Lauderdale, Fla., works out on the heavy bag at Pat Holmes’s boxing gym Wednesday in advance of his Saturday fight at Cold War 5 at Marriott Pyramid North in Albuquerque. Roberto Duran Jr. is the son of boxing legend Roberto Duran Sr. 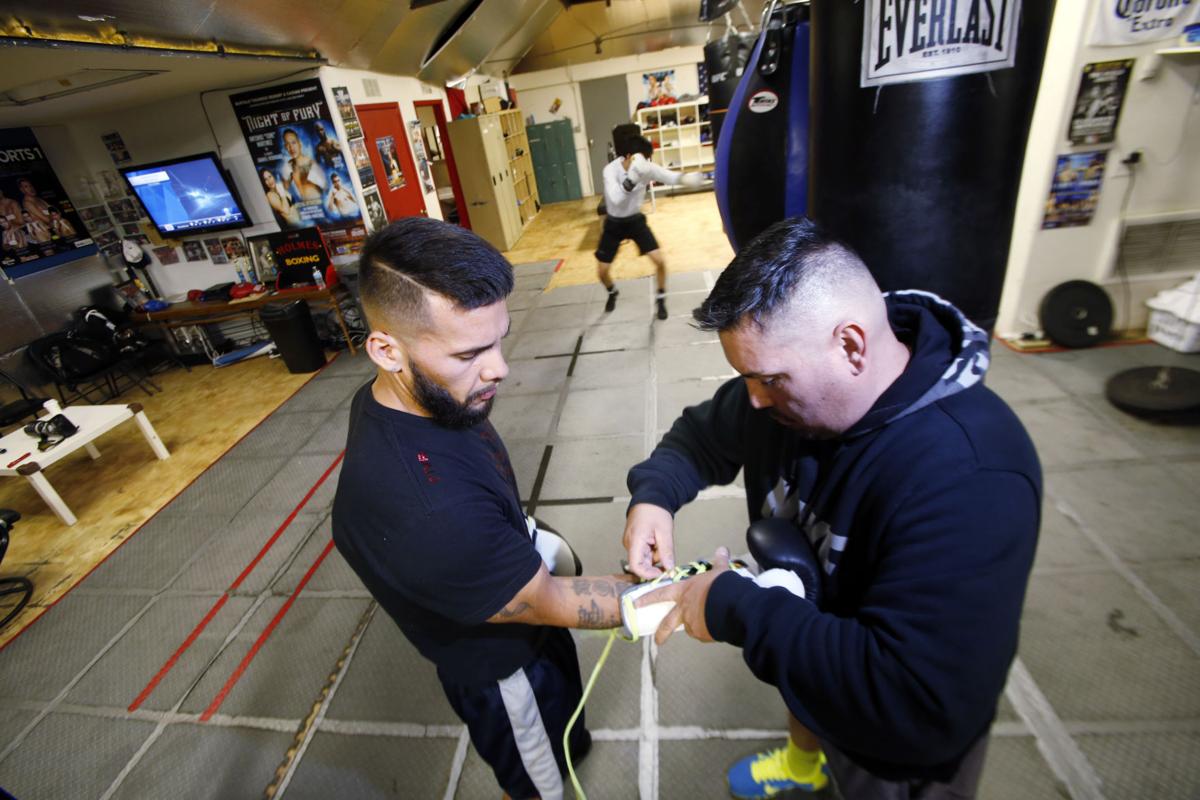 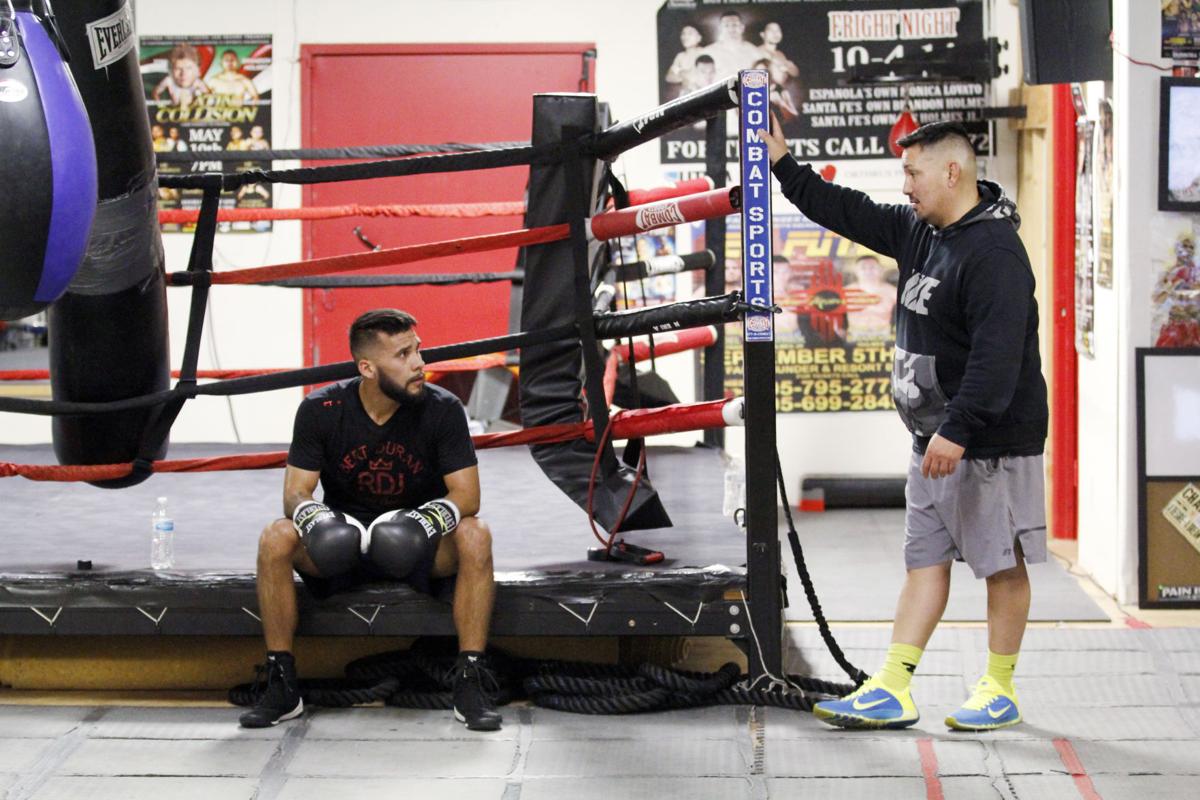 Robert Duran Jr. of Ft. Lauderdale, Fla., works out on the heavy bag at Pat Holmes’s boxing gym Wednesday in advance of his Saturday fight at Cold War 5 at Marriott Pyramid North in Albuquerque. Roberto Duran Jr. is the son of boxing legend Roberto Duran Sr.

Roberto Duran Jr. and Estevan Segura both understand the importance of their names.

For Duran, he attached himself to the legacy of his father, renowned former world boxing champion Roberto Duran Sr., but also wants to distinguish himself from it.

Segura, though, has a much different dilemma: He’s looking to make his name, as opposed to living up to one.

The two boxers try to take a step toward their ultimate goals of becoming world-class fighters Saturday when the two step into the ring for separate bouts on the Cold War 5 boxing card at the Marriott Pyramid North in Albuquerque.

Duran is the co-main event with Española’s Leanna Martinez, and he takes on David Vargas of El Paso in a 148-pound matchup.

Segura, a 2018 Capital graduate, opens his professional career against Albuquerque’s Armando Cornejo in a 129-pound battle. Both fights are four rounds.

The path to this bout for the younger Duran began four years ago when he decided to become a professional boxer. While he grew up with the Duran name, he and his father, who won 103 fights and world titles in four different weight classes over a 33-year career, didn’t have much of a relationship.

“I didn’t grow up with him,” Duran Jr. said. “I’d see him here and there. I’d spent a couple of times with him, but I grew up with my mom’s side of the family. I do have the name and my dad’s a legend, but at the end of the day, I’m here now. I’m my own man and I’m paving my own way.”

The younger Duran said he lived in New York during his teens and into his 20s, and it was a lost time for him, often getting into fights and “doing every bad thing in the book.” It wasn’t until four years ago that Duran Jr., 32, moved to Fort Lauderdale, Fla., to start his pro boxing career, and it has been an uphill battle.

“I’ve been doing it by myself,” he said. “I’m not going to lie, it’s been difficult. I figured by having the name and my father being who he is, the doors would open and I would get to fight a lot more. But it’s been rough.”

The younger Duran collected just four decisions in that time. By comparison, his dad fought 80 times and won world titles in three weight classes by that age.

He fought twice in 2018 and twice more in 2019, but opportunity knocked when he met promoter/trainer Pat Holmes Sr. in November.

Holmes saw a hungry fighter looking for chances to prove himself, and he lent the younger Duran a hand. Already, the two anticipate five fights across the Southwest and Texas this year, including Saturday’s fight, to get Duran that needed ring time.

“It’s a tough business because it’s a show business,” Holmes said. “If you don’t have those connections and someone who knows the business end of it, it can be a long, long haul. For Robert, he has a name that can open doors.”

Those are doors Segura hopes Holmes open for him, too. While he does not have the household name that Duran Jr. does, he is a known product locally. He was a three-sport athlete (football, wrestling and baseball) at Capital and played on the Jaguars’ district championship team in 2017.

All the while, Segura boxed in his down time. He couldn’t give boxing the complete dedication it deserved until he finished playing football, but it was clear that he had a passion for it.

Segura won the state Golden Gloves 132-pound title last year and advanced past the first round of the Golden Gloves regional in Denver before deciding it was time to turn pro. He began to train under Holmes and felt that his experience in his other sports paid off when he went to boxing.

“Pat taught me the fundamentals,” Segura said. “I felt that football, doing it for such a long period of time, I was able to grasp the ability to have good footwork more easily. I did football 365 days a year. Now that I am doing boxing 365, it’s helped me with the footwork and mental discipline.”

Holmes said Segura’s work ethic and dedication in the gym is above reproach, and he is open to suggestion and teaching. Even during a sparring session with Duran Jr. on Wednesday, the elder boxer taught Segura how to clean up his jab and protect himself better.

“I need to find something that drives you every day, and for me, it’s my last name — Segura,” he said. “The days that I don’t want to go to the gym or don’t want to train, I think to myself, ‘Why am I doing this?’ I am doing this so I can be the best at something. I feel like I have a chance of doing it here.”

Saturday will be the first step for Segura in what he hopes is a long, successful career. Duran, meanwhile, wants to show the world he is more than just a name.

Note: Tickets for the fight are dwindling, Holmes said, but there are still some available. For more information or to purchase tickets, call 505-795-2772.