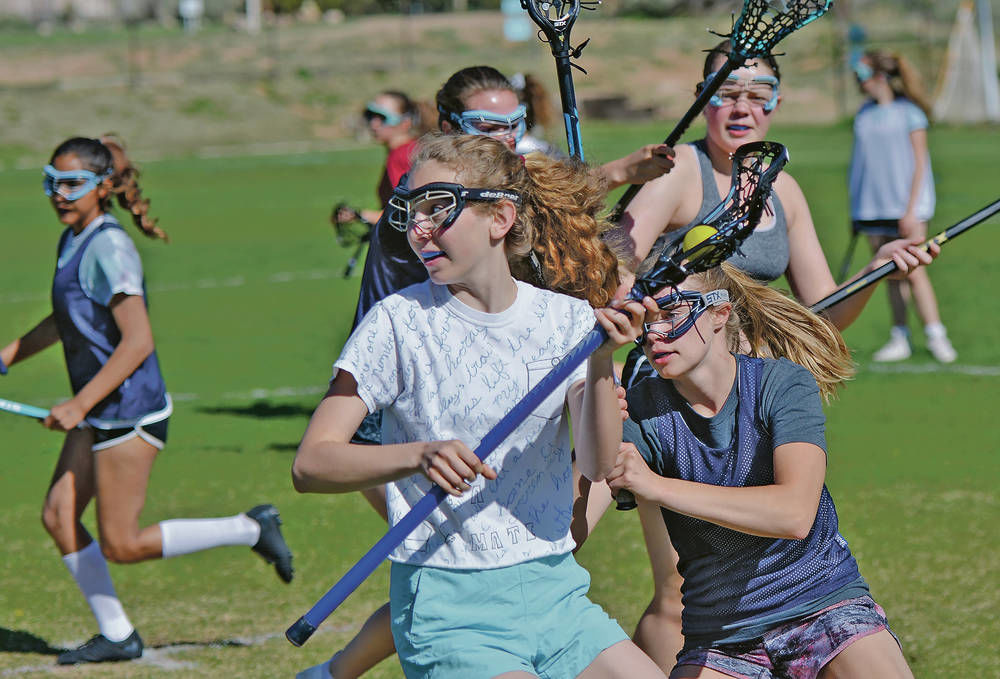 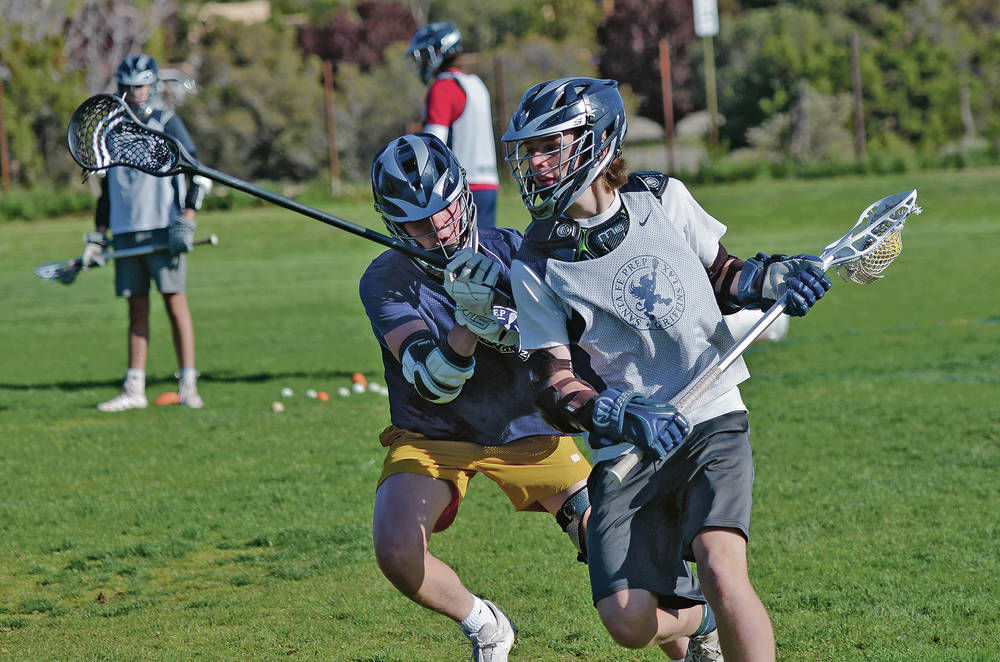 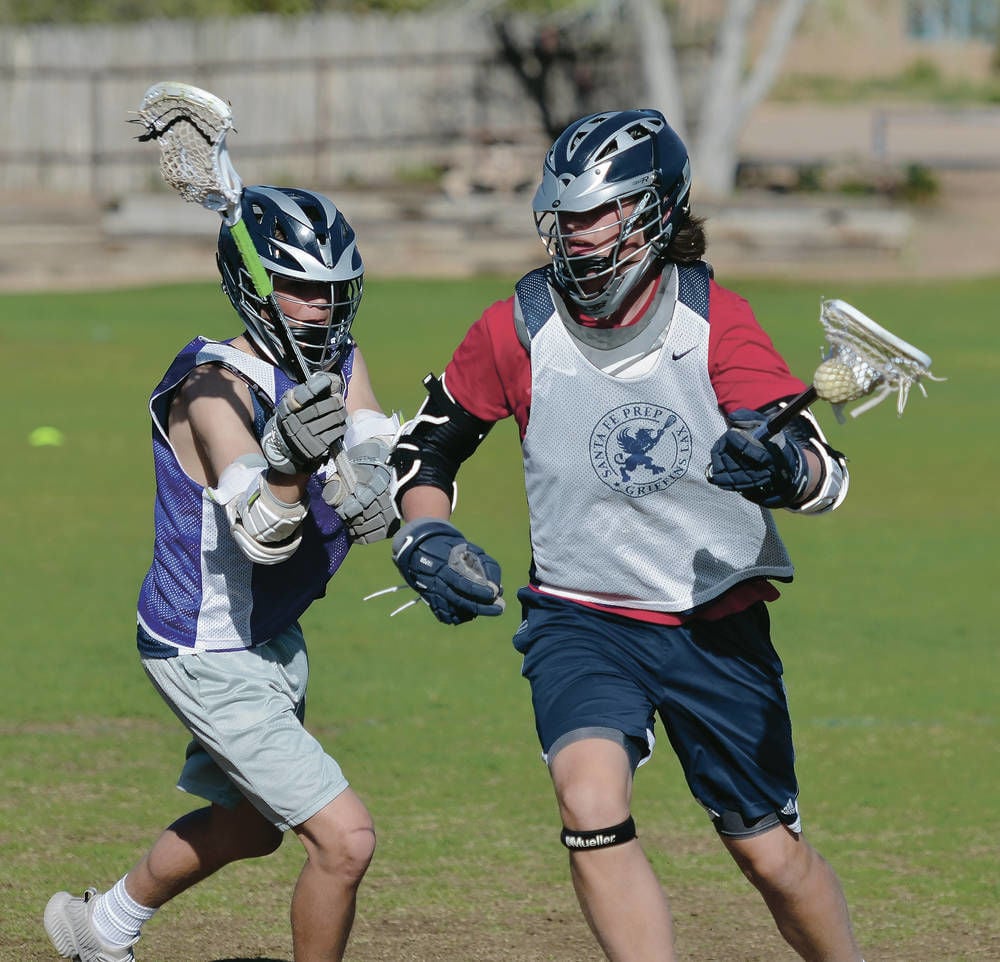 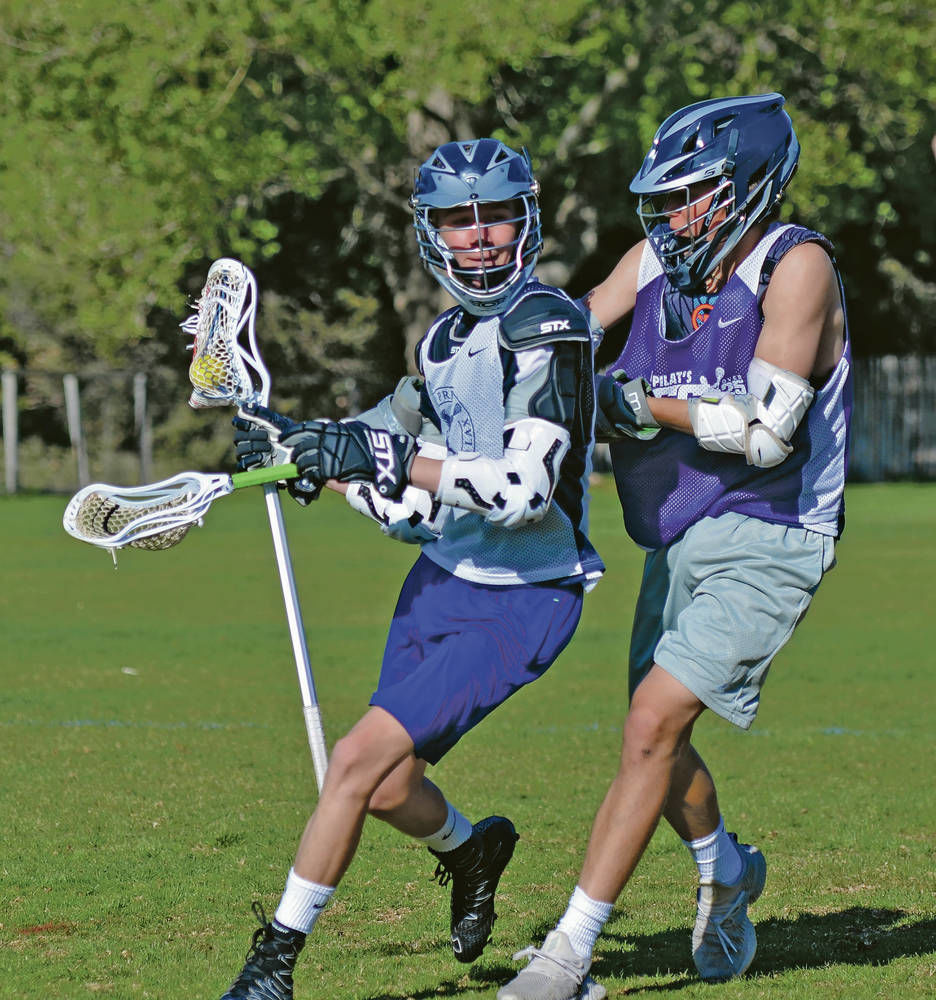 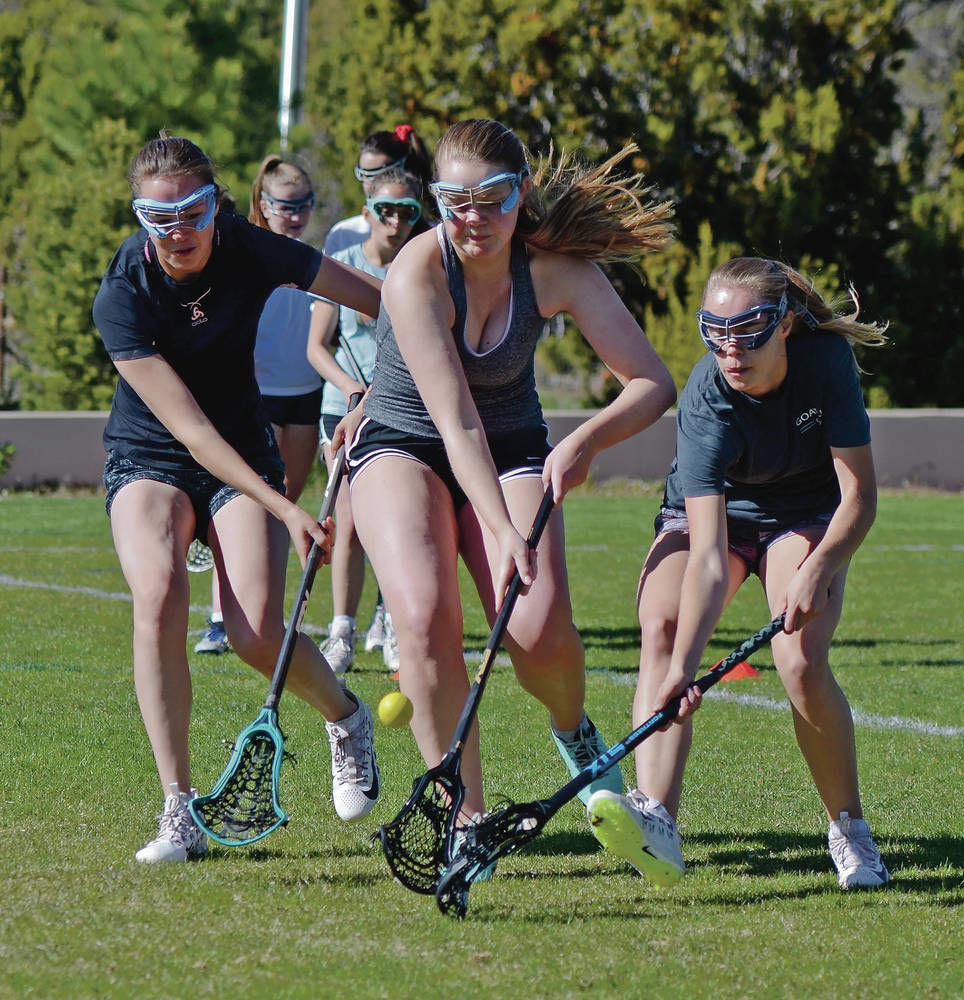 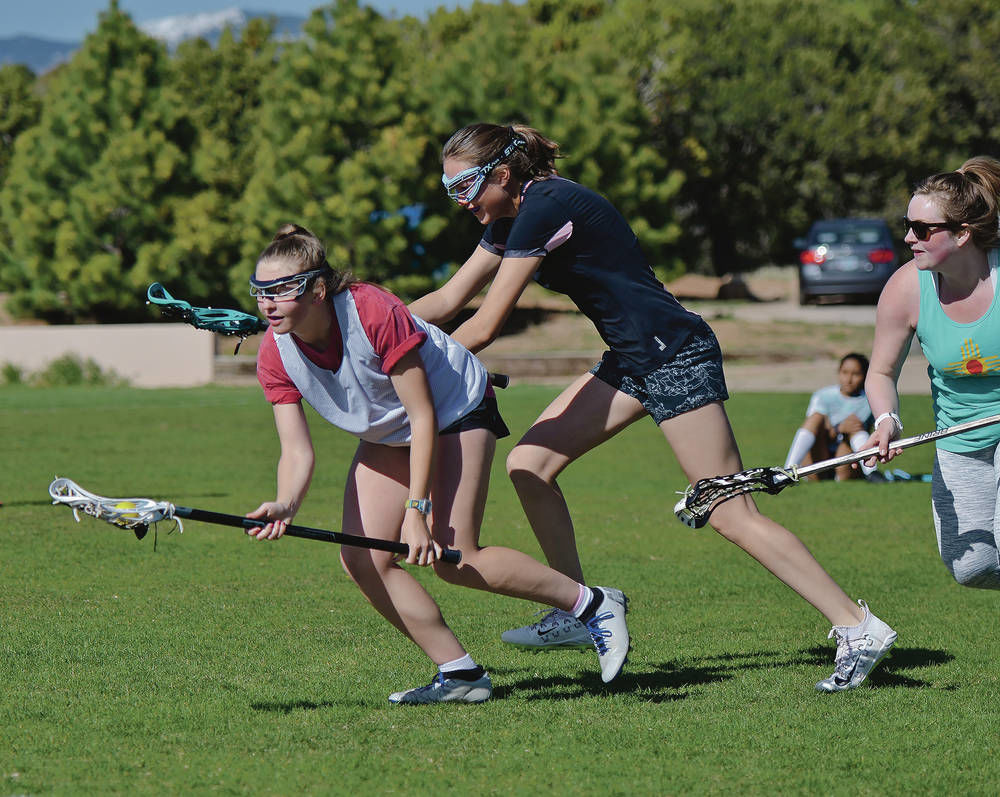 The heart of lacrosse in New Mexico resides in Santa Fe, and Story Leonard hopes it stays that way for a little while longer.

Leonard, a Santa Fe Prep teacher and the head girls lacrosse coach, is certain there will come a time when Albuquerque and Rio Rancho will take the forefront in the sport she dearly loves. But for now, Santa Fe still leads the way in keeping the roots of lacrosse healthy and growing in the state.

Not that Leonard minds. She recalled watching a tournament at Albuquerque’s Balloon Fiesta Park about four years ago and seeing fields of kids — from elementary school up to high school — playing in a club tournament.

Leonard said that moment told her everything she needed to know about the growth of the sport.

“It just brought me to tears. When I looked as I saw fields — eight fields — of youth kids playing lacrosse,” Leonard said. “I just went, ‘Wow!’ Teams coming from Arizona and Durango [Colo.] to play here. That was a huge moment, that we made it.”

Leonard played a big part of that moment, as she has helped grow interest since she started Santa Fe Lacrosse youth program in 2006. Leonard said the sport was practically nonexistent in the state when she decided to start the youth program.

In that time, Santa Fe Lacrosse — or SFLax, as many players in the program call it — has grown to incorporate about 70-80 players that has three girls club teams and two boys teams. That has helped develop a feeder program for the Santa Fe Prep club team, which is made up of players from the host school, as well as Santa Fe High, St. Michael’s, Desert Academy and

The overall growth of talent has developed a lifeline at the high school level and it is a big reason both teams played for the New Mexico High School Lacrosse Association championship on Saturday at Balloon Fiesta Park.

The boys team, made up primarily of players from Santa Fe High, most of them freshmen, lost in sudden death overtime to Duke City, 7-6. Duke City has won four straight league titles.

Sidney Monroe, the board president of Santa Fe Lacrosse, said the club has gotten to the point where teams aren’t getting blown out when they go to out-of-state tournaments in Colorado, Arizona and Nevada.

“When our opponents realize they’re playing a team from Santa Fe, it was like we were from Mars,” Monroe said. “This part year, though, it was the first time at the youth level that we were competitive out of state.”

Monroe and Leonard said this is the first time they are seeing players who have a decade’s worth of experience with Santa Fe Lacrosse.

Leonard pointed to seniors Chelsea Griscom as an example, while the boys program has Isaac Odai, who will play at Whittier, a Division III school in Los Angeles. He is the second male player to earn a spot on a sanctioned NCAA program, following in the footsteps of 2015 Santa Fe High graduate Hewitt Farr, who played at Division II Brevard College in North Carolina.

“It is definitely growing in Santa Fe right now,” Odai said. “It picks up every few years, but I think, in general, the more kids we have coming in and the more parents and coaches coming in and growing the sport is really helping us.”

Santa Fe Prep senior Abby Stranahan, who has played since she was in the seventh grade, said she was swayed to join the lacrosse team by her friends. Stranahan played mainly club soccer and said it was an opportunity for her to branch out.

“I just thought it was cool to do something that was different from what I already do, but still a sport I could apply some of the same ideas to,” Stranahan said. “I really liked it when I was playing it when I was younger, and I made friends with people like [team captain] Brooke Little. We’ve been playing together since, like, the beginning.”

Leonard and Monroe have gone to coaching clinics around the country to keep up on training and coaching methods. They have passed what they have learned to the club coaches, which they said have helped improve players’ skills.

“The game is so different from the one I played,” Leonard said. “Thing is, I keep educating myself.

“I have gone through all the coaching certifications that I can. I’ve been trained to be a trainer of coaches and I go to the U.S. Lacrosse Convention every year and learn from the best.”

“They’re both great, but there is definitely a higher level of play going on,” Odai said. “It’s really fun to see that it’s not just about throw and catch any more. They really are learning how to play the game a little more. You see more of what lacrosse is everywhere else here in Santa Fe.”

But Leonard is not content with growing the sport in

She has helped the youth programs in Albuquerque and Rio Rancho grow and flourish. Leonard also has traveled to El Paso, which is also a part of the New Mexico High School Lacrosse Association, to help train and develop coaches.

“Story is amazing,” Monroe said. “She is really an ambassador of lacrosse. She has been instrumental to bringing lacrosse to Albuquerque and beyond. She is very committed to coaching time in Santa Fe, but she is conducting clinics in other towns and cities.”

Because of that, the girls division increased from three to five teams over the past two years, with teams in El Paso and Los Alamos joining lacrosse association.

The boys side has nine teams that stretch into West Texas, with Midland joining the league in 2016.

Leonard and Monroe say the competition is getting better.

“I am so impressed by these teams when we play them,” Leonard said. “Rio Rancho has gotten really good this year. It is really competitive. We are not dominant on the youth scene, which doesn’t surprise me.