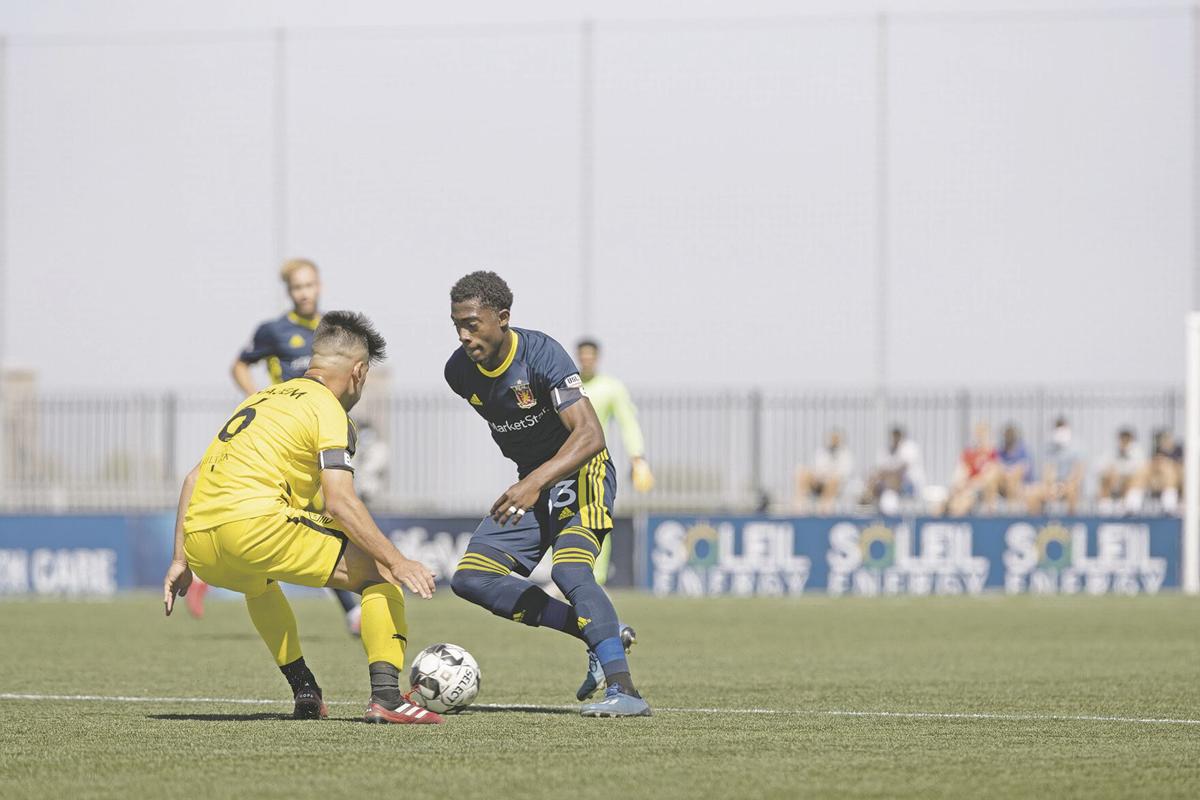 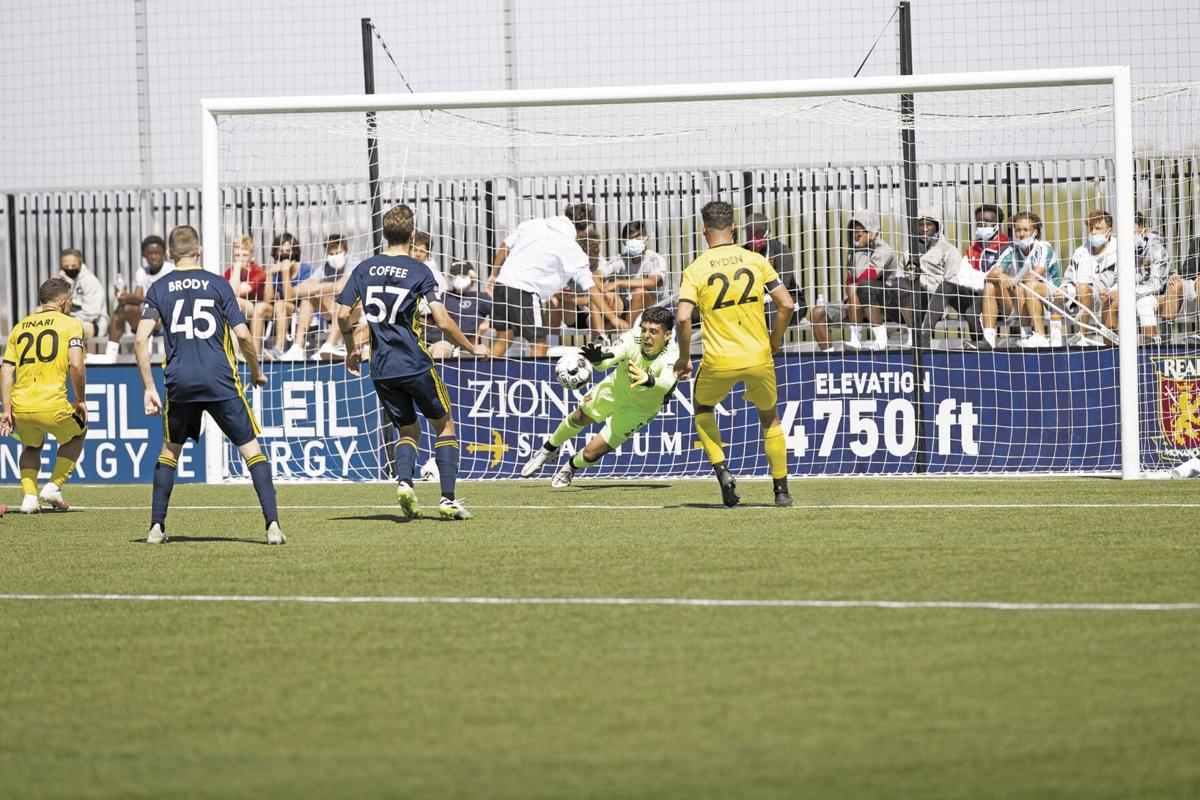 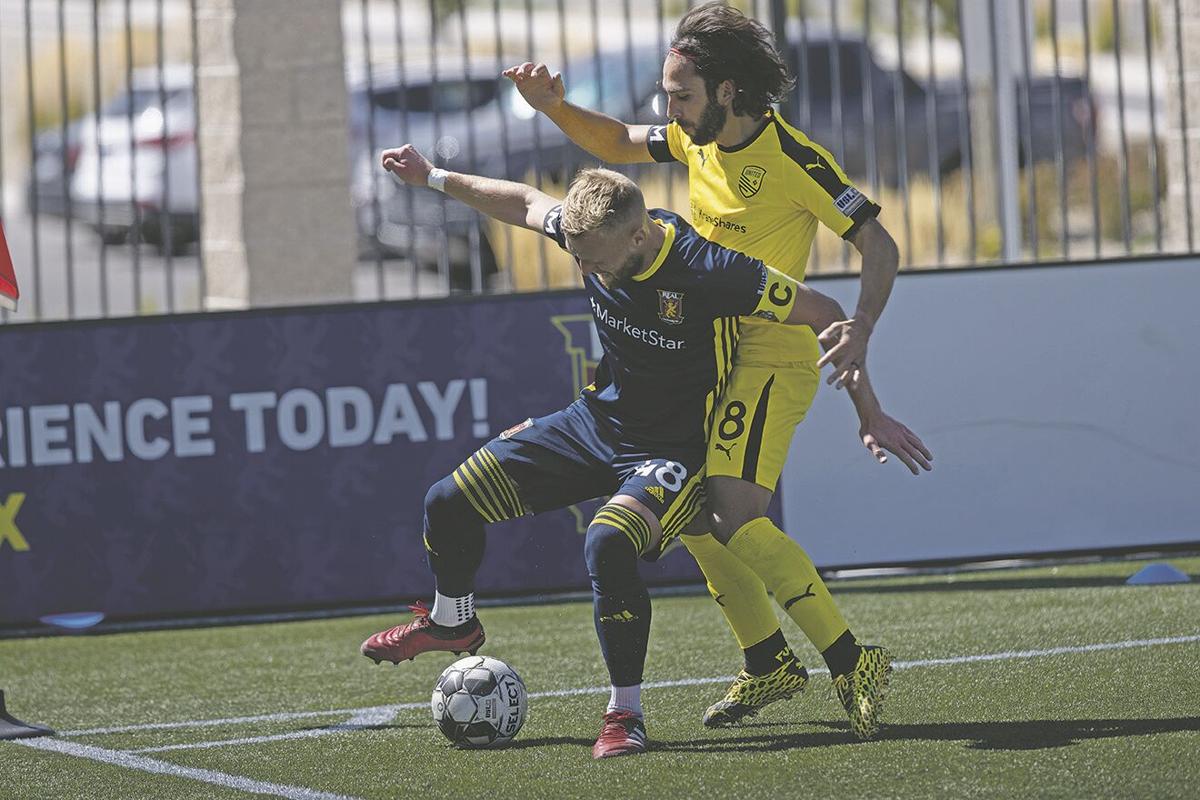 Mark it down: Amando Moreno is a force to be reckoned with.

The New Mexico United’s go-to guy on offense extended his points streak to a club-record nine straight games with both goals in New Mexico’s 2-0 win over Real Monarchs SLC on Saturday afternoon in Herriman, Utah.

The 5-foot-7 forward — who celebrated his 25th birthday Thursday — has scored all six of his goals this season (along with five assists) during the points streak, tying him for the team lead in goals scored with Chris Wehan.

It was Wehan who helped serve up Moreno’s first goal toward the end of the first half. In a match played under sunny skies just outside Salt Lake City, he chased down a through-ball into the box and drove a running shot that squeezed out of the grip of Monarchs goalkeeper David Ochoa.

As the ball spun toward the goal line, Moreno swooped in from the opposite direction and beat Monarchs defender Nicolas Gimenez to the spot. Moreno’s foot got just enough of the ball to shove it into the net as both players slid baseball-style into the area.

It was the third of three quality shot attempts by Moreno in the opening half. He missed wide by about 6 inches on a shot inside the box in the seventh minute, then lined a chest-high dart that Ochoa punched away in the 16th minute.

It was another Wehan-Moreno combo that put the game out of reach with another goal in the 65th minute. Wehan gathered a crossing pass from Devon Sandoval on New Mexico’s half of the field and Wehan booted it over the midstripe to a streaking Moreno, who dribbled straight in unabated toward Ochoa.

Ochoa came off his line to defend near the edge of the box but it had no effect. Moreno skipped right past and nursed a point-blank shot into an open net as Monarchs SLC was called for an offsides penalty. Replays showed Moreno well in front of the defense when he got the ball but perhaps just a half step behind the defense when Wehan’s pass was on its way.

Both teams had plenty of chances with 22 combined shots.

The win leaves the United in first place of Group C in the USL. At 7-3-2 with four matches remaining, the team’s 23 points are nearly enough to clinch a playoff berth. Each group’s top two teams advance to the postseason.

To reach the playoffs for a second time in as many years, New Mexico needs just one win in its final four matches or a Monarchs loss or tie in its any of its five remaining games to guarantee a spot.