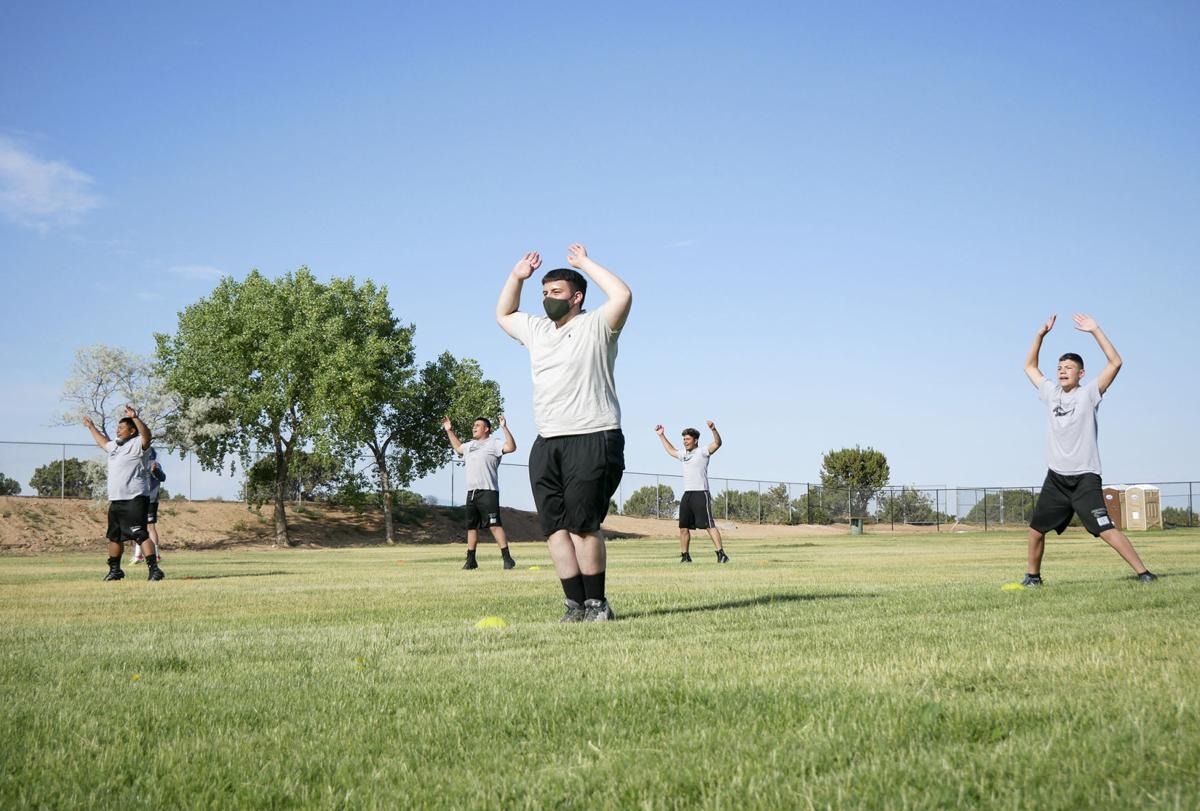 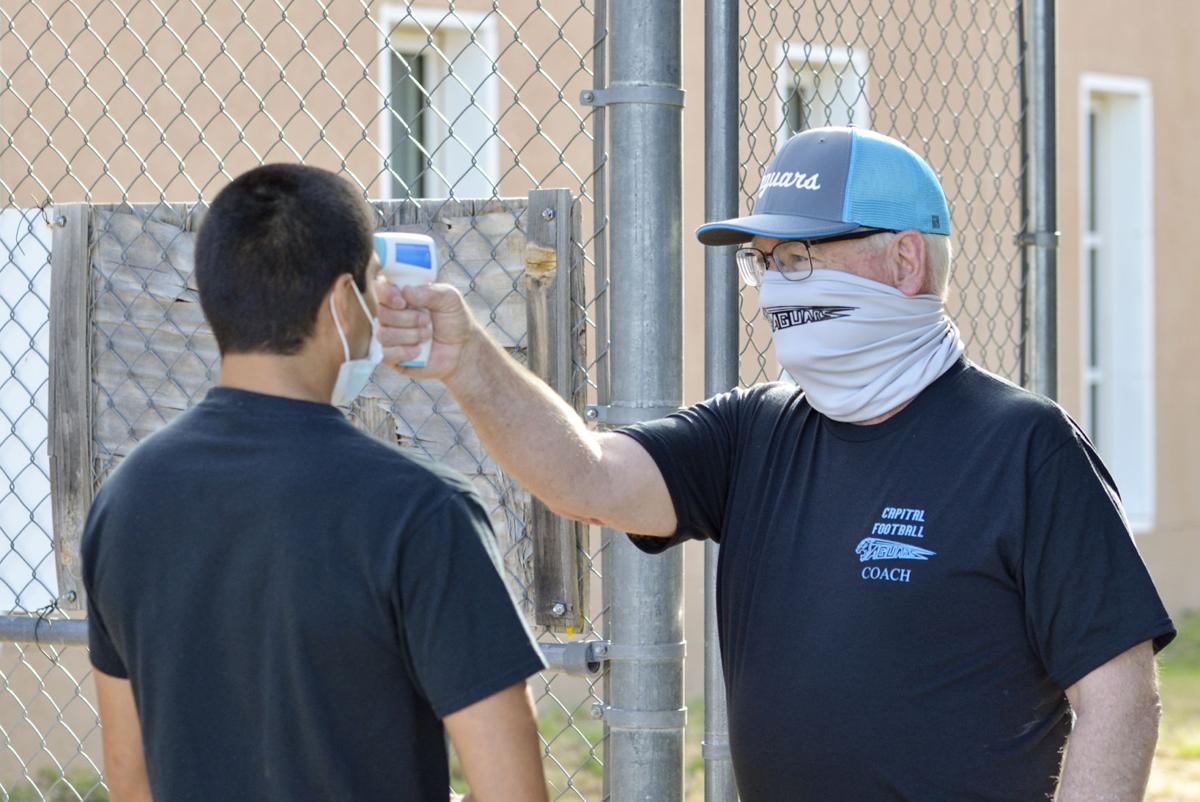 Capital head football coach Bill Moon checks the temperature of his players Monday as they arrive at Capital. 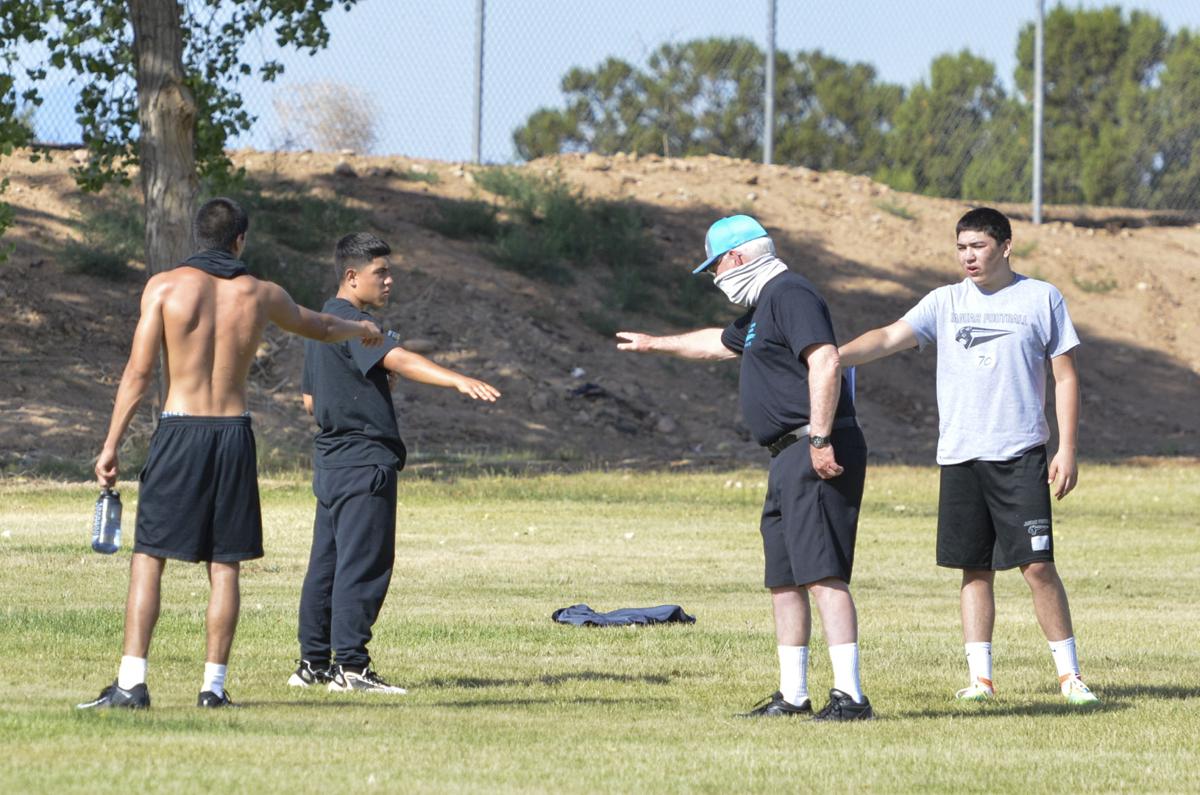 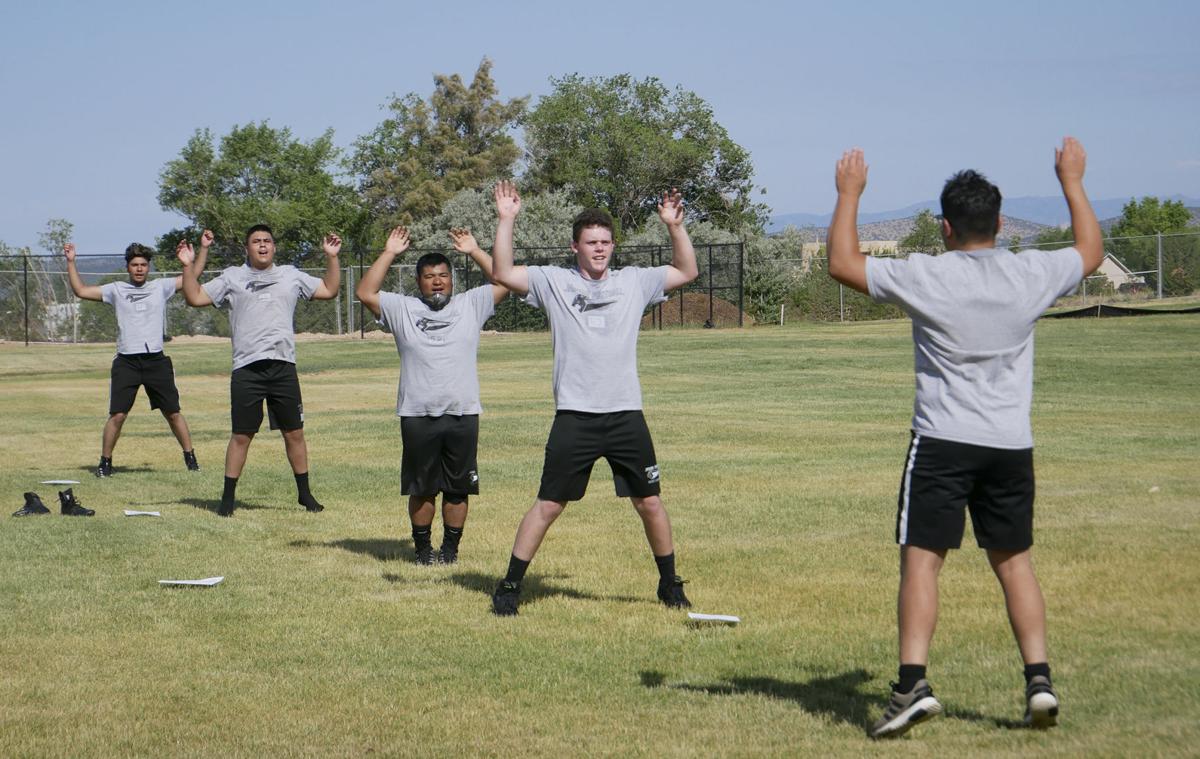 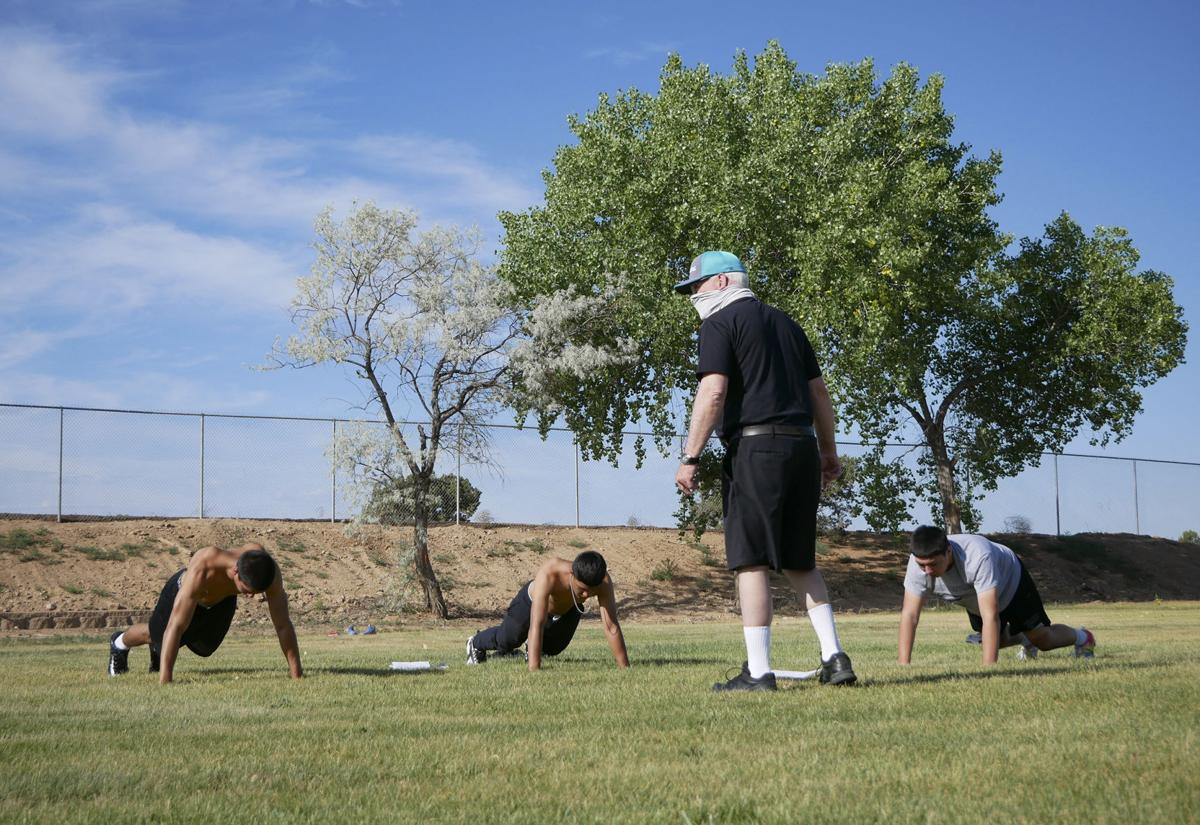 Capital head football coach Bill Moon checks the temperature of his players Monday as they arrive at Capital.

Dominic Martinez likened Monday to the first day of school, only better.

“I was ready to come [Monday],” said Martinez, a junior linebacker/wide receiver. “I went to bed early. I was all ready to go, ready for football. It’s like my first day of school.”

Will Martinez be as jazzed about returning to the classroom?

“Hell no,” Martinez said. “It’s football that gets me pumped up.”

This was no ordinary first day. This was the first time athletic programs across the state could begin summer activity amid the COVID-19 pandemic, which effectively shut down the state for more than two months. The New Mexico Activities Association took the unprecedented step of overseeing and creating guidelines for coaches and players to abide by for the summer as Gov. Michelle Lujan Grisham eased restrictions of the stay-at-home order.

Unprecedented also describes how schools must operate under tight guidelines. Capital’s football team was among the first to hit the field to start workouts, and mask-wearing players were greeted by coaches with face scarves covering their noses and mouths. Jaguars head coach Bill Moon held a touchless thermometer and aimed it at players’ foreheads. Assistant coach John Salazar took down their readings and inquired about how they felt prior to walking toward the practice field to the south of Jaguar Field.

There were pre-participation examination waiver forms given to players for them to fill out with medical risk questions. The queries ranged from passing out during exercise to head injuries to exposure to COVID-19 over the past year.

When the Jaguars lined up, they did so in four rows of three to five players, 6 feet apart. The coaches emphasized during the first 15 minutes of the session the importance of maintaining social distancing as they entered and exited the premises as well as during practice.

While all of the new guidelines and protocols seemed unusual and out of place compared to what the Jaguars were accustomed to prior to the epidemic, Moon said the key was to treat them as if they were not.

“First of all, you demand, and you act like stuff’s normal,” Moon said. “Do I want you to do pushups with your index finger? Sure, go ahead. If I show them that this is strange and it can’t be done, then it can’t be done.”

No, there were no one-finger pushups, but Moon and his staff of five coaches separated the Jaguars into pods of no more than five players and put them through the first of hopefully many workouts to prepare for the upcoming season.

It was clear that most of the players were not in tip-top shape, but the coaches focused more on making sure players found a pace that was to their liking than trying to push them.

“There is no shame in being on your knees [Monday],” Moon told his pod. “Just don’t be on your knees on Fridays [during the season].”

Capital had two sessions for its varsity and sub-varsity players, with a group of 23 players that were practicing with another five coaches at Nina Otero Community School.

The football team was not the only program starting summer activity. The volleyball team also hit the court Monday evening.

Martinez said the in-person workout was more challenging than the virtual workouts the team performed while school was closed in the spring. He felt they were better because the players could push each other, as well as the coaches.

“They’ll push you a little more,” Martinez said. “They want to get you to the next level, so they’ll ask for a little more. When I am at home, there is no one pushing me as much.”

The only issue Moon felt could become problematic is the usual touching and camaraderie players enjoyed pre-pandemic. The days of high-fives, hugs and pats on the butt are gone for the moment, but Moon said that is just emblematic of the need for social contact people crave in general.

However, he saw how players reacted to each other during the workouts — even in a contact-free zone.

“Initially, I had my back to the hillside so that my players would face away from all the others, and a couple of [other pods] did, too,” Moon said. “It didn’t take more than two or three minutes for them to face each other, so you could measure each other and see and share.

“I’ll tell you what, if they ever do let us pat each other on the back and get in the huddle and do all that stuff, these kids are going to light up.”