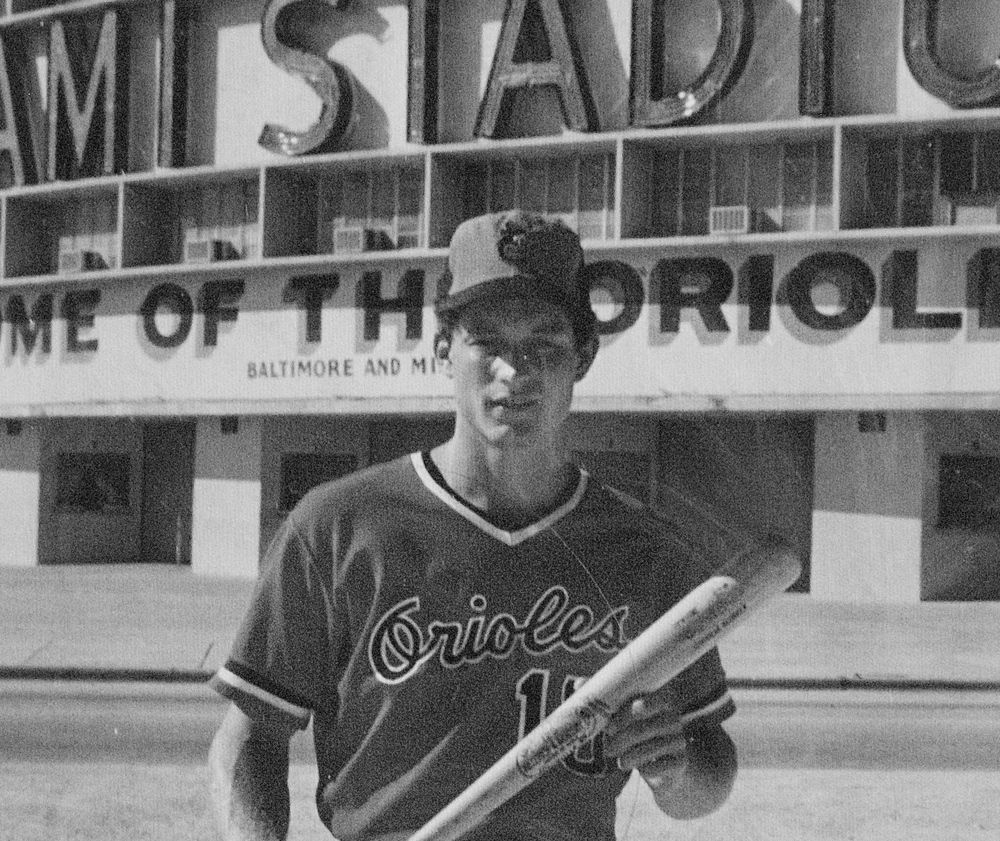 Scott Christopher began his minor league stint with the Baltimore Orioles’ farm team in Miami in 1977. Part of his time in the team’s system included parts of two seasons with eventual Hall of Famer Cal Ripken Jr. 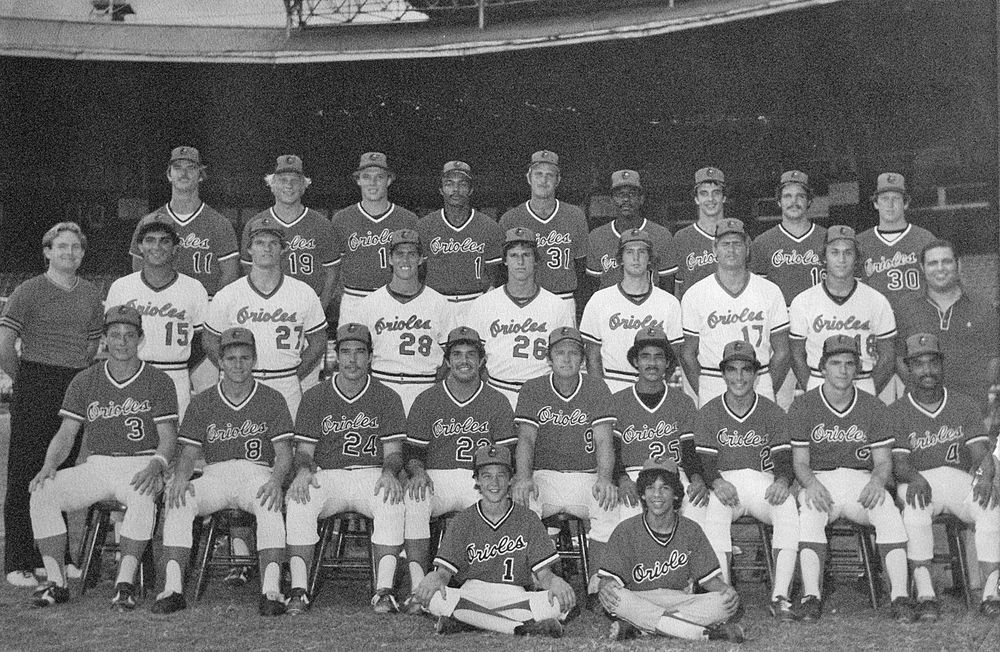 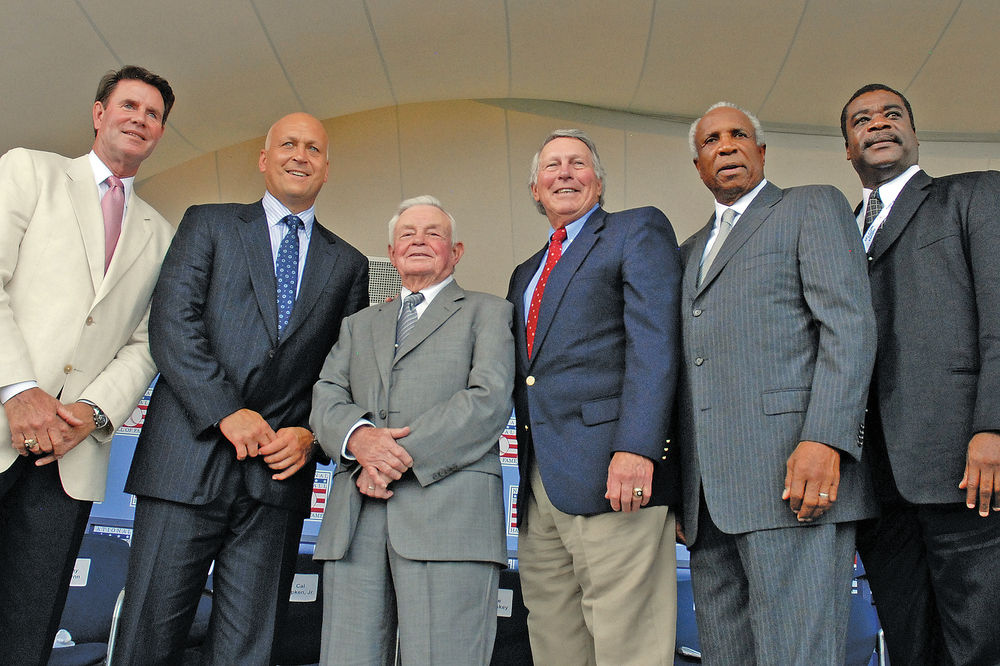 ABOVE: Santa Fe’s Scott Christopher snapped this photo of the Orioles’ Cal Ripken Jr. taking a cut the night he played in his 2,131st consecutive game, snapping the so-called Iron Man record set by Lou Gehrig. Ripken homered in the game, a 4-2 win over the Angels, on Sept. 6, 1995. TOP: Christopher began his minor league stint with the Orioles’ farm team in Miami in 1977. Part of his time in the team’s system included parts of two seasons eventual Hall of Famer Ripken. Photos courtesy Scott Christopher

Scott Christopher began his minor league stint with the Baltimore Orioles’ farm team in Miami in 1977. Part of his time in the team’s system included parts of two seasons with eventual Hall of Famer Cal Ripken Jr.

America’s pastime is filled with the kind of Hollywood moments that generations are raised on.

Right up there with the best of them occurred the night of Sept. 6, 1995, at Camden Yards in Baltimore, Md., one that will be celebrated by the Orioles this week and recognized by the entire sport on the 20th anniversary. It’s the night Cal Ripken Jr. passed Gehrig’s consecutive games streak by playing in his 2,131st straight game.

A record that was thought unattainable, Ripken topped it in grand fashion with a pair of hits that included a dramatic solo home run in front of a sold-out stadium and national television audience. His impromptu mid-game celebratory lap to commemorate the mark is as much of an iconic moment the sport has seen in its long and extended history.

It is often credited with helping salvage the game’s reputation following a 232-day player strike that wiped out the 1994 World Series and bled into the start of the ’95 season. Attendance was down and fans were fed up with the bloated salaries. The healing began in earnest when Ripken went on his slow-paced jog around the warning track of Camden Yards, high-fiving fans and pausing to shake hands.

It was a feel-good moment the sport needed.

With a front row seat for every moment of it was Santa Fe’s own Scott Christopher. An artist by trade, he spent parts of four seasons in the Orioles’ farm system, two of which were on the same minor league team as Ripken.

“The stadium was electric that night,” Christopher says. “I can’t even describe it. I’m not sure baseball will ever have a night with that kind of energy again.”

An all-conference player in college at the University of Maryland, Christopher was a gritty outfielder who played with guts and a superior IQ. He got his courage from a devastating injury to his right wrist at age 6 when he toppled off a set of bleachers at a Little League game and landed on a Coke bottle. The cuts severed several tendons, causing permanent damage in his throwing hand.

He literally had to re-invent himself growing up, learning to fight through the pain and the numbness in his hand. He is fond of saying he left plenty of blood on his bat handle and gallons of sweat on the field while making believers out of those who doubted him. He went undrafted out of college, but worked his way onto Baltimore’s offseason farm team in Florida.

He and Ripken were teammates on the Orioles’ high-A farm team, then again a year later in Double-A at Charlotte. While Christopher’s career ended in 1980, Ripken burst onto the national scene the following year.

It ended, of course, with a Hall of Fame induction that was endorsed by two MVP awards, a World Series title and more home runs than any shortstop in league history. Christopher’s career moved into the art world, eventually leading him and his three daughters to Santa Fe in the mid-80s.

All three of his kids graduated from Santa Fe High, making his gallery and his home a place of solitude that sometimes seems a million miles from the roaring crowds of the big leagues.

“I’m an artist in an athlete’s body, but art and baseball are both in my blood,” Christopher says. “I’ve trained for both and done well in both.”

On that night nearly 20 years ago, Christopher traveled from Santa Fe to Maryland and got a team-issued players’ pass to the game. A painter by trade, he’s also an accomplished photographer just like his father. He had all his gear with him as he wandered around the stadium that night.

To get the photo he’s most proud of — one of Ripken in full swing with the Angels’ dugout in the background — he had to finagle his way to the front row above the Orioles dugout. As he describes it, the usher was under strict orders not to allow anyone access to the spot he wanted.

“A woman sitting near us heard the entire exchange and she gave up her seat for me to get my shot,” Christopher says. “It was perfect timing. And the perfect spot.”

Christopher presented the photo to Ripken and sent the image to the team and several players on that year’s roster. Twelve years later, he was there again to photograph Ripken’s induction into the Hall of Fame.

While he can talk for hours about the things he’s seen and events he has participated in, it wasn’t until he sat down and pounded out his own memoir that his experience playing baseball came to life. In it, he describes his time on the diamond between 1967-80, pausing for effect on certain moments.

Among them is his time with Ripken.

With the 20th anniversary of Ripken’s iron man record about to be remembered, Christopher says he’ll watch with fondness from here in the high desert.

While the recollection is fun, the act of simply being there when it actually happened was so much better.