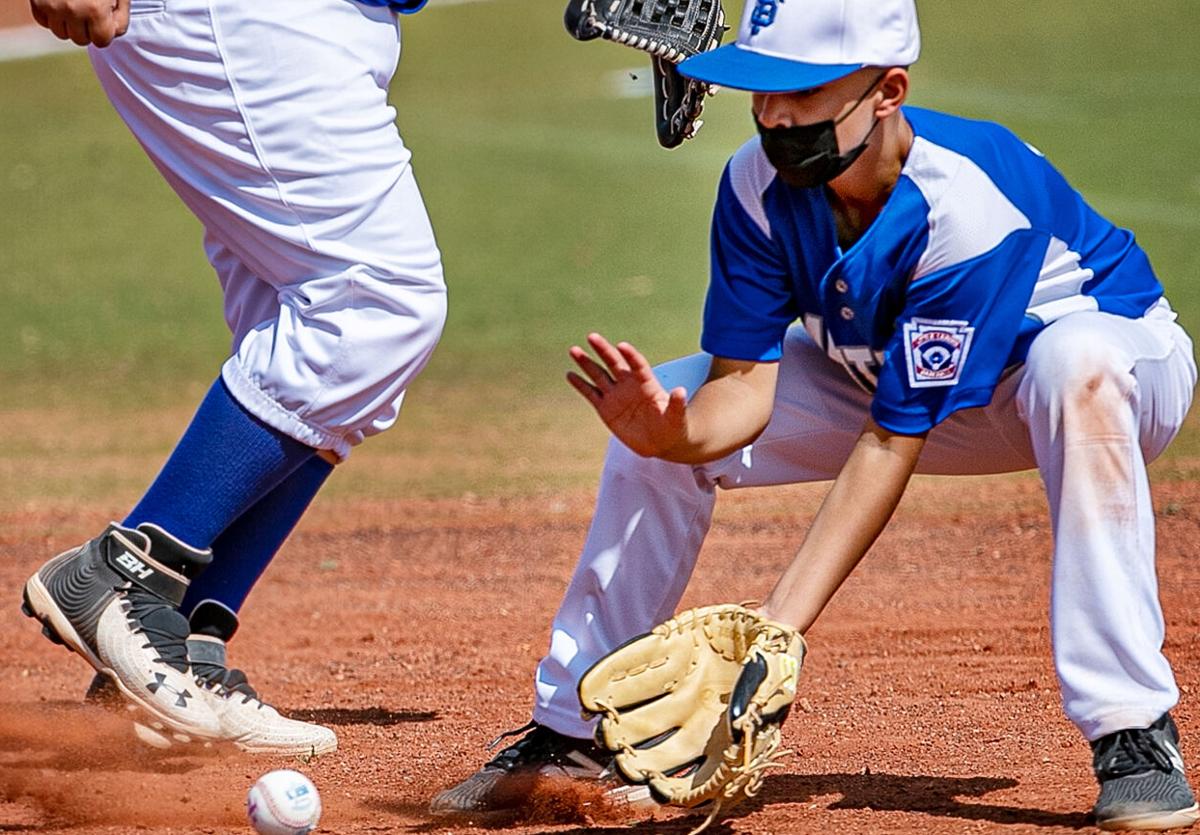 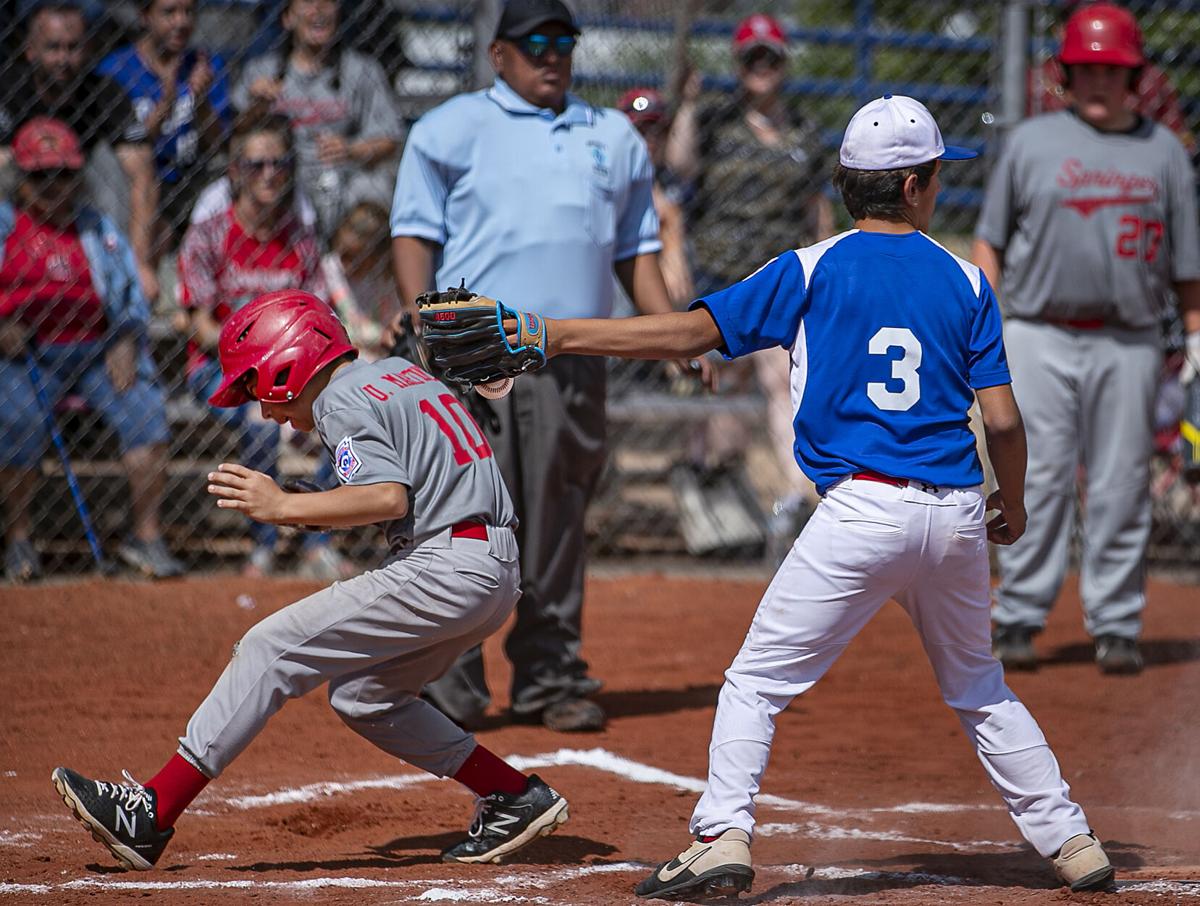 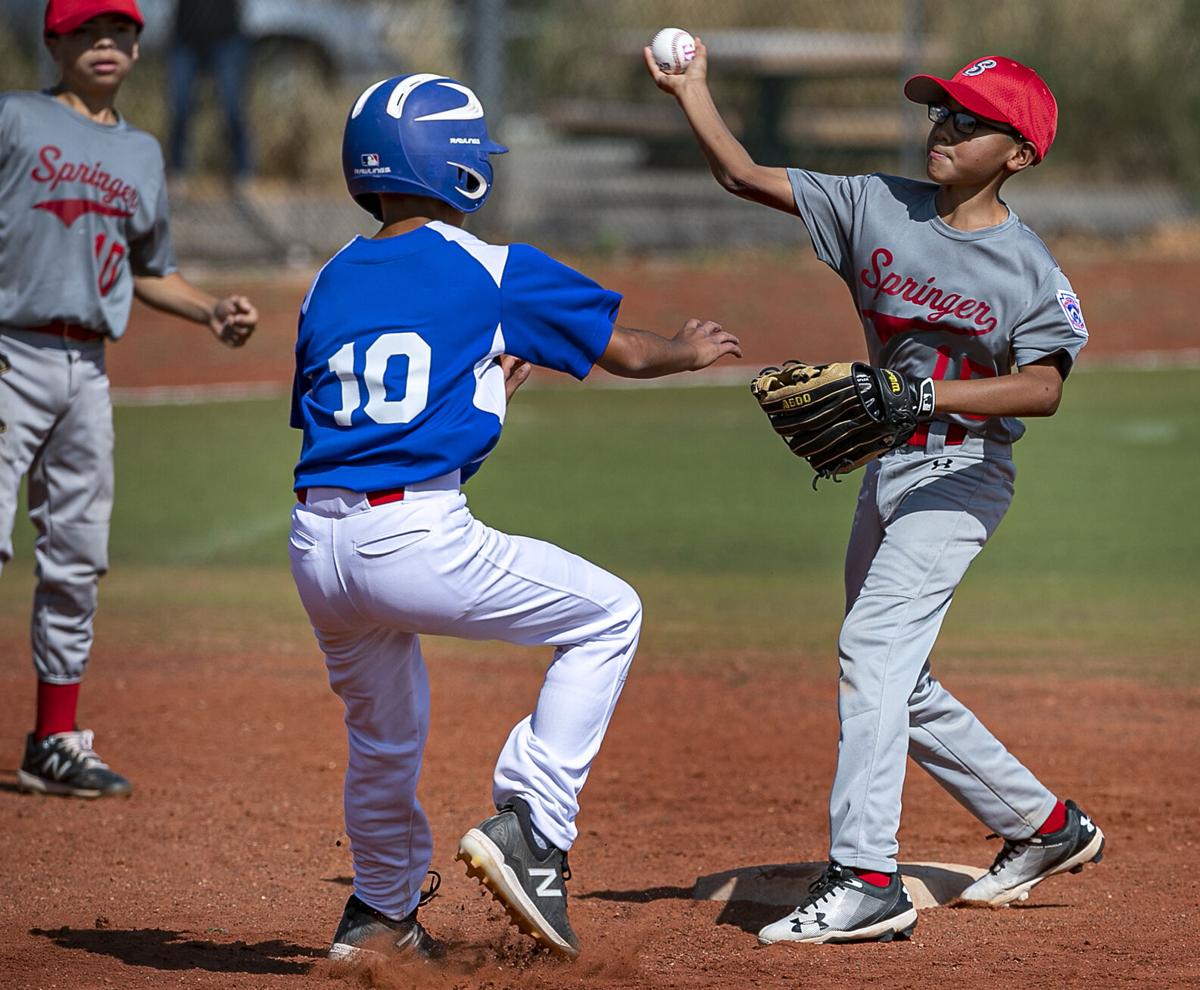 Have yourself a day, Zach Herrera.

The 12-year-old from Tesuque single-handedly showed just how romantic the game of baseball can be when he, in just the span of a few minutes, seemingly came out of nowhere to make a miraculous game-saving catch in the outfield and then launch a game-winning home run.

Those moments capped a wild and dramatic start to the Little League Baseball Majors State Tournament at Alto Park on Saturday morning. With a Santa Fe team making an appearance in the annual tournament for the first time since any of the players were born, it was Herrera’s heroics from the bottom third of the order that helped the Santa Fe All-Stars to a 5-3 win in extra innings over Springer.

What’s more, it gives Santa Fe a much-needed win in a tournament that will send its champion to the Little League Southwest Regional in Waco, Texas, next month.

“Since I’ve moved here, I wanted Santa Fe to take baseball and kind of run with it because there’s a lot of talent here,” said Santa Fe coach Andrew Carbajal. “Every win we get, hopefully it shows we’re taking that next step.”

For the majority of Saturday’s game, it didn’t look like the Santa Fe team would get the win. Springer, which opened the tournament with a 17-4 demolition of Silver City on Friday night, led most of the way and carried leads of 1-0 and 3-2 into the final two innings.

Down a run, Santa Fe got a clutch two-run double in the top of the fifth from Logan Gallegos. Down to his final strike with two outs in the frame, he lined a shot to the fence to give Santa Fe a 2-1 lead. Springer got those runs right back in the bottom of the frame and were three outs from a win when Darrell Carbajal led off the sixth with a no-doubter that cleared the power alley fence by 25 feet.

As the ball sailed out on its line-drive trajectory, Carbajal walked the first 15 feet down the line before dropping his bat and shouting into his own dugout.

“That was huge,” Herrera said. “Darrell always does stuff like that.”

Little did anyone know Herrera’s time was coming. Little League games only go six innings; Saturday’s went eight as both teams stranded a pair of runners in the seventh.

Springer had two runners on with two down in the bottom of the frame when Rhett Smith, who’d launched a solo homer to open the scoring in the second inning, drove a sinking liner toward Herrera in right. Racing in at the moment of contact, Herrera caught the ball just inches off the ground to send the game into the eighth.

“I wasn’t thinking when he hit it,” Herrera said. “I just ran in and caught it. No big deal.”

Humility aside, Herrera wasn’t done. Not even close. Named to the All-Star team after a solid year playing mostly in the infield, he only had a cup of coffee in center before the tournament began. Still, coach Carbajal said, the coaching staff had a gut feeling about him.

“Me and the coaches, we knew putting him in as a defensive replacement out there would help us,” Carbajal said. “With his bat, in [batting practice] he’s been killing it. We were lucky to have him come up there in that situation. He was perfect for that spot at that point in time.”

With Jedrek Lewandowski already on base, Herrera stepping to the dish with a chance to make some magic, and that’s exactly what happened. Herrera’s go-ahead blast to the opposite field was his first home run of the season.

“I don’t even remember what I did going around the bases,” he said. “I could hear everyone [cheering] but I didn’t want to look. My coach gave me a high-five, that’s about it.”

Darrell Carbajal took the mound in the bottom of the eighth to get the three-out save. The win went to Gallegos, the third of four pitchers after Aidan Cedillo got the start and Finn Evans came on in relief. Both Evans and Gallegos exceeded the 35-pitch count, meaning they’ll require two days of rest before taking the mound again.

Carbajal will start Sunday’s game. After that, it’s anyone’s guess.

For now, the win belongs to Santa Fe and the spotlight is pointed at Herrera for coming through in the clutch — twice.

“Just to get that first win, it means so much to these boys and, you know, all of Santa Fe,” Andrew Carbajal said. “These games, these tournaments — they bring out the best in players you don’t hear about. [Herrera], wow. He’s capable of that every at-bat, just like they all are. All it takes is one moment, one chance.”

All games at Alto Park in Santa Fe