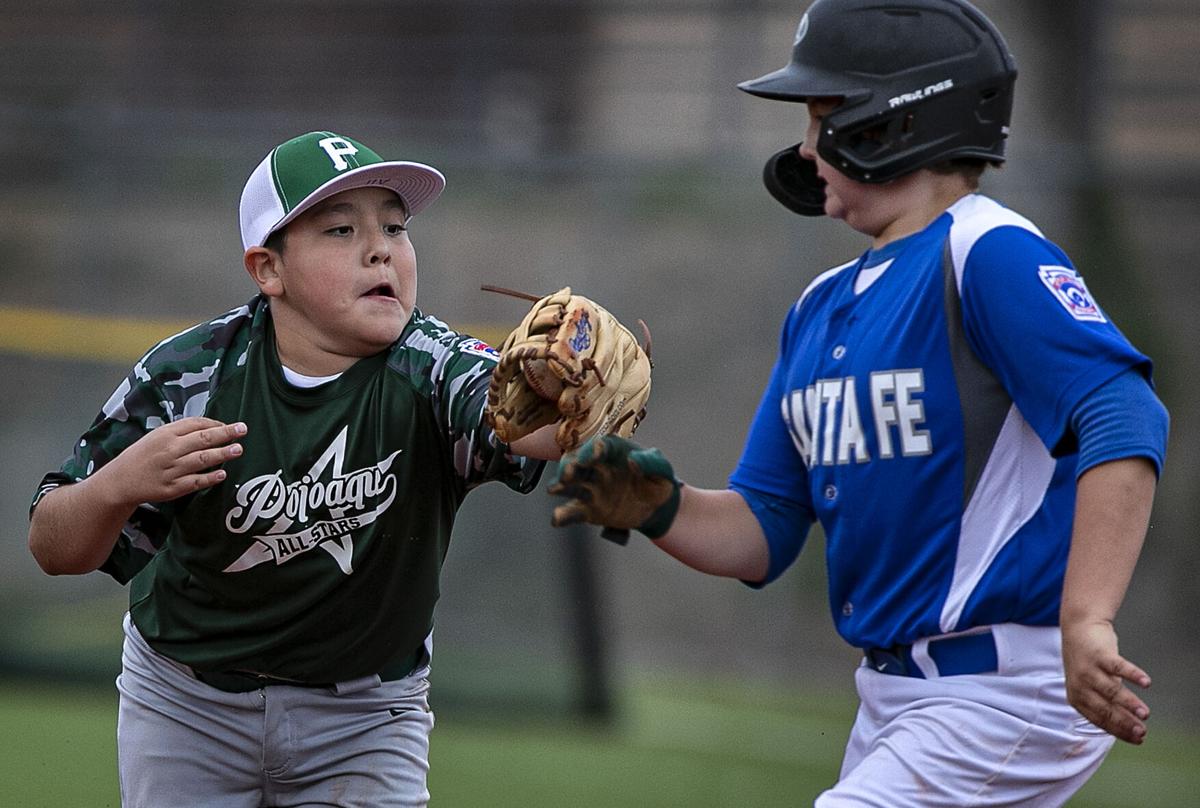 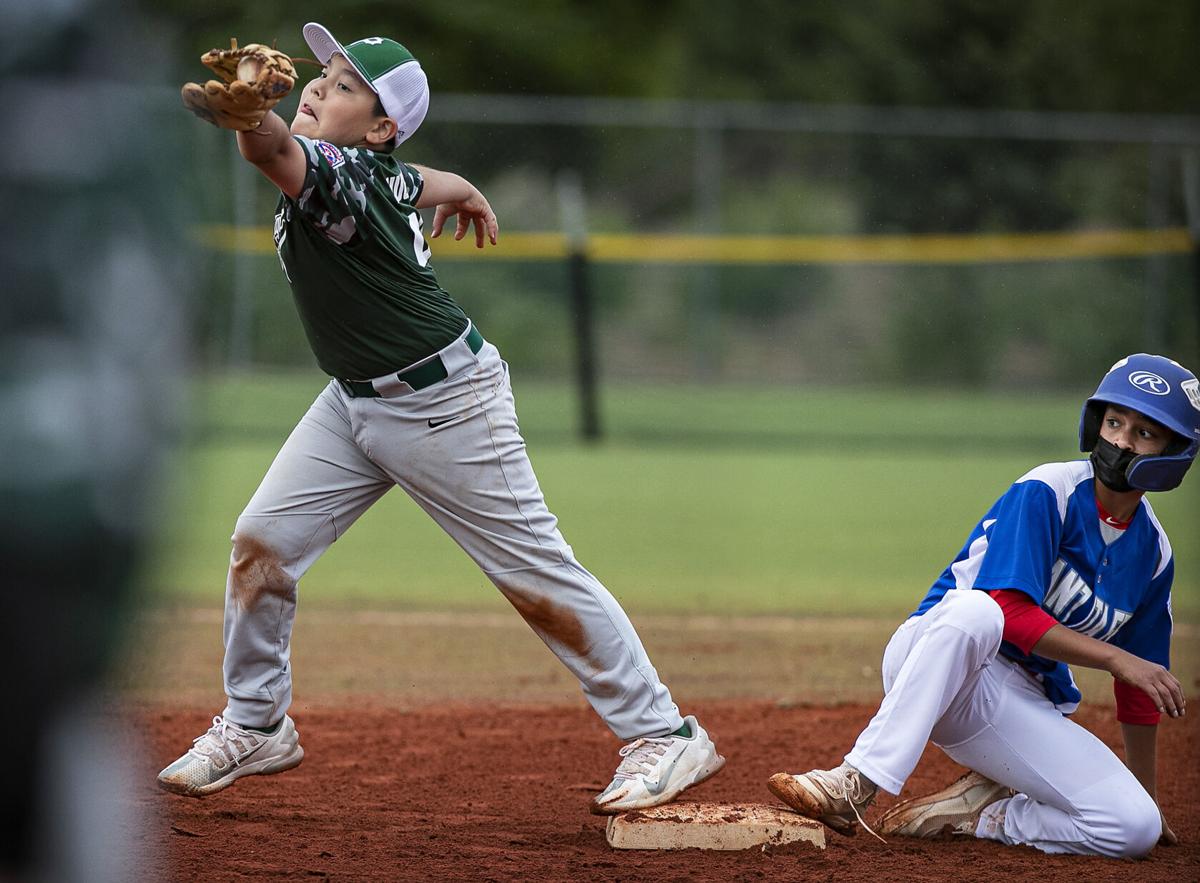 Pojoaque's Alonzo Hughes is late on the second base play as Santa Fe's Aidan Cedillo slides in safe during Wednesday's game at Alto Park.

Pojoaque's Alonzo Hughes is late on the second base play as Santa Fe's Aidan Cedillo slides in safe during Wednesday's game at Alto Park.

The red carpet has been rolled out, the teams are in place and the players are ready.

All that’s needed is an umpire to shout, “Play ball.”

The annual Little League Majors Baseball State Tournament — the age group whose storybook ending will leave one team celebrating a World Series championship in Williamsport, Pa., later this summer — kicks into overdrive with eight games over the weekend, all of them at Santa Fe’s Alto Park.

It’s the first time Santa Fe has been chosen to host the Majors tournament since 2009. You’d have to go back another six years to find the last postseason event that included a team from Santa Fe.

“We’re so happy it’s finally time,” said Andrew Carbajal, the head coach and proud father of one of the players on the Santa Fe Little League All-Star team that dominated the District 1 championships nearly three weeks ago en route to this weekend.

The 12-member roster is loaded with three solid starting pitchers and has more than enough offense to make things interesting. The team will be on the field first thing Saturday morning, facing the winner of Friday night’s Silver City-Springer game.

The tournament is nine teams deep, getting district champions from as far away as Carlsbad, Artesia, Clovis and Silver City, and teams from the metro area like Rio Rancho, Albuquerque and Belen.

It’s a double-elimination format with the winner getting crowned late next week, as late as Friday, in an if-necessary game that will send the state champion to the Little League regional tournament in Waco, Texas. It runs from Aug. 5-11.

The winner there would then represent the Southwest in the Little League World Series from Aug. 19-29 in Williamsport.

Getting there, Carbajal said, requires a huge dose of dreaming — and an even bigger dose of pitching. Little League rules say a pitcher must get at least one day’s rest if he (or she) throws more than 35 pitches in a game. If they reach an 85-pitch limit, it’s three days.

“That means you might get one or two innings before they hit 35, if you’re lucky,” Carbajal said. “You can’t win one of these tournaments if there’s not at least four or five kids who can take the mound.”

The key is avoiding an early loss. The team that rolls into the championship game through the winner’s bracket would have to win three games in three days, then get a three-day break before next week’s finals. A loss in the first round means a drop into the elimination bracket with the prospect of needing to win at least five games in as many days just to reach the championship game.

“We’re hosting this thing but, you know, we don’t really feel any sort of pressure,” Carbajal said. “You see how your players react in their body language and our players, they look fine. They’re relaxed. Well, not relaxed. They’re excited but not nervous.”

Carlsbad’s Shorthorn Little League is a juggernaut. It is the two-time defending New Mexico state champion (there was no tournament in 2020 because of pandemic restrictions) and has been in the finals four straight times. If you’re looking for a favorite, you found it. ... The District 8 champion is Sunset Little League out of Rio Rancho. The District 8 champion has traditionally been on the same level as Shorthorn as Albuquerque powers Eastdale and Paradise Hills, along with Rio Rancho’s Cibola, have been super competitive at a statewide level. ... Santa Fe hasn’t had a state champion since 1996. No city team has reached the finals since 2002.