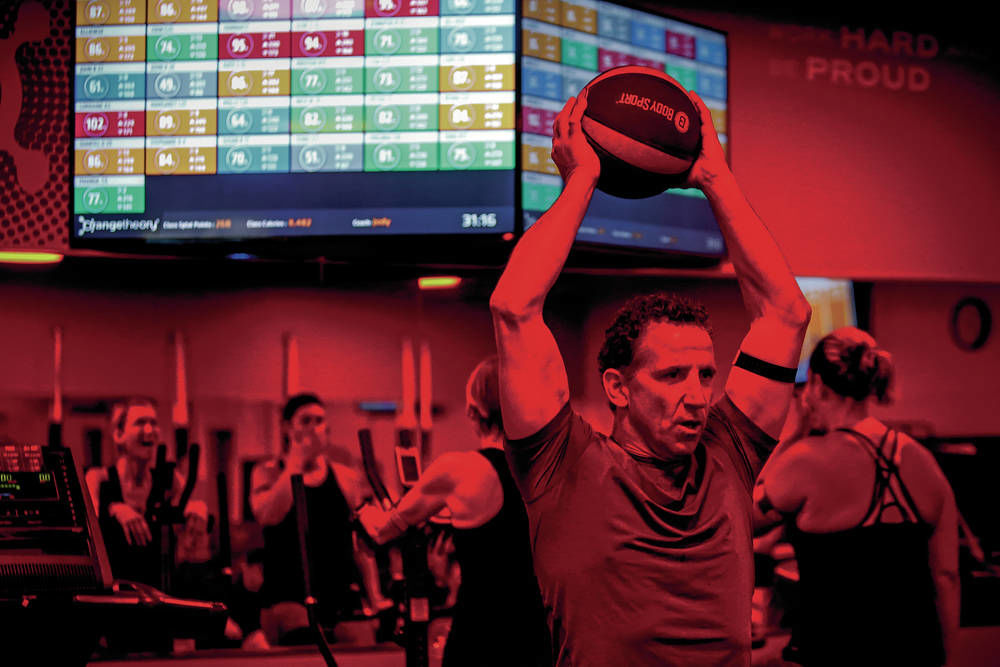 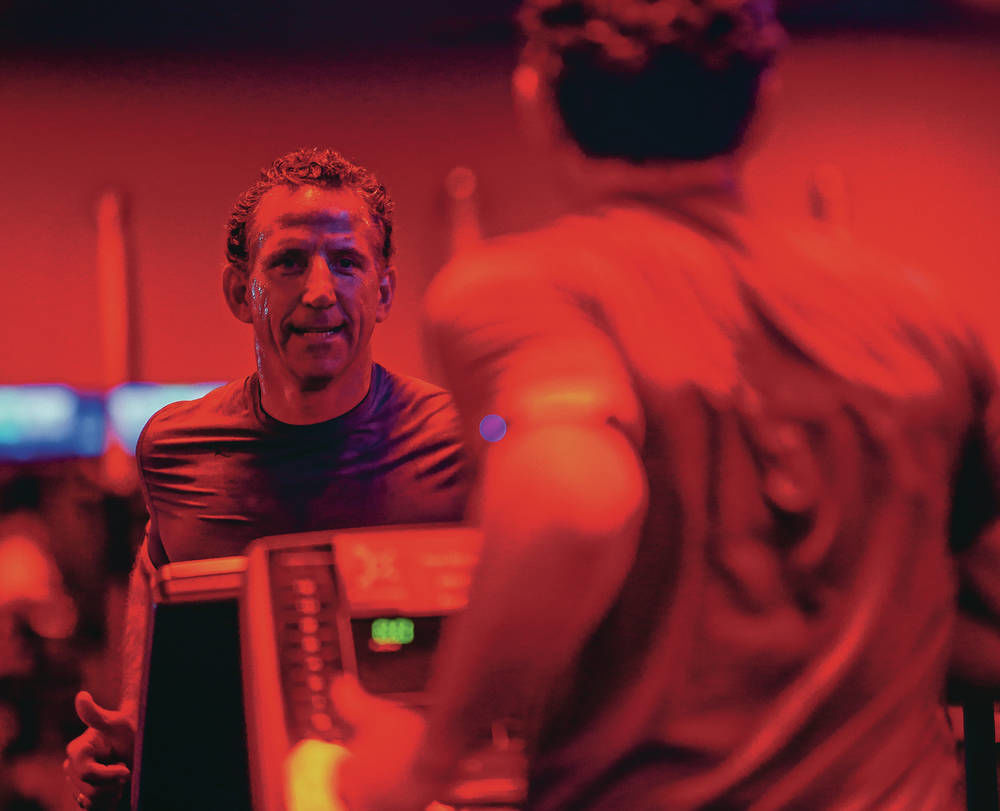 Go ahead, the owner of New Mexico’s newest professional sports franchise dares you.

Peter Trevisani spent much of his life doing just that for himself, starting with his playing days as a linebacker at Boston College and a career’s worth of life-altering decisions in finance. He has traveled the world, lived abroad, tinkered in mixed martial arts, raised a family and, now, from his adopted hometown of Santa Fe, launched a startup that could permanently change the landscape of sports in our state.

What Trevisani wants from you is to see what he does when he walks across a swath of freshly laid sod at Isotopes Park.

“How can this not get you excited?” he says, surveying the surroundings during a recent event for season ticket holders of the New Mexico United.

The United expansion franchise is one of nine such franchises in the United Soccer League, a second-tier league a notch below Major League Soccer.

“We’re bringing an elite level of the game to our state,” Trevisani says. “We’re trying to change the way we do things and, really, so many people are pulling together to make it a great experience.”

So great, in fact, that the United have secured stadium rights to share the Holy Grail of New Mexico outdoor sports venues, Isotopes Park, with the Albuquerque Isotopes for the next two years. After that, the club hopes to secure either a long-term deal to stay there or, as Trevisani dreams, moving into its own downtown facility.

“One way or another,” Trevisani says, “whether it’s a partnership of public and private interests, we will need a soccer-specific stadium. We have to think along those lines. Now all we have to do is go out and prove it’s worth it.”

By that, he means regular crowds of 8,000 or more during the team’s 18-game home schedule that begins in March and runs concurrently with the Isotopes for at least a couple months. It presents a logistical challenge that underscores Albuquerque’s desire to make soccer work at the baseball-only ballpark.

This month, the city-owned facility had its grounds crew excavate the pitching mound and most of the infield skin to lay down sod used for an exhibition match last week. Where it once was dirt is now solid grass, giving the field an odd look for any baseball purist used to seeing things only one way.

It’s pretty much how one United front office representative described it: “It’s like being married to a blonde and then coming home to a redhead. Just a change of pace, that’s all.”

Behind it all is Trevisani, an enthusiastic 50-year-old who has already negotiated an agreement with the University of New Mexico to use its soccer facility for practices during the season.

“I have to say this, working with the guy has been easy,” says UNM athletic director Eddie Nuñez. “We appreciate what he’s trying to do over there, and we’re not here to take advantage of anyone. They’re a startup and, really, it’s in everyone’s best interest to try and make things succeed. We can help them by renting them space and they help us by raising the funds to cover our costs.”

A Santa Fe resident for most of the past 20 years, Trevisani admits he was never a soccer guy as a kid — or as an adult, for that matter. Growing up in Boston he was more a fan of traditional sports, paying little attention to the sport that eventually became his focus.

His grandfather owned a sports bar adjacent to the old Boston Garden, giving the family what seemed like unlimited access to the Celtics and Bruins — and all of Boston’s undying love for the hometown team.

“It’s all part of my DNA,” Trevisani says. “I practically grew up in the Garden.”

It wasn’t until a few years ago that he drafted a list of five things he wanted to do besides spend time with his family. It included health and fitness goals, to immerse himself into local arts and business, and to create change by investing in something that benefits the public interest.

“And by that, I never thought it would be as the owner of a sports franchise or, really, anything to do with sports,” Trevisani says. “There’s a long answer to this, but the short of it is I can see real change made by doing it.”

Trevisani made his fortune working with Thornburg Investment Management, a Santa Fe-headquartered firm founded in 1982. Right around the time Thornburg was on the verge of blossoming into a finance success story, Trevisani was pulling on the No. 47 jersey for the Boston College football team.

Among his teammates were Darren Flutie and future NFL tight end Mark Chmura, but perhaps his best story from those days — aside from the touchdown he scored on a blocked punt against Louisville — was the time he was caught on national TV running downfield on a kickoff against USC.

“I didn’t know this until later,” he says, “but the film showed me run right past [future Hall of Fame inductee] Junior Seau. I was scared the entire way and, yeah, I was the first guy down there. No kidding, I got down there so fast that he had to pick someone and he went ahead and blocked someone else.”

As infectious as Trevisani’s enthusiasm is, it’s even more pronounced when it comes to making goals and living up to them. He focused on triathlons for a time, then mixed martial arts. He’s proud to say he won a pair of fights along the way.

“When someone’s got your arm locked and about to break the bone, you find a level of yourself you never thought you had before,” he says. “It’s amazing what you can learn.”

These days he commutes regularly to Albuquerque and spent plenty of time this fall with his wife roaming the sidelines of Santa Fe Prep soccer matches. Both of his kids played for the Blue Griffins — Luke is a sophomore; Blake a senior — this season.

This spring, he’ll be the proud papa of the United, a team wearing black and gold, which may or may not be a nod to a certain Boston hockey team.

“Peter is, and I say this without hesitation, one of the easiest men to work with I’ve ever known,” says United head coach Troy Lesense. “He brings a fresh attitude every single day. He works through problems and always has a goal. Always. If he says there’s something we need to do, he’ll find a way to do it.”

And that includes, it seems, birthing a soccer franchise that might become New Mexico’s next big thing.

For Trevisani, he wouldn’t have it any other way.

About the United Soccer League: The league is expanding its 32-team base to 41 next year. Among the new clubs joining New Mexico is the El Paso Locomotive FC. The league was split into two conferences in 2018, with the top eight clubs making the playoffs after a 34-game regular season.

Online footprint: Trevisani has assembled a marketing team to promote his club. Elizabeth Davis is the team’s marketing and communications director, and she anddigital media manager Lukas Cash have launched a full-scale assault on getting the word out.

The players: Lesense has inked six players, two of them native New Mexicans. Defender Josh Suggs is from Las Cruces, while forward Devon Sandoval is a former standout at Albuquerque Eldorado and played at UNM.

Tickets: Yes, seats are already on sale even though the USL is still a ways off from announcing its 2019 schedule. Seats to home games at Isotopes Park range from $10 to $77 if purchased in advance. Season tickets start at $179.

Trevisani said the home opener is tentatively scheduled for March 8.