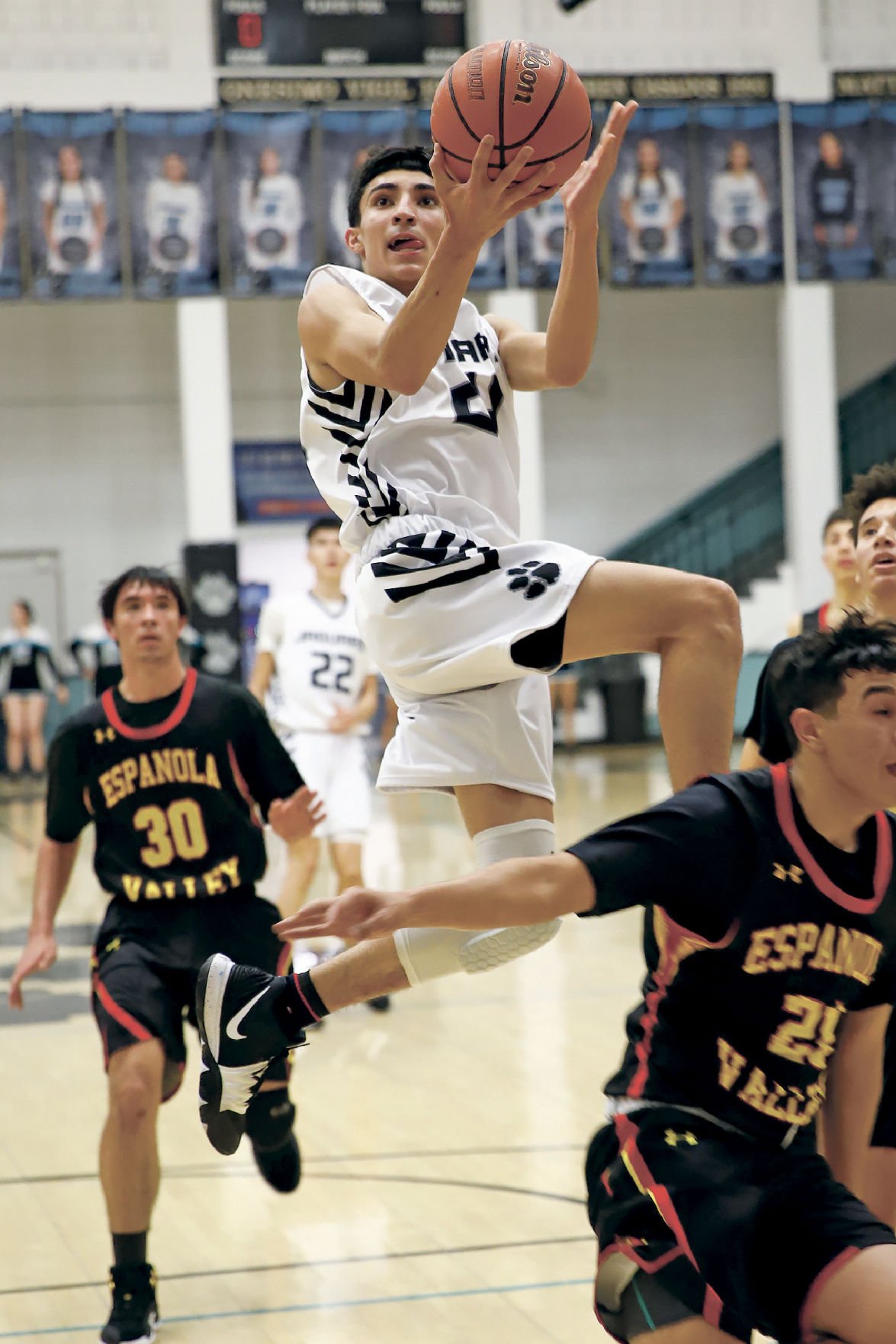 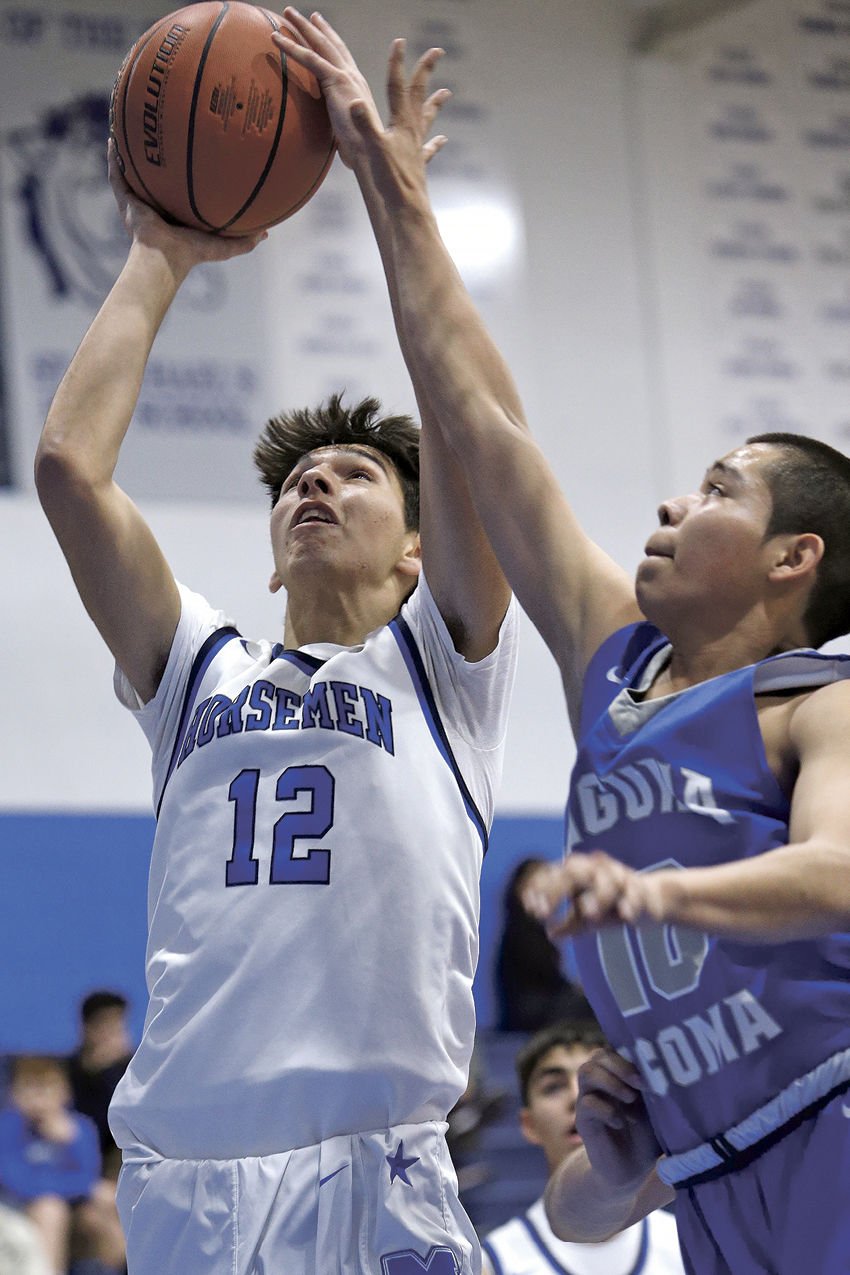 Prep basketball teams are hitting the homestretch, so let’s take a look at how they’re doing.

Two weeks remain in the district regular season, which will play a huge role in where teams are seeded as the unveiling of the state tournament brackets that are just 19 days away. If your team doesn’t make this list, then the odds of making a deep postseason run are slim to none.

So, if you need some motivation for the final push to the season, this is right up your alley.

Where they’ve been: The Demons have been one of the top five teams in the class (whether it was the coaches poll or MaxPreps.com’s Freeman rankings), but two wins over Capital has them in position for a top-two seed. Fedonta “JB” White might be the star, but Santa Fe High’s key to success really depends on a strong starting five complementing the 6-foot-8 junior.

Where they’re going: Regardless of how things play out with its crosstown rival, Santa Fe High appears to be a top-five seed come March. Of course, the key game is Feb. 19 at Capital, and a win there sews up a top-two seed.

Albuquerque potential (on a scale of 1-10): Nine. The only wild card will be Rio Rancho Cleveland. If it fails to rebound after an 0-3 start in 1-5A, then there is a good chance a Storm-Demons matchup could be in the first round.

Where they’ve been: The Jaguars did get the respect they deserved at the start of the season, but beating Santa Fe High put them on the map. They missed a chance on solidifying a top-five seed by blowing a 16-point lead to Cleveland on Jan. 3, and a loss to the Demons on Jan. 30 put them in the five-to-seven range. Regardless, a senior-loaded team, led by T.J. Sanchez, will be a tough out in the postseason.

Where they’re going: Capital has one potential stumbling block for a rematch with the Demons — a rescheduled game against the Bulldogs (TBA, if you’re wondering). If they get past that, then a win over the Demons forces a playoff and opens the door for a top-three seed.

Albuquerque potential: Seven. A few breaks could get Capital into the the top-five as long as it only loses to the Demons. Of course, being a five seed is not an ideal situation, as most state and NCAA tournament fans know.

Where they’ve been: The Tigers have been hot since a three-game losing streak in late December. They are 12-1 since losing to Bernalillo on Dec. 26, and took control of the district with a win over Española Valley on Feb. 6. However, losing 6-5 senior post Noah Armijo to a torn meniscus is a big loss since he provided an interior presence that is missing. Which makes his return all the more important.

Where they’re going: The easy answer is the Feb. 22 game at Española, but the Tigers didn’t beat Pojoaque Valley or Los Alamos convincingly. Any surprise that those games coincided with Armijo’s injury?

Albuquerque potential: Six, but it could be higher. The Tigers have to find an adequate replacement in the paint, or else they could be at risk to a first-round upset, regardless of seed.

Where they’ve been: The Sundevils played like young, inexperienced team, with good moments (winning the Albuquerque Sandia Prep Invitational in early December) to getting blown out by Capital and Pecos to finish the Al Armendariz Tournament. The return of 6-5 sophomore Ollie Fell can’t be understated, as it gives Española experience and depth in the paint.

Where they’re going: This week will tell us everything. If the Sundevils beat Moriarty on Wednesday and Los Alamos on Valentine’s Day, then a win over the Tigers on Feb. 22 forces a playoff and could open the door for a top-five seed.

Albuquerque potential: Six. A first-round game in Edward Medina Gymnasium is exactly what this team needs to get to Albuquerque. Then, all bets are off with Sundevil Nation in tow.

Where they’ve been: Opponents shouldn’t be fooled by that 9-7 record in nondistrict play. The Horsemen are a top-two team in Class 3A, and their 6-0 start to district play proves that. They have the best depth of any team in 3A, and their guards are steadily improving. There is only one team that can stop St. Michael’s, and it’s St. Michael’s.

Where they’re going: The Horsemen need to get past Las Vegas Robertson on Friday to set up a showdown with West Las Vegas to secure the 2-3A title. If they do that, count them as a top-two seed, if not the team to beat in 3A.

Albuquerque potential: Ten. Class 3A is watered down, so the Horsemen should reach the semifinal in The Pit. But then it gets interesting.

Where they’ve been: The Braves have struggled significantly since a 10-6 start to the season. They are capable of playing with any team in the state, but struggled with poor shooting and a lack of confidence at times. Debrylan Candelario, Virgil Valencia and Kobe Garcia can be tough to stop when they’re on, but they have not been consistent enough.

Where they’re going: Better have your bags packed, Braves fans. The goal right now seems to be to finish ahead of Raton in order to secure at least an 8-10 seed. If SFIS catches fire, it might mean a home game.

Albuquerque potential: Four. Of course, everything depends on matchups in the opening round. Then it comes down to which team shows up.

Where they’ve been: Welcome to the conundrum that is Robertson. First in the Freeman rankings, third in the district. That just makes the Cardinals dangerous. They have one of the top players in the district in Mathew Gonzales, but depth is lacking. The good news is they don’t have a bad loss — yet.

Where they’re going: Robertson is still in control of its destiny. Wins over St. Michael’s and West Las Vegas will vault the Cardinals back into the conversation for the top seed, but those are must-wins now.

Albuquerque potential: Eight. The Cardinals could be seeded anywhere between one and six, but they should be able to make it to Albuquerque.

Where they’ve been: The Dons are a different team since the return of wing D.J. Byrun and guard Carlos Arellano from injuries. It corresponded with a 10-2 run that has the Dons right on the heels of the Horsemen. Again, a team with a talented starting five but little depth.

Where they’re going: Perez-Shelley Gymnasium will be packed on Feb. 19 when they play the Horsemen. Win there, then West Las Vegas has to take care of Robertson on the final day of the season to force a playoff.

Albuquerque potential: Eight. The Dons are looking at a top-five seed but need to finish ahead of Robertson to secure it.

Where they’ve been: If the state had just one class, Pecos would be a favorite to reach the final eight overall. Still, they are the class of 2A, with wins over 5A Clovis, 4A Española Valley and Bernalillo plus 3A West Las Vegas. The opponent Pecos has no answer for is Mother Nature. It forced the postponement of a much-anticipated matchup with second-ranked Magdalena twice.

Where they’re going: A senior-dominant roster is making a push to be considered among the state’s best of all time with a fourth-straight state title. While the state wants to see the Panthers and Steers play, it might have to wait out the state tournament for that to happen.

Albuquerque potential: Ten. If there was ever a slam dunk to make it to Albuquerque, it is Pecos. The odds are in its favor to win a fourth straight blue trophy, too.

Where they’ve been: The Rangers were an afterthought after starting the season 5-8, but a seven-game winning streak ensued. Even more impressive is that none of the wins were by fewer 24 points. A young roster appears to have finally jelled around senior Jerome Pacheco.

Where they’re going: Mora was playing for a spot in the state tournament just three weeks ago, but it might get a home game by running the district table. Imagine that.

Albuquerque potential: Five. The Rangers could be a dangerous team if it reaches the quarterfinals, even if it matches up with Pecos. Remember, the Rangers are the last 2A team to beat the Panthers (last year’s Northern Rio Grande Tournament title game), and what better way for a four-peat to end but at the hands of its biggest rival?

Where they’ve been: The post-Deven Thompson era has been good for the Roadrunners. The combo of Bruce Brewer Jr. and Luis Villalobos has been mostly good as it has combined for 44 points per game. The problem has been depth and injuries. When one of Brewer or Villalobos misses a game, NMSD struggles mightily.

Where they’re going: If NMSD can run the table, it is guaranteed a spot in the state tournament. However, it has done enough to warrant a low seed.

Albuquerque potential: Two. It all depends on the seeding. If the Roadrunners can get into the top 12, they have a shot at advancing.

Good luck to all the Northern Teams! [thumbup]