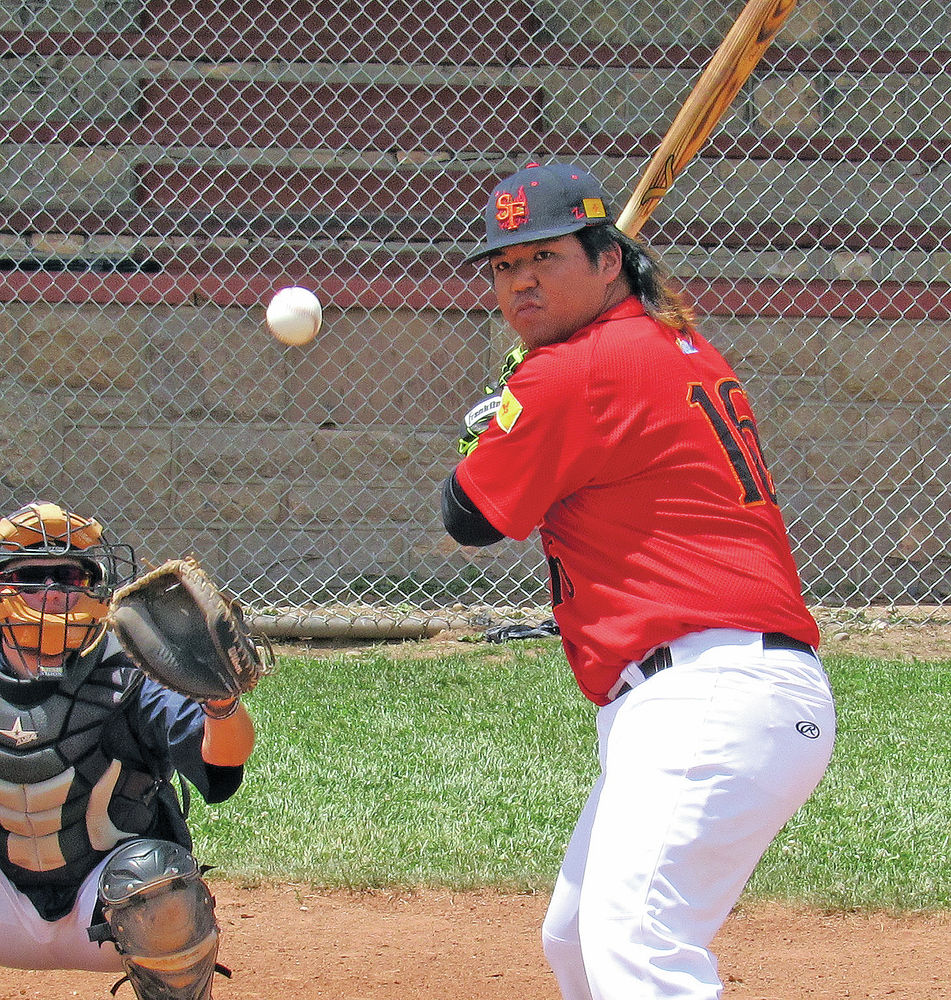 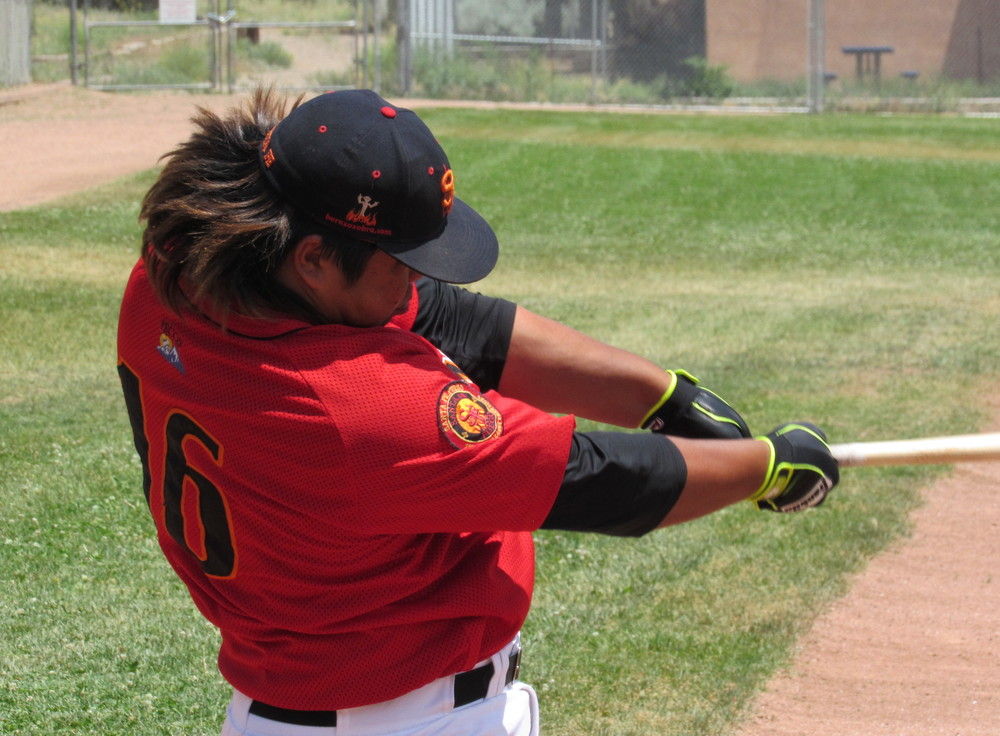 Long before Monday’s rain made a mess of Fort Marcy Ballpark and threatened to wash away the annual Pecos League All-Star Game, Chevas Numata was busy making a little history.

Pausing for a bite of a teammate’s burrito between a moon shot that smacked off the scoreboard in center field — “I’ve never seen that happen here before,” said Fuego skipper Bill Moore — and a bomb that threatened the integrity of a pickup at the fire station behind left, Numata had enough of a power stroke to survive the seven-man first round and find himself tied with Aldrich after the three-man finals.

The two — Numata a right-handed hitter and Aldrich a smooth swinging lefty — went into a three-swing showdown, Numata going first. Pitching to him was teammate and fellow All-Star Eddie Newton.

“It really comes down to a [batting practice] pitcher who puts it right where you want it,” Numata said. “Eddie did a great job with that. I might have gone after a couple I shouldn’t have, but most of them were good.”

Numata deposited each of Newton’s final-round lobs well beyond the chainlink outfield fence. Aldrich went deep on his first swing, but overextended himself on the second pitch and dropped to one knee as he fouled it back into the protective fence.

With that came a mild celebration and an even shorter plaque presentation, one that Numata said he’d proudly take back home with him as soon as the season ends.

“It’s one I’ll remember,” he said. “Winning this is special, I guess, so it’s good that someone from Santa Fe finally got one.”

Moore said the Fuego have (pardon the pun) generally flamed out in the home run derby because they get so accustomed to hitting long balls with such ease that doing it under the pressure of the league’s all-star game makes them swing for the fences rather than doing what got them there in the first place.

Numata didn’t have that problem. Coming into the derby ranked second in the league with 17 home runs, he went deep six times in 10 swings in the first round, then did the same in the second round.

League leader Caleb Bryson of Trinidad joined Aldrich in moving out of the first round. Bryson leads the league with 20 home runs this season while Aldrich came in tied for seventh.

Taking full advantage of Fort Marcy’s 285-foot fence to right, he hit several monstrous shots that scraped the tree tops that line the dry riverbed that separates the baseball park from Magers Field.

The format called for each team to have one representative, but apparently no one passed that information along to Garden City. The Wind’s all stars didn’t show up to the park until after the derby had already begun, so league president Andrew Dunn decided to go with just seven hitters.