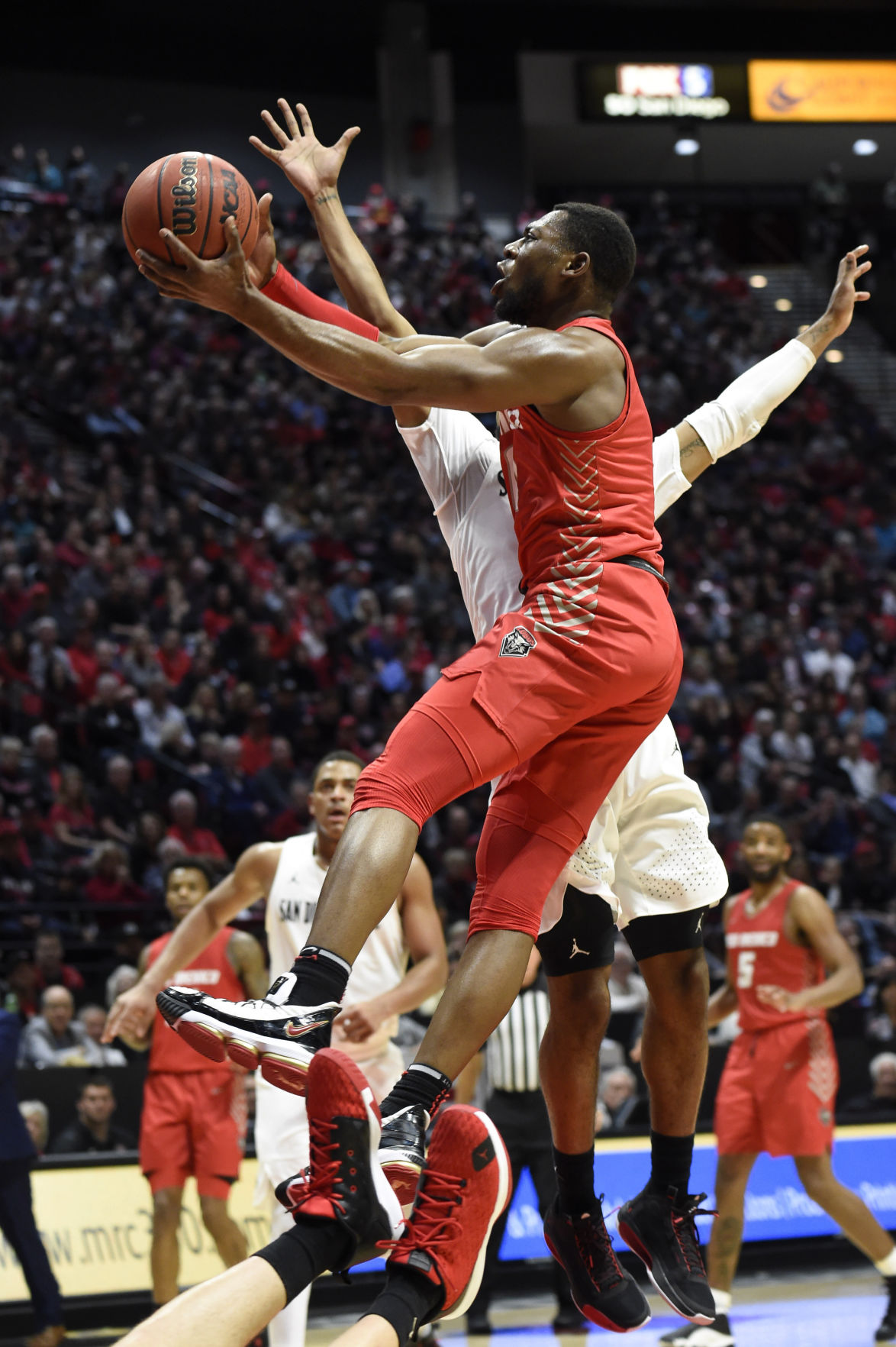 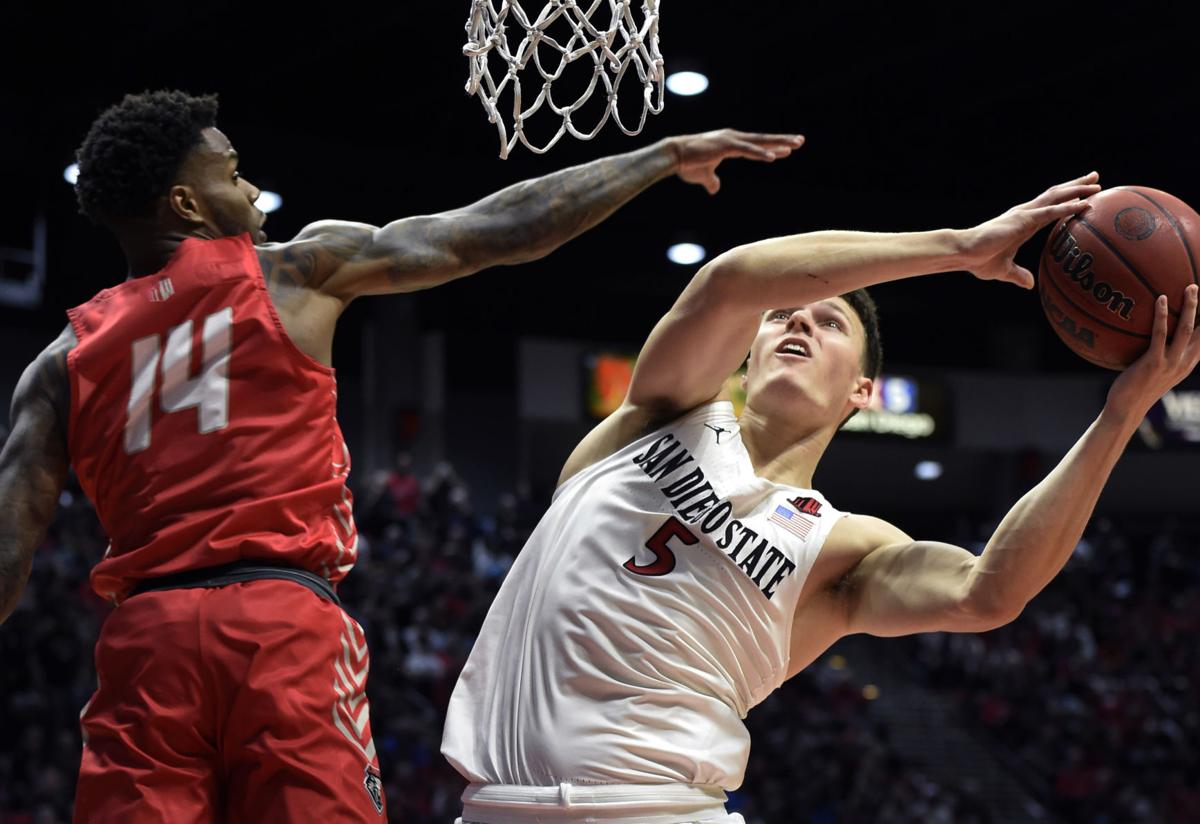 For half the game, it appeared like the University of New Mexico men’s basketball team might record one of the biggest upsets of the season.

In the end, it was just more of the same old, same old as fourth-ranked San Diego State remained the only undefeated team in the country with a 82-59 win over the visiting Lobos on Tuesday night at Viejas Arena.

The Aztecs clinched the Mountain West Conference regular-season title and remained in the hunt for a possible No. 1 seed in next month’s NCAA Tournament. At 25-0 overall and 14-0 in league play, they are attempting to become the first team to go unbeaten in the regular season since Kentucky five years ago.

They led for the majority of the first half and were within 35-33 at halftime despite power forward Corey Manigault picking up his third foul with three minutes to go in the half. His early exit sparked an SDSU run to close the half, then the Aztecs came out of the locker room with an 18-7 run to take control.

New Mexico never found the groove it owned in the early going, suffering through a dry spell of nearly four minutes without scoring a point as SDSU stretched its lead to double digits and never looked back.

Turnovers and bad shooting were a killer for UNM. The Lobos missed 14 of their first 18 shots after halftime and finished the game with 18 miscues. They scored just 12 points in the first 15-plus minutes of the second half as a one-possession game became a 27-point deficit.

Vance Jackson, who had scored at least 20 points in three of his last five games, didn’t get his first bucket until the final five minutes, missing his first five shots.

The list goes on as Manigault, Zane Martin and JaQuan Lyle all struggled putting the ball in the bucket. Vante Hendrix was the only Lobo in double figures, finishing with a team-high 20.

For Lyle, his cold play continued. Since his four-game hiatus for injuries and suspension ended last weekend, he is 5-for-21 from the field the past two games, with one of those makes coming on a banked 3-pointer from 28 feet in Tuesday’s contest.

Despite the lopsided final score, the early going was a far cry from the teams’ previous meeting less than two weeks ago in The Pit. The Aztecs raced to a 17-0 and led by 23 at the half in that one.

The Lobos set the tone for a different story within the first few minutes Tuesday, going up 10-5 on a Manigault fastbreak dunk that ended with him getting a technical for taunting after the flush.

Manigault had nine points and four rebounds while Lyle had eight. Martin and Makuach Maluach each had seven as the Lobos shot just 35 percent from the field and were 6-for-29 from 3-point range.

Coming up: UNM returns home for its next two games, hosting UNLV on Saturday afternoon in The Pit and then the much-anticipated return of former Lobos coaches Steve Alford and Craig Neal when Nevada comes to town on Feb. 18.

Still in the race ... for second: The Lobos are still within striking distance of second place. With SDSU having clinched, the next five teams in the MWC all have five losses in conference play with UNM lingering two games back at 6-7.

Colorado State’s home loss to preseason favorite Utah State leaves a two-way tie for second at 9-5 between Boise State and Utah State. Colorado State and Nevada are a half game back at 8-5, followed by UNLV at 7-5 and then UNM.

The top five teams in the final standings earn first-round byes in the MWC Tournament. The bottom six all drop into the opening round.