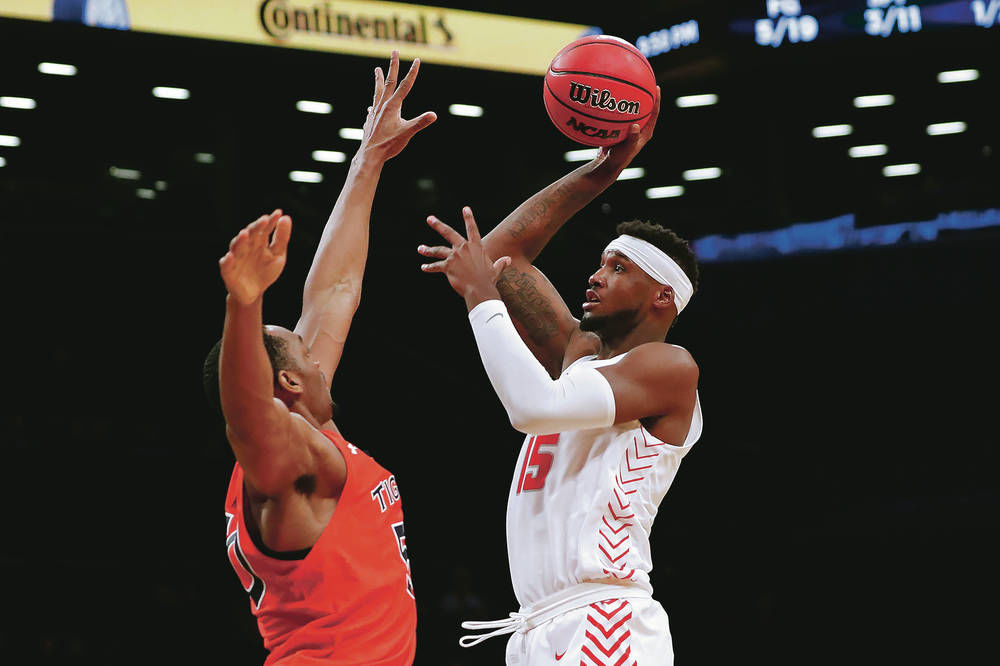 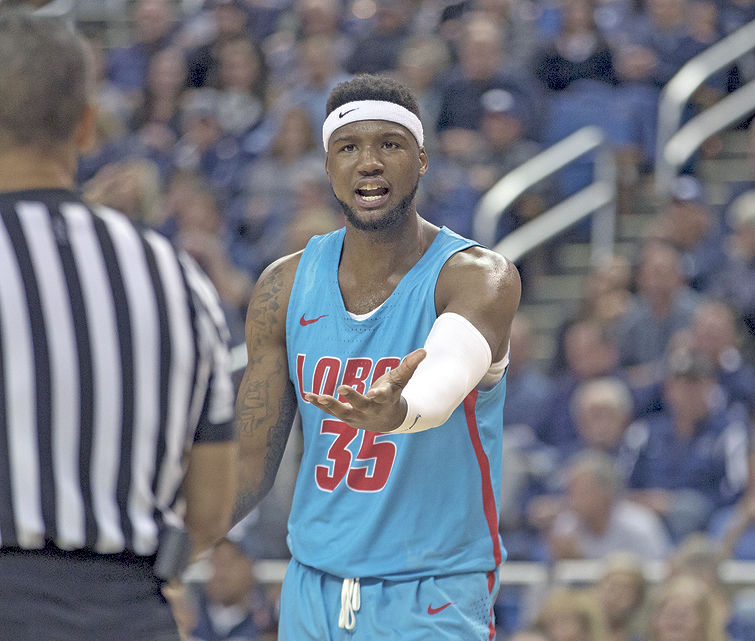 UNM forward Carlton Bragg was reinstated to the Lobos team Friday after a three-game suspension and is expected to play Tuesday against Fresno State.

ALBUQUERQUE — University of New Mexico men’s basketball player Carlton Bragg may have been cleared to play in Tuesday’s game against Fresno State, but his problems are hardly over.

The case stems from an incident that began the night of Aug. 10 and continued into the early morning hours of Aug. 11. The case is outlined in an extensive report compiled by the Albuquerque Police Department, which was then handed to the District Attorney for further review.

A heavily redacted version of it was released Monday to the media.

An unidentified woman accused Bragg of kissing her, moving her hair and attempting to unbutton her pants several times while the two were alone in an Albuquerque apartment after a night of drinking and socializing.

She created 13 audio recordings and had 27 photos of the incident on her cellphone, which were claimed as evidence by the Albuquerque Police Department and the district attorney and then shared with UNM officials for their own independent review.

The police investigation didn’t actually begin until Nov. 5 when the unnamed woman first reported it to police. She said she, Bragg and two others were drinking at the Salt Yard nightclub Aug. 10. They followed that with an after-party at an apartment complex, where they consumed more alcohol before retreating to separate apartments in the same complex.

Bragg and one woman went to one residence, while the other two remained in Bragg’s apartment.

The accuser told police that Bragg made a number of sexual advances toward her throughout the night; six times with no suggestion of sexual penetration, according to the report. Data was extracted from her cell phone at the District Attorney’s Office on Nov. 26.

At one point, the other woman — identified only as “Madeline” in the report and apparently in a relationship with Bragg at the time — came to the apartment to check on the pair and, according to the report, saw nothing out of the ordinary.

“When I went over there, if it was a problem, [the unidentified female accuser] did not say anything,” Madeline was quoted as saying to police.

Bragg and teammate JJ Caldwell were both suspended without explanation by UNM just minutes before the Lobos’ home game Dec. 22. They’ve both missed the last three games, and neither has been made available to the media.

Their cases are unrelated. Caldwell has been accused of domestic battery against a 22-year-old woman during a Dec. 14 altercation at an Albuquerque nightclub and later that night at a nearby apartment.

Caldwell’s suspension remains in place while the investigation continues. He has not been arrested or charged. He filed a lawsuit against the university late last week seeking reinstatement to the team.

Both he and Bragg remained on scholarship during their suspensions, but Caldwell’s infraction included an eviction from his on-campus residence in Lobo Village.

Bragg has not been arrested or charged, although his case is still under review by the District Attorney.

The school never commented on Bragg’s status, citing privacy laws through the Family Education Rights and Privacy Act that prohibits UNM from disclosing details of the case. The athletic department similarly did not offer a reason for his suspension, saying only that he was restricted from all team activities, including practices, meetings and travel, for an indefinite period of time.

Athletic director Eddie Nuñez said Monday that an internal review conducted by the university determined that Bragg’s suspension should be lifted based on its findings. Both UNM and the district attorney were given the same information, Nuñez said, and the school’s own review — which did not include personnel from the basketball program or athletics department — made the determination to no longer keep Bragg on suspension.

Bragg’s case was not brought to the attention of athletic department officials until Dec. 19, Nuñez said. The decision to suspend him came three days later. By then the Albuquerque police had forwarded its case to the district attorney for the possible prosecution of attempted criminal sexual penetration.

Bragg started each of the team’s first 12 games, averaging a double-double while leading the Lobos in blocked shots. At the time of his suspension he was eighth in the country in rebounding.

A 6-foot-10 senior, he was a high school McDonald’s All-American before enrolling at Kansas. He played one season with the Jayhawks and then transferred to Arizona State, never playing a game in a Sun Devils uniform.