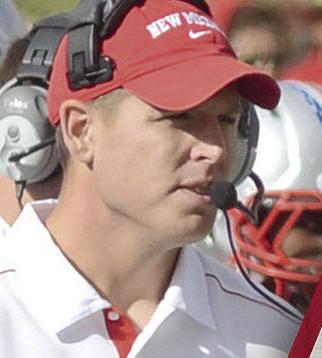 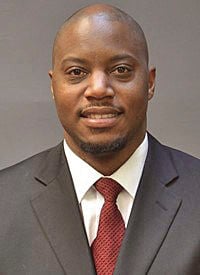 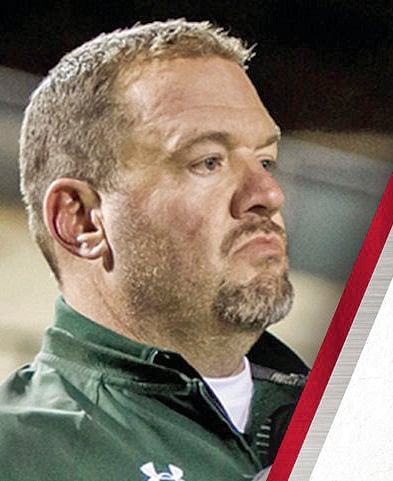 ALBUQUERQUE — You could say that the recruitment of the Lobo football coaching staff began more than a quarter century ago when a guy in boots and denim shorts challenged a teenage kid to game of hoops in the driveway of a North Valley home.

That kid was none other than Danny Gonzales, the lifelong Lobo fan who would go on to play football for his favorite team and then, on Dec. 17, take over as the head coach of his alma mater.

The wardrobe-challenged hoopster was the one and only David Howes, the man who eventually married Danny’s older sister and, on Thursday, became the ninth assistant to join the Gonzales staff on the new-look University of New Mexico coaching roster.

Howes, 47, four years older than his brother-in-law boss, will take over as linebackers coach and be part of a staff that ranges from the familiar names of Jason Lenzmeier and Saga Tuitele to the up-and-comers like Brandon Blackmon and 23-year-old Jordan Somerville.

Gonzales will hire two more assistants next week and, interestingly, never flatly rejected the wild idea that his mentor and friend, recently retired San Diego State head coach and Lobo-for-lifer Rocky Long, might one day be a part of the UNM program.

“I would love for him to be here because he loves this place,” Gonzales said. “He is a very special person to me. Like I say it all the time, he protected me in this business and that’s very uncommon. I was with him for 20 years as an assistant; that’s very uncommon. I have a lot of admiration for him, I like being around him.”

This much is certain: The position of defensive coordinator has already been filled. Gonzales said Friday that he’ll do that himself.

Standing in front of a room full of local reporters, Gonzales talked about each of his assistants. That includes Howes, plucked from nearby Rio Rancho High School where he built one of the state’s most dominant big-school football teams.

“I’m not sure Danny’s recollection of that day at his house is all that accurate,” Howes said. “He walks around telling everyone I couldn’t hit a shot, that he beat me pretty good. I like to remember that I did OK even with those boots on.”

If there’s a theme to the Gonzales staff, it’s familial familiarity. He purposely hired younger coaches with kids of their own. He said he wants the second upper level of the Tow Diehm Facility in Dreamstyle Stadium to be a welcome place for the assistants’ kids because it’s that family atmosphere that helps remind the coaches that there’s a bigger purpose than diagramming plays and organizing depth charts.

“It’s who they are that’s the most important thing,” Gonzales said. “The vibe of our staff is pretty young.”

None are younger than Somerville, one of four assistants with ties to Arizona State. UNM’s decision to announce the names and bios of the assistants in half-hour increments on Twitter starting Friday morning created quite the buzz on social media.

The most action came with the announcement of Derek Warehime as offensive coordinator, which makes sense since he comes to UNM from the University of Texas. Longhorns fans followed his path with considerable interest.

Somerville was a close second thanks to his remarkable reputation as a top-flight recruiter in Arizona, Southern California, the Four Corners area, Dallas-Fort Worth and Louisiana. He volunteered at Arizona State for three years, becoming a graduate assistant on the defensive side of the ball under Gonzales.

“As soon as this became an opportunity, he was one of the first ones that I went to and told him, ‘Look, you’re going to have a full-time job because you’ve earned it,’ ” Gonzales said. “It’s a great story. He struggled his tail off to volunteer, and his eye for talent and coaching; he’s one of the great young coaches in America. Jordan Somerville’s going to go a long way.”

Troy Reffett is the oldest member of the staff at 52. He’ll coach the safeties, marking his second go-round with the UNM staff. He was with the Lobos from 2004-08, serving the last year as defensive coordinator.

He’s one of four assistants with prior stints at UNM. That includes Tuitele, the lone holdover from Bob Davie’s staff. Tuitele served as acting head coach for three weeks this past season after Davie suffered a heart attack.

“In this business you move around a lot, so to get the chance to stay here and remain a part of this is a great thing for me and my family,” Tuitele said. “We love it here, and the energy that Danny brings is something I know I want to be a part of.”

Waremire’s offensive will be a drastic change from Davie’s triple option. While some of the option packages will remain for a while given the players the staff inherits, Gonzales said the Lobos will become a power-based offense that will emphasize a greater command of the passing game and ball-control scheme.

To that end, Lenzmeier figures to play a prominent role. He has had two stints coaching the offensive line with the Lobos after a four-year playing career in the cherry and silver. While his exact role on the Gonzales staff remains unclear, the fact that he’s back where he feels comfortable speaks volumes for Lenzmeier.

“I grew up in Texas but spent more time with this school than I have anything else,” he said. “I met my wife here, had my kids here, made lifelong friends here. This is the only place I want to be.”

The staff is rounded out by Jamie Christian, James Carson and Blackmon. Christian comes to UNM from Fresno State, where he served as special teams coordinator and will do the same with the Lobos. Carson is the team’s strength coach, having held internships in similar roles at Ohio State and South Carolina, then full-time jobs with Valdosta State, UMass and Arizona State.

Blackmon worked on the defensive staff with Gonzales at Arizona State in 2018 before taking a job at Western Illinois. He reunites with Gonzales to take over as UNM’s cornerbacks coach.

“I’ve been in this building about the last three weeks pretty much by myself, and to have some voices around the last couple [of] days, this has been awesome,” Gonzales said.