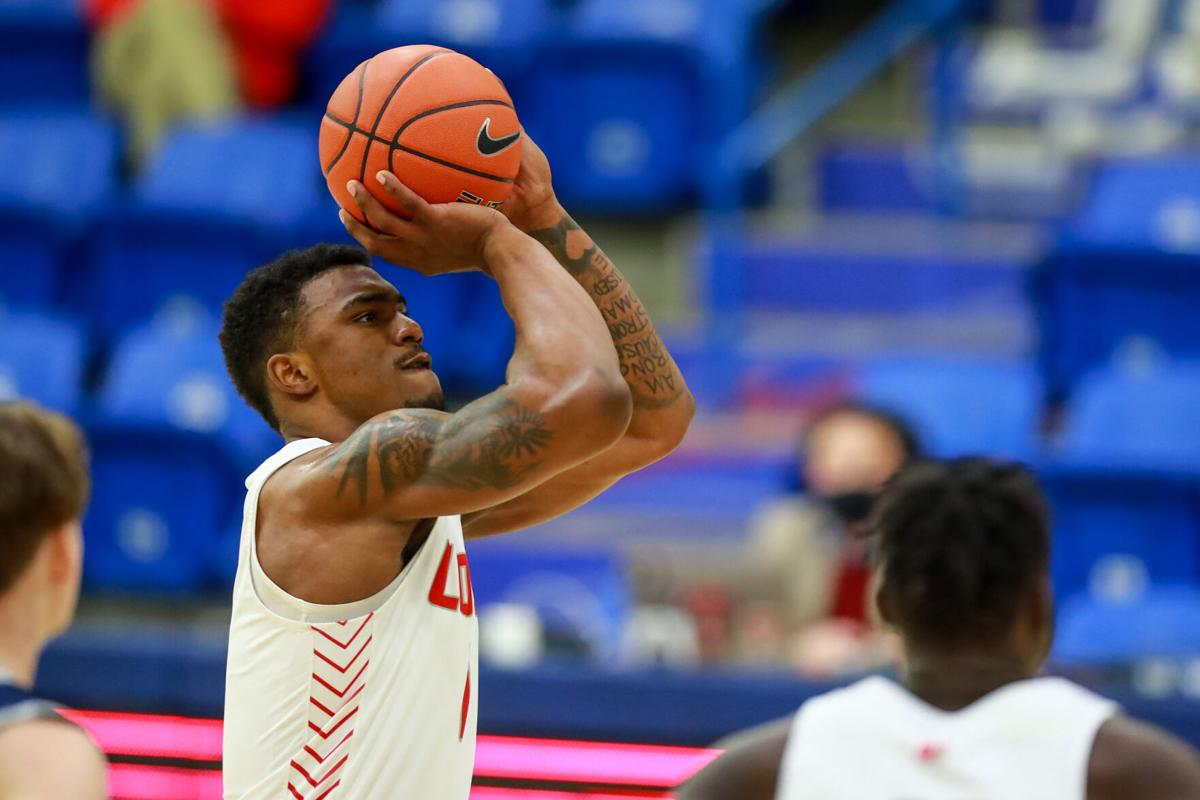 Freshman center Bayron Matos was shoots during New Mexico's 77-45 loss to Utah State on Wednesday night in Lubbock. He was held to one point and four rebounds in the team's worst loss of the season. 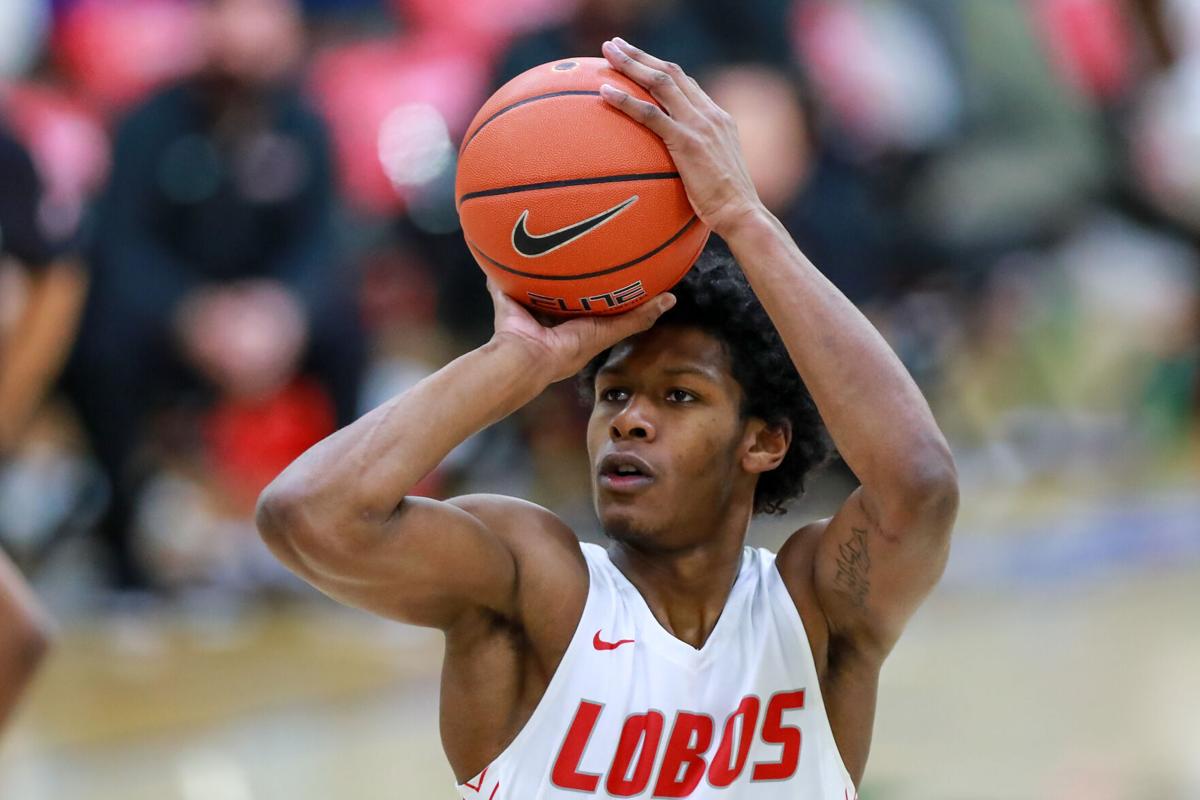 Freshman center Bayron Matos was shoots during New Mexico's 77-45 loss to Utah State on Wednesday night in Lubbock. He was held to one point and four rebounds in the team's worst loss of the season.

LUBBOCK, Texas — If this isn’t rock bottom, the Lobos can probably see it from here.

Five hours from home in Albuquerque and a million miles from getting things right, the University of New Mexico men’s basketball team maintained its disturbing string of blowout losses on a night in which the entire country’s attention was rightfully on our nation’s capital.

Anyone still paying attention to Lobos hoops by the time Wednesday’s game tipped off in Lubbock, Texas, was in for more of the same ol’ same ol’ as UNM’s COVID-19 season transitioned to Mountain West Conference play. UNM was completely picked apart by Utah State, losing 77-45 in an empty Rip Griffin Center on the campus of Lubbock Christian University.

Now 3-5 overall and winless in five games in league play, the Lobos continued to look overmatched in nearly every facet of the game. Their 45 points were the fewest they’ve scored in any game since being held to 42 in a 2015 loss at San Diego State, and they’ve been held to 54 or fewer in four of their last five games.

“We didn’t practice well the last few days. We just haven’t,” coach Paul Weir said afterward. “I’ve talked about it and we just kind of keep supporting them and hugging them and loving them and everything else, but right now we did not practice well going into this game. It’s going to be hard to beat a team of this caliber if you’re not putting together really high-level practices.”

Be that as it may, there’s no denying that UNM’s offense is nonexistent at times. The Lobos endured two prolonged scoring droughts, one in each half. The dry spell in the first half turned what had been an entertaining game for the first 10 minutes into a lopsided yawner.

The Aggies (8-3, 5-0) held the Lobos scoreless for more than five minutes and to just three points in the final nine minutes of the half, turning an 18-15 lead into a 41-18 halftime cushion.

“There’s some times basketball’s a funny game,” Utah State head coach Craig Smith said. “Sometimes the ball starts going in and you start feeling pretty good about yourself, and that’s what happened to us tonight.”

It didn’t hurt that Utah State’s big men dominated from start to finish. Led by all-MWC center Neemias Queta who had 18 points and five rebounds, he helped the Aggies outscore the Lobos 46-12 in the paint and hold a 12-rebound advantage.

While Queta did his thing, UNM freshman Bayron Matos was remarkably silent on the stat line. He had just one point and four rebounds in 21 minutes.

Weir tried everything he could to spark life out of the Lobos. He started freshman Isaiah Marin at point guard over sophomore Jeremiah Francis. He also got 15 players onto the floor, nine of whom played at least 10 minutes.

“I don’t know if it’s progressing,” Weir said. “We’re just trying different guys, different players. Trying to find a way find a point guard that we can just start to ride with a little bit. It’s a moving target and I wish it was further along than it was.”

The Lobos had only five assists on 15 made shots, both signs of a stagnant offense that isn’t sharing the ball well and not shooting it any better. Francis came off the bench and immediately hit a 3-pointer en route to an eight-point night.

In a season quickly spiraling down the drain, nothing is.

The Lobos and Utah State will play again here in Lubbock on Friday night before UNM gets a week between that and its next Mountain West series at UNLV.