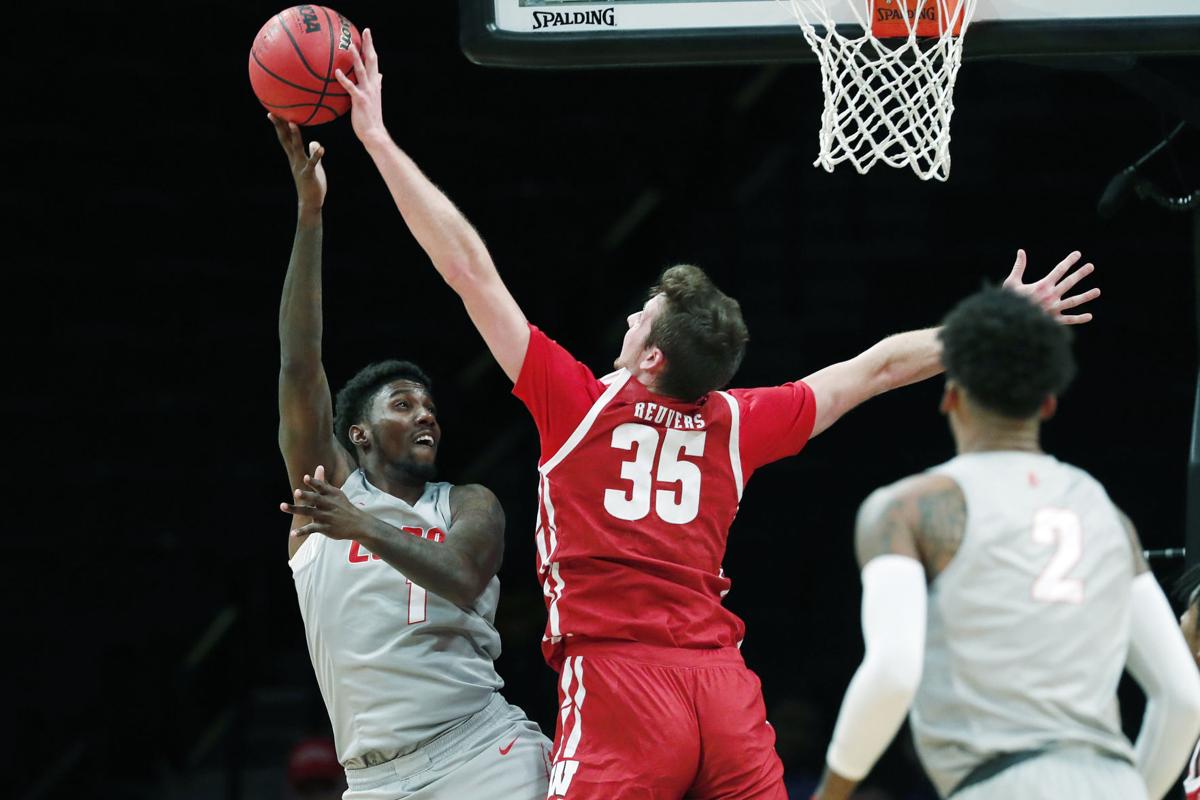 Wisconsin forward Nate Reuvers, center, defends against a shot by New Mexico forward Corey Manigault during a Nov. 26 game in the Legends Classic in New York. 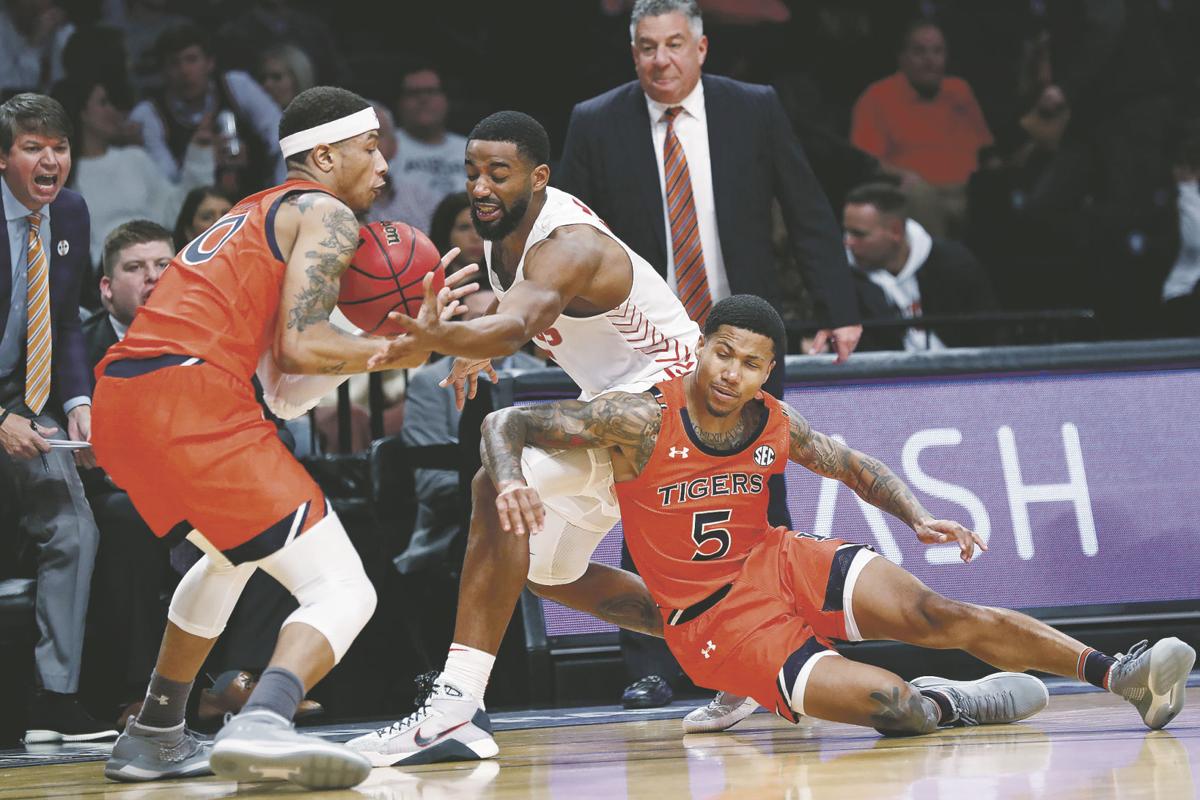 Wisconsin forward Nate Reuvers, center, defends against a shot by New Mexico forward Corey Manigault during a Nov. 26 game in the Legends Classic in New York.

There’s no telling where JaQuan Lyle will be a decade from now but if he ever becomes a basketball coach, he got himself a sneak peek into that lifestyle last weekend.

The University of New Mexico’s leading scorer fouled out of the Lobos’ most recent game, a win over Air Force to keep them in a tie for second place in the Mountain West Conference heading into this week’s two-game road swing that begins Wednesday night at Colorado State. It’s the first time the 6-foot-5 senior guard has experienced foul trouble since he was playing for Ohio State from 2015-17.

Forced to sit on the bench for a good portion of the second half against the Falcons, Lyle positioned himself next to assistant Craig Snow and watched his teammates hold on for the win.

“I knew there was nothing I could do,” Lyle said.

What he could do is what head coach Paul Weir talked about afterward.

“He was the loudest member on our bench, he was coaching, he was in every timeout trying to help us win the game,” Weir said. “Just says a lot about his leadership that it doesn’t always have to be on the court. I thought it was just a great situation for us going forward.”

“It’s just a learning period,” Lyle said. “I mean I don’t think I need to be playing 39, 38 minutes a game just out of the simple fact we have a lot of other great players around me.”

The Lobos are limping into this current trip, which includes a Saturday matinee in Las Vegas, Nev., at UNLV. Guard JJ Caldwell is still suspended and may not return this season, and center Carlton Bragg was kicked off the team, leaving Lyle and power forward Corey Manigault as the focal points of the inside-out approach Weir has implemented for this team.

Manigault’s production is likely to go up considerably without Bragg, but he’ll have his hands full Wednesday going against Colorado State center Nico Carvacho. The Rams’ big man leads the MWC in rebounding and his numbers almost mirrored those of Bragg’s at 12.6 points and 10.7 rebounds. He’s also the MWC’s active leader in career double-doubles with 41.

CSU (11-7, 2-3) has resurrected its season by winning its last two conference games and can make a little bit of a run with games this week against UNM, on the road Saturday against Air Force and home again next week against struggling Fresno State.

When asked about the playing at home as opposed to being on the road, Lyle said there’s no substitute for The Pit where the Lobos are 12-0 this season. They’ve won 14 straight overall.

“It’s always good when you’re playing in front of 10,000 of your fans rather than going on the road and the gym not being as up as normal,” Lyle said.

It’s always good when Lyle’s not in foul trouble, too. The team leader at 17.3 points per game, he is an invaluable leader UNM simply can’t do without.

That’s where team chemistry comes in, Lyle said. While the players might have their disagreements and incidents like those involving Bragg and Caldwell are major distractions, the one constant has been the relationship shared among the players in uniform.

“When times get really tough we know we can count on each other,” Lyle said. “At any point of time, offense or defense, nobody ever questions one another and I think that’s just the main thing; the togetherness and trusting each other.”

Saturday’s game is only available through ESPN3, but Saturday’s 4 p.m. game at UNLV will be carried live on CBS Sports Network. ... Colorado State has been killing itself at the free throw line. The team is converting just 66.5 percent of its attempts, the worst in MWC. ... The only other team in the conference with fewer made 3-point shots this season than Colorado State is UNM. The Rams have made 128 in 18 games; the Lobos have drained only 108. ... The Lobos were fourth in the conference in rebounding margin at plus-4 per game. That figure is likely to go down now that Bragg is out of the picture. ... UNM is averaging a MWC-high 15.6 turnovers a game. ... The MWC was just 2-18 against teams from the Pac-12, Big 12 and ACC during the regular season but 79-35 against everyone else.