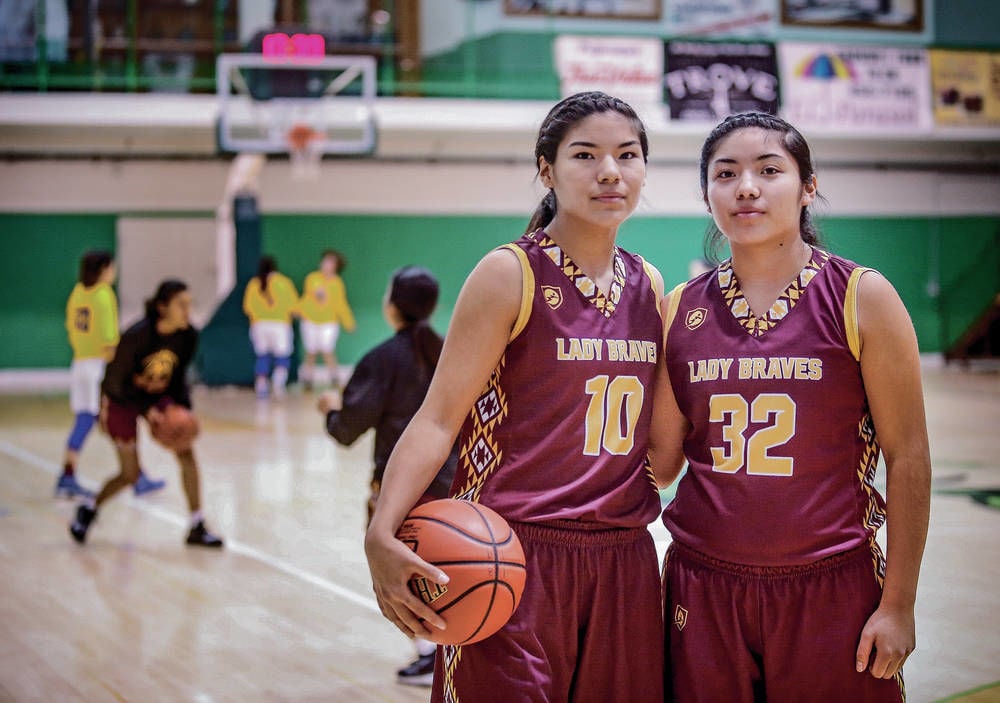 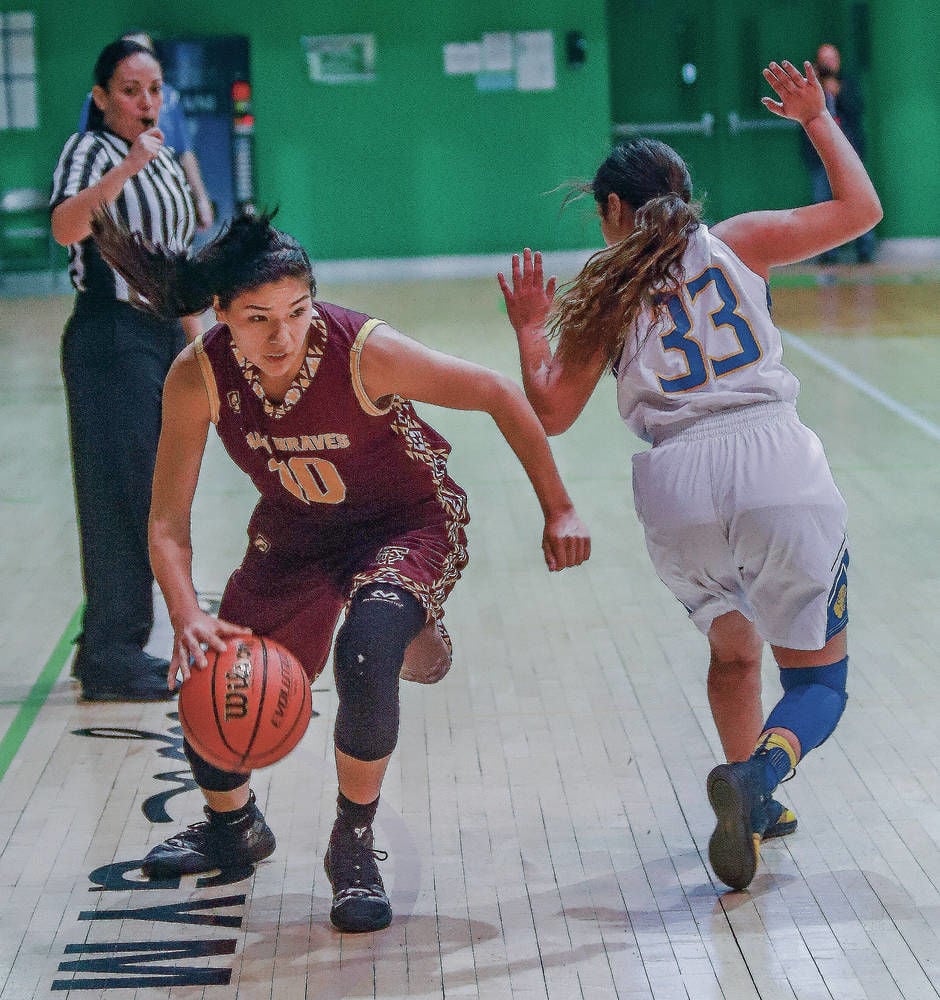 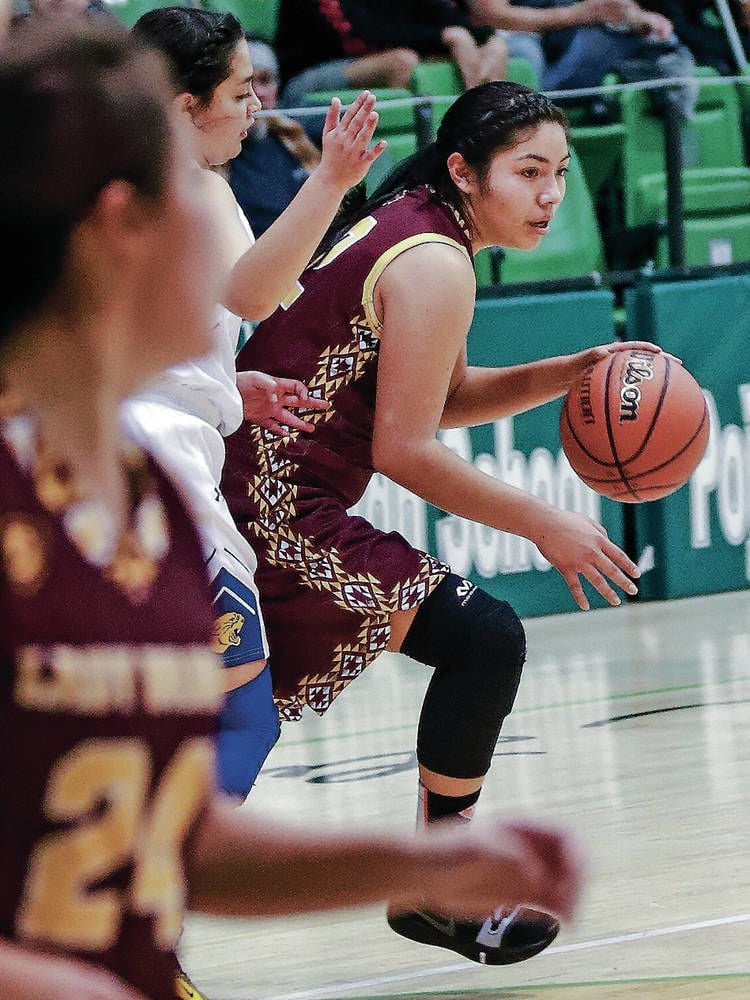 It’s good to have options.

It’s also good to use one of them to go full circle and literally return to the place it all began.

Sisters Camilla and Leanna Lewis, fraternal twins born eight minutes apart, are seniors on the Santa Fe Indian School girls basketball team and siblings with remarkably bright futures. They’ll graduate in five months, then head to one of the most prestigious universities in the country when they start their freshman year working on academics at Stanford.

Their parents are Cardinal graduates, and the twins were born at the expansive Lucile Packard Children’s Hospital on the Stanford campus in Palo Alto, Calif.

“There was so much emotion with getting the acceptance letter because they both came at the same time, and it’s so much pressure and anxiety building up to that point because we’re twins,” says Camilla Lewis, the older of the pair but 2-plus inches shorter than 5-foot-8 Leanna. “We’re definitely going to the same school, so if one of us got in and the other didn’t, it would have been awful. Just so painful.”

It’s safe to say the pair have their sights set high, that their future is as bright as the look in Leanna’s face when she watches her sister talk about their lives together.

“Waiting was one of the hardest things, but knowing we’ll be together and getting a chance to live our first choice is so much fun,” Leanna says.

The family gravitated to New Mexico, and eventually the twins landed at Sandia Prep in Albuquerque. They went through middle school together and their freshman year in the high school.

Since their mom was an SFIS graduate and the family’s roots were up north, the decision was made to move three years ago in order to reconnect with Tesuque Pueblo. The girls transferred to SFIS prior to their sophomore year and make the short drive into Santa Fe each day.

They are the oldest of four girls living at home, and they feel the need to cultivate their past as a means to make themselves — and their sisters — better.

“It’s really important for our younger sisters,” Camilla says. “The family wanted them to have that connection instead of living in a city.”

In some ways, the hard part is out of the way for the pair. With their college plans set, they can now focus on what remains of their time in high school and do what everyone expects them to do now that they’re two huge cogs on the Lady Braves’ basketball team.

“To win state or do something like that would be a great way to end it, but the focus is just having fun doing whatever we can until we graduate,” Leanna says.

“Our parents told us before we transferred what it meant to be a part a well-known program at [SFIS], and that’s seeing firsthand how everyone yells at us during away games and cheers for us at home,” Camilla says. “You’re going to have all the eyes on you, all the fans yelling at you every game. I was like, I can handle that.”

“We have a saying in our family that everyone is going to try to come out and beat us and, really, I love that,” Leanna says.

As always with twins, the competitiveness eventually shines through.

The two are as tightly bound as one would expect, but they’re also extremely protective with each other’s feelings when asked who would win if someone rolled a basketball onto a blacktop court and told them to go one-on-one.

“Honestly, I think it would be a tie,” Camilla says.

When asked, the pair playfully swayed away from each other as if to make a full-body assessment of the other’s skills.

“She always gets me on the fakes,” Leanna says. “That’s her move.”

“And she’s pretty athletic and has the height,” Camilla counters. “If I can get her on the fake, she’s got me on being more aggressive.”

With that, the pair giggle at the thought of what might actually happen when, truth be told, they’ve played out that exact scenario countless times over the years whether it’s volleyball, hoops or softball.

“As long as we’re together doing it,” Leanna says, “we’re OK with it.”

With Stanford waiting on them in the fall, sticking together is a certainty the Lewis sisters will always have.

After all, it’s the most important part of the plan.