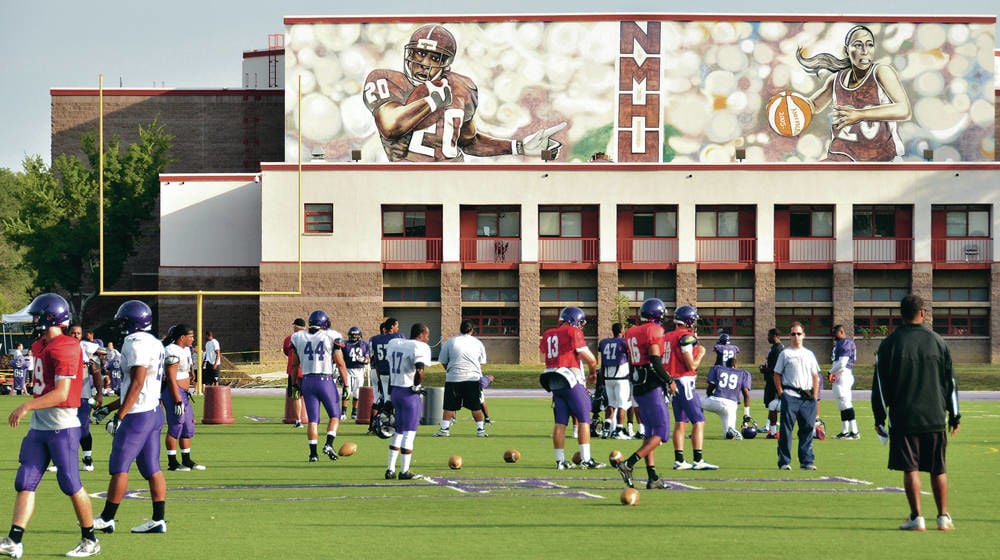 Highlands homes games can now be seen on the web and on cable under a new agreement the university announced. New Mexican file photo 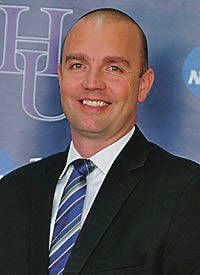 Highlands homes games can now be seen on the web and on cable under a new agreement the university announced. New Mexican file photo

If the internet is truly the window to the world, for better or worse that window has been in need of an upgrade when it comes to New Mexico Highlands University’s athletic department.

On Tuesday, the university announced it has reached an agreement with Albuquerque-based ProView Networks to stream all home football and men’s and women’s basketball games on the web. Those games will also be aired live on ProView’s 24-hour sports network on Comcast.

ProView has had broadcast rights to carry high school sports in New Mexico for several years. The network has exclusive rights to seeding and selection shows for the New Mexico Activities Association and carries a number of games across the Albuquerque metro area and around the state several times a week.

The first ProView production at Highlands will be broadcast Sept. 8, when the football team hosts Adams State. It’s the first of more than two dozen broadcasts between Labor Day week and late February.

“A lot of times stuff has come across my desk asking about our ability to stream games,” said Highlands athletic director Craig Snow. “This is going to improve that in ways that’s going to make us so much better. The product and quality is really going to improve.”

Also the men’s basketball coach, Snow said the Rocky Mountain Athletic Conference requires its members to stream all home games as part of its multimedia initiative on Stretch Internet. For the last several years, those duties were performed in-house by Highlands students and staff.

ProView President Steve Davis said the agreement calls for two directors to work on-site to train NMHU staff and orchestrate each broadcast. ProView will also supplement NMHU’s camera and production equipment with some of its own to make the on-screen product considerably better. Both entities will be able to sell advertising.

“I fully expect us to go from one of the lower-end schools streaming games to one of the best,” Snow said. “Everything will improve, from the quality of what we’re showing to better camera work.”

The network has dabbled in relationships with the state’s NCAA Division II programs, having reaired games from NMHU, Eastern New Mexico and Western New Mexico.

“It’s an exciting thing to work with Highlands, to work with Craig,” Davis said. “We’ve had some experience with their games in the past, but this is a pretty interesting agreement. It gives us content for our 24-hour station and it gives them a chance to improve their product.”

Former West Las Vegas athletic director Richard Tripp will handle the play-by-play duties for football and basketball. He has been an on-camera personality for ProView for several years, hosting shows as well as calling action off screen.

Snow said ProView’s influence will allow for a higher-quality broadcast for other sports, like volleyball, women’s soccer, softball and baseball. He said Luke Jones will serve as play-by-play man for soccer games this fall.

Per the RMAC’s streaming requirement, only home games are required to be broadcast. The exceptions, at least for basketball, will be the two games the NMHU men will play in The Pit in November as part of the New Mexico Classic. The Cowboys will play both Western New Mexico and Eastern New Mexico.

Tapping the Albuquerque market, which draws roughly 75,000 Comcast subscribers which equates to nearly 300,000 viewers is a huge boost to Highlands, Snow said.

“What ProView does is offer a product that gives you high quality video that can turn into a great recruiting tool,” Snow said.

He specifically referenced a boys high school basketball game last winter when he watched one of his recruits, Manzano’s Eric Sonnenberg, have a breakout game against a district rival.

“I know it’s only Albuquerque, but you get into the middle of the season, and sometimes it’s hard to even make a drive that short,” Snow said. “Eric had, I don’t know, like a 30-point game against La Cueva and I basically offered him a scholarship based on that one game, a game I never would have seen if not for ProView.”