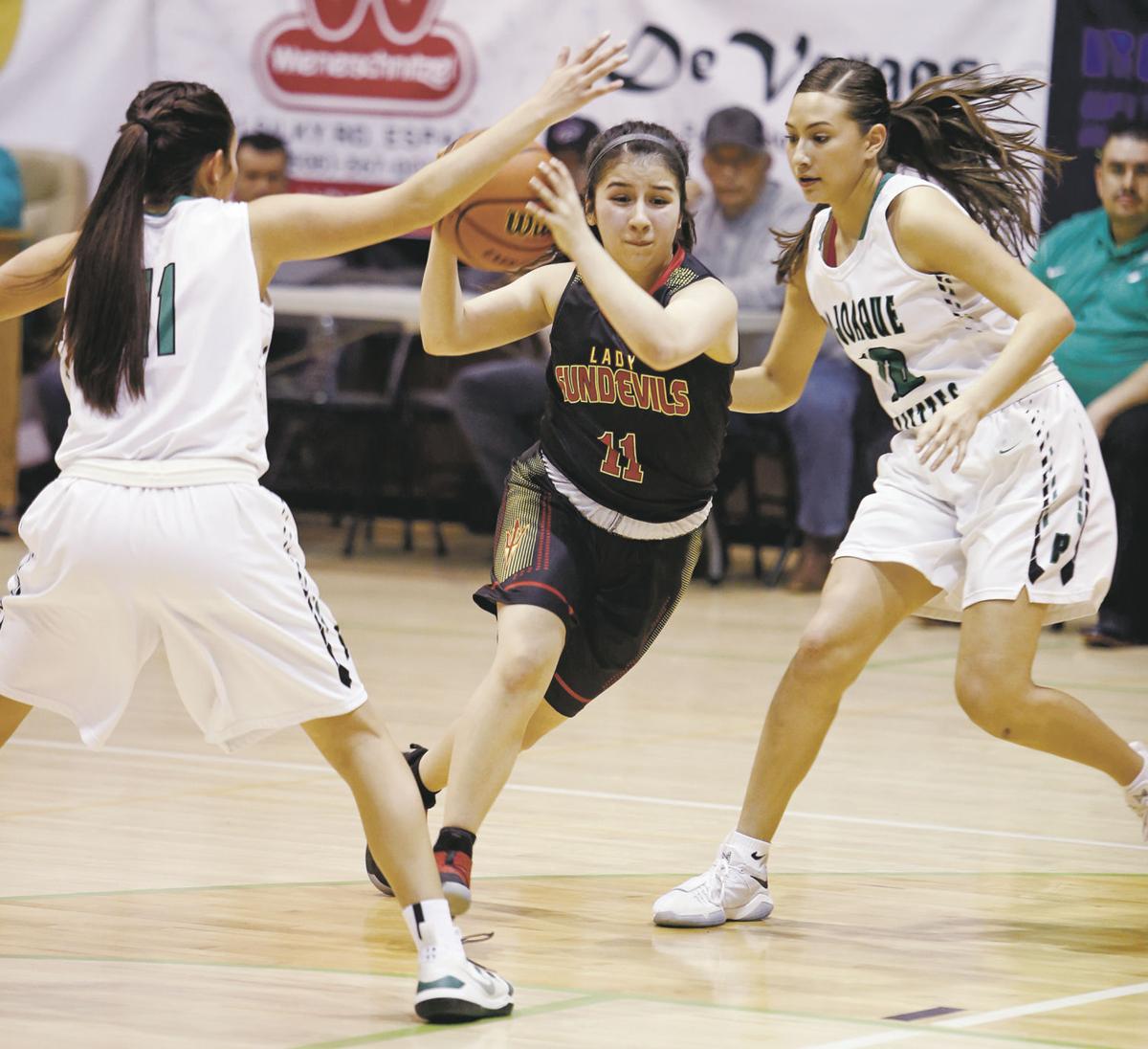 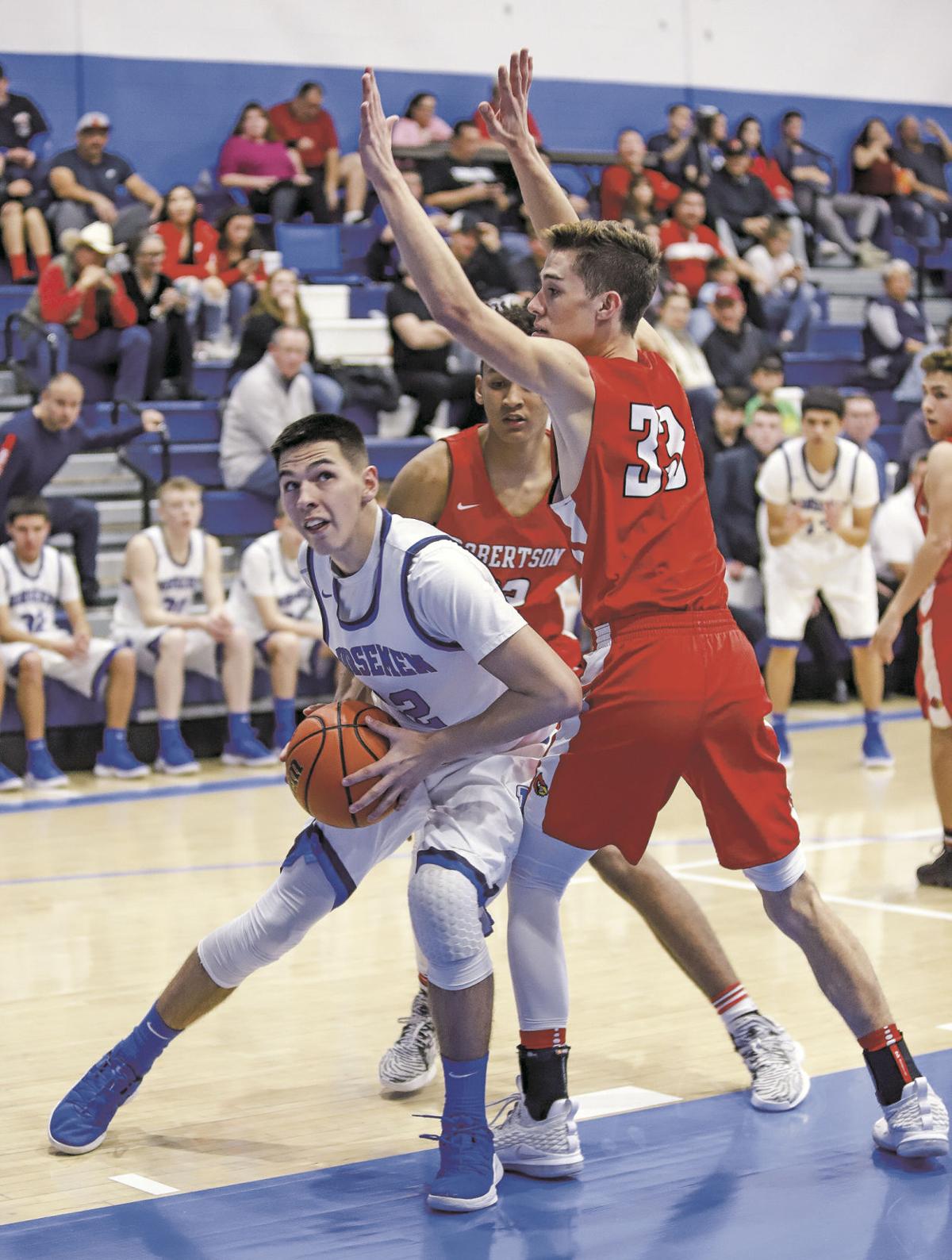 Outlook: The Demons might be the talk of the town, but the Jaguars will be whispered in their ears as the two should battle for the district title. Sanchez is an explosive guard who can score 30 points, while Arroyos and Herrera give the team size in the paint. If Capital can stay injury-free, it can play with anyone in the state — yes, even the Demons.

Outlook: As great as last year’s run to the championship was, the question that lingers is, “Can the Demons do it again?” Having a healthy White is huge, especially after fellow post Anthony Sisneros injured his right knee again. Martinez is a quick, crafty guard who can put up points. Cole feels this team is more versatile than last year’s, but leadership will determine the answer to the lingering question.

Outlook: Martinez takes over a program that has been one of 4A’s best for the past decade. It’s a younger squad than he envisioned, as Garcia is the lone senior with varsity experience. May is a good shooter, Duda and Equino are strong guards, and Jones provides more frontcourt depth. Losing sophomore forward Ollie Fell to an arm injury means the team will be even less experienced, and the run to a third straight district title will be more challenging.

Outlook: Maestas comes over from Mesa Vista to Los Alamos, and he wants to bring an uptempo style with him. The Hilltoppers are not as big as past teams, but Campos and Stanfield are bigger perimeter players. Owen and Carson bring some size and strength in the paint, but Los Alamos will have some bumps in the road during its transition. It might take half a season before the Hilltoppers find their identity, but they could be a tough out come 2-4A play.

Outlook: It’s year three under Vigil. Could this be the breakthrough he’s been waiting for? A 2-1 start looks promising, as Archibeque and Valdez looks like confident guards and Ortiz offers a presence inside. The Elks are still deficient in the paint, but if the guard play rises to the level of Española and Taos, they could make it to the state tournament in March.

Outlook: The Tigers could be the dark horse in Class 4A, what with a talented scorer in Khweiss and dependable guards in Limas and Varela. Armijo is an interior presence who can block shots, and Jeantete offers a hint of the future. Taos beat Española for the district tournament title last season, and that foretells some battles between the two teams come January and February.

Outlook: The Cardinals turned into a dangerous team after an 0-4 start, and it was their youth that led the turnaround. The trio of Vaughn, Gonzales and Marrujo gives Robertson a solid base, and there is size and length to give opponents trouble on the defensive end. Class 3A is more of a crowded field this year, and that means the Cardinals could be one of those teams that makes the leap to contender status.

Outlook: The Horsemen are as deep and loaded as ever, but now they have a chip on their shoulder after last year’s disappointing end to the season. They have plenty of size in Wood, Coriz and Martinez, while Flores, Gurule and Salazar front a strong backcourt. The only weak links this team might have are perimeter shooters and free-throw shooting, which already cost them a potential win over Roswell Goddard on Thursday.

Outlook: The Braves are taking a step or two back after a historic run to the 3A championship. The loss of James Bridges will be significant, and the Braves hope that Kobe Garcia can help fill the void in the interior. A tough nondistrict schedule will get SFIS ready for the rigors of 2-3A play, but can the likes of Candelario, Valencia and Garcia help them reach the same heights the team reached a year ago? The jury is still out.

Outlook: Will the third time be the charm for Bustos, who coached the Dons from 1998-2006 and from 2013-17. He has a talented group to start this tour, with Balizan and Byron giving the Dons size up front and Gonzales, Leyba and Gallegos solidifying the backcourt. The loss of senior guard Carlos Arellano to a dislocated hip will hurt, but there is plenty of talent to help ease that loss.