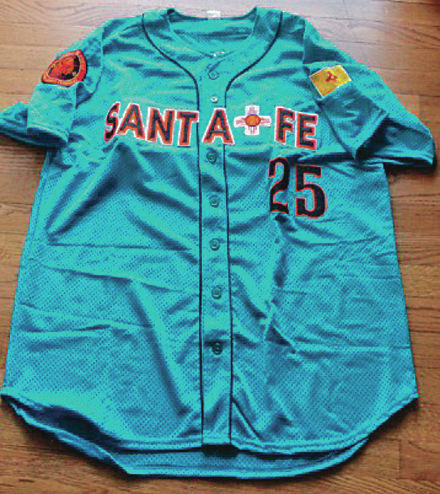 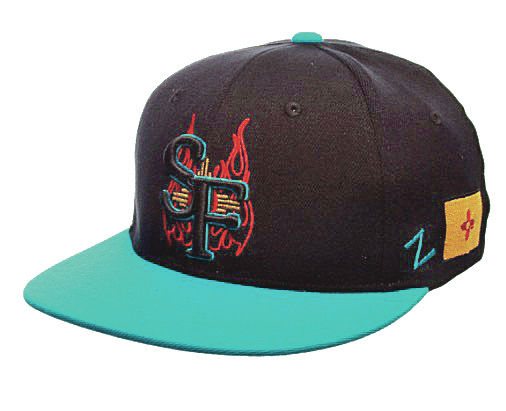 The Santa Fe Fuego will have new uniform colors this season. The new game is black and turquoise, replacing the red uniforms. Courtesy of the Pecos League

The Santa Fe Fuego will have new uniform colors this season. The new game is black and turquoise, replacing the red uniforms. Courtesy of the Pecos League

That’s the message from Commissioner Andrew Dunn when asked about the status of his independent baseball league, one largely considered the lowest rung of pro ball in the entire country.

Since Santa Fe became part of the Pecos League in 2012, the league has learned to survive with the City Different serving as its heartbeat. The Fuego have led the league in attendance and merchandise sales all four years, reaching the finals each of the last two seasons while hosting the annual All-Star game three years in a row.

So when rumors started swirling this week that the Pecos League was headed to pasture, Dunn stepped in to quash them.

He even went so far as to announce a uniform redesign for the Fuego. The team, which has advanced to the league’s championship series each of the last two years, is replacing red as its primary color with turquoise. Players will wear turquoise jerseys and black hats with a turquoise brim and highlights.

“The fans want change, and when the fans of Santa Fe tell me they love the look of that new jersey, I’m going to go with it,” Dunn said.

As for the rumors that his ever-evolving league is about to close up shop, he attacked them with the kind of vigor Dunn is known for.

“This league is doing better than ever, I guarantee you that,” he said in a telephone interview Friday afternoon. “Any talk about Santa Fe losing its team or this league going out of business — man, I tell you, that’s crazy. I’d like to know who’s saying that. It would take an absolute revolt from the city of Santa Fe for us to give up on that team.”

As for some of the league’s other teams, not so much. Dunn yanked the plug on the Las Vegas, N.M., Train Robbers the minute last season ended, moving the team to Topeka, Kan. Also gone is one of the league’s top teams, Trinidad, he said.

Although Dunn plans to make a formal announcement Monday regarding the Triggers not returning for 2016, he confirmed Friday that deal was all but done. This week he even removed all mention of the Triggers from the list of teams in the league.

Trinidad gained something of a cult following when FOX Sports did a season-long reality series on the Triggers in 2014. A camera crew followed the team at home and on the road, chronicling life on a Pecos League salary of $50 per week.

As popular as it was, the show never did amount to much success in other avenues. Attendance lagged despite the fact that the Triggers won the Northern Division title last year. Their season ended with a series sweep at the hands of Santa Fe in the divisional round.

While he stopped short of mentioning a specific reason for Trinidad’s demise, he said it didn’t help when Colorado legalized marijuana.

“You put that around a bunch of players and it’s always going to be a problem,” Dunn said. “These guys already have access to hard liquor, so adding that to it doesn’t help.”

The Triggers could be moved to Salina, Kan. If so, it would continue an eastward migration of a league that will expand from eight to 10 teams in 2016. In addition to Topeka, other Kansas teams include Great Bend and Garden City. Garden City joined the league last season and enjoyed success off the field with big crowds and community involvement.

The four Kansas teams will make up their own division while the remaining five will be in the South. Joining the Fuego will be returning teams White Sands, Roswell, Las Cruces and Alpine, as well as the expansion Tucson Saguaros.

Dunn said the playoffs could include as many as five teams and that the All-Star game will again be played at Fort Marcy Ballpark.

“I guess the only issue some people might have with us and the city of Santa Fe is what to do with Fort Marcy,” Dunn said. “We’re always talking about the fences and maybe doing something with the field. I deal with them almost every day about something, but the rumor that we’d quit playing or Santa Fe was in trouble — man, that’s like saying the UNM Lobos are dropping down from Division I. There’s just no truth to it. It makes no sense.”