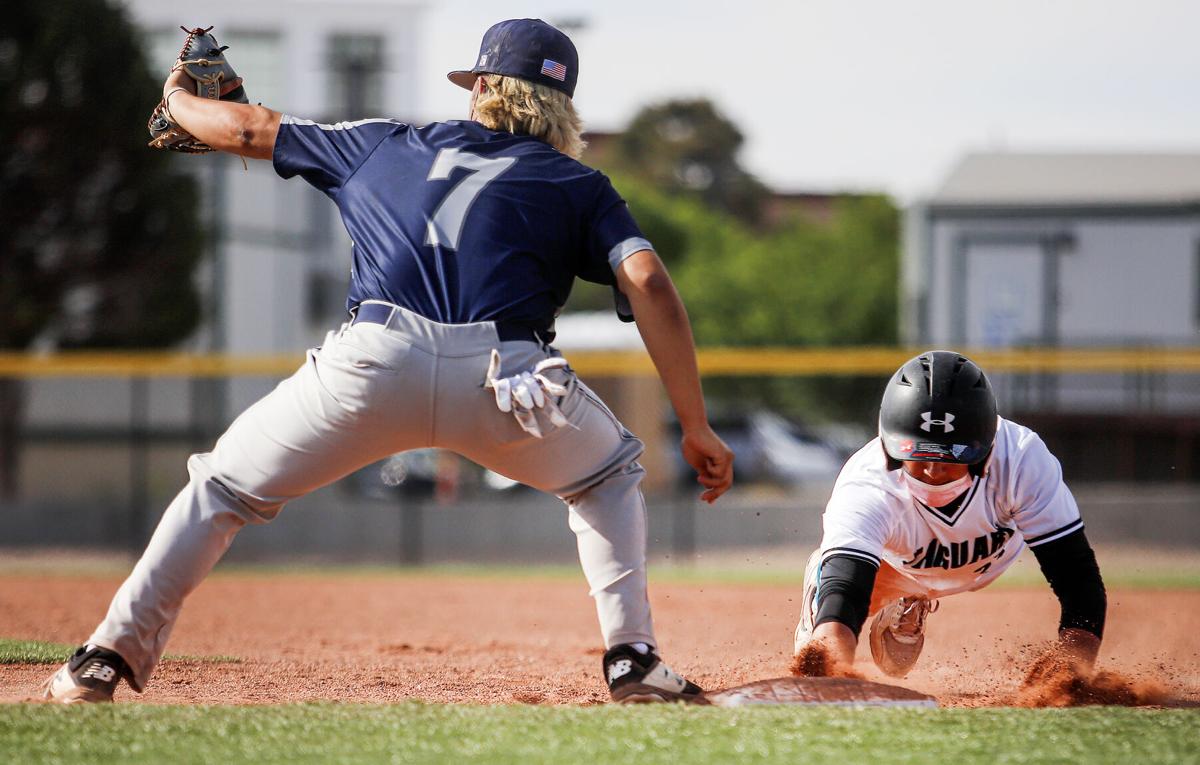 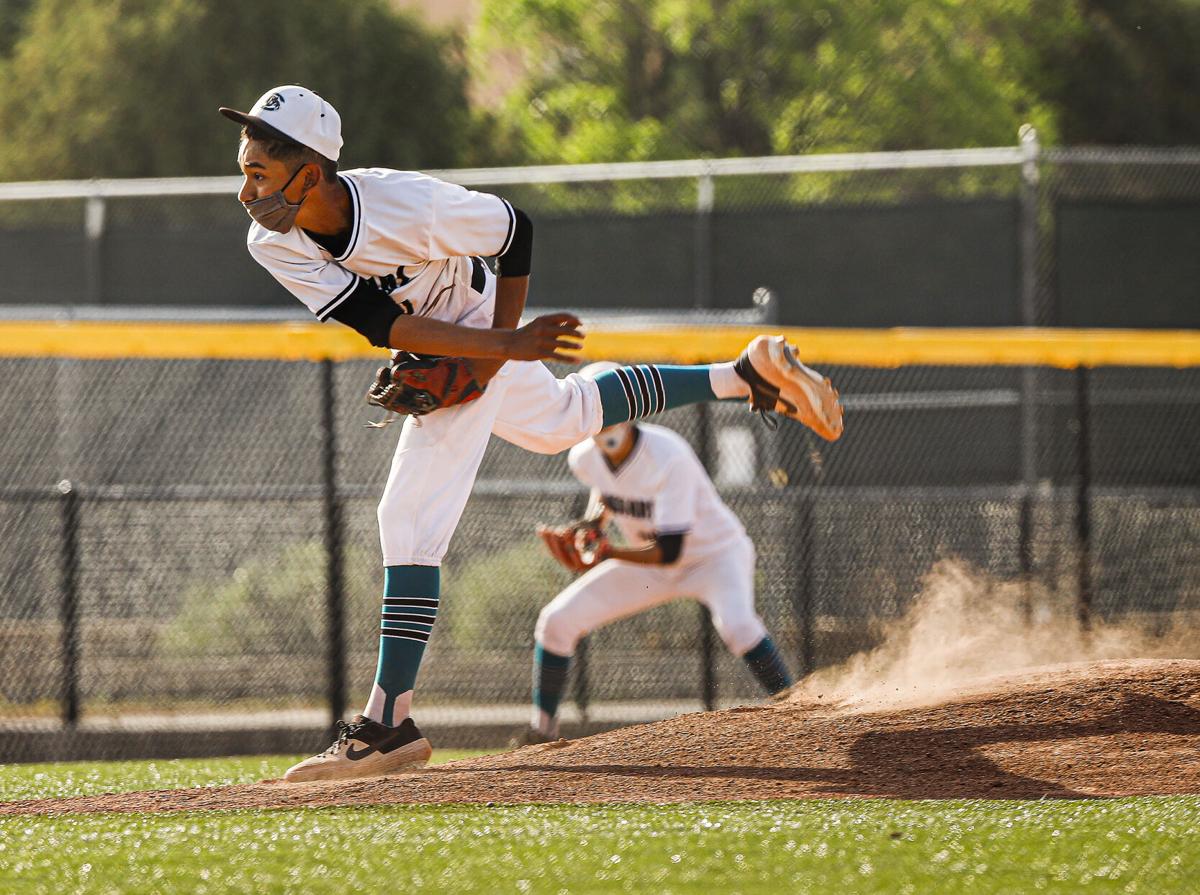 Capital’s Onel Espinoza pitches toward the end of Thursday’s game against Rio Rancho. The Jaguars lost 21-0. 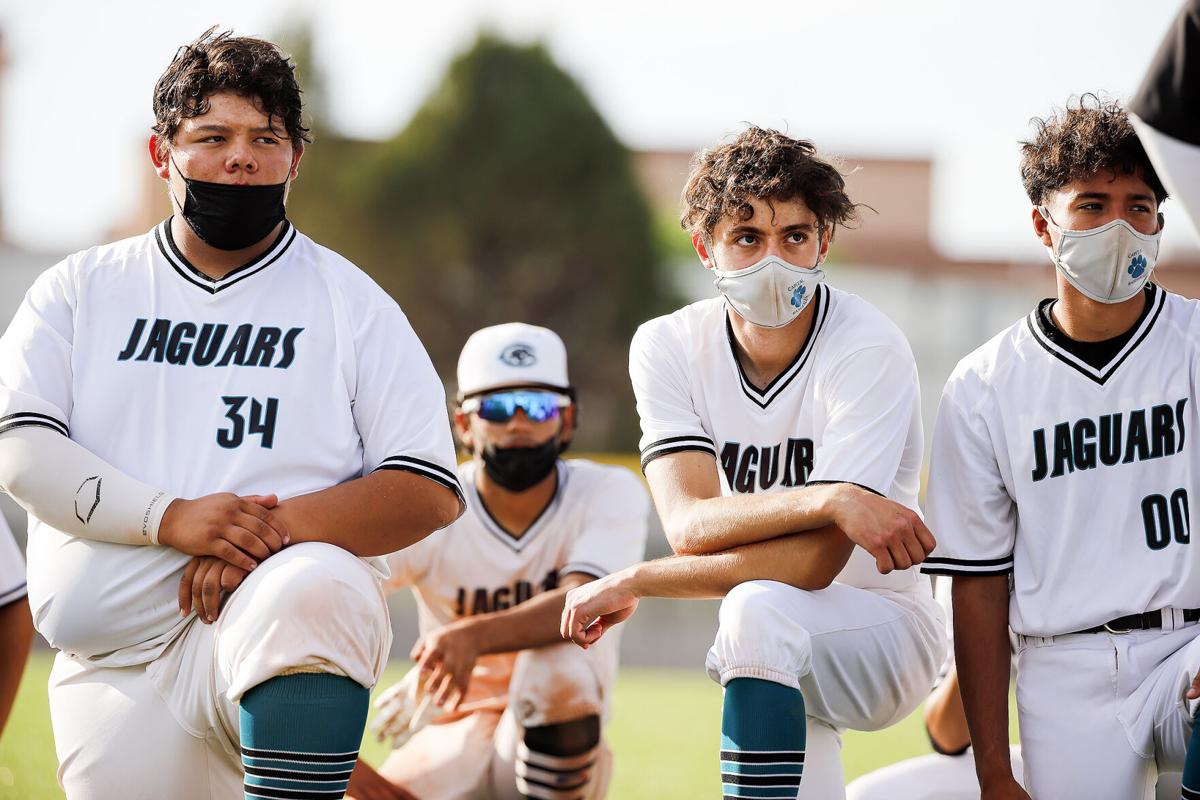 Members of Capital’s baseball team listen while their coaches speak to them following their 21-0 loss against Rio Rancho on Wednesday evening. 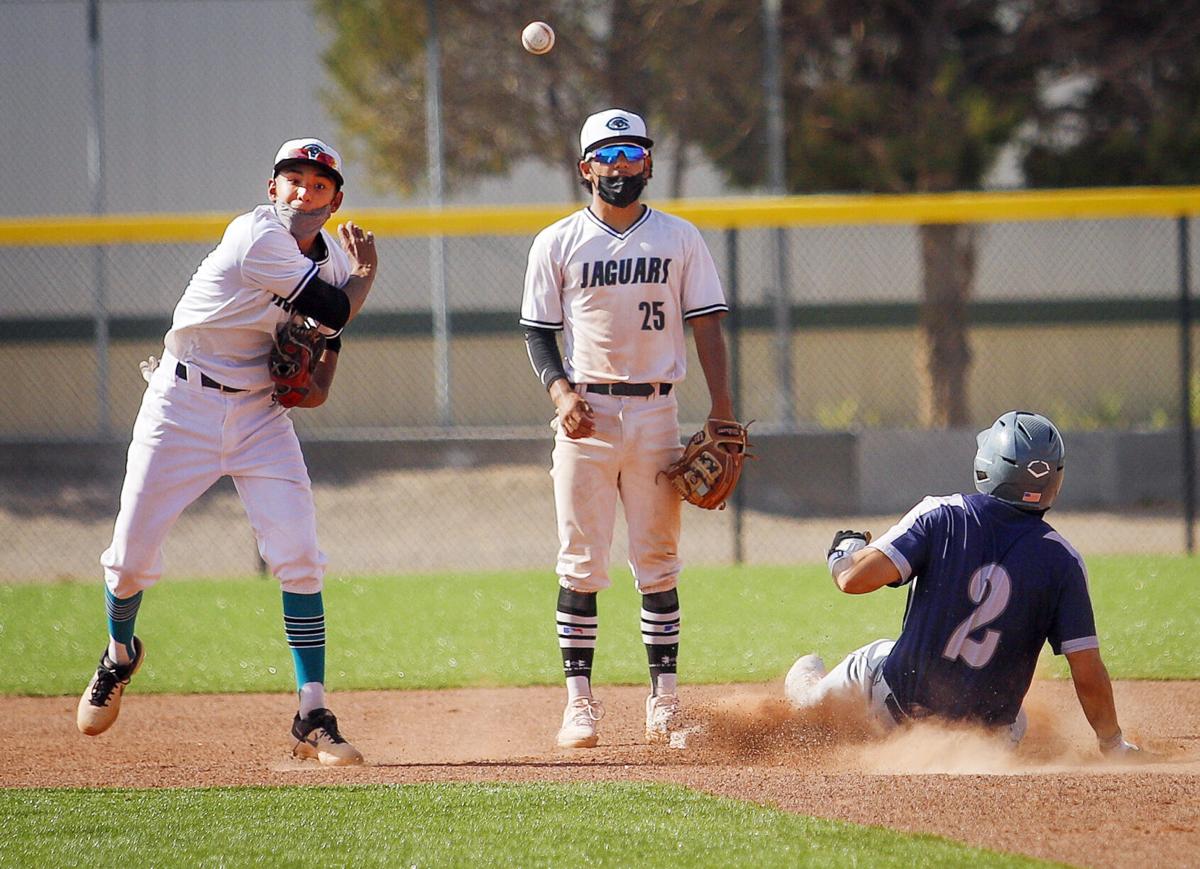 Capital’s Onel Espinoza throws the ball to first while attempting to complete a double play. The Jaguars lost to Rio Rancho 21-0.

Capital’s Onel Espinoza pitches toward the end of Thursday’s game against Rio Rancho. The Jaguars lost 21-0.

Members of Capital’s baseball team listen while their coaches speak to them following their 21-0 loss against Rio Rancho on Wednesday evening.

Capital’s Onel Espinoza throws the ball to first while attempting to complete a double play. The Jaguars lost to Rio Rancho 21-0.

What Capital wants to be, the Rio Rancho Rams are.

The two programs play a similar style of baseball — one predicated on batters putting the ball in play to force pressure on opposing teams, playing tough, error-free baseball on the defensive side and throwing quality strikes on the mound.

The difference Wednesday afternoon was execution.

The Rams were nearly flawless in forcing Capital into early errors that led to a nine-run opening frame, and they continued to apply pressure for the rest of the afternoon while cruising to a 21-0 five-inning, nondistrict win at Jaguar Field.

While the final was lopsided, it was just par for the course for top-ranked team in the state, according to MaxPreps.com. The win was the 20th in a row for the program since 2020 and the Rams improved to 17-0 in 2021. It was the fourth time Rio Rancho posted at least 20 runs on the scoreboard and the second time in the past three games. In fact, the Rams have beaten their last three opponents by a combined score of 51-3, with the lone runs scored by Albuquerque Volcano Vista.

Rio Rancho head coach Ron Murphy, who recently became the winningest head coach in state history with the 21-3 win over the aforementioned Hawks on June 1, said Capital compared favorably with Volcano Vista. Perhaps it should be no surprise those two teams sit 12th (the Hawks) and 13th (the Jaguars) in MaxPreps’ Class 5A rankings and are battling for an at-large bid for the state tournament.

The Rams, however, are in a class by themselves. They have allowed just 12 runs and no team has scored more than three runs. Capital managed just one base hit, a hit batsman and five walks against Rio Rancho. Meanwhile, the Rams’ offense is averaging more than 12 runs per game behind a simple philosophy — put the ball in play and don’t strike out.

“We’re just on a roll right now,” Murphy said. “I mean first inning, nine runs, that takes a lot of teams out of a game, and we’ve done that to a lot of teams this season. It takes nothing away from what they’ve done. We’re just playing really good baseball right now.”

Rio Rancho center fielder Eric Romero, whose dad is a Santa Fe High graduate and his grandfather coached the Demons, demonstrated the Rams’ philosophy from the outset. He battled his way to a lead-off walk on seven pitches in the top of the first inning, moved to second when the coach’s son, Tyler Murphy, was hit by an Adrian Valenzuela pitch and scored on a Dominic Priddy single to left to open the scoring.

However, Jaguars left fielder Francisco Diaz overran the ball and it continued to the fence to allow Murphy to score for a 2-0 lead. It was the start of four-error inning by Capital, which exacerbated the rally. Jaguars head coach Nicholas Salazar, who counts Murphy as a mentor through their club baseball association, said his team cannot afford to commit mental gaffes against such a talented team and expect to compete. However, he conceded that the Jaguars are still learning how to win after 15 consecutive losing seasons.

This, he said, is part of that process.

“These boys are doing a great job,” Salazar said. “I have all the faith in the world in them. We’ve been climbing a mountain all season long and we just ran into a little glitch, that’s all.”

It was just the start of a warm welcome for Romero, who reached base all four times he stepped up to the plate, collected two doubles, drove in three runs and scored four times in front of his extended family. Romero not only scored Rio Rancho’s first run, but the 21st run to cap his performance.

Romero said it was the first time he played in Santa Fe, which gave him a tad bit more incentive to play well.

“Getting to see my family and they get to see a game like this is pretty heartwarming to me,” Romero said. “My family doesn’t get to watch many games — just my parents and my brother usually. Coming from a baseball family, it feels pretty good to get them out here.”

Meanwhile, Capital was left to find a way to take some good out of the game. Salazar pointed out that he used only three pitchers against the Rams, which will leave the Jaguars in good position for their final District 5-5A games Saturday — a doubleheader at Albuquerque Manzano. Sophomore Izaya Sanchez-Valencia was the key to Salazar’s plans, as he lasted 31/3 innings and pitched into the fifth. Salazar said a deviation from the plan would upset his rotation for the weekend, and that was crucial for a team that doesn’t have a plethora of arms.

While he allowed 11 runs on 12 hits, Sanchez-Valencia labored long enough in his first varsity stint on the hill to prevent his head coach from using more pitchers.

“It was a little nerve-wracking going up against the best team in the state,” Sanchez-Valencia said. “After I got through that first inning, it got easier and I got some ground balls, but we have to not make as many errors. Get the ball, get the out and we’ll be good.”

Despite the lopsided score, the Jaguars still entertain postseason hopes — which are slim. A Capital sweep this weekend will guarantee it no worse than a tie for second place with Albuquerque High and give the team 12 wins. That will match the total number of wins the program recorded in Salazar’s first three seasons and will tie the 2005 squad with the highest win total for a season.

Sanchez-Valencia said the Jaguars would likely play Rio Rancho in the first round, provided the Rams secure the District 1-5A title. He said the team needs to learn from its mistakes against the Rams to have a shot at pulling off a major upset.

“If we’re gonna be in state, we’re gonna play them again,” Sanchez-Valencia said. “Hopefully, we can do better.”