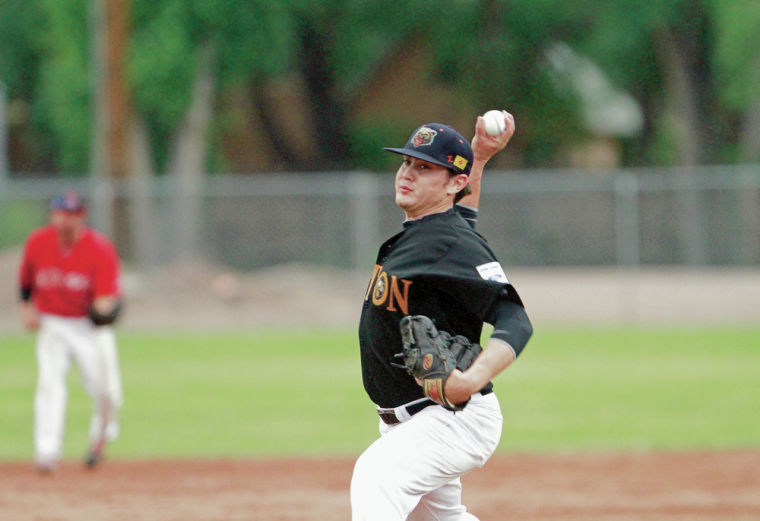 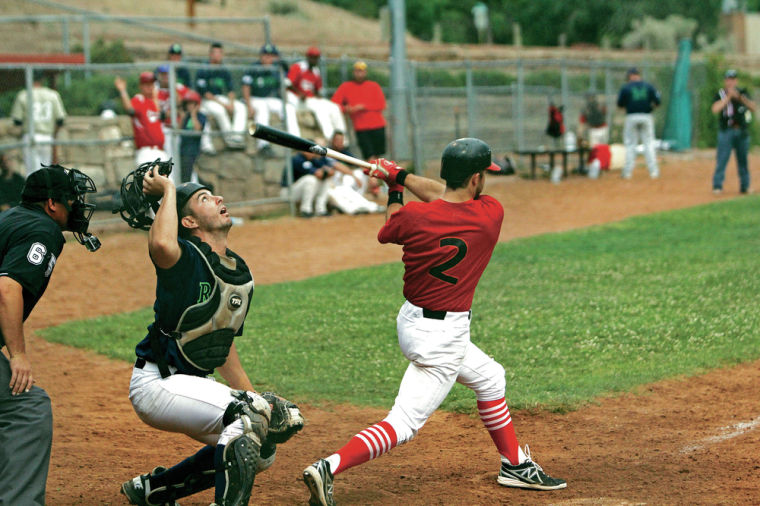 A lot of all-star games can boast they have a little bit of everything.

In the case of Saturday night’s Pecos League mid-summer classic at Fort Marcy Ballpark, that just happened to be true.

The teams combined to use 20 pitchers, pound out 32 hits, launch five home runs and get a stern warning from the home plate umpire after tempers flared late in the game.

Oh, and the visiting team nearly overcame a 12-run deficit.

Called upon to close out a tense contest, Bowser induced a double play in the top of the ninth before retiring the final batter on a harmless infield fly as he and the rest of the Northern Division All-Stars beat their counterparts from the Southern Division, 14-12, at rainy Fort Marcy.

All told, seven Santa Fe players suited up and saw action. Bowser got the save for his one inning of work while starting shortstop Charlie Calamia went 2-for-3 with a two-run home run and a pair of runs scored.

The game’s Most Valuable Player award, however, went to Las Vegas TrainRobbers outfielder Will Walsh. All he did was belt a three-run home run in his first plate appearance, then launch a monstrous grand slam into the trees in right in his next at bat.

“I’m sure I’ve never had a start like that before,” he said. “Like never. But it was great just to contribute. These really aren’t anything more than fun exhibition games where, for one night, we can be teammates with guys we’ve spent an entire year playing against.”

Walsh finished 4-for-5 with seven RBIs and a beautiful sliding catch in right with the tying run at the plate and two out in the top of the seventh. At the time, the North was laboring to protect what had been a 14-2 lead. When Walsh slid on the grass to make his grab, the South had scored nine unanswered runs to make it 14-11.

With so many pitchers being used, the league allowed both teams to use a designated hitter to avoid massive turnover in each lineup. Walsh was the North’s DH, batting out of the final spot in the starting order.

“Honestly, I might not have even been playing if we didn’t go with a DH,” he said. “I was just happy to be out there. Hey, put me anywhere. I just want a chance.”

Had the South completed its remarkable rally, the MVP may well have gone to Roswell outfielder Ryan Normoyle. He also went 4-for-5 with a three-run home run, three singles and six RBIs. He also scored three times and was hit by a Bowser fastball to lead off the ninth inning.

Before Bowser took the mound, cooler heads had to prevail. In the bottom of the eighth, Trinidad’s Frank Florio was attempting to score from second on a bloop single to left by — who else? — Walsh. Florio was thrown out at the plate, but not before he had a violent collision with Roswell catcher Mike McCarthy.

South relief pitcher Scott Hartling took notice and promptly hit Jon Hotta of Las Vegas with the very next pitch. Hotta stared Hartling down as he slowly took his base, giving the umpiring crew plenty of time to issue warnings to both teams.

Fort Marcy was, after all, the site of a bench-clearing brawl on the Fourth of July when Taos and the Fuego got into a scrum late in Santa Fe’s 10-8 win.

“There are a lot of alpha males walking around in a game like this,” Bowser said. “You kind of expect it most of the time. It just happens.”

The South scored the game’s first run in the top of the first inning, but the North steadily pulled away by scoring in each of its first four frames. A five-run fourth was punctuated by a two-run double by Raton’s Sam DiMatteo and the two-run shot by Calamia.

The South bullpen was virtually impenetrable after that, allowing no runs on five hits over the next four innings. It helped the South scrape back into it, bringing the tying run to the plate in each of the final three innings.

Notes: A scout from the Houston Astros was on hand to take a look at Roswell relief pitcher Cass Ingvardsen. Known for a high-90s fastball that can literally go anywhere within two feet of the strike zone, the flamethrowing righty faced only one batter. It came in the seventh when he coaxed Fuego infielder Kyle Zimmerman to fly out to center to end the inning.