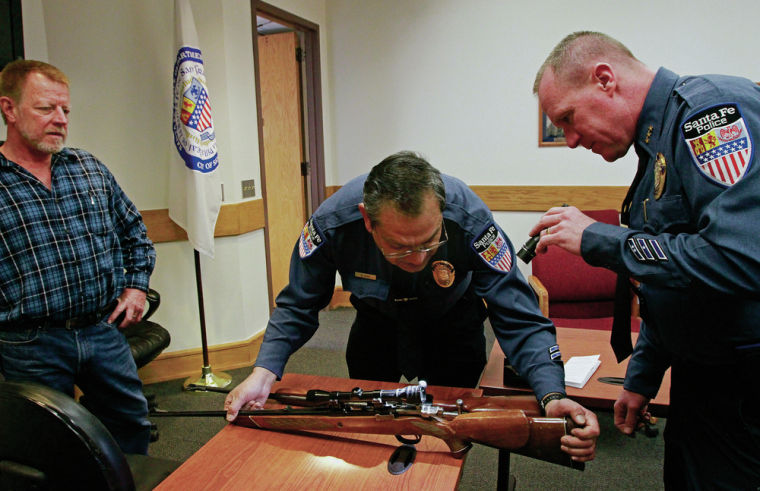 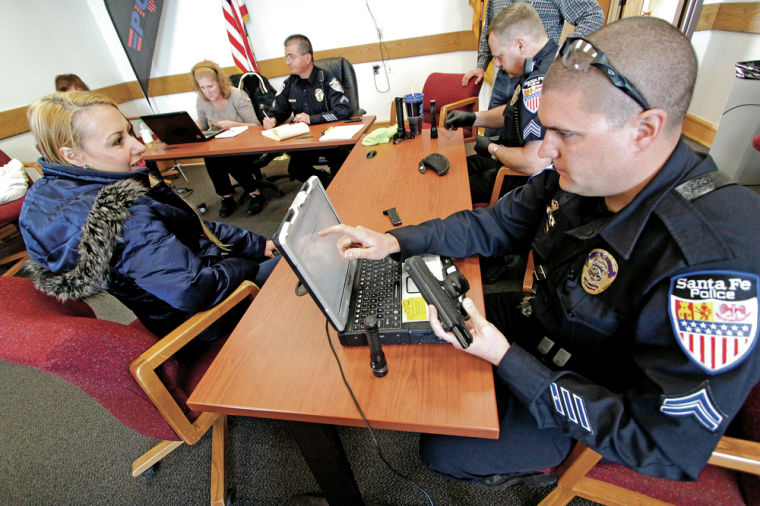 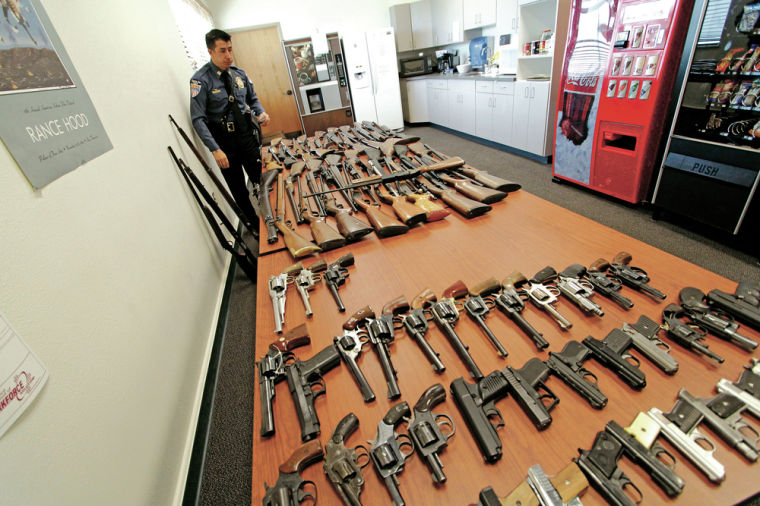 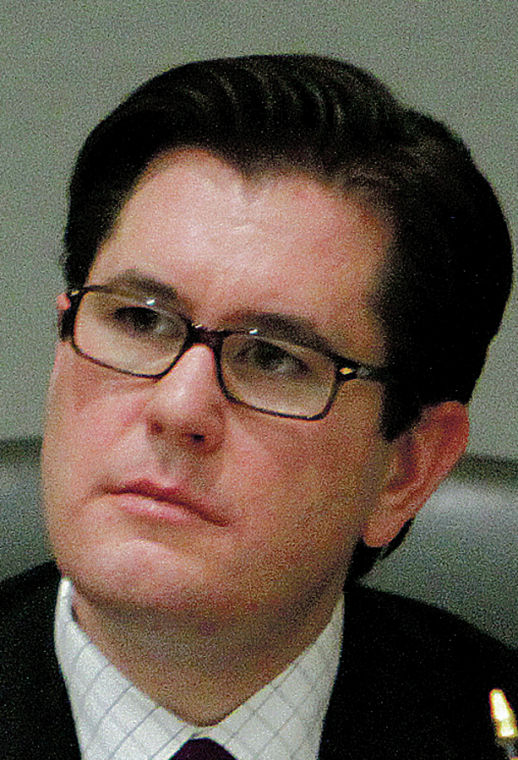 State Rep. Brian Egolf, a Santa Fe attorney, turned in a Russian-made assault rifle and two handguns to the city in exchange for a promise of hundreds of dollars in municipal funds.

State Rep. Brian Egolf, a Santa Fe attorney, turned in a Russian-made assault rifle and two handguns to the city in exchange for a promise of hundreds of dollars in municipal funds.

Brian Egolf, a Santa Fe lawyer and Democratic state legislator, was among gun owners who turned in firearms to city police during a recent gun-buying event, thinking he wouldn’t be identified.

However, Egolf, who surrendered a Russian-made assault rifle and two handguns in exchange for a promise of hundreds of dollars in municipal funds, showed up on a list distributed at a public meeting this week at City Hall.

“My recollection was that it was announced as an anonymous thing,” Egolf said Tuesday when asked about the Jan. 12 transaction. “It’s unfortunate that this happened because there are people who may have a criminal tie to a firearm. This is really going to hurt the city’s efforts at future gun buybacks.”

As for how he came to own the assault rifle, Egolf said someone gave him the Korean War-vintage weapon when he was a high school student and used to take firearms to Diablo Canyon, west of town, to shoot at bottles and cans. But he said he doesn’t remember who gave him the assault rifle and that he never fired it because he didn’t have the right ammunition and lacked the clip or magazine that holds the bullets.

“It was sitting up on the shelf for years, and this came up, and I thought, ‘Wow, this is great — a chance to get some money back from the government,’ ” he said. “I’ve got two little kids, and even though there was no ammunition or any way that I knew of to operate it — I don’t even know if it works or not — but better safe than sorry. I think it’s part of the issue of firearm safety in general.”

Despite promises of anonymity for those who participate in the city of Santa Fe’s gun-buying program, the city released a list of dozens of people who got IOUs when they surrendered their guns at police headquarters after the city’s gun buyers ran out of pre-paid Visa gift cards used to pay for firearms at events held Jan. 12 and Feb. 9.

The list, which includes the gun sellers’ addresses, phone numbers and the weapons they sold, was included in materials distributed at Monday’s meeting of the city Finance Committee, which recommended the City Council appropriate an additional $33,000 to pay off those IOUs and buy more firearms at the city’s third gun-buying event, planned for March 9. The city initially had budgeted $25,000 for the program, under which it pays $100 for long guns such as rifles and shotguns, $150 for handguns and $200 for any firearm considered an assault weapon.

Police Chief Ray Rael said after the Finance Committee meeting that he was surprised the names were made public because he was told all gun sellers would remain anonymous.

City officials also had announced that police would only buy functioning firearms under the program, which is intended to help keep guns out of the wrong hands by destroying them. However, an Albuquerque man who drove up to Santa Fe on Jan. 12 said he sold a nonfunctioning Mossberg shotgun with a broken pump. The man said he identified himself by the pseudonym “Speedy Baca” so he could stay anonymous.

“I got that $100 gift card and, in turn, I went to Sportsman’s Warehouse and I put that $100 toward a Springfield Armory XD .40-caliber — a concealable, high-capacity pistol — and I posted pictures online on a bunch of threads about how to take advantage of gun buybacks,” he said.

“Speedy Baca” said most of the people he saw at the Santa Fe sale were selling weapons worth less than $100, including “junk knockoffs.”

Lino Ortiz, a Taos electrician who came to Santa Fe on Feb. 9 to sell two handguns, said his name appeared on the city list because after the police paid out all the money they had allocated, they gave people who were still waiting in line the option of staying anonymous by turning in their weapons without compensation or giving their names and contact information so they could be paid later.

“What I didn’t realize is that they were still going to make [his name] public information,” he said. “I’ve yet to be compensated for it. They said they would have us a debit card last week, but I called the Finance Department, and the lady down there told me, ‘Well, we still haven’t gotten them yet.’ Maybe they’ll call me back.”

“They did it [took down names] because they didn’t have enough money to pay us,” he said. “I filled out my phone number and my address for them to pay me. … Anybody else who wanted to get the voucher, you [could] come back later. I said, ‘I’ve been in line for two hours. I’m not going to come back again.’ …

“Let me tell you, I felt so uncomfortable there in line. … I said, ‘Some of these guys in here are little punks.’ Excuse the expression, but they shouldn’t be having them, and they’ve got two or three that they’re turning in.”

Sanchez said he’s still waiting for his money. Nevertheless, he thinks Santa Fe’s gun-buying program is worthwhile. “I think it’s a good thing the city’s doing this,” he said. “I love it. I even called the mayor a few days ago to tell him to do more.”