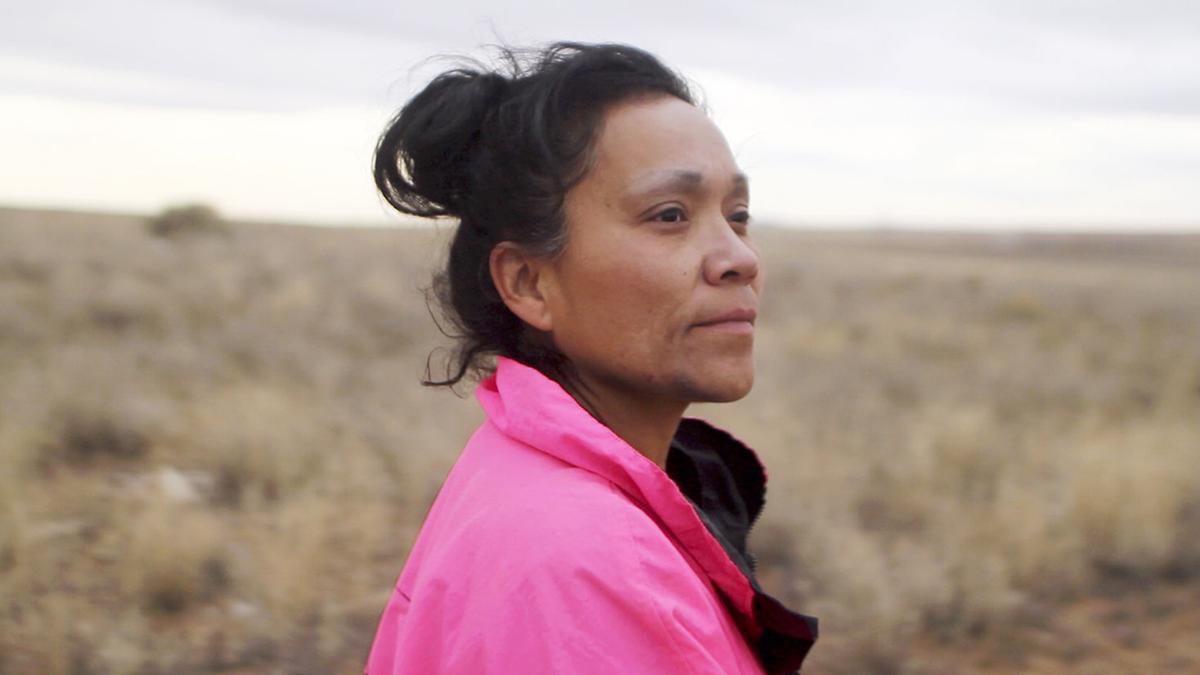 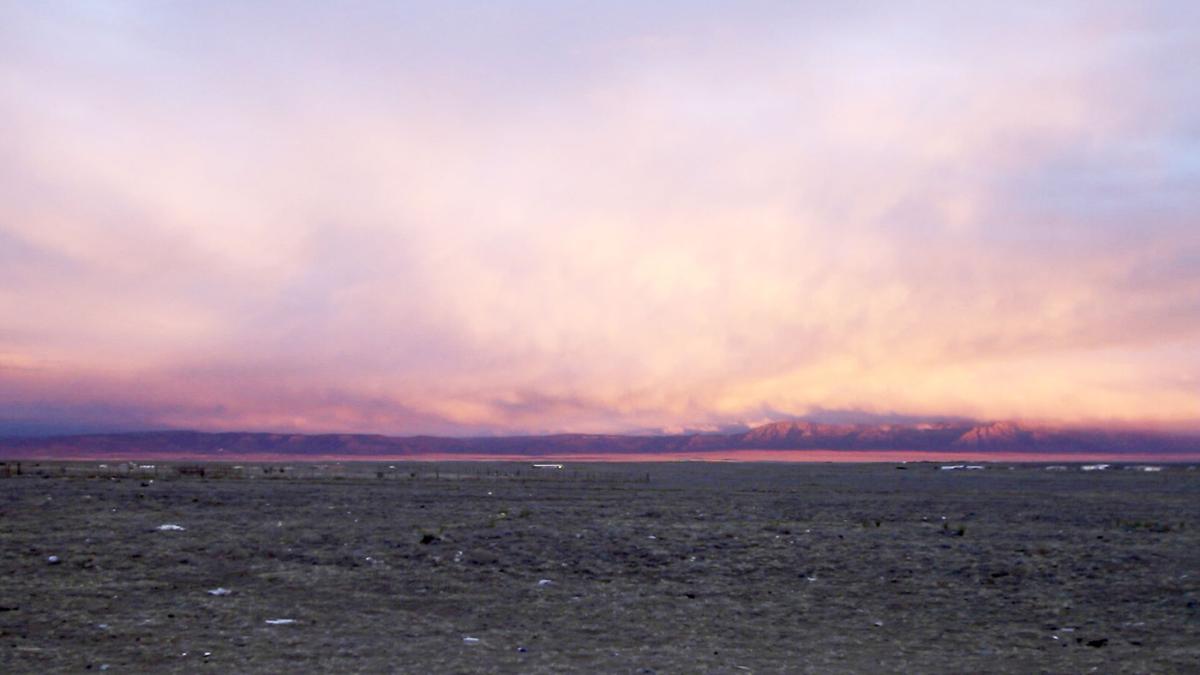 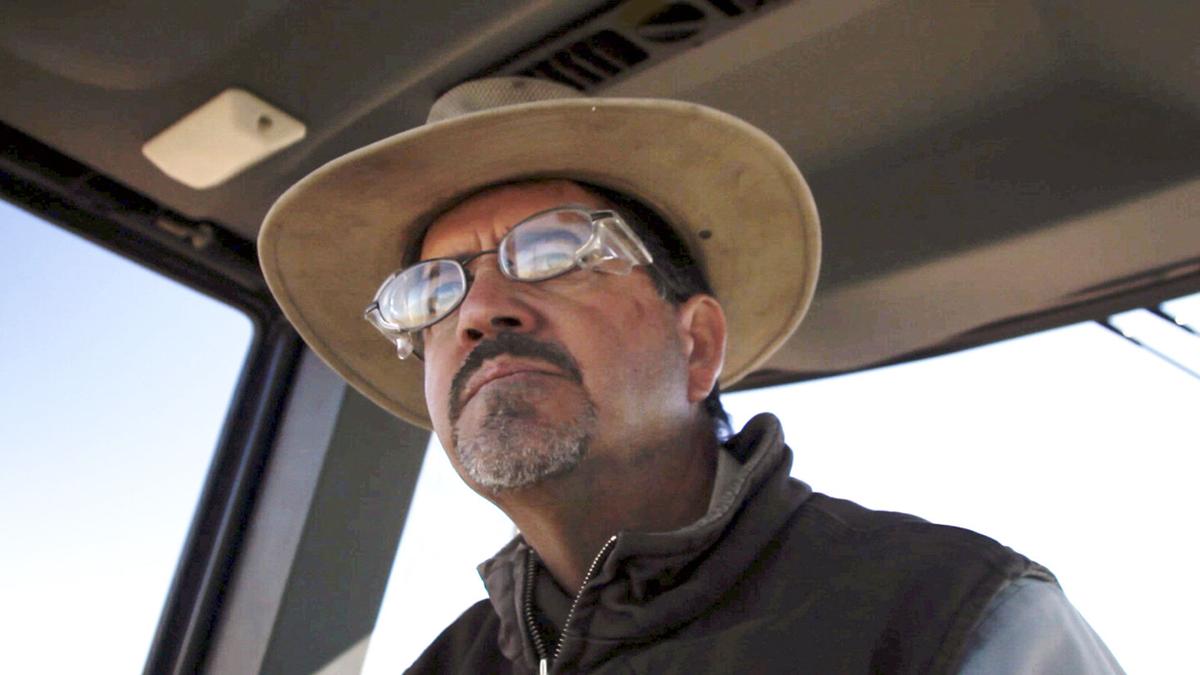 The sun creeps palely up Pajarito Mesa, a nearly 18,000-acre tract of desolate land just 15 minutes from downtown Albuquerque. Carlos Proffit peers out at the desert dawn from his makeshift home on the mesa. “Sometimes the wind’s howling, crashing,” he tells the camera. “Some people get frightened when they get out into open country. Some people feel perfectly at home.”

Proffit is a central figure in Jesse R. Fisher and Jackie Munro’s affecting documentary A New Land (Una Nueva Tierra), which plays at The Screen Thursday, Oct. 19, as part of the Santa Fe Independent Film Festival. The film follows three families who live without water or electricity on Pajarito, as residents call it, in trailers or jerry-built houses among the piles of trash that city residents dump out on the forgotten plateau. Proffit agitates for recognition from the city of Albuquerque, whose police often have trouble finding 911 callers since the mesa is not on the first-responder map — even though it’s been estimated that more than 1,000 people reside on Pajarito, which is also a popular place for criminals to commit gangland-style murders and leave bodies. “Who lives here?” Proffit asks in the movie. “I call us the unwashed and the unprepared.”

In addition to Proffit and his partner Dora Verdin, the filmmakers spent time with Bura, also known as Bernardo, a Mexican immigrant in his seventies, as well as his brother Socorro Iguado Mendoza. The camera follows Bura around the desert as he picks up refuse to repurpose while waxing philosophical on the immigrant experience, pondering what it is to live between two countries and never fully belong to either one. Another struggling family on the mesa is made up of feisty veteran Vanessa Duncan and her partner Mario Soto, along with their young son Dinaho, who comb the land looking for salable items to hawk along the roadside as they await a much-needed check from the VA.

A New Land is the first feature for Fisher and Munro, who met several years ago at NYU film school. They moved to Albuquerque to make the documentary, as Munro put it, “not really even knowing what the film would be.” When they read an article about Pajarito Mesa in the Santa Fe Reporter, the place seemed to align with their preoccupations. “We both had a loose interest in survival in the desert, especially as the climate changes — how do people survive in seemingly harsh environments?” Munro said. “We’re interested in the immigrant experience in the United States as well as the experience of aging immigrants, and what it means to be in a place that’s not technically your own or that you might not feel comfortable in.”

Pajarito is entirely off the grid and much less regulated than the rest of Bernalillo County. It’s a place for low-income — or no-income — people to live cheaply, if not always safely. The film highlights the mesa’s otherworldly, interstitial quality with gorgeous landscape shots of its windswept beauty through the seasons. The residents’ hand-built homes, made of found materials, are more modest than Taos County’s attractive earthships. In one sequence, Proffit hears shooting in the arroyo near his house and calls 911; the scene has the air of one that’s been enacted several times before, punctuated by Proffit’s repetition of the disturbing phrase, “They’re right there in the arroyo where they execute and burn people.” Despite the careful grid coordinates he gives to the dispatcher, police deputies are unable to find the shooters before they vacate the premises, and Proffit’s frustration is palpable, with no solution in sight.

The filmmakers met Proffit first, who introduced them to Bura, Socorro, Vanessa, and Mario. Munro said they began shooting on the mesa in 2013 and came out to film every other weekend for three years, usually spending the night with their subjects. They spent the first year filming Bura alone. “In a lot of ways, he taught us how to be filmmakers,” Munro said. “Really, to spend time with someone and document their life — we owe him an incredible amount. He just let us film everything he did over and over again.” They stayed in an old fifth-wheel trailer on Mario and Vanessa’s property. “I have some really strong memories of waking up with rain dripping on my face. The storms out there can be really intense, so we felt like the whole thing might fly away in the middle of the night.

“Bernardo had this fascinating fireplace situation where he would load the fire from outside,” Munro continued. “It was an old metal drum that would heat up the entire house. He kept his house at probably about 90 degrees, so for a dirt-floored, hand-built adobe, it was pretty intense. So to wake up there would be to wake up sweating.” Proffit’s house, outfitted with solar panels and a thriving greenhouse garden, was the most comfortable, she said, a “beautiful radiant-heat home, with Carlos making you coffee and Dora making you the most delicious breakfast of your life.”

The filmmakers frequently charged batteries, as residents do, at McDonald’s, just 20 minutes away from Pajarito. They had to acclimate to other ways of life on the mesa. “We would loosely have plans to film with this person or that person, but it wouldn’t be odd for someone to not be there,” Munro said. “There’s not cell phone service up there, and all of our subjects with the exception of Carlos had intermittent ownership of cell phones. Overall, our sort of motto was, ‘Just shoot through it.’ Whatever was happening, just, you know, point the camera and make it happen.”

Though the documentary is an intimate portrait of its subjects, probing their thoughts on systemic poverty, mental illness, aging, and dying, it does not always fill out the edges of their stories. In one scene, Dora packs up her kitchen equipment at Proffit’s house — it’s unclear where she is going, or why. Munro affirmed that at the time, Dora had decided to leave Proffit. “There are some open-ended moments in the film because there are some open-ended moments in life. When we filmed Dora leaving, did we know if she would come back? We knew that she was leaving at that moment. Putting a definitive cap on it wasn’t our goal.” Contradictions abound on the mesa. Socorro is somewhat skeptical of the Bible’s precept that the meek shall inherit the earth in the afterlife, that they will be born into a new land. “If you’re poor, you’re always going to be poor, right?” he says. He compares his circumstances to the ocean, with its ceaseless and returning tides, or an aluminum can, which is manufactured, filled, and sold, then recycled over and over again.

But A New Land also gives the impression that life on Pajarito is as ephemeral as a sand painting, much more dependent on outside elements than in other places. Most of the filmmakers’ subjects are now in different circumstances from those depicted in the film. Mario is currently in jail. Munro said that Vanessa’s “not in a good place. Her life situation has become increasingly unstable.” Bura died in March at age seventy-eight, a week before the film’s premiere at the Ashland Independent Film Festival in Oregon. “The story of his passing is a very Pajarito story,” Munro said. “Someone who was using meth saw him as an opportunity, a place to live, and essentially took over his home when he wasn’t home. He ended up sleeping in a car. He’s a stroke survivor, and he ended up having a second stroke, we think because of the stress of the situation.”

Bura was able to see the documentary before he died, Munro said with emotion, and the filmmakers said goodbye to him in his hospital room. She said the people in A New Land mean much more to her than just subjects from a now-finished project. “When you make something for five years, the relationships are even more than the film. People just become such a big part of your life.” ◀

“A New Land” screens at 5:30 p.m. Thursday, Oct. 19, at The Screen. Filmmaker Munro and subjects Carlos Proffit, Dora Verdin, and Socorro Iguado Mendoza are in attendance.

"We're interested in the immigrant experience in the United States as well as the experience of aging immigrants, and what it means to be in a place that's not technically your own." — A New Land filmmaker Jackie Munro

Surging ticket sales suggest the 2017 Santa Fe Independent Film Festival will draw the biggest crowds in its nine-year history. It opens with The Square, the Palme d’Or winner from this year’s Cannes Film Festival and Sweden’s official nominee for Oscar consideration as best foreign-language feature.