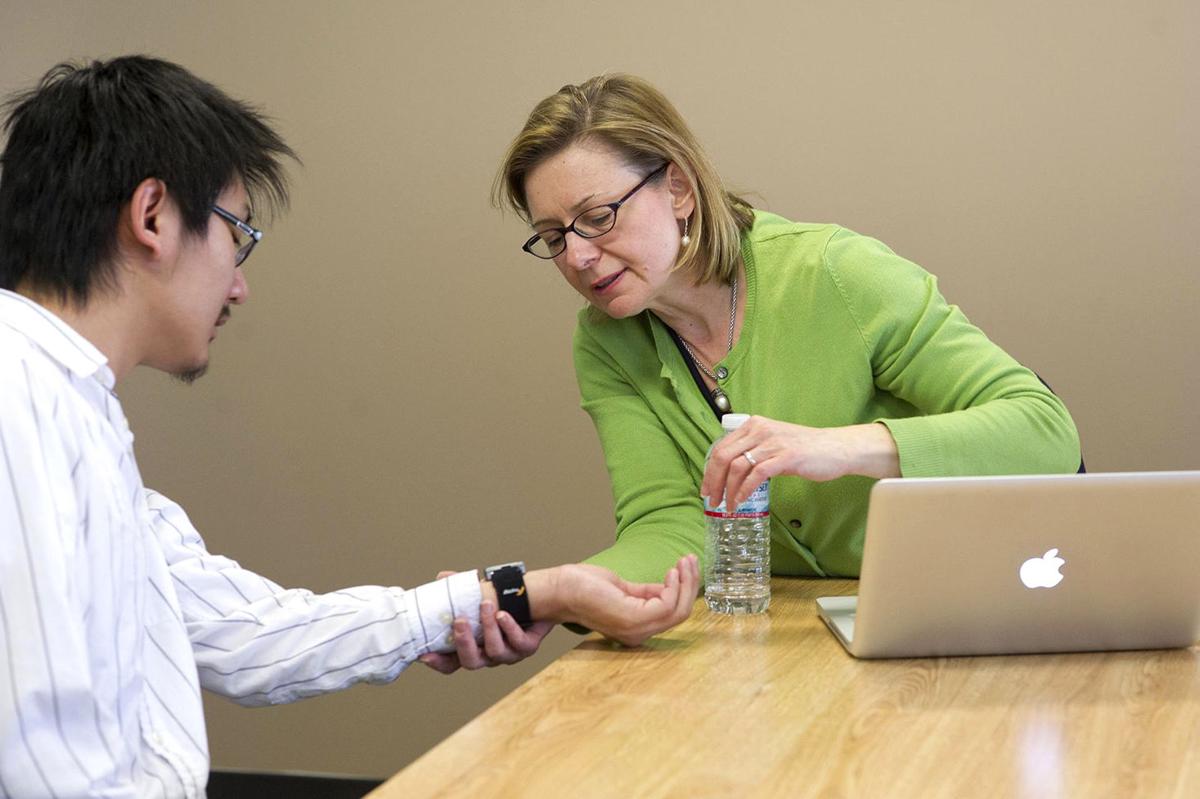 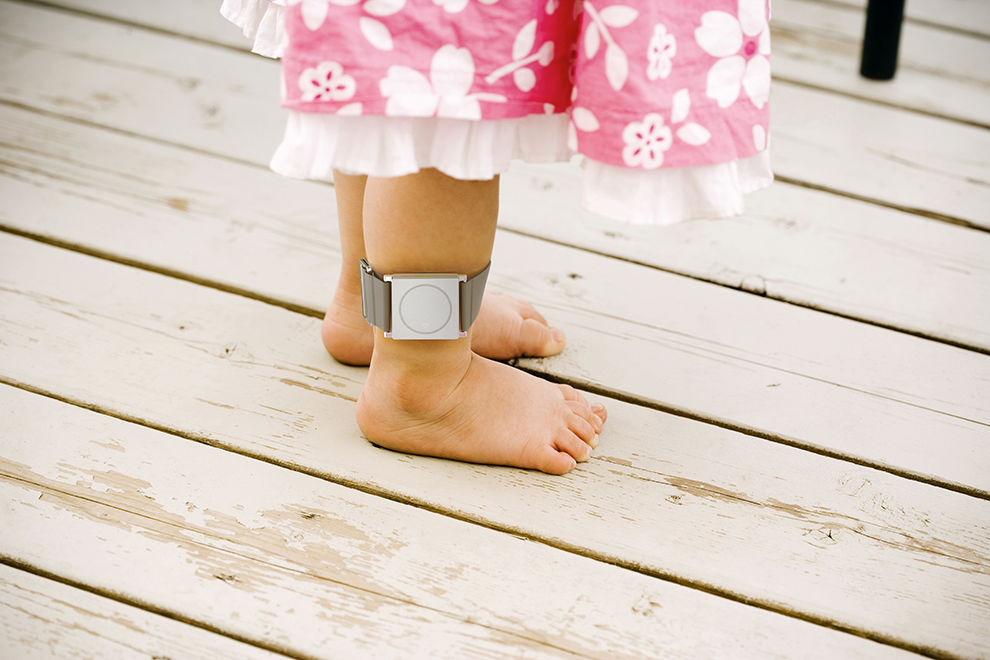 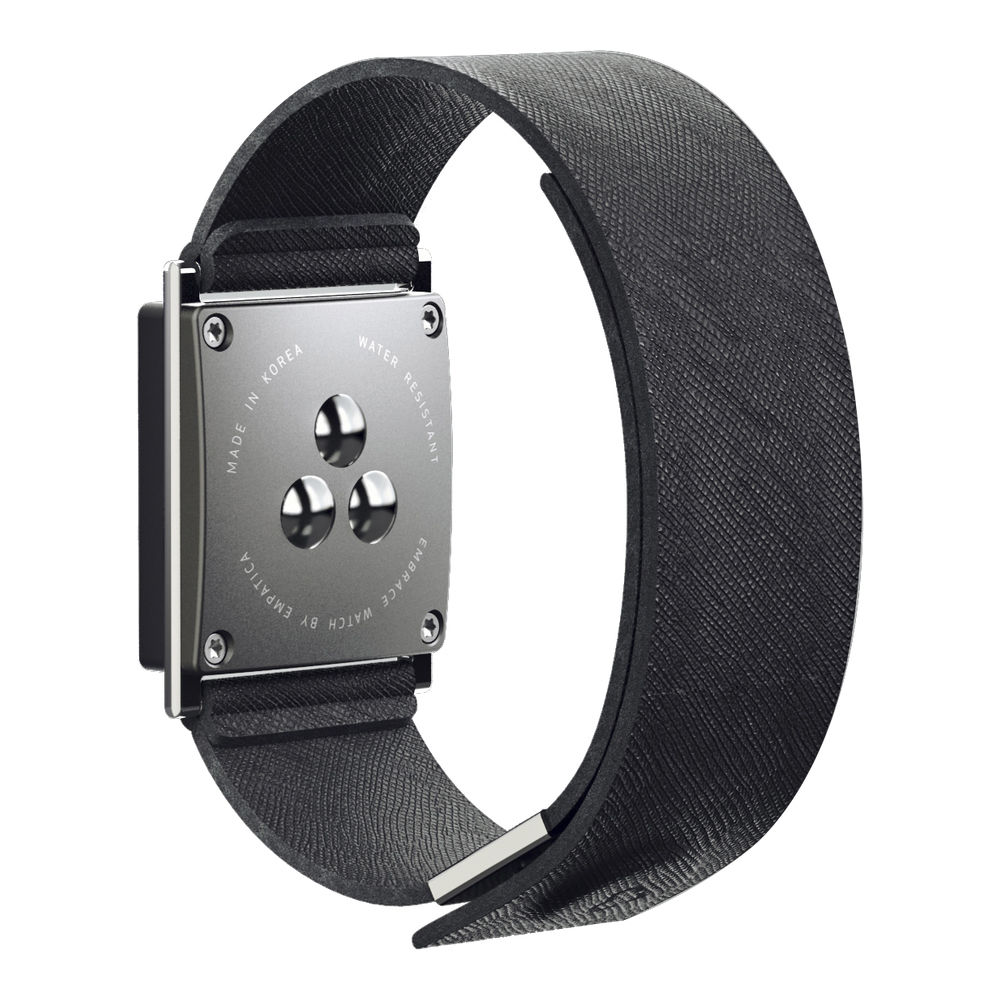 Each year, around 50,000 of the three million Americans living with epilepsy will die from prolonged seizures, from a condition called SUDEP — the sudden, unexpected death of someone who was otherwise healthy — or from other seizure-related accidents such as drowning. About a third of those who die from SUDEP will show signs of having had a seizure close to the time of their demise.

“There’s a point when it looks like the seizure has ended, when it looks like you might go to sleep. That’s when you can stop breathing,” said Rosalind Picard, a co-founder of Empatica, a tech start-up that develops technologies for monitoring the human nervous system in real time. “We now know people are much less likely to die if someone is around you during a seizure and afterwards. Someone touching you during this time frame can stimulate deep brain activity and pull you out of danger.”

Picard hopes to save lives with Embrace, her company’s signature wearable medical device. Worn over the wrist or ankle, the sleek bio-monitoring instrument — which many mistake for an Apple Watch — is paired with a smartphone, alerting both the wearers and their caregivers at the first sign of a seizure. As revealed earlier this year, through a beta-test rollout of the device to families affected by epilepsy, Embrace offers the possibility — not a guarantee — that the user can be alerted to a seizure before it starts.

“A lot of people find out about our device through word of mouth. A congressman asked me to come down and talk about if for a congressional briefing. The Epilepsy Foundation and families who lost loved ones to seizures talk about Embrace,” Picard told Pasatiempo. Under the umbrella of the Santa Fe Institute’s community lecture series, Picard will deliver a talk entitled “Surprises at the Intersection of Human Emotion and Wearable Tech” at 7 p.m. on Tuesday, Aug. 30, at the Lensic Performing Arts Center.

Embrace looks and functions like a Fitbit, monitoring pulse, activity, and sleep length and quality. What makes Embrace a game changer are high-tech sensors that can pick up deep brain activity that’s even beyond the reach of a traditional electroencephalogram. The device does so by sensing and recording electrodermal activity (EDA), essentially skin conductance as mediated by sweat — a real-time record of the deep brain signals unleashed as we experience fear, anxiety, excitement, and arousal. (Empatica also makes the E4, a supercharged version of Embrace with advanced sensors for clinical use.)

Measuring EDA isn’t new. Since it was first discovered in the late 19th century, the bioelectric signal has allowed scientists to develop the lie-detecting polygraph and the heart-tracking electrocardiogram. Over the past decade, as the sensors that detect EDA have become smaller and cheaper, everyday users have developed the ability to track emotional and neurological states, a domain once confined to clinical researchers. An e-diary app that comes with the Embrace device allows users to monitor and contextualize their activity, their rest states and the fluctuations of their autonomic nervous system.

Unlike the helmets and electrodes traditionally associated with monitoring epileptic seizures, Embrace’s sleek profile offers anonymity, especially in an era when so many others are wearing Fitbits and smartwatches.

“Nobody wants to advertise that they have a medical condition. It’s why we designed it to look cool and elegant,” said Picard, who noted that earlier this year Embrace received the Red Dot Award for Product Design. “People ask me all the time if it’s an Apple Watch. We want people to be able to wear this beautiful, well-designed timepiece that monitors their health.”

Like many emerging biomedical devices, Embrace is not currently approved for medical use by the FDA, and is still undergoing trials. Instead, it is being marketed as a sort of robust smartwatch that tracks EDA. The Epilepsy Foundation has remained enthusiastic about Embrace. Through a match-ing donation program with the crowdfunding platform Indiegogo, the foundation has donated 1,500 of the devices to families that would not otherwise be able to afford the $199 price tag.

Picard imagines future iterations of the device could be useful to people dealing with post-traumatic stress disorder, Parkinson’s disease, anxiety, depression, and other mental health conditions. One of her students borrowed two Embrace sensors and put one on each of her autistic brother’s arms. “During one of his meltdowns, the sensor really went off on one arm and the other had absolutely no response,” Picard said. The episode partially inspired a recent research paper, “Multiple Arousal Theory and Daily-Life Electrodermal Activity Asymmetry,” which looks at how emotional arousal does not always travel equally across the two halves of the human body.

Embrace is the most current iteration of a series of EDA-quantifying devices developed over the past few years by Picard and the research team she heads. She is both founder and director of the Affective Computing Research Group at the Massachusetts Institute of Technology’s Media Lab — a department she not only founded in 1996 but also literally wrote the book on. Affective Computing (MIT Press, 1998) established the field’s bona fides and the rationale for programming computers to perceive and interpret human emotion. At the time, Picard said, most computer programmers saw emotion as largely opposed to the rational decision-making process that guided computer logic. But, the computer scientist argued, the latest scientific findings had revealed that emotion was central to human cognition, perception, and rational decision making. “[If] we want computers to be genuinely intelligent, to adapt to us, and to interact naturally with us, then they will need the ability to recognize and express emotions, to have emotions, and to have what has come to be called ‘emotional intelligence,’ ” Picard writes in the preface of Affective Computing.

Almost two decades later, Picard’s research focus has become increasingly mainstream. Her ideas, once confined to research symposia, have borne fruit for her as a practical inventor. An interactive social-cue reader she developed for patients on the autism spectrum made The New York Times Magazine’s 2006 list of Best Ideas. In 2011, Popular Science named her Affective Mirror, a computer-based agent that mirrors a person’s emotional state and facial expressions, one of the year’s top 10 inventions.

Some find it ironic and perhaps a bit troubling that the tech world seems poised to play such a large role in mapping the human emotional world. “Most of us in technical fields cannot claim any special emotional competence, myself included,” Picard writes in her prophetic 1998 book. “If we spent more time with machines that paid attention to our affect, that placed importance upon it and helped it to be communicated, then perhaps we might improve some of our affective communication abilities, even slightly.” ◀

▼ Rosalind Picard speaks on “Surprises at the Intersection of Human Emotion and Wearable Tech,” a Santa Fe Institute Community Lecture