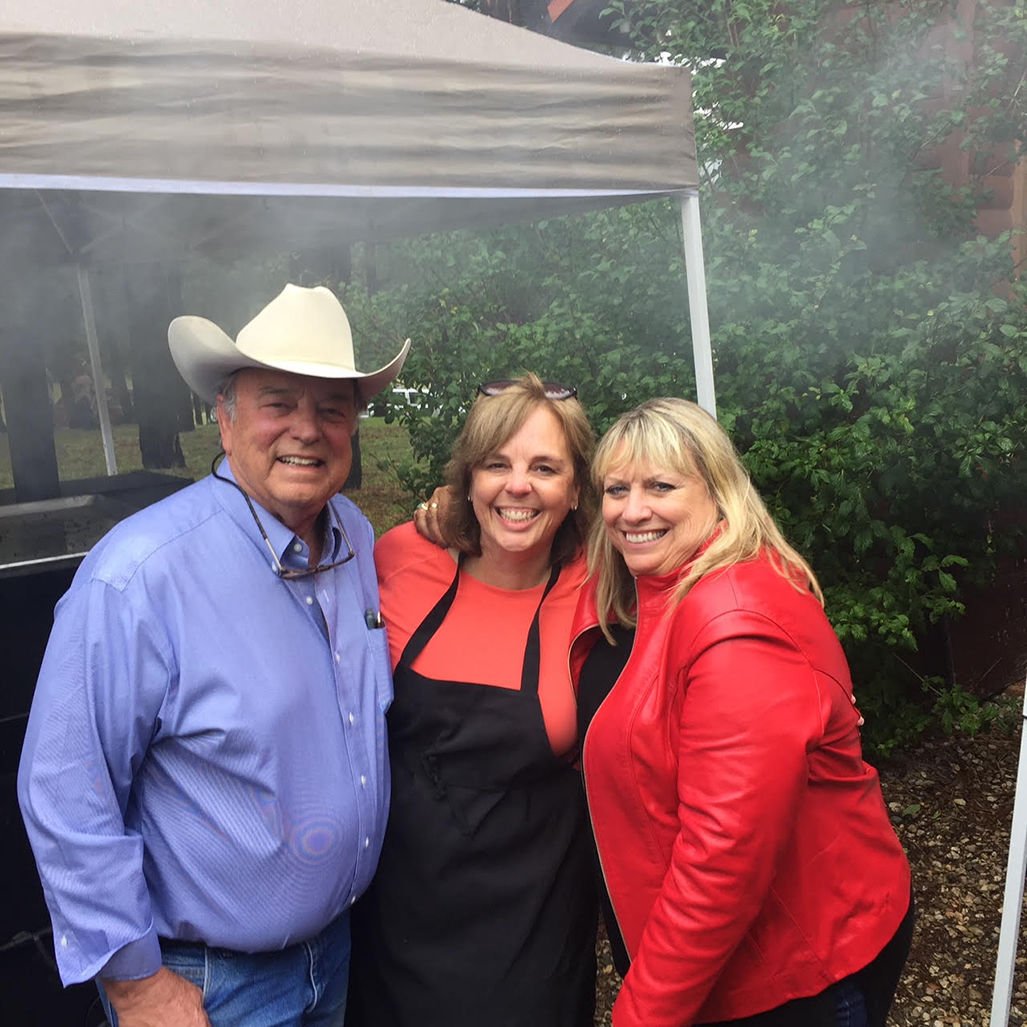 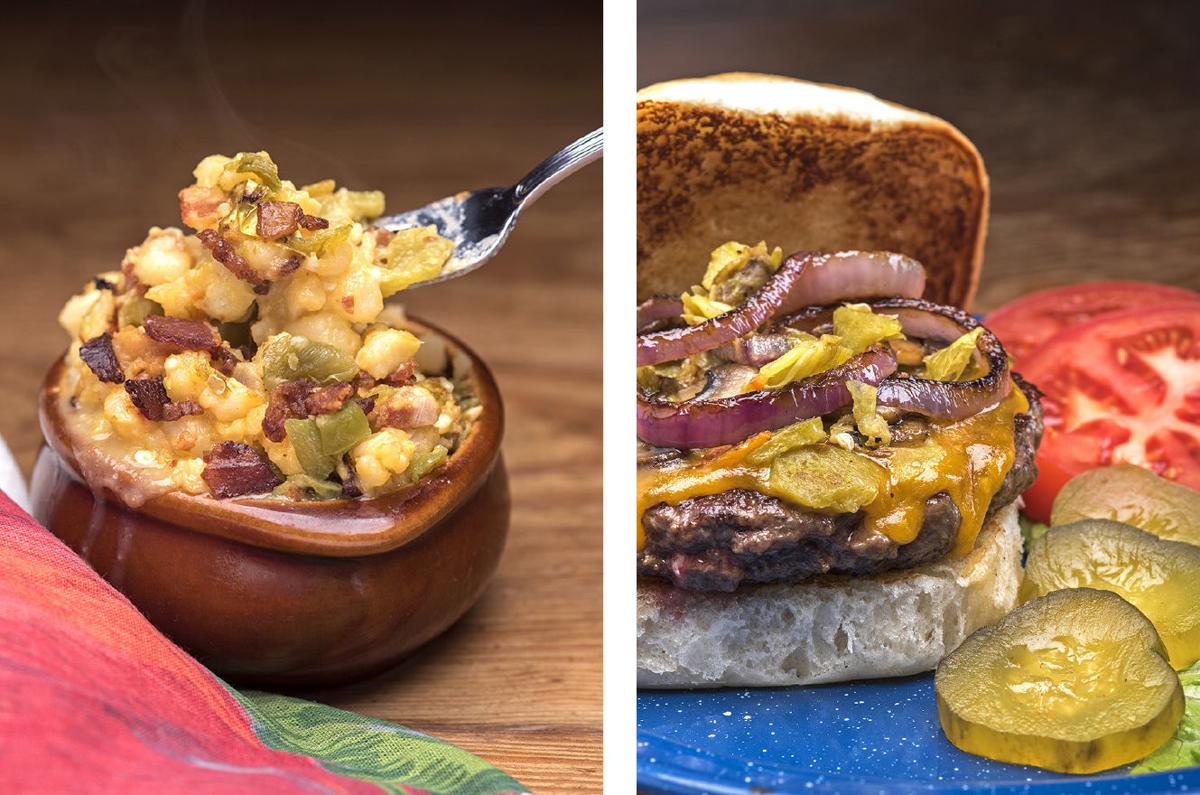 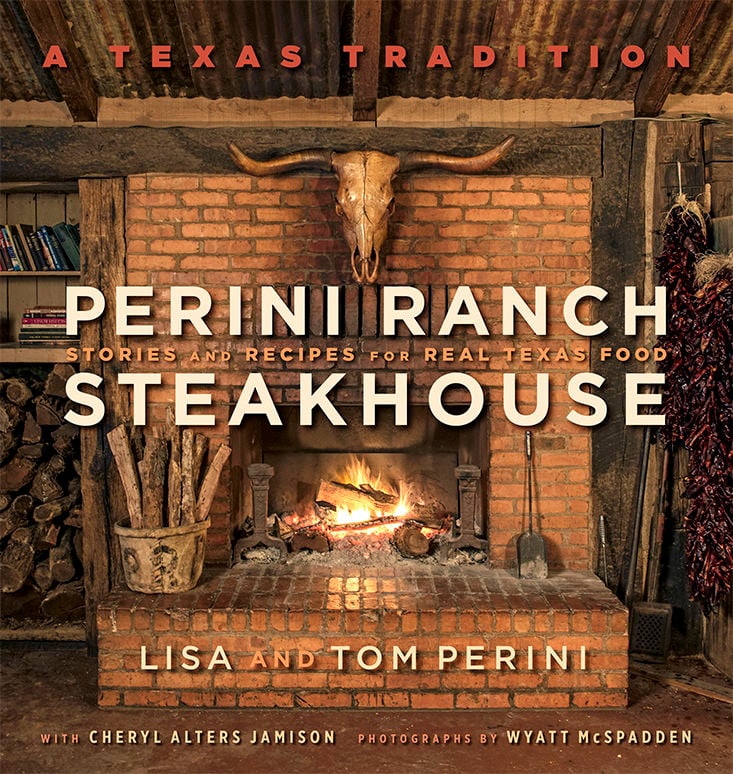 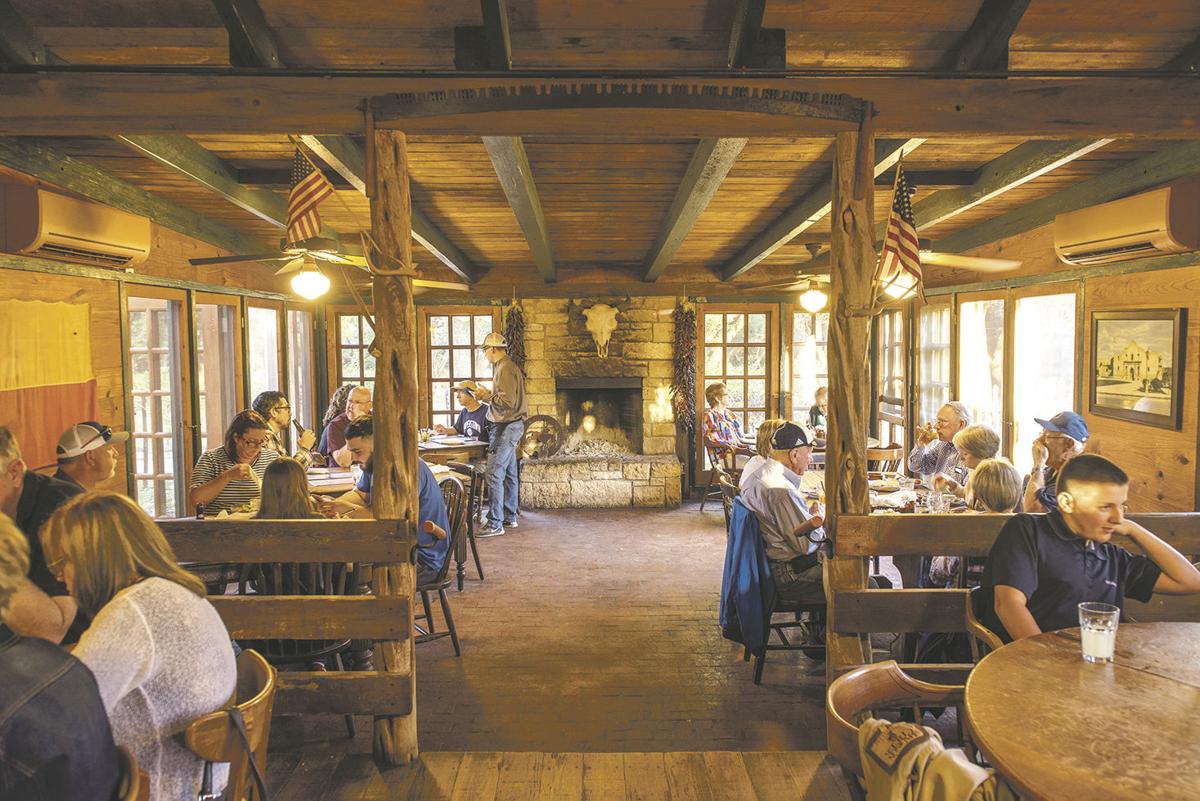 A chance conversation with a new neighbor led Santa Fe author Cheryl Alters Jamison and her late husband, Bill Jamison, to celebrate their 25th anniversary at the Perini Ranch Steakhouse in Buffalo Gap, Texas (population 463) — a trip that also set the stage for Jamison’s most recent cookbook project.

The couple had heard of the steakhouse founded by rancher Tom Perini in 1983, a place that had been developing “a reputation in the culinary field,” Alters Jamison says in a recent interview. But they had never been there “because it sounded like it was in the middle of nowhere, Texas — and it is!”

Even so, Perini Ranch Steakhouse began receiving national attention in 1995, when its signature beef tenderloin was chosen as the best mail-order gift by The New York Times. In 2009, the ranch’s burger not only won the Today show’s hamburger grilling competition on Rockefeller Plaza, it was also deemed Food Network Magazine’s “Best Hamburger in Texas.” Additional accolades followed. In 2012, it was the only burger in Texas to make the cut in Food & Wine magazine’s list of the top 25 burgers in the United States. The steakhouse was recognized with a James Beard America’s Classics Award — given to regional restaurants known for their quality food, local character, and lasting appeal — in 2014.

“Unknown to us, our neighbor had called Tom Perini and suggested he say hello to us, and we had such a great time talking to him that we asked if he would stay for dinner with us,” says Alters Jamison, a four-time James Beard Award-winning cookbook author says. “So we had our anniversary dinner with Tom and it was memorable.”

The Jamisons followed up that dinner with an article about the steakhouse for Saveur magazine, and the Perinis stopped over in Santa Fe on their way to an Aspen food and wine festival. “All four of us really hit it off,” she says. So, when the Perinis started talking about wanting to do another cookbook — their first, published in 2000, is now out of print — she offered to help them with it.

The recipes are divided into seven sections: the cocktail hour, salads, beef, pork-bison-lamb-chicken-seafood, side dishes, biscuits and breads, and desserts. Almost every page includes a beautiful full-color image by photographer Wyatt McSpadden. You’ll find the expected margaritas and palomas here, along with an original take on a bourbon slush made with black tea, orange- and lemon-juice concentrates, and the Perini Ranch’s proprietary bourbon from Maker’s Mark. Zucchini “carpaccio” rubs shoulders with country potato salad, and pulled pork with grilled Cajun catfish. Fried okra and fire-roasted vegetables share space with green chile hominy (what we in Northern New Mexico would call posole). A Texas chocolate sheet cake and banana pudding like my grandmother used to make join Tom’s great-grandmother’s strawberry shortcake in the desserts section.

“We are a steakhouse but we are not just about meat,” Tom Perini writes in the introduction to the book. “Our food is simple, good, and celebratory ... It’s what home cooking used to be and can be again with our recipes and tips.”

So perhaps it’s not surprising that the chapter on beef — the meat at the beating heart of every self-respecting steakhouse — is one of the shortest in the book. There are 10 recipes for several different cuts of steak, prime rib, brisket, chili, fajitas, an iconic Texas chicken-fried steak, and the Today show Ranch Burger. Don’t want to cook over coals? There’s a simple and accessible recipe for a dry-rubbed, oven-roasted beef tenderloin. The how-tos for buying good beef, firing up the grill, and cooking with mesquite are explained in a few clearly written sidebars so the basic techniques don’t have to be repeated in each recipe.

The recipes focus on dishes that are either on the restaurant menu or served in the Perinis’ catering business, says Alters Jamison (excitedaboutfood.com). “My job was to take those and scale them back to home size, because they had been made in restaurant-sized servings.” Only a few of the nearly 100 recipes in the new cookbook had been included in the first book, she says, “because you’ve just got to have the green chile hominy and Tom’s great-grandmother’s strawberry shortcake,” both of which have been on the menu since the restaurant opened on Tom’s family ranch in West Texas in 1983.

“There’s no mushroom soup,” Alters Jamison says, “but we were honest about some of the shortcuts we used.” For example, the green bean recipe starts with a particular variety of canned beans; there’s Hidden Valley Original Ranch Seasoning in the buttermilk ranch dressing; Pace Picante Sauce in the Texas chili; and Cool Whip topping the aforementioned banana pudding.

The authors realized that many people would not be willing to start from scratch, Alters Jamison says. “We were being realistic about that. We had a big discussion about sourdough. Tom started out as a chuck wagon cook, and a major element of chuck wagon ranch cooking is to have a sourdough starter to make your breads and your biscuits. But we decided that this is a book for the greater public, and people are probably not going to want to make their own sourdough starter and then keep it alive for years.” That’s why the biscuits in the book are made with buttermilk, baking soda, and baking powder instead of sourdough starter. “That’s going to be more convenient and we’d rather have people make these things than say, ‘Oh, no. I could never get around to that.’ ”

Storytelling is as much a Texas tradition as steak on the grill — and more than two dozen anecdotes add depth and local color to the new cookbook. There are tales of the basset hounds that greet guests on the ranch, the small herd of longhorn cattle that are pets rather than product, and a tongue-in-cheek report about serving calf fries — or bull’s testicles — as an appetizer at a Beard House dinner in New York City. But the Perinis’ “most memorable catering job” delivers the most dramatic sidebar.

“When Governor George W. Bush was inaugurated as President Bush ‘43’ in 2001,” Perini writes, “we dreamed that someday we might have the opportunity to cater an event at the White House.” The call to cater the annual congressional picnic, scheduled for Sept. 11, came later that year, and the Perinis arrived in Washington with a full staff, food for 1,400 guests, and the equipment to prepare and serve it. But rather than mesquite smoke, it was smoke from the plane crashing into the Pentagon that filled the air on that fateful day. The Perinis served their feast to firefighters and first responders rather than legislators, returning to the White House a year later to cater the next congressional picnic.

A book signing and launch party for Perini Ranch Steakhouse will be held on Nov. 30 at the Santa Fe School of Cooking. “Tom and Lisa have a real fondness for Northern New Mexico,” Alters Jamison says. “They were married in Santa Fe at the Loretto Chapel like Bill and I were. They come to Santa Fe a great deal; it’s their escape from the rigors of their business. A few years back they brought their chuck wagon to the Wine & Chile Fiesta and set it up in the School of Cooking parking lot.”

The Perinis are a terrific team, Alters Jamison says. “Seeing how well they worked together was one of the things that interested me in doing the book. I’ve done a couple of other books with people I felt the same way about, like Jennifer and Martín Rios and the Jaramillo family at Chimayó. I would not take on a book if I didn’t feel they had a very clear vision about what they were doing and were totally committed to it and to each other and supportive of each other in their roles — which is the kind of thing I had with Bill, so I know what that’s like.” ◀

▼ Cheryl Alters Jamison and Lisa and Tom Perini will be on hand to share samples of the ranch’s famous mesquite-smoked peppered tenderloin, sign books, and tell stories. The Perini Ranch Certified Angus Beef tenderloin also will be available for purchase during the event. To preorder the tenderloin, email lisa@periniranch.com.

“If you only make one recipe from this book besides a steak,” the authors write, “it should be this hominy,” which has been on the steakhouse menu “from almost day one.”

1 or 2 pickled jalapeños, minced, with 1 tbsp. liquid from the jar

Put the bacon slices in a cold skillet. Turn the heat to medium-low and cook the bacon for 3 minutes on one side. Turn the bacon and cook on the other side to desired doneness. Remove the bacon with a slotted spoon and drain on paper towels. When cool enough to handle, crumble the bacon with your fingers and set aside.

Carefully pour off all but 2 to 3 tablespoons of the bacon drippings. Return the skillet to the stovetop and stir in the onion. Cook over medium heat until the onion is tender, about 5 minutes. Add the hominy and jalapeños and heat through. Stir in half of the crumbled bacon and half of the cheese.

Spoon into the prepared baking dish. Scatter the remaining bacon and cheese over the hominy. Bake for 25 minutes, until the cheese on top melts and the hominy mixture is bubbly.