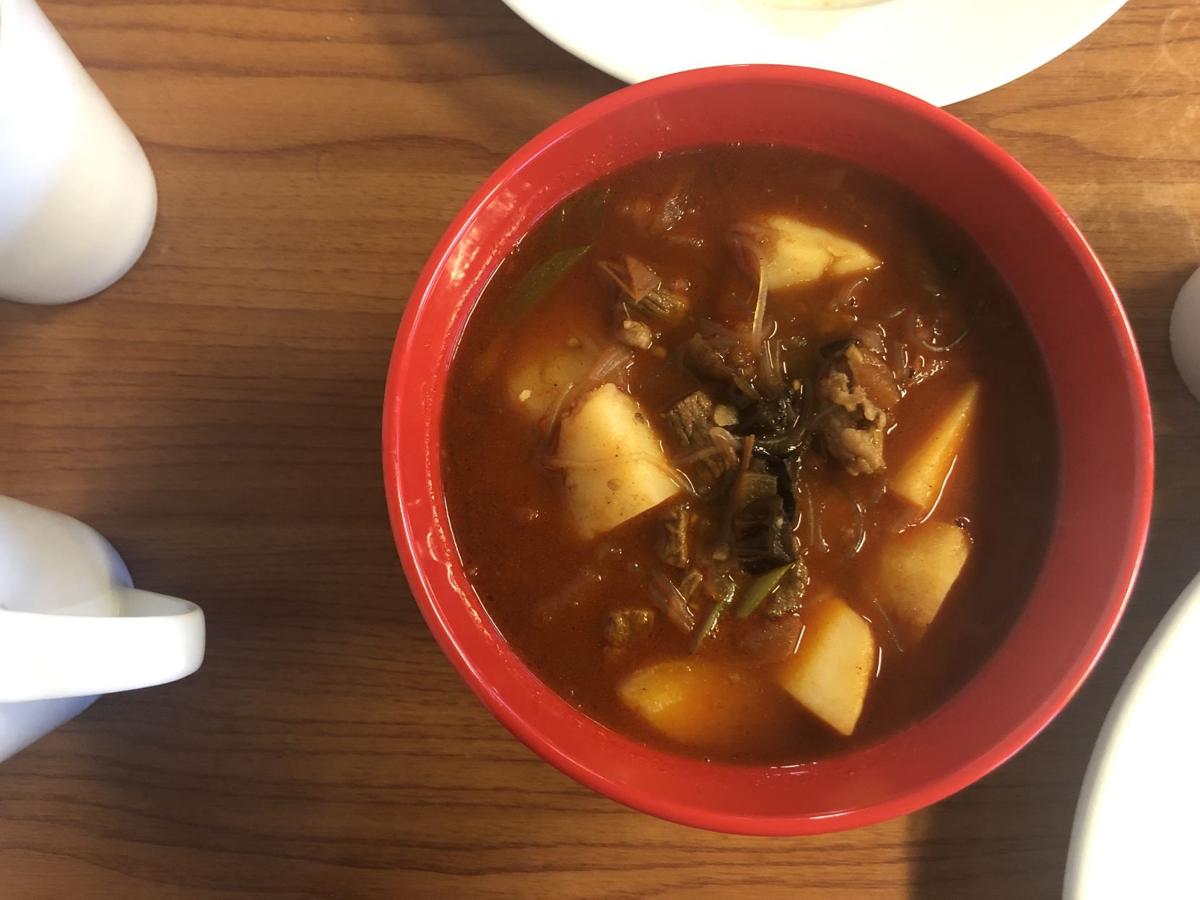 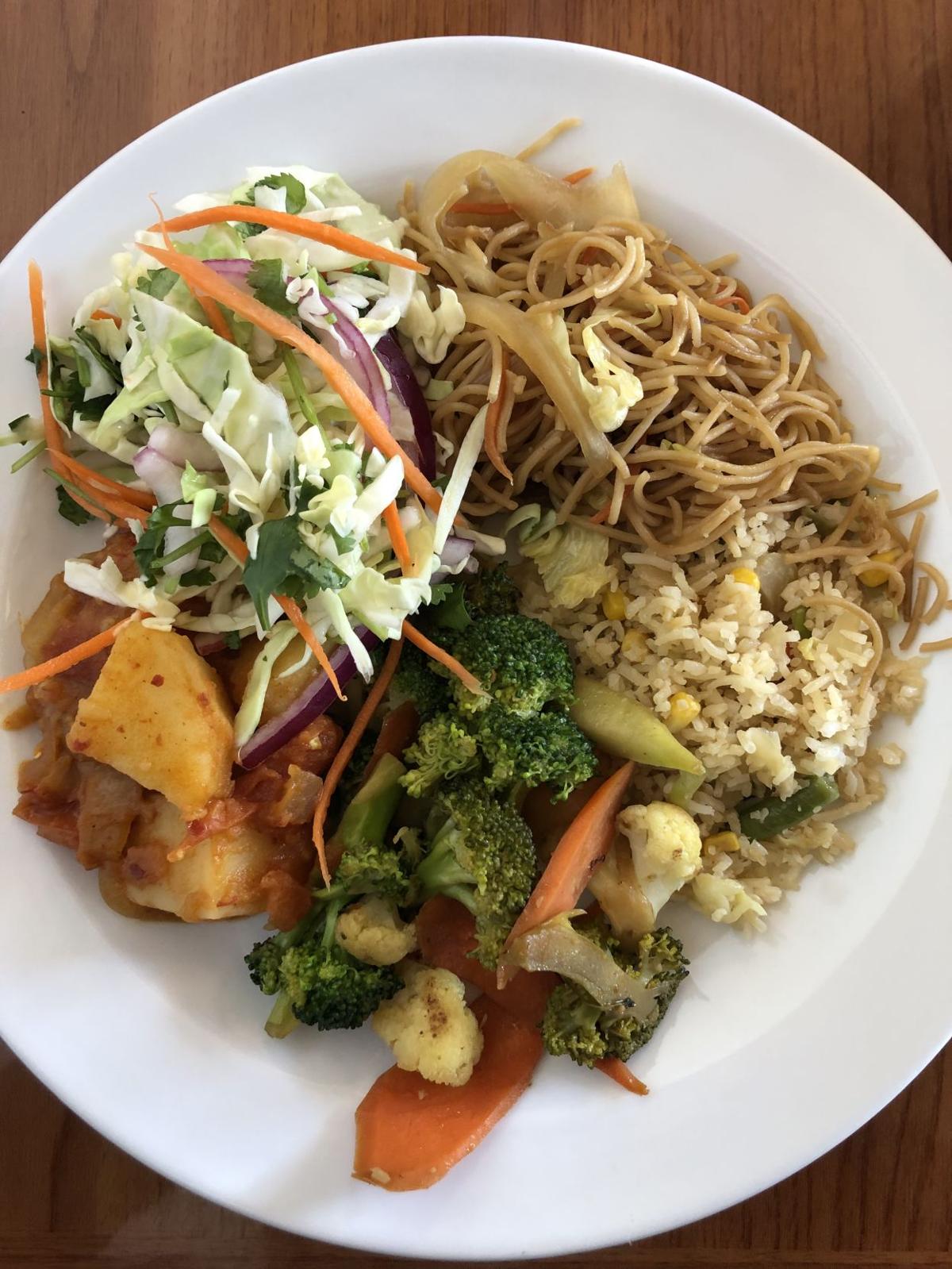 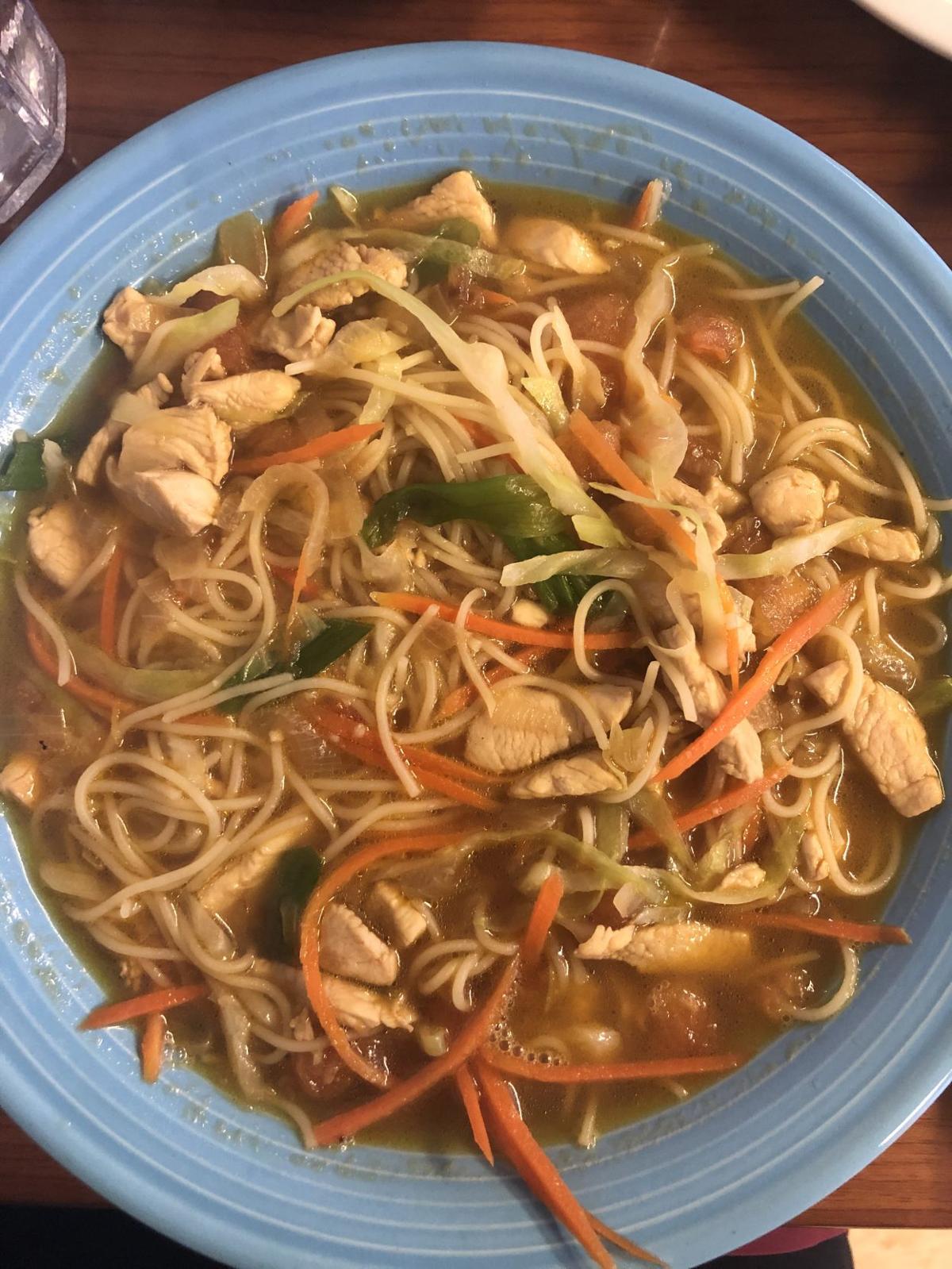 “That’s definitely the weirdest thing I’ve had all year,” my dining companion admitted. “I’m not saying I don’t like it but I’m not sure I do.” He was talking about Tibetan butter tea, and though it was only the first week of the budding new year, he had a point — at least from the perspective of an American palate.

We were enjoying the warm light and alluring aromas at Tibet Kitchen, the sweet fledgling café that has commandeered the former Maki Yaki sushi spot in the peculiar conglomeration of storefronts surrounding the St. Francis Drive Albertsons. We spent the first several minutes of our dinner musing over the beverage and its rich, palate-perplexing blend of black tea, milk, butter, and salt. You get the soothing sensation of a savory cream-based soup until the tea’s leafy aroma and full-bodied tannic qualities come through, which reminds you of the milk’s natural sweetness, and then your mouth waters from the salt. It’s disorienting. My companion ended up drinking two full mugs of it.

The rest of what you’ll find on the menu at Tibet Kitchen is, by comparison, relatively familiar — co-opted Chinese-inspired dishes like chow mein and vegetable fried rice, for example — and less challenging. There are momos — dumplings, which are beloved in some form or another practically worldwide — in beef, veggie, and chive versions. Shogo phingsha is a mild stew of beef (on our visit, tiny tough chunks) and potatoes in a vermilion broth, distinguished from its American cousin by the addition of rehydrated dried mushrooms and mung bean noodles. Thukpa is a generous bowl of what amounts to a nearly universal palliative: gently seasoned chicken or beef noodle soup with slivers of carrot, scallion, and cabbage.

Meat is central to traditional Tibetan cooking — because of its high altitude and mountainous terrain, the country’s not exactly a prime vegetable-growing zone — and vegetarianism hasn’t achieved normative status, the prevalence of Buddhism in the region notwithstanding. Tibet Kitchen is probably the only place in town that regularly features blood sausage (gyuma) on its menu. While ours was on the dry side, the flavor was fascinating, and the concentrated color is captivating. It’s an ample serving cooked with onion and garnished with scallion greens.

Tibet Kitchen does offer dishes that accommodate vegetarians, though, and they can also opt to leave meat out of some — but not all — of the traditional menu items. An easy and thoroughly satisfying choice is the vegetable momos, lovely puckered little purses full of saffron-yellow potatoes blended with onion, peas, and greens. Vegetarians will have better luck at lunch, when with only a few exceptions, the buffet is composed of meat-free dishes — and a deal at $9.99. Accompanying the slender-noodled chow mein and the succotash-studded fried rice are still-toothy veggies — your cruciferous friends, broccoli and cauliflower, plus carrots — that are well seasoned but not swimming in sauce, as well as a seriously spicy dish of tender golden potatoes that recalls India’s aloo.

There’s a soup of lentils so delicately cooked that they retain their structure rather than, as so often happens, turning to legumey mush. Earthy-sweet and mild, it’s similar to a soothing ayurvedic preparation of dal. Be sure to avail yourself of the veritable vat of uber-fresh cabbage salad with slivered red onion, cilantro, and a dressing that’s perceptible to the tongue but not the eye. Chef and owner Gonpo Trasar revealed that he uses a combination of vinegar and salt, making this salad essentially a pre-pickle or soon-to-be-sauerkraut.

The rounding of the year always seems to bring resolutions by nearly everyone to eat more veggies, but diehard carnivores shouldn’t panic: The buffet includes beef momos (the dough is thicker than that of other, more familiar dumplings — unusual but not exactly unpleasant) and fork-tender chicken in a buttery sunset-orange curry sauce, with rice available for sopping.

Many dishes are unfussy, noticeably mild, and subtly seasoned. As they come out of the kitchen, they feature less salt than I usually prefer, but much like layers of winter clothing, salt is far easier to add than to take away. Anyhow, it’s on the table along with soy sauce, not to mention sriracha, if you must. Better yet, if it’s heat you crave, you can give everything a spicy lift with Tibet Kitchen’s proprietary hot sauce. Take its brilliant red hue seriously: It’s a hint about the no-joke heat that awaits.

As for the space itself, the ornate door decorations belie an interior that’s comparably spartan and workmanlike. It has an unfinished, industrial quality, with a towering ceiling of exposed beams and ductwork thinly camouflaged by streams of colorful prayer flags. Everyone on staff is sweet and obviously hardworking, but they often seem stretched, even when the restaurant’s not crowded. The vibe was quiet at dinner — although you could attribute that to the austere sentiment of the new year — but lunch is decidedly busier, with almost every seat perpetually occupied. At a table nearby, a couple discussed the merits of being able to accomplish seemingly opposing goals: one to eat healthily and the other to get full by any means necessary — and for the same price.

From his exile in India, the Dalai Lama once wrote, “When I visit different places ... my number-one motivation is to meet people as another human being. I try not to think of myself as an Easterner or a Tibetan or a Buddhist, but simply as a human being who wants to exchange different ideas and experiences with other human beings.” I’m not trying to suggest that Gonpo Trasar is the next Dalai Lama, but plenty has been said and written about the ability of food to unite us. At Tibet Kitchen, the names of dishes may be unfamiliar, but many of the ingredients and combinations are practically household. The café’s menu presents an ideal opportunity to taste new things and realize that, in what we eat and in many other ways, we have more in common than we think. ◀

The interior of Tibet Kitchen, the new café near the St. Francis Drive Albertsons, is a bit spartan and industrial, with colorful prayer flags thinly camouflaging the towering ceiling’s exposed beams and ductwork. Meat is central to traditional Tibetan cooking, but the menu does accommodate vegetarians, who’ll have better luck at the lunch buffet. The names of some dishes may be unfamiliar, but many of the ingredients and combinations are practically household. The menu presents an ideal opportunity to taste new things and realize that, in what we eat and in many other ways, we have more in common than we think. Recommended: Vegetable momos, chicken thukpa, spicy potatoes, chicken curry at lunch, lentil soup.

Lunch for two at Saigon Café:

Lunch for two, another visit: