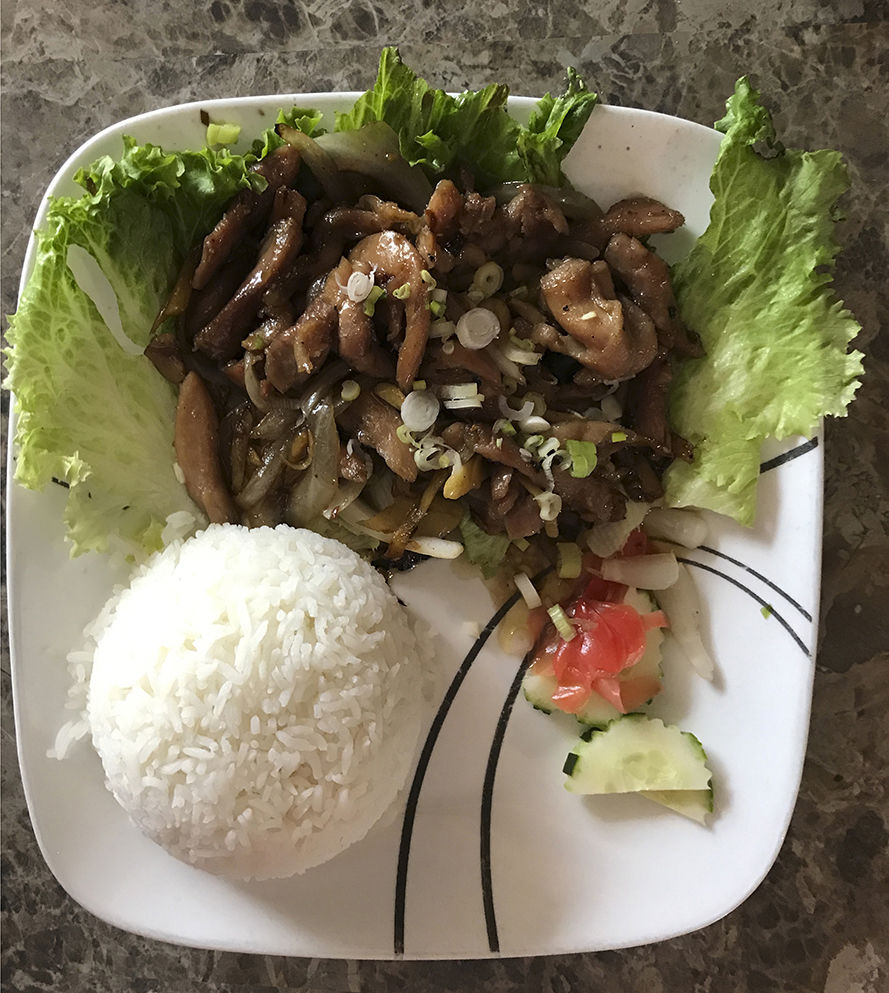 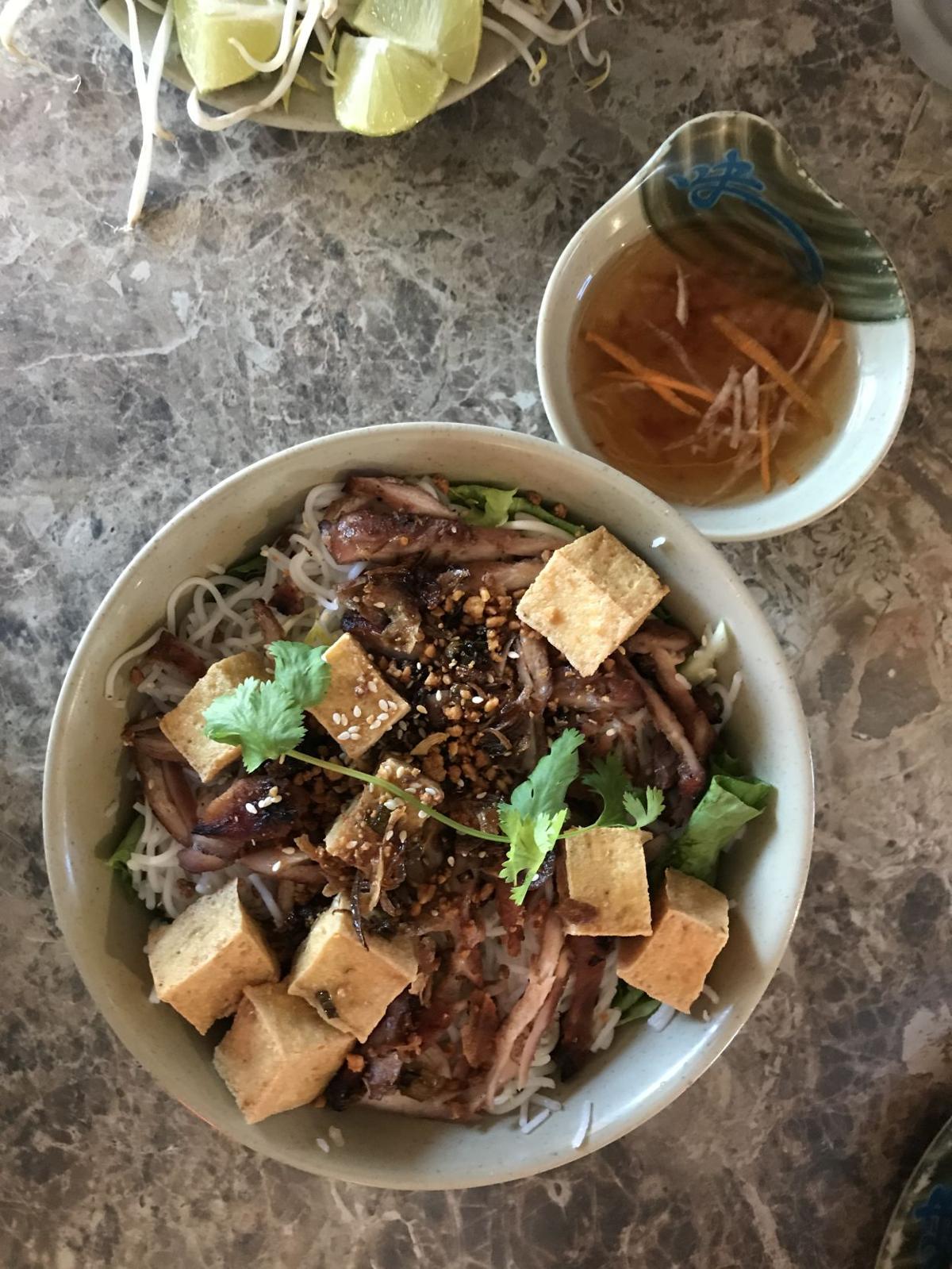 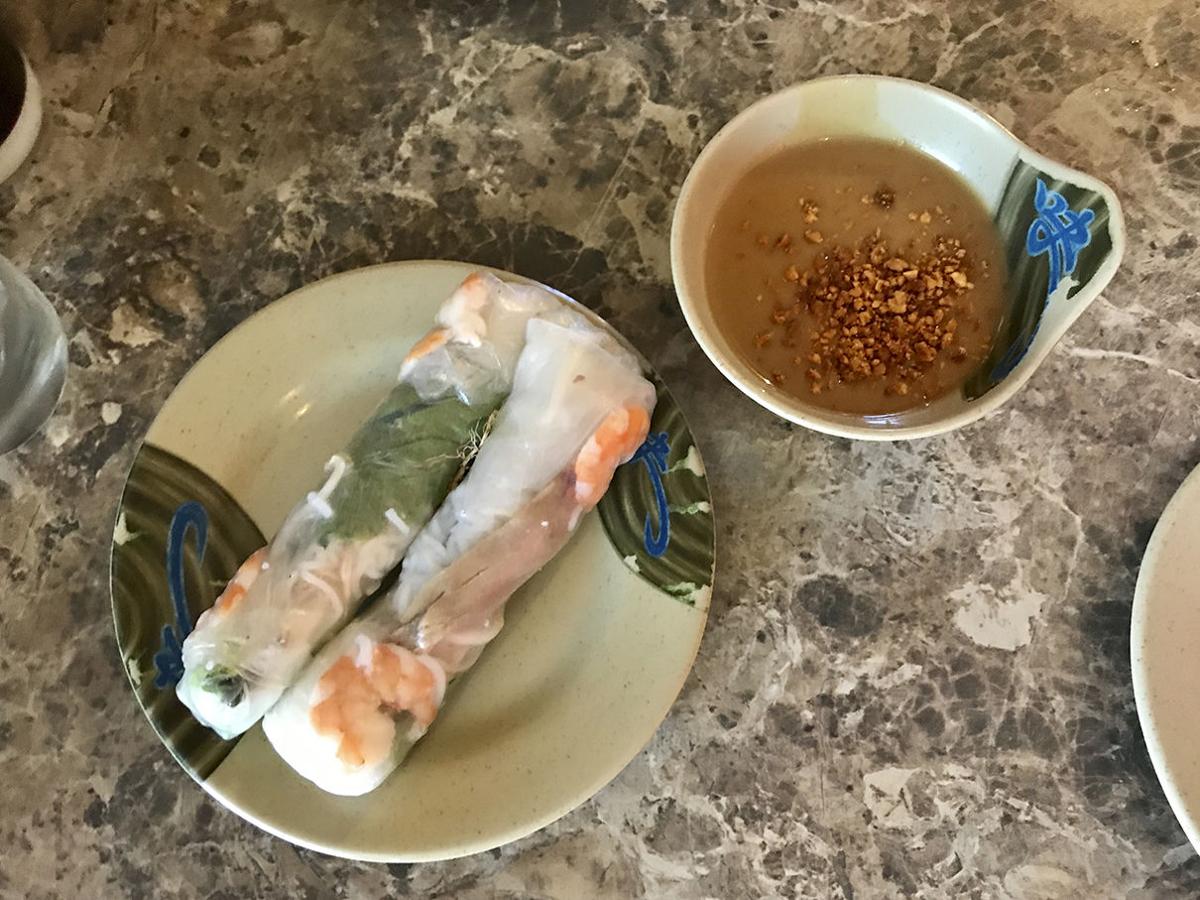 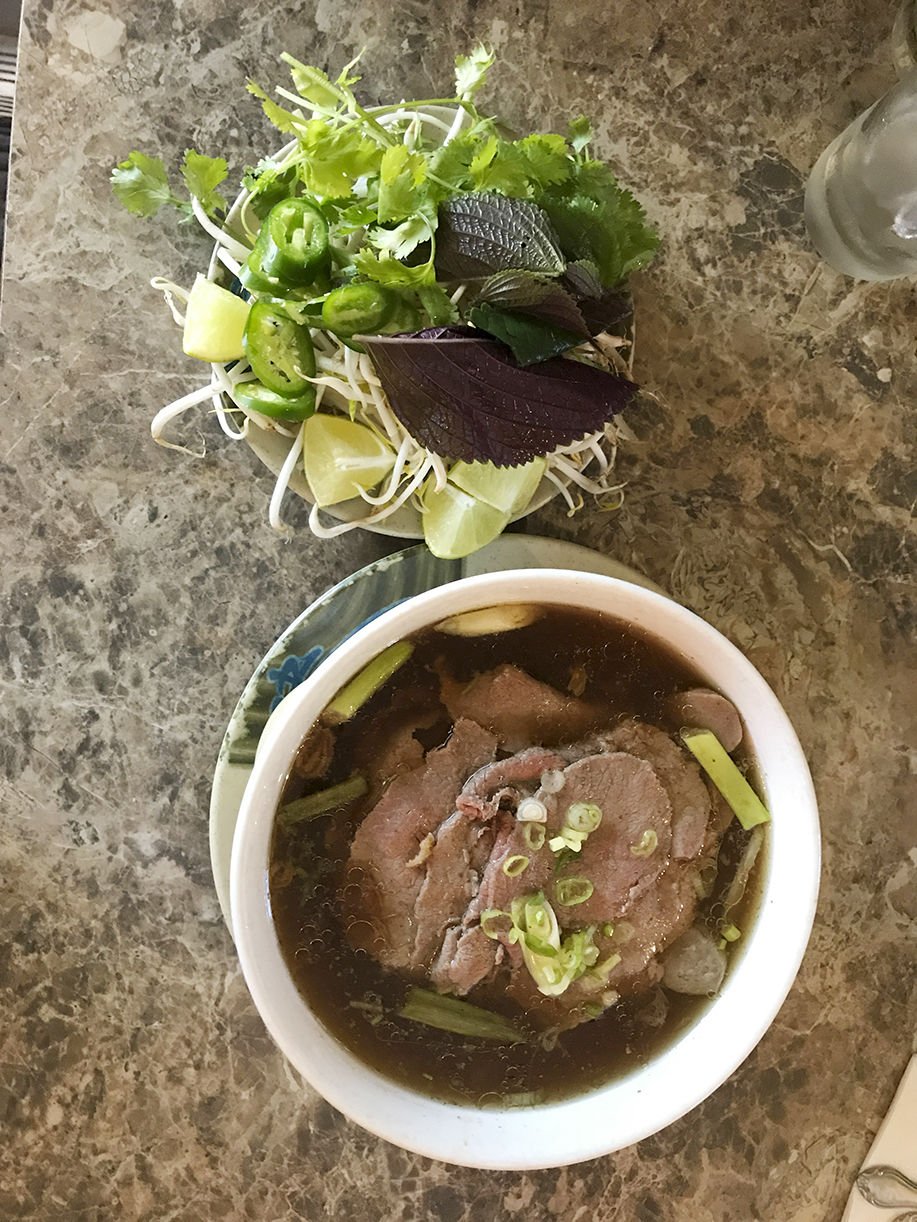 The Saigon, as folks around here call the beloved Vietnamese restaurant on Cordova Drive, started way back in 1983 as a Chinese restaurant and buffet, of all things. In the early 2000s, husband and wife owners Phuoc Chung and Cindy Quach, who hail from Saigon, saw that Vietnamese cuisine was missing from the Santa Fe food landscape and decided to ditch the Chinese cuisine in favor of offerings from their native country. But, as their daughter Hoa Chung said recently, they intentionally crafted a westernized menu, offering less exotic versions of their South Vietnamese staples.

Thirty-six years after it first opened, Saigon Vietnamese Kitchen proves that sometimes playing it safe pays off. You’ll find a smallish set menu here with nary a bite of the usual tendon or tripe in Vietnam’s famous pho, but with dishes that nod to the café’s Chinese restaurant origins.

Though there are now other Vietnamese places in town, on two recent visits to Saigon Café, it was evident that its Americanized offerings remain popular with the locals. Lunchtime clients included families and repeat solo diners who had no need of a menu, along with plenty of takeout customers. If it’s not too crowded, you can choose from an eclectic array of seating options: a tiny two-seater table by the door, two communal tables, a few stools near the kitchen, two banks of booths, and — my favorite — a half-booth with seating just on one side.

Dishes came quickly despite the lunchtime rush; our first meals appeared less than 10 minutes after we ordered. Spring rolls had a bright pop of cilantro that complemented the rice-paper casings. But the accompanying peanut sauce lacked a peanutty punch, with bits of chopped nuts on top offering the richest flavor.

Dishes on Saigon’s menu are described in English first, with the Vietnamese name beneath them. (The menu, and the prices, are the same all day.) Then there are the Chinese dishes that appear: fried rice, wonton soup, and chow fun and lo mein noodles among them. The star of the menu should be the pho (pronounced “fuh”), the soup that’s considered the national dish of Vietnam and named for the tangle of white rice flour noodles found within the soup’s rich broth (typically beef or chicken).

Saigon’s pho bo (beef pho) is excellent, with ample amounts of thin-sliced beef, rice noodles, sprouts, scallions, and peas. The Southern Vietnam-style accompaniments to the pho and other soups are an extra two bucks (except for the beef pho). Don’t consider it optional, though: The additional herbs, bean sprouts, lime, and jalapeño add immeasurable zip, zing, depth, heat, and crunch to the soup.

The rice vermicelli with grilled chicken, bun ga nuong, is essentially a cold noodle bowl with slivers of toothsome meat studded with sesame seeds and tiny, tight curls of onion. The meat and noodles rested on a bed of lettuce, and the addition of mint, cilantro, bean sprouts, and garlicky dipping sauce made for a bright and invigorating medley of flavors. I added tofu for a mere $2, and the large cubes were expertly cooked, crisp outside and creamy within.

Unless you’re in it for the Instagram, skip the pork buns, which had a bready, almost dry exterior with a stingy dollop of barbecue pork inside. They’re adorably photogenic, though, tucked as a pair in a small steaming basket. The ginger chicken, or ga xae gung, is listed under the menu’s Vietnamese specialty section. The dish is a rush of flavor, with ample salt, spears of onion, and shards of ginger. Chicken here is but a supporting player to the heady burst of its accompaniments.

Another specialty, the catfish cooked and served in a clay pot (ca kho to), was memorable, and more than merits the red “spicy” font the dish bears on the menu. Four generous pieces of filleted catfish came in a thick, fiery sauce with chili and scallions, served with rice, pickled ginger, and sliced cucumbers, which helped combat the heat, but only just.

As for the remedy to that heat, reach for the Vietnamese iced coffee you ordered with your food. A tall glass of iced sweetened condensed milk is brought to the table underneath a single-serving coffee press in which strong hot coffee is slowly perking. When the coffee has fully brewed, pour it into the glass and stir until the sweetened condensed milk has fully integrated into the drink and worked its magic.

A spicy-food quencher, a caffeinated pick-me-up, and a sweet-tooth satisfier all in one, the iced coffee is like Saigon itself: a classic go-to that may not be revelatory, but always hits the spot. ◀

Saigon Café is a locals’ standby, with quick, friendly service and a variety of Vietnamese dishes and specialties alongside some Chinese-influenced options. Fresh herbs, bold spices, and condiments lend a complexity to the dishes, which can all be washed down with the signature iced coffee.

Lunch for two at Saigon Café:

Lunch for two, another visit:

Inaugurated last year as a fundraiser for the Jewish Community Center of Greater Albuquerque, ABQ NoshFest celebrates the best food the Jewish culture has to offer.