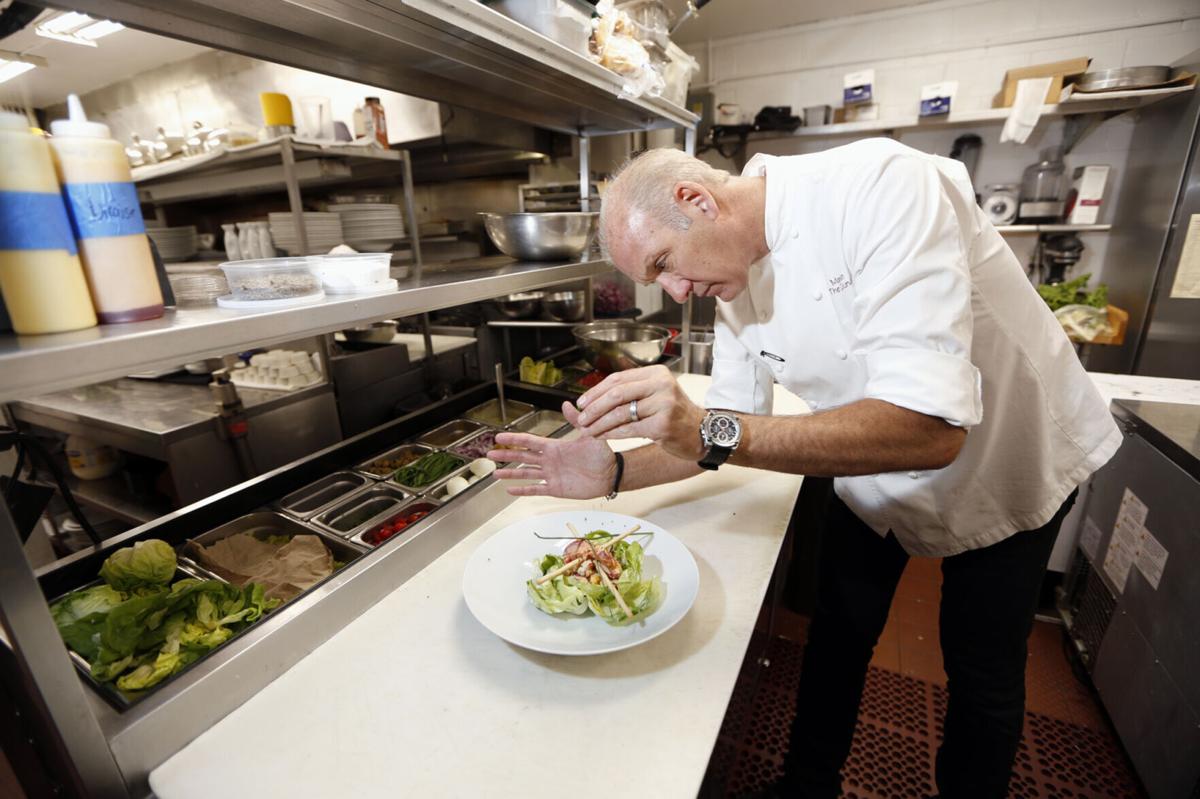 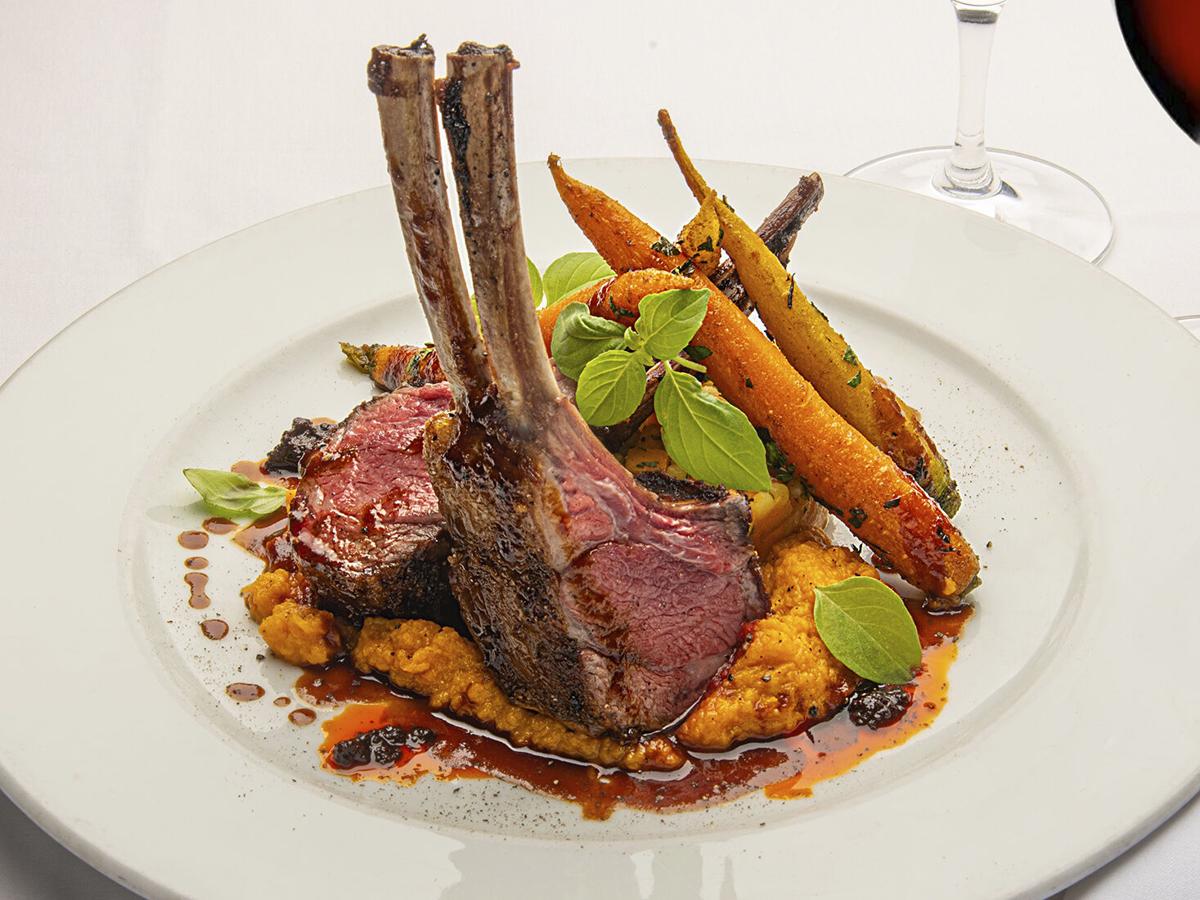 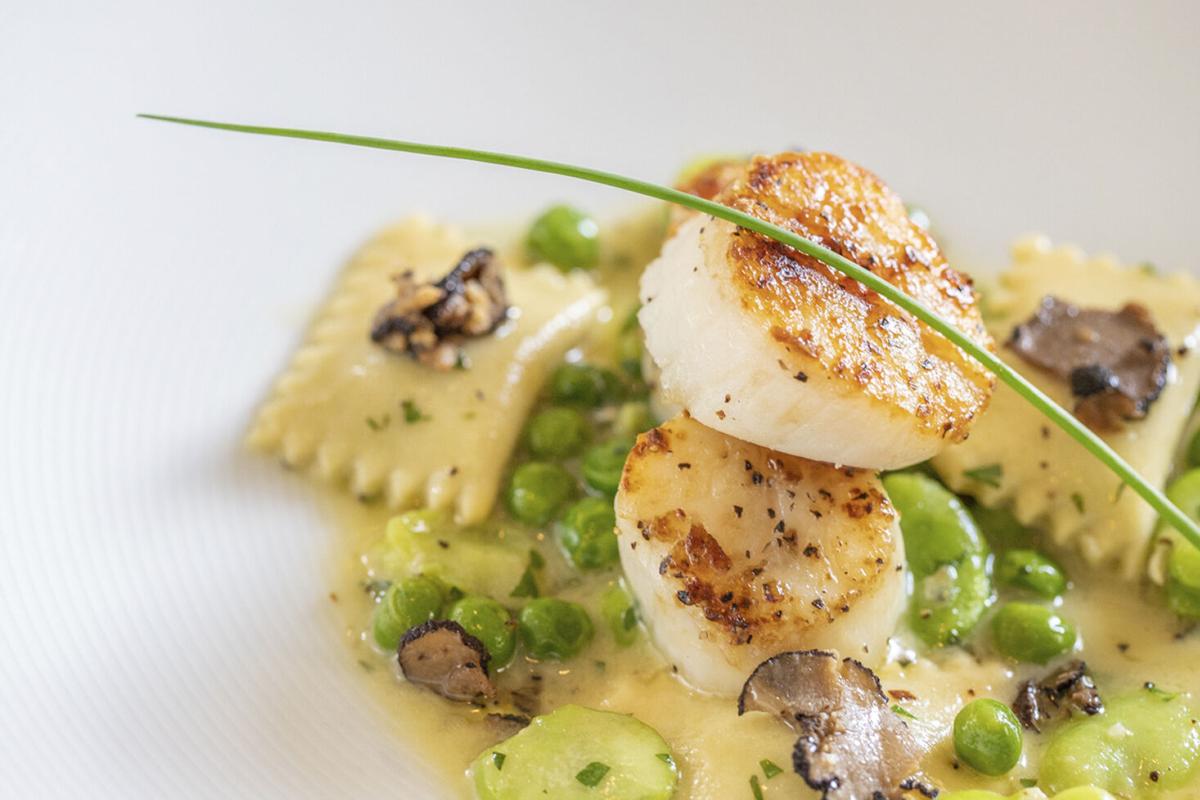 During his pandemic hiatus, chef Mark Kiffin of The Compound Restaurant went home and cooked. He made burgers, paella, cacciatore, lobster pasta, and hollandaise sauce for his wife and child as he waited for the ability to reopen the restaurant.

Now in his 20th year as chef and owner of The Compound, Kiffin, 59, is one of the most decorated chefs in Santa Fe. In 2005, he won the coveted James Beard Award for Best Chef: Southwest. He’s also worked with Mark Miller at the Coyote Café and opened restaurants all over the United States.

In 45 years of working in restaurants, Kiffin says the pandemic is the most difficult thing he’s ever had to deal with. The restaurant “survived 9/11, survived the crash of ’08, and then this shows up and this is completely different. It’s also because it’s everywhere,” Kiffin says. The restaurant was forced to shut down for more than two months. “The last time I had that kind of time off in the summer was 1974.” Kiffin, who was a high schooler in Colorado, at the time.

“You miss the interaction with the guests, but you also miss the business and the care and the hospitality,” Kiffin says. The Compound reopened in June with dozens of outdoor tables for seating and a newly remodeled kitchen.

Kiffin started working in kitchens as a teenager and then trained at the Culinary Institute of America in New York. The American food scene had yet to be dominated by celebrity chefs and their cookbooks. It was a different time, Kiffin says. “The best food was obviously French.” He went on to prepare classical cuisine at exclusive restaurants in Colorado and then at the Arizona Biltmore in Scottsdale.

In 1990, Kiffin joined Miller at the Coyote Café. The restaurant was just three years old at the time. Miller had established his career in Berkeley, California, and then moved to Santa Fe to continue his work in modern Southwestern cuisine.

“He added so much to Mark Miller’s Coyote Café when he came on board,” says Greg O’Byrne, Kiffin’s co-worker at the time and executive director of the Santa Fe Wine and Chile Fiesta. “Kiffin elevated the whole Coyote Café experience.”

“I did the Coyote Cafés with Mark Miller from ’90 to ’98. In ’99, I was doing some consulting work in Philadelphia for [restaurateur] Stephen Starr. I opened up Buddakan for him and worked on the Continental for him as well,” Kiffin says. The time felt right to get his own “house.”

Opened in 1966, The Compound already had a reputation. “In its original iteration, it required a coat and tie and was absolutely known to be the best restaurant in town. When it sold, it was really important that someone take it who could maintain that image and keep it as a leader in our restaurant market,” says Randy Randall, executive director of Tourism Santa Fe. Kiffin was just such a chef, but his initial efforts to purchase The Compound were rebuffed by Victor Sagheer, the property’s second owner.

“The gentlemen who owned it before didn’t want to sell to me because he thought I only did food from the Coyote and to him this was an elegant, European, more French-style restaurant,” Kiffin says. “So I wrote a menu. ... It had sweetbreads and foie gras, certain types of veal.”

Sagheer was convinced and agreed to sell.

It was something of a risk for Kiffin. “This is one place, no hotel backing it up. It’s all on your food. I don’t have exit strategies when I buy a place or build a place.”

Finally, in May 2000, The Compound reopened under Kiffin’s leadership. It was a formal event. “I had to tie 17 bowties left-handed over their shoulders because they didn’t know how to tie bowties,” Kiffin says of helping his staff prepare for the evening.

Kiffin has since loosened up the rules at The Compound. Walk-in customers are allowed. Children are welcomed. “He relaxed the coat-and-tie rule, but he didn’t relax the quality,” Randall says. The Compound still serves continental-style plates.

It’s been more than 20 years, but Kiffin thinks in terms of cycles. Each cycle is one season and about 90 days. “Because Santa Fe has four seasons, you want to cook that way,” he says. Every cycle brings a new menu and new offerings with only a handful of returning favorites. After years of experience, Kiffin can anticipate the foods that accompany each season. “We’re still ingredient-based.”

Kiffin largely rejects fads in cuisine; rather, he prefers a deep exploration of regional foods. “The origin of the food that you said you were gonna do didn’t run out of ideas. You did,” he says.

Other trends in high-profile restaurants don’t impress Kiffin either. He doesn’t buy most television chefs who haven’t worked their way up through the ranks, as Kiffin did. Instead, Kiffin maintains relationships with many famed chefs and personalities, some of whom were established before the rise of cooking shows. Kiffin recruits guests from that group every year for the Santa Fe Wine and Chile Fiesta.

The popularity of cooking shows has also changed his clientele. Over the years, they have become much more educated. “Your guest is extremely knowledgeable about food, health, and ingredients,” he says.

Kiffin’s role has changed over the years, too. “Now, after 20 years, I’m more like the caretaker of The Compound,” he says. “You’re not just the chef and the owner of the property. Your responsibility is bigger than just your life’s work or your goals.” ◀

congratulations on your success , but more should be reported on the support staff that with out your formal training have continued to serve that great food.. and those others that have had a successful as chefs in other local establishments and even opened up their own restaurants..

The Compound is a superb restaurant. Although we moved to Santa Fe three years ago, we are pleasantly 'surprised' about the quality of the food, wine selection, and service each time we go there for lunch or dinner. We know eating there will be wonderful but the 'surprise' of its quality is like our enjoyment at seeing a favorite relative or friend again.