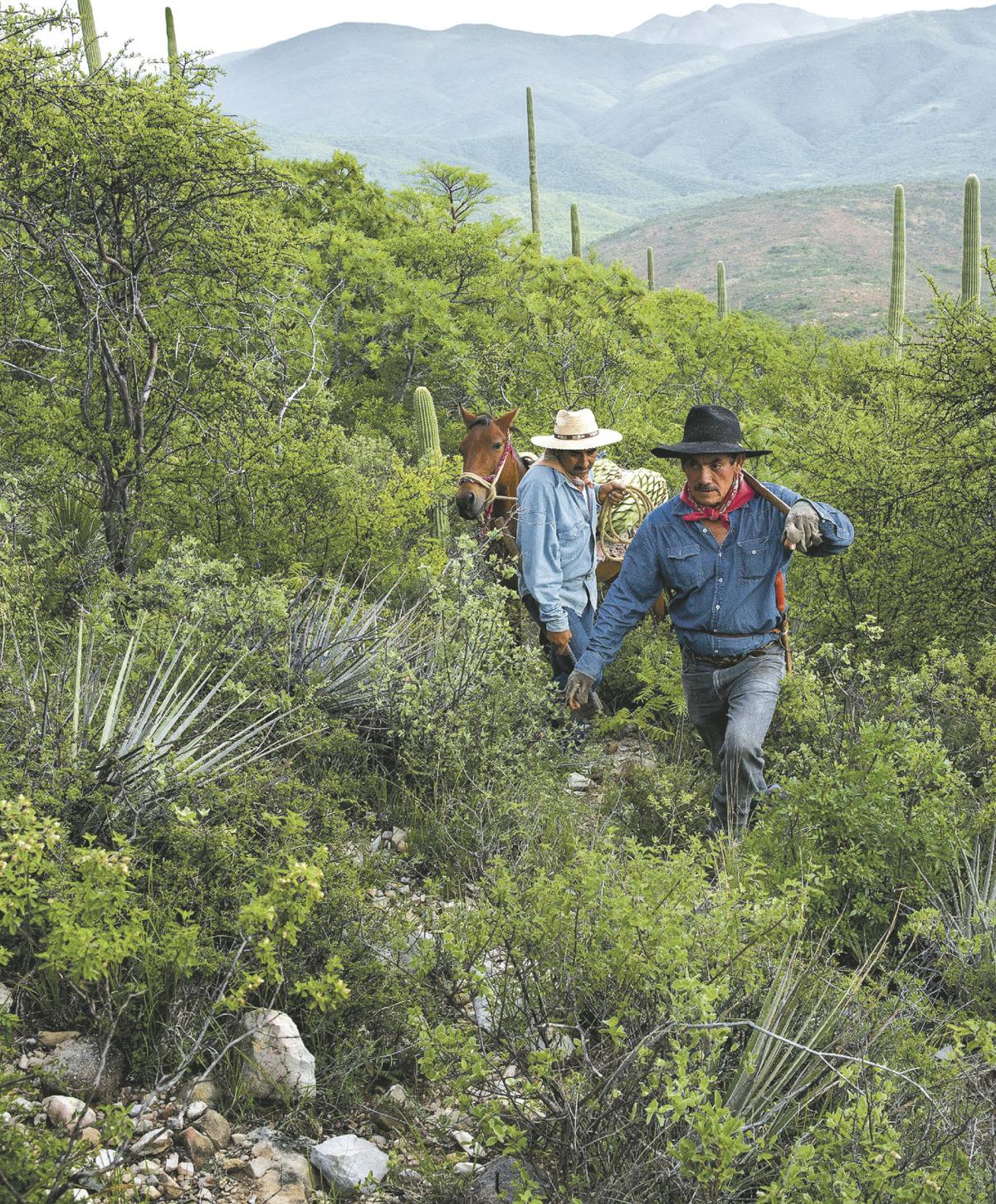 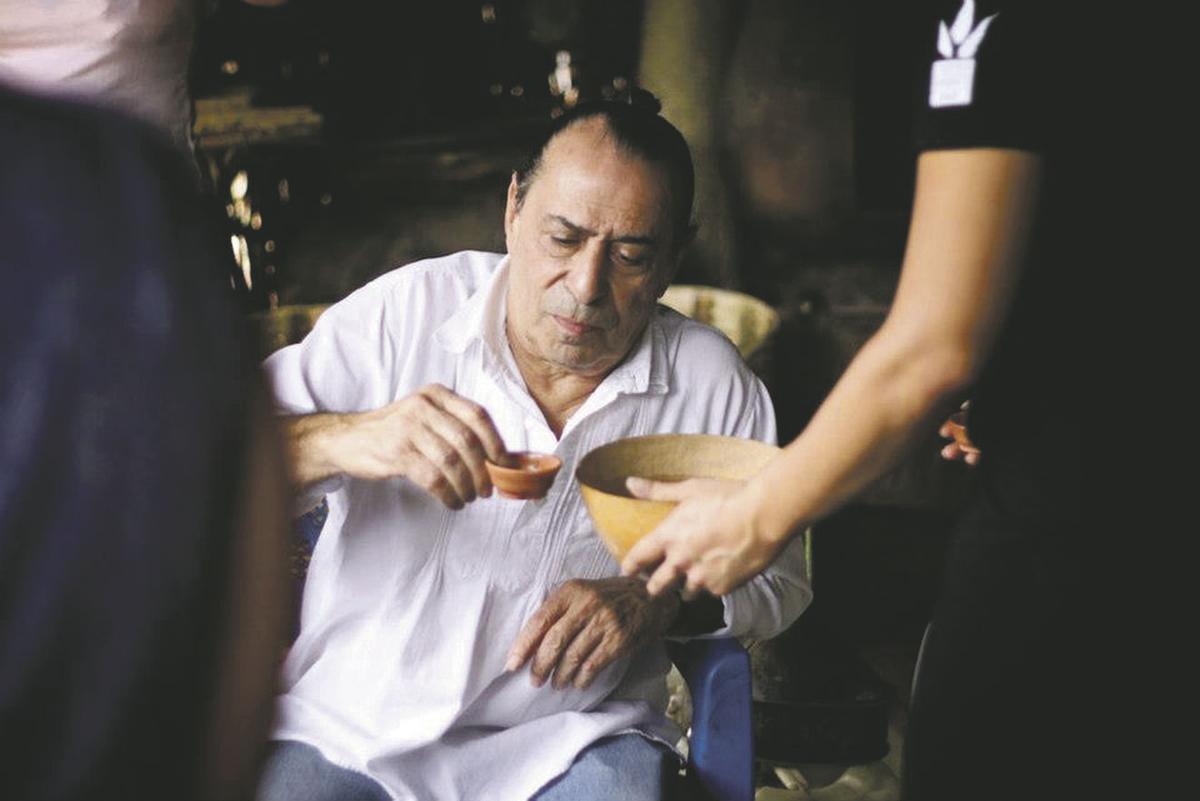 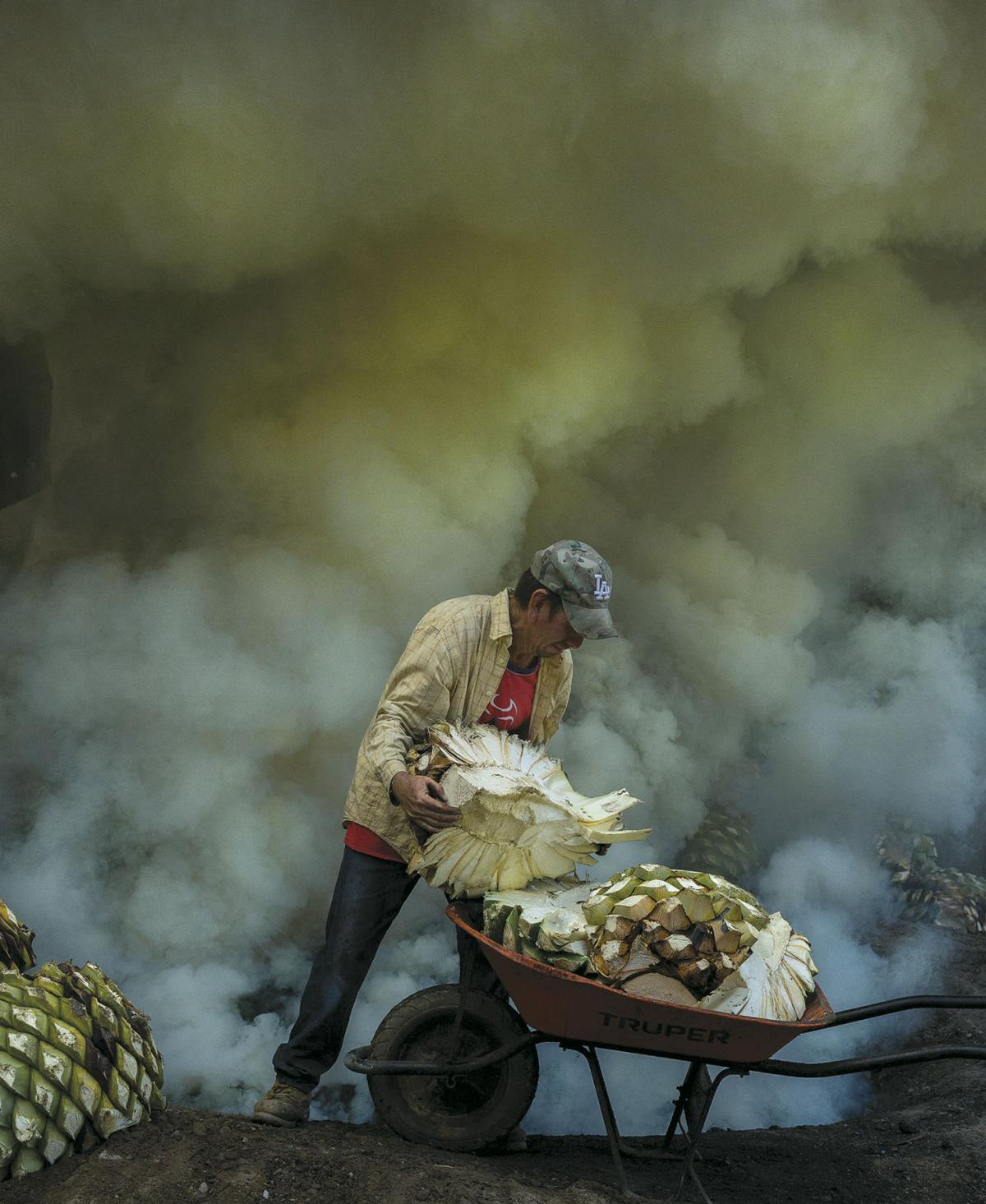 In 1996, several founding fathers of new Southwestern cuisine assembled in Oaxaca to study tamale-making. According to their host, Del Maguey Single Village Mezcal founder Ron Cooper, “They learned a lot more than that.”

Among them were chefs Mark Miller (Coyote Café), Mark Kiffin (Coyote Café, The Compound), and John Rivera Sedlar (Eloisa). The Taos-based Cooper was a year into launching his mezcal import operation in a small Oaxacan village, and each day, the wonders of mezcal revealed themselves to the culinary wunderkinds from across the border. Cooper explained, “We all sipped little mañanitas in the morning with this extended Zapotec family.”

Fast-forward 23 years, and Cooper’s label of small-batch, artisanal mezcals (named after the Taino word for agave) is a mainstay at Coyote Café, The Compound, and Eloisa. In 2017, Del Maguey signed with Pernod Ricard, which took a majority stake in Cooper’s brand, bringing an even higher profile to the most popular mezcal in America. In 2015, global mezcal sales totaled $80 million, and between 2005 and 2015, U.S. volumes jumped 259 percent. “We think that mezcal is just getting started in the U.S.,” said Jeff Agdern, Pernod Ricard USA’s senior vice president of brand ventures, in a 2017 interview with Fortune.

Cooper is no stranger to being at the center of a revolution. In his early twenties, his sculpture was lumped into the Light and Space Movement — with the work of Larry Bell, Robert Irwin, James Turrell, and Doug Wheeler — that originated in Southern California in the ’60s. He palled around with Dennis Hopper and Andy Warhol, and in the ’80s, he ended up in Taos. In 1990, with what he called “some f— you money” from a few big commissions, he drove his pickup truck from Taos to Oaxaca to live and make art.

And he began drinking mezcal. In every village, he sought a different variety of the spirit made from roasting the heart‚ or piña, of the agave plant and fermenting its juice. He writes with Chantal Martineau in his 2018 book, Finding Mezcal: A Journey into the Liquid Soul of Mexico (Ten Speed Press), “Pure and clean, it tasted of desert air and wild grasses, of earth and sky. Some were sweet and fruity, some spicy, some funky, some rich, some delicate. They had flavors I’d never encountered before, but even more extraordinary was the effect this mezcal had on me. It helped crack open my mind and spirit, allowing me to tap into the soft, pulsing source of my creativity like nothing ever had or would again. I understood it as art, plain and simple.”

Finding Mezcal details Cooper’s focused journey to becoming mezcal’s biggest importer, as he traveled to distant Oaxacan pueblos to partner with indigenous mezcaleros. During a border crossing with a five-gallon jug of sacred Zapotec wedding mezcal in tow, a customs agent ordered him to pour out the contraband alcohol. “That was the moment I decided that no one would ever again tell me I couldn’t bring mezcal into the United States. I would do whatever it took to ensure that never again would I be forced to pour good mezcal down the drain.”

Finding Mezcal mentions one of Cooper’s heroes and influences, the mysterious The Treasure of the Sierra Madre author-adventurer B. Traven, who set many of his books among the Indians of Mexico. Cooper’s narration of his experiences in mezcal-making is picaresque and rollicking, just like the stories he tells over the phone. The book describes precious agave plants, the people who process them, and the place, or terroir, of each mezcal under the Del Maguey label. Full-page photos show producers — or palenqueros — chopping piñas (which can grow to 200 pounds), heating horno ovens, and tending stills. Cooper delves into his relationships with the Mexican families who became employees and partners in his growing imports empire.

“For the first 17 years, I paid for the honor to work in deep culture with Zapotec, Mixtec, and Mixe,” Cooper said, noting that Del Maguey only began to turn a profit in 2002.

But in The Mezcal Rush: Explorations in Agave Country (Counterpoint, 2017), Santa Fe writer Granville Greene ponders the “Columbusing” of the spirit, or the idea of “finding” something that’s been there for centuries. “A conflict of interest occurs when an agent acts in the interests of a principal and the agent’s interests are different from those of the principal,” Greene writes. “A mezcal brand owner might not want to pay producers more for their mezcals because his personal gains would be less.”

Cooper said the title Finding Mezcal was his publisher’s idea, not his. “I wanted to call it, You Don’t Find Mezcal, Mezcal Finds You,” he said, a sentiment he repeats in the book. (Del Maguey’s website exalts its founder as a “mezcal visionary.”) He mentioned the company’s charitable efforts in Oaxaca, and also dismissed claims that cocktail culture’s embrace of mezcal takes the drink away from the spiritual and medicinal purposes of the mezcaleros.

Instead, he said, he sees a mezcal cocktail as a kind of “gateway drug” for novices. He pointed to the support of chefs and bartenders as key to Del Maguey’s success — and by default, the success of its producers. Mark Miller put a mezcal float on a margarita in 1998 at the Grand Margarita competition in Santa Fe, Cooper remembered, and the same year at the Aspen Food & Wine Classic festival, mezcal became all the rage. “That year at 4 in the morning in Aspen, they closed the restaurant and bar at 1 and all these famous chefs, Mario Batali, you know ... all these top chefs, spent from 1 and 4 in the morning sipping tobalá [a type of mezcal] and drinking beer, and it was this great exposure. So that was a major milestone,” he said. The book contains 40 cocktails from bartenders and mezcal aficionados all over the world.

Cooper sees his life on a continuum of art-making. “My work has always been halfway between sculpture and painting,” he said. He has art dealers in New York, Dallas, and California. “I just had a show two years ago of 25 years of flattened plastic bottles that I painted phrases on that I stole from the Indians down there. Saca palabras — grab the words, you know.” “Saca palabras” refers to the Zapotec term for the connective, colorful conversations that drinking mezcal enables.

How has importing spirits affected his art? “I earned artistic license, the right to stretch the truth, to do anything I wanted to do,” he said. “We talk about Del Maguey as liquid art.”

He compared Del Maguey mezcals and their labels, hand-drawn by his old artist friend Ken Price, to Marcel Duchamp’s famous “readymades.” In the 1910s, the Dada artist began to repurpose everyday items and called them art.

“Picasso was the great emotional artist of the previous century, and Duchamp was the intellectual artist. And he showed that anything could be art. And I live that, and I love it.” ◀

Finding Mezcal: A Journey into the Liquid Soul of Mexico by Ron Cooper with Chantal Martineau, is published by Ten Speed Press.

The Mezcal Mule is designed to hit every note — sweet, tart, floral, hot, smoky. It best achieves this with the floral, fruity, and spiced Vida Single Village Mezcal.

3 cucumber slices (plus 1 for garnish)

Muddle the 3 cucumber slices and agave nectar in a cocktail shaker, and then add all the remaining ingredients, except the garnishes. Shake with ice, then fine-strain into a chilled rocks glass over ice. Garnish with a piece of candied ginger and a slice of cucumber on a toothpick and pinch of ground chile.

Adapted from Finding Mezcal: A Journey into the Liquid Soul of Mexico, by Ron Cooper and Chantal Martineau, published by Ten Speed Press, 2018.