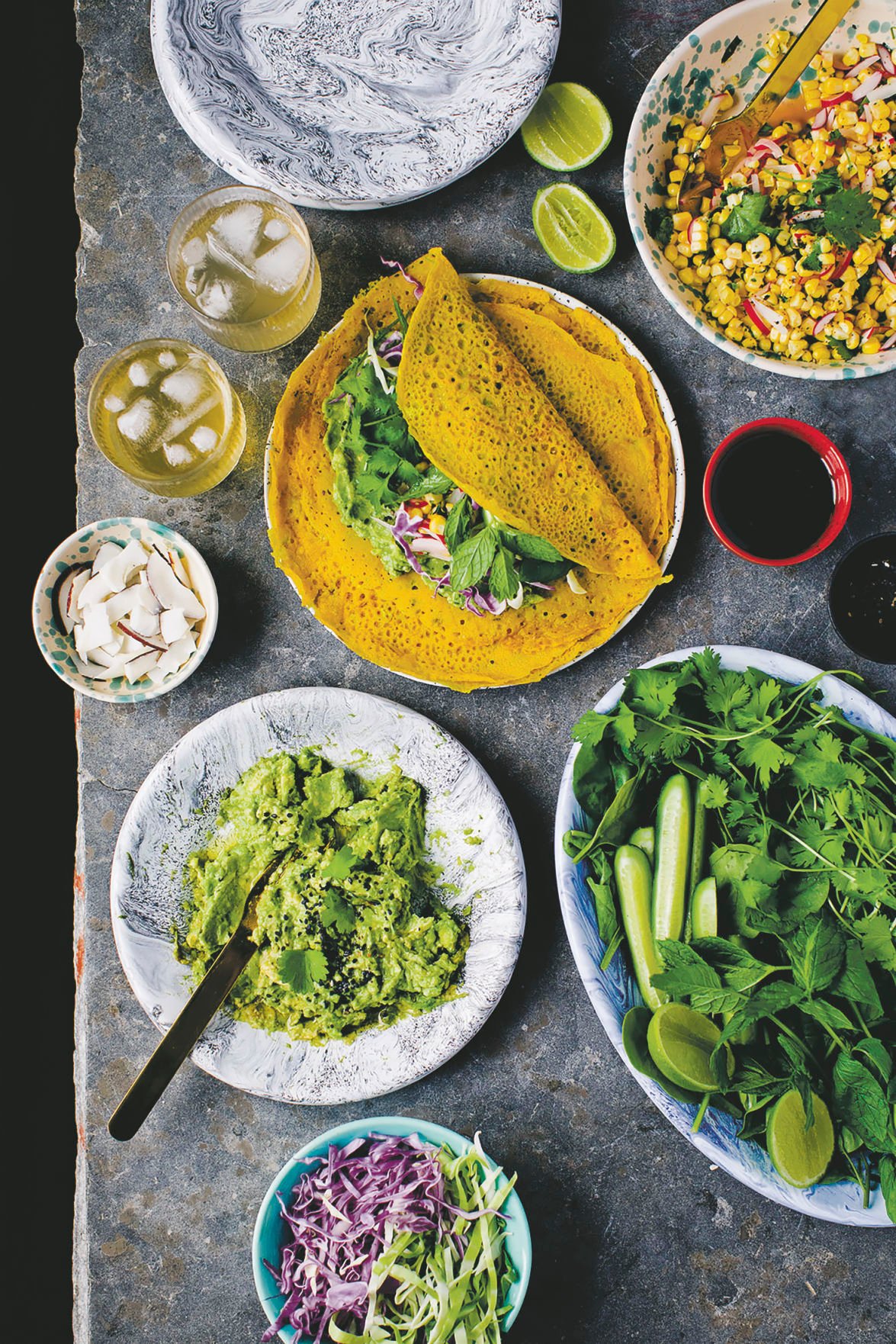 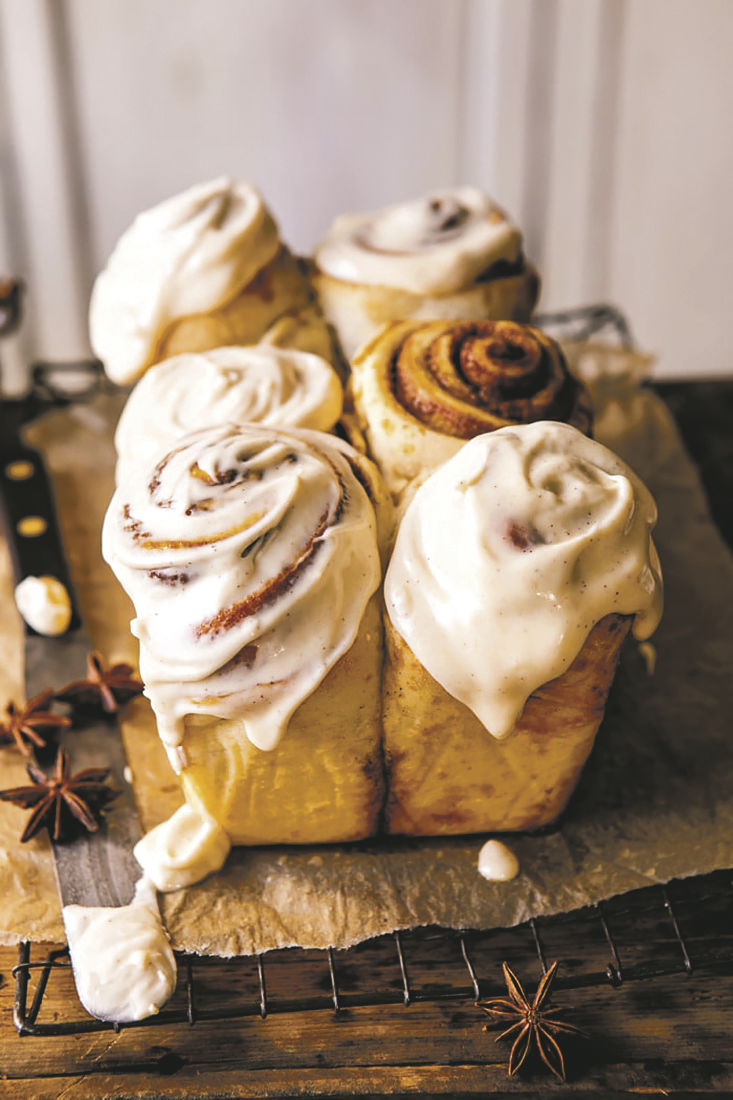 “So you’re a vegetarian? How do you even have enough energy to walk?” A new acquaintance issued this query as dinner party conversation a few years ago.

“Well, I’ve run two marathons, so I do OK for myself,” I responded.

As a vegetarian and a runner, I know that eating a plant-forward diet doesn’t mean compromising strength or fitness. (Elite athletes like ultrarunner Scott Jurek, tennis champ Venus Williams, and Olympic weightlifter Kendrick Farris have all excelled while eating plant-based diets.) With the proper plan, and books and online resources handy, plant-based eating can contribute to overall health and even prevent common diseases. The science bears this out. According to the American Dietetic Association, “appropriately planned vegetarian diets, including total vegetarian or vegan diets, are healthful, nutritionally adequate, and may provide health benefits in the prevention and treatment of certain diseases.”

Despite the benefits, Americans can find it challenging to shift away from meat, since it makes up such a large part of their diets. The U.S. Department of Agriculture estimated that the average American consumed 222.4 pounds of red meat and poultry in 2018 — a new high.

When people shift toward plant-based diets, they can go wrong quickly. I’ve seen friends dive into vegetarianism only to consume chips, soda, and candy — all technically vegetarian, but certainly not healthy. I’ve also seen them pile plates high with pasta and bread to feel full, while they ignore protein and healthy fats. (It’s a trap vegetarians and vegans are particularly subject to during the holidays, when they fill their plates with side dishes of potatoes, sweet potatoes, stuffing, and bread. Talk about carb loading.)

So, how does one make the shift in a healthy manner?

Actor, environmentalist, and alternative school founder Suzy Amis Cameron advocates the One Meal a Day Plan. Her recent book, The OMD Plan: Swap One Meal a Day to Save Your Health and Save the Planet, outlines the benefits of eating one vegan meal a day and prescribes ways to incorporate it. Eliminating meat from one meal a day presumably cuts its intake by a third, getting people who use the OMD Plan closer to the health benefits of plant-based diets. Cameron delves into factors that may prevent people from incorporating this method, including price (meat’s expensive, but so too can be fresh produce), concerns about safety, and taste, as some people worry they won’t enjoy their plant-based meals.

To tackle the latter concern, here are a few tried-and-true sources for vegetarian and vegan recipes.

After interviewing Cameron for Oprah magazine and the SuperSoul Sunday podcast, Oprah Winfrey was so taken with her plan that she took up a 30-day OMD Challenge. Her private chef created a month’s worth of plant-based meal recipes now available on the magazine’s website. Oprahmag.com/life/food/a29473786/oprah-plant-based-diet-plan

Tieghan Gerard is a self-taught food blogger. But she’s no hobbyist. Her work has been featured on The Cooking Channel, Food Network, and in Shape magazine and Self magazine, among other platforms. She released the Half Baked Harvest Cookbook in 2017, but the website is handy for filtering both vegetarian and vegan recipes from the meat-based ones. I’ve found the dozens of Half Baked Harvest recipes I’ve tried to be flavorful and filling. They never fall victim to the lack of texture that plagues many vegetarian dishes. halfbakedharvest.com

Husband-and-wife duo David Frenkiel and Luise Vindahl started this plant-based recipe and lifestyle blog in 2009. Frenkiel is a former magazine art director and Vindahl is a holistic nutritional therapist, so their recipes are both nutritious and deliciously photographed. The recipes on GKS emphasize whole foods and organic products; the authors aim to make the recipes simple, which is fitting since they’re raising and feeding three vegetarian children. They have published five cookbooks, including The Green Kitchen, Vegetarian Everyday, and Little Green Kitchen, the latter of which is focused on family-friendly recipes with lunchbox ideas, snacks, and desserts. greenkitchenstories.com

Hugh Forte and Sara Forte, the husband-and-wife duo behind Sprouted Kitchen, emphasize a Mediterranean cooking style focused on produce, whole grains, healthy fats, and natural sugar alternatives. There’s a bevy of recipes on the website, but those who need more guidance can join their weekly meal planning program, Sprouted Kitchen Cooking Club. Sprouted Kitchen categorizes recipes both by type and season, so navigating based on what’s fresh and local is easy to do here. The Fortes published Sprouted Kitchen: A Tastier Take on Whole Foods in 2012. An e-book with vegetarian recipes for kids, Little Sprouts: A Collection of Recipes to Get More Produce into Your Little Ones, is available online. sproutedkitchen.com

The New Vegetarian Cooking for Everyone by Deborah Madison (Ten Speed Press, 2014)

Santa Feans have an expert on vegetarian cooking as a neighbor. Santa Fe-based chef and author Deborah Madison’s cookbooks are odes to fresh produce. This book is both guide and recipe box as Madison offers a primer for vegetarian cooking, teaching basic cooking techniques and ingredient combinations. The book offers more than 1,600 classic recipes that home cooks can handle (200 more than the original edition published in 1997). Her book Vegetarian Suppers from Deborah Madison’s Kitchen is a good companion that offers 100 recipes for vegetarian main dishes.

Plenty quickly became part of the canon of plant-based cookbooks, which is especially notable since the author, Middle Eastern chef Yotam Ottolenghi, isn’t a vegetarian. He became associated with the diet as the owner of six Ottolenghi restaurants and as the author of the weekly The New Vegetarian column in The Guardian. The book gently suggests meat or fish pairings that are appropriate for the vegetable dishes, but it also presents vegetable-based dishes that can stand alone. Unlike other books organized around sides, mains, and desserts, Plenty is organized around key ingredients like mushrooms, eggplant, and tomatoes. In 2014, Ottolenghi followed the book with Plenty More: Vibrant Vegetable Cooking from London’s Ottolenghi. ◀