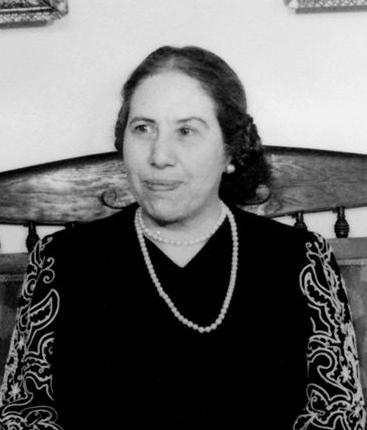 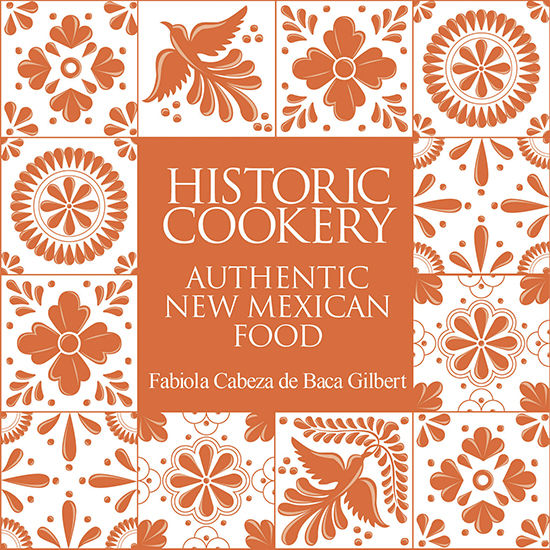 Fabiola Cabeza de Baca Gilbert (1894-1991) was born in Las Vegas, New Mexico, and grew up on her family’s ranch in Llano, where the household servants did all the cooking. She graduated from high school in 1913 with a teaching certificate, accepted her first job in 1916, and continued working in classrooms in Northern New Mexico for the next 10 years. She earned her bachelor’s degree in 1921 and a degree in the new field of home economics in 1929, launching a 30-year career as a county extension agent, traveling the state to teach rural women new ways to cook, farm, and manage their homes. As she traveled and taught, she gathered recipes, remedios, and New Mexican folklore and traditional practices from Anglo, Native American, Spanish, and Mexican families. First published as an extension circular, Gilbert’s recipe collection evolved into a small book known as Historic Cookery: Authentic New Mexican Food (Gibbs Smith, 120 pages, $12.99).

Historic Cookery is often cited as the first-known published cookbook on traditional New Mexican cuisine and credited with popularizing cooking with chile. But there is much evidence that New Mexico Cookery, a booklet by Alice Stevens Tipton, an Anglo from California who also traveled widely while working for the state land office, predated Gilbert’s effort — and her passion for chile — by about 15 years. Debates about which came first aside, New Mexico Cookery is awaiting a revival while Historic Cookery is still in print, most recently published by Gibbs Smith in the spring of 2019.

Fry tortillas in deep fat, fill each tortilla with cheese and onion and roll. Serve on lettuce leaves topped with the green chile sauce.

The small book is packed with more than 100 traditional New Mexican recipes, written in the terse style popular in the early part of the 20th century: lists of ingredients are followed by just a few simple sentences of instruction. Multiple recipes for chile come first, “since many New Mexican dishes require a little chile sauce.” Corn dishes — tortillas, posole, chicos, enchiladas, and tamales — follow. Some of the meat dishes (like estofado, or stew) show their Spanish roots, calling for raisins, cinnamon, and chocolate. Others (like carne adovada) are simply simmered in a chile sauce enhanced with a little garlic and oregano. Cheese and vegetable dishes are covered, as are salads, soups, breads, and desserts, which include quince candies, caramelized corn, and pumpkin preserves. The drinks, Gilbert writes, are usually served to old or sick people, or to children, to support their health. Atole (blue cornmeal mixed with water) and hot chocolate fall into this category, along with a flour and sugar gruel flavored with anise seed. Suggested menus for lunch, dinner, tea, and the Lenten season complete the book.

At just 5-by-5 inches, this reissue of Historic Cookery would make a charming gift for cookbook collectors, newcomers to New Mexico, or the culinarily curious in any state. ◀

There are three PDF scanned original versions of this available for free download from the NMSU Extension Service. They were published in 1946, 1954, and 1958. They are Circulars 161, 250, and 281, respectively. The shortened link is https://tinyurl.com/y2pcr658. When you click on a title, it goes to a download page. Click on the arrow of the Download button, and click "All" to download the entire document. This is our state government doing good things for la gente.