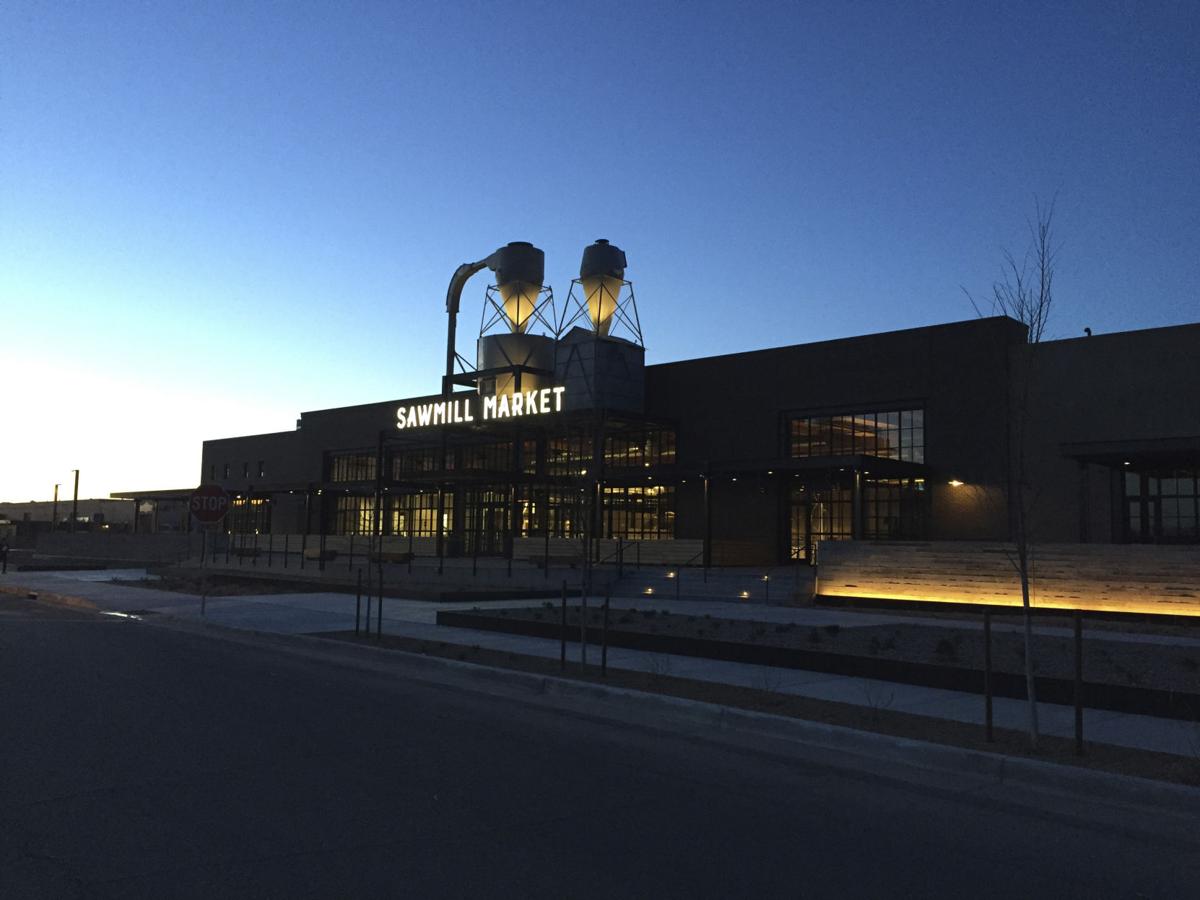 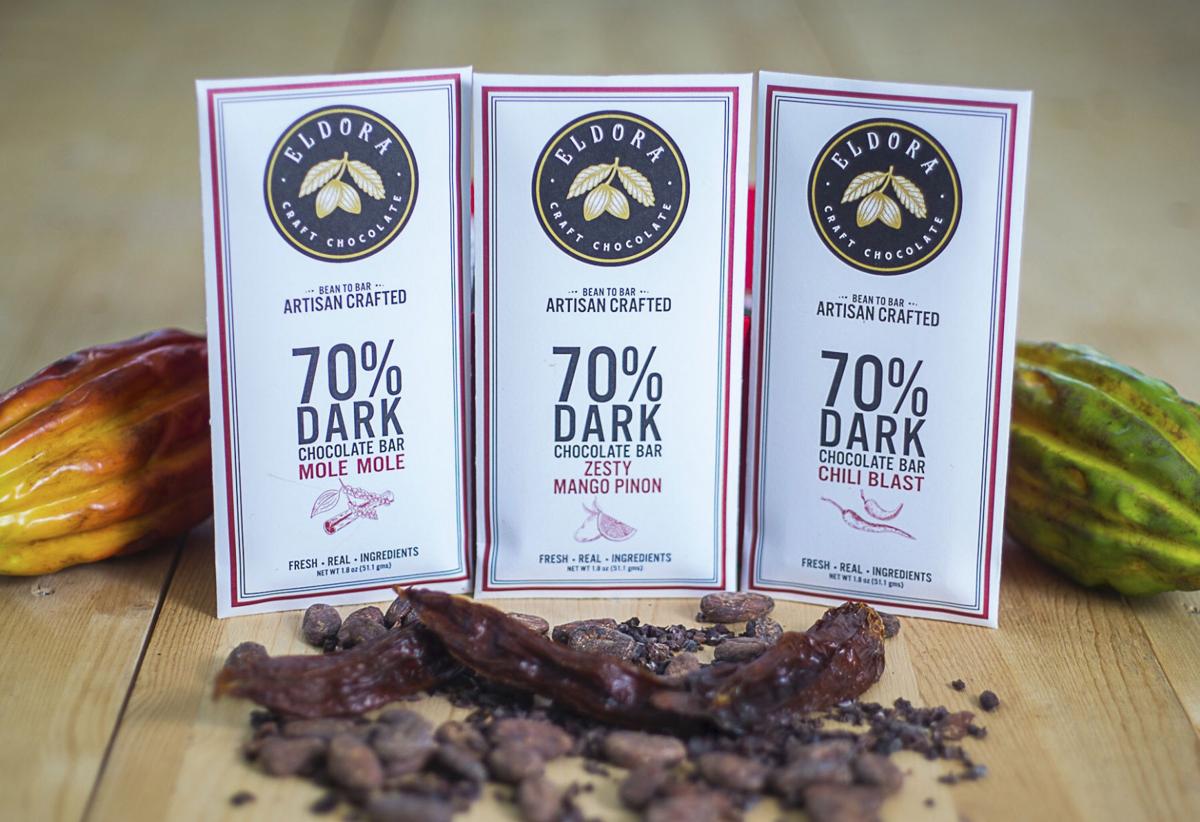 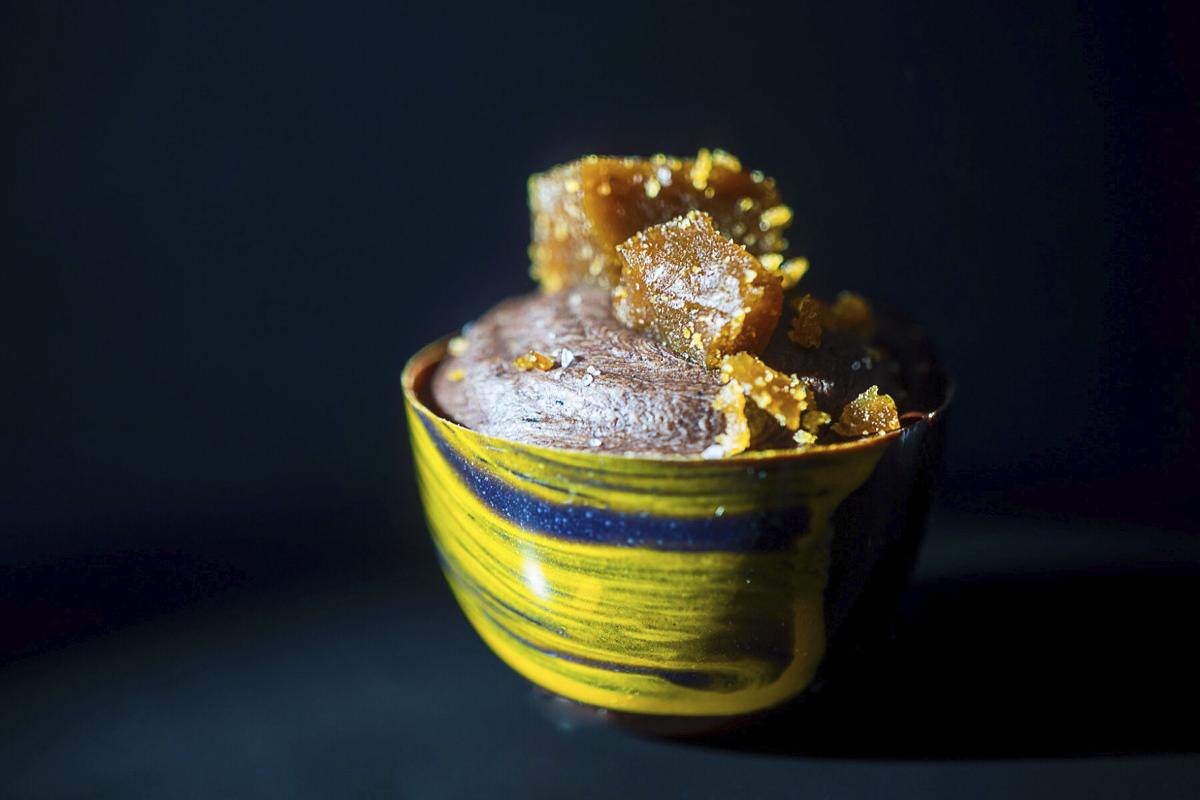 A dessert from Eldora Chocolate

A dessert from Eldora Chocolate

Not long before going to press, Pasatiempo learned that Sawmill Market will be closing its doors for the foreseeable future. Some merchants will offer curbside to-go service. Go to sawmillmarket.com for more information.

Sawmill Market’s developer, Jim Long, has created Albuquerque’s first artisanal food court in the original Paxton Lumber Company building in the Industrial District of Albuquerque, just north of Old Town. The building that opened in 1958 was gutted and is now a 33,000-square-foot brick, cement, rock, wood, steel, and glass “industrial-chic” marvel that is rooted in the past and maintains an eye toward the future.

Garage doors open out onto large patios in the warmer months. Floor-to-ceiling windows allow for light and views to flood the building. And at its center is The Yard, which the website describes as an “outdoor dine + play space.” Outside spaces will no doubt be popular as the weather warms, and there are plenty of ways families will want to use The Yard. Parents will be able to enjoy a drink and food while the kids play and run around. Its opening propels Albuquerque closer to taking its place among America’s innovative tech centers powered by young, vital populations. A significant investment in the old industrial part of Albuquerque, Sawmill Market promotes a vision that celebrates the city’s unique community, food, and culture.

“We wanted to create a community of the best food and beverage operators in New Mexico, a gathering place with quality food and drink,” Long says. “Our goal is to make Sawmill Market a community cornerstone.”

Long and his team developed the market as a separate entity from his position as CEO of Heritage Hotels & Resorts, a company that owns a number of luxury lodging establishments inspired by the spirit and history of New Mexico. Those values are apparent in other projects Long and Heritage Hotels have developed, such as Hotel Chimayó in Santa Fe, Nativo Lodge in Albuquerque, El Monte Sagrado in Taos, and Hotel Chaco, an architectural fusion of the Anasazi past and New Mexico’s future, located just across the street from Sawmill Market. As an architect and 12th-generation New Mexican, Long recognizes the struggle between retaining the state’s character and becoming lost to the homogenizing trends of modern life.

Long’s desire to express New Mexico culture in what he does is shared by his three adult children, Adriana, Jordan, and Grant. A large cast of characters has contributed to the multiyear development period necessary to get the market off the ground, one of the most instrumental being Brandon Palmer, who returned to Albuquerque after a career on the East Coast and is now the market’s general manager.

Lauren and Jason Greene, the owners of the Grove Cafe & Market (600 Central Ave. SE, Albuquerque), were the concept developers. They embarked on a three-month research-and-development journey, visiting the best-known and most innovative markets and food halls in San Francisco, Atlanta, New York, San Diego, and Chicago. What they saw helped shape how they envisioned Sawmill Market.

“Years ago, we walked into the spot that would eventually become the Grove Cafe & Market and felt so inspired by the up-and-coming neighborhood,” Lauren Greene said in a press release. “Jason and I saw the same bones in the Sawmill District when we were first approached by Jim Long. ... We’ve had the pleasure of being involved in the process since Day One — from picking out tiles to meeting with new tenants — and we’re excited to take part in the revitalization of the district while paying homage to the heritage of the area.”

While a few of the vendors are still in the process of finishing their venues, most were up and running by its March 10 grand opening. The specialty foods available that day included coffee, specialty meats, flowers, chocolates, Mexican and Japanese food, barbecue, Venezuelan snacks, and pasta, as well as botanical cocktails. Eighteen of its 26 vendor spaces are in place. Vendors come from the Duke City’s longtime food purveyors, like Mr. Powdrell’s Barbeque House (5209 Fourth St. NW) and Naruto Ramen (2600 Central Ave. SE). Also on the roster are small companies that have been working out of farmers’ markets, pop-ups, and commercial kitchens, such as Hawt Pizza Co., Tulipani Pasta, and Eldora Chocolate.

Joe Anguiano, chef of the Mercantile Cafe and Flora Mexican Restaurant, which has a taco carryout window, sees New Mexico’s resources as something he would like to bring to national attention. “Our food culture is still relatively undiscovered on a national scale. I’m excited about the produce and natural resources we have, which are as good as any place I’ve seen.”

His menu is exciting, largely inspired by taqueria and Mexican street food (like tacos) made from scratch with locally sourced ingredients. He also envisions the market as a meeting place, and his dream is to gather people to take cooking classes or to use the upstairs meeting rooms for community events. ◀