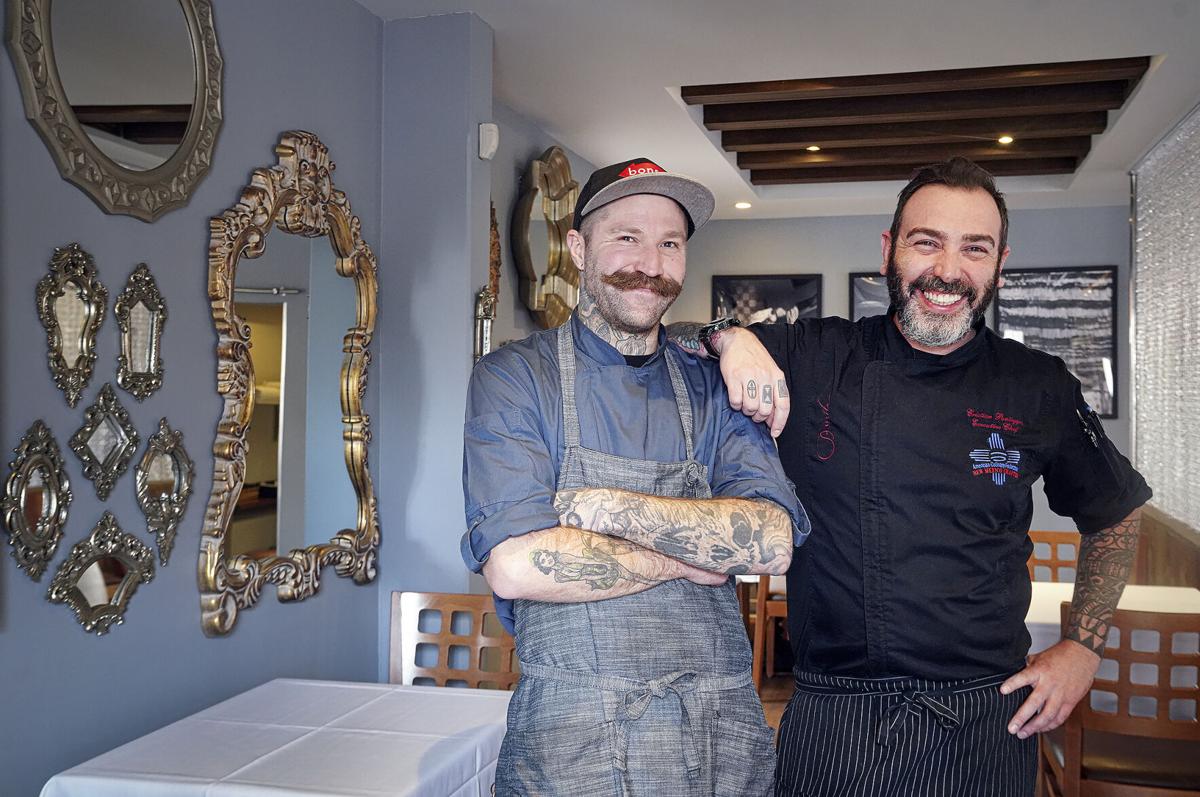 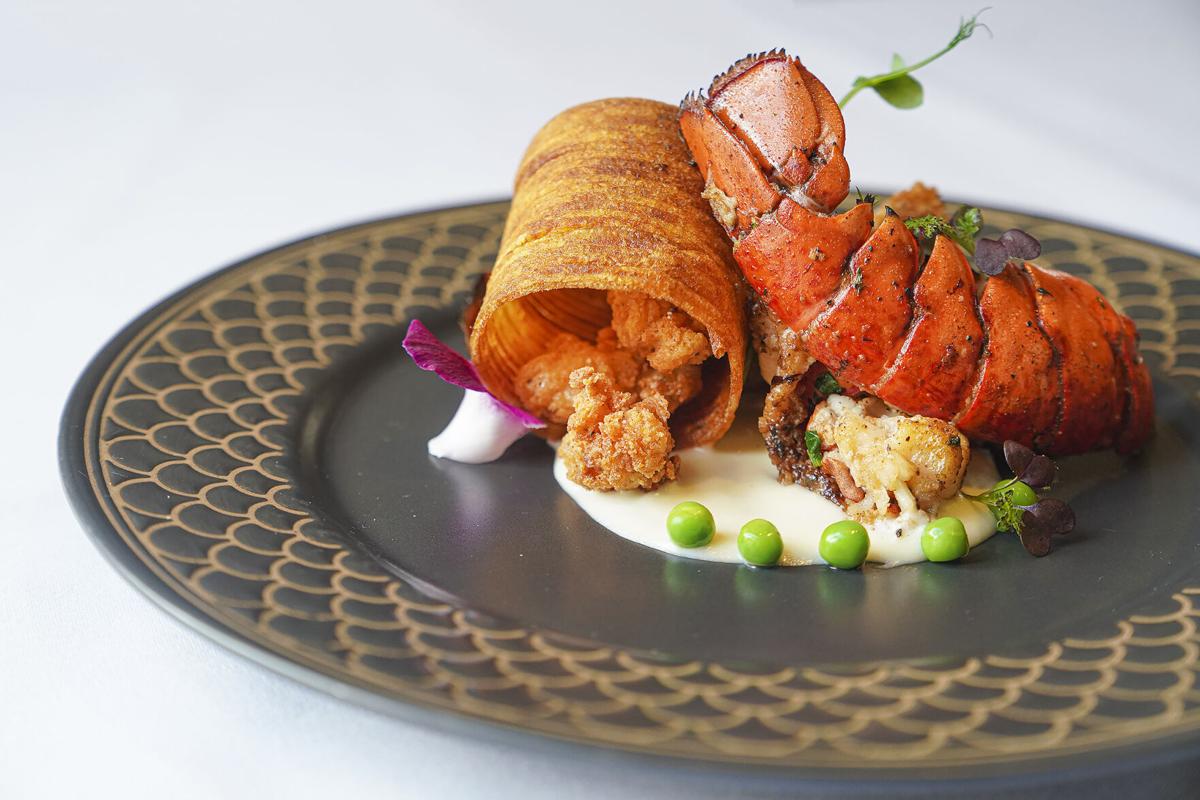 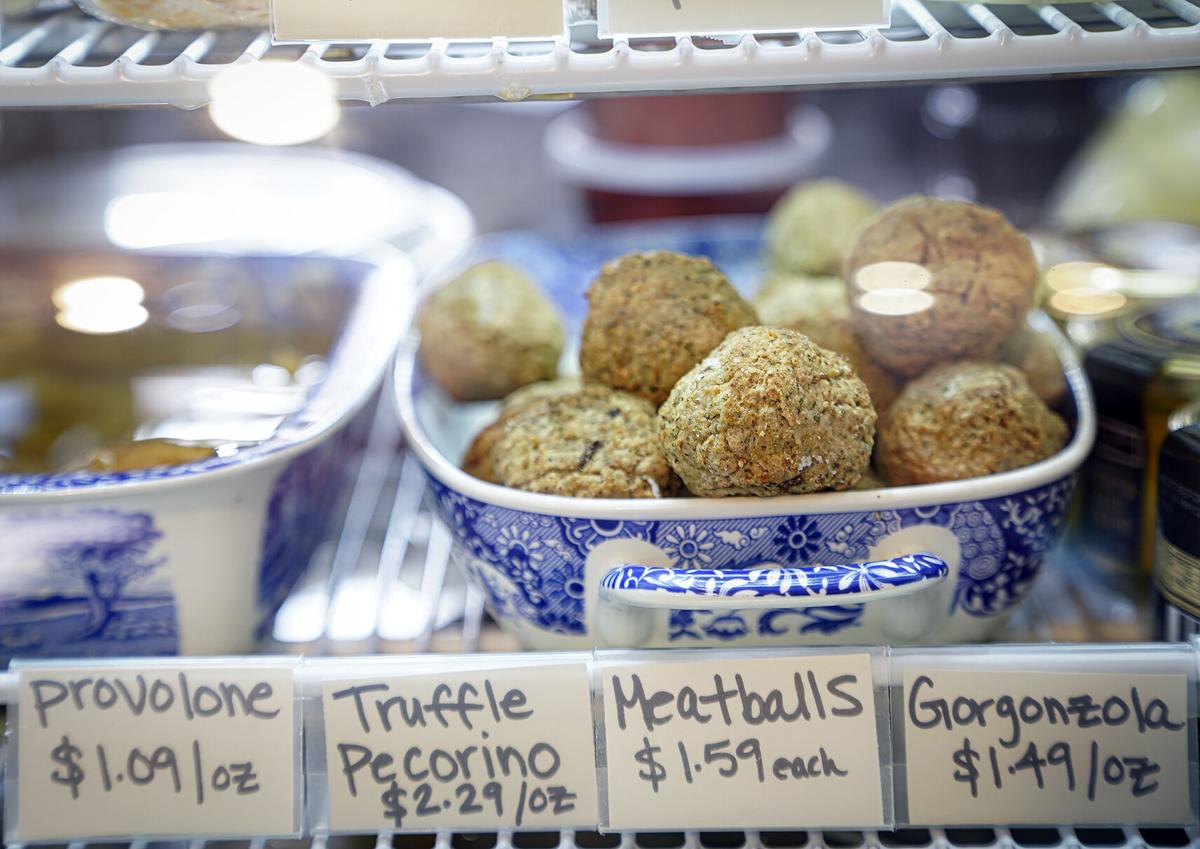 Freshly prepared meatballs are one of the many offerings at the Deli at Sassella, photo Gabriela Campos/The New Mexican

Freshly prepared meatballs are one of the many offerings at the Deli at Sassella, photo Gabriela Campos/The New Mexican

There are a few staples at Italian American eateries at Sassella (225 Johnson St., 505-954-1568, sassellasantafe.com), but they’re likely to be very different from what you may expect. You can get a Caesar salad, but instead of the typical croutons and a dressing made with Worcestershire sauce, Dijon mustard, lemon, and anchovy paste, expect your romaine lettuce to be served with white anchovy fillets, capers, focaccia crostini, and a tonnato dressing.

Chicken parmesan, however, is off the menu.

“Most Italian restaurants in the U.S. have the same things, like spaghetti and meatballs, lasagna, chicken parmesan, Caesar salad,” says Executive Chef Cristian Pontiggia, 41, who grew up in the Lombardy region of Italy. “It’s not really Italian food. Caesar salad was created in Mexico. Many customers ask me to make Caesar salad. But I change the dressing, the presentation, everything. I love meatballs, but in Italy it’s polpette.”

He sits in his office at Sassella’s nearby deli (216 Mckenzie St., 505-954-1568, thedeliatsassella.com). His many awards line up on a cabinet. His most recent: a large blue ribbon proclaiming Pontiggia is Chef of the Year, an honor bestowed in March by the New Mexico chapter of the American Culinary Federation. The award entitles him to compete for the federation’s U.S.A. Chef of the Year.

“This past year with COVID, our chapter looked at the different needs of the state,” says the AFC’s Chef Leonard Bailey, who judged the competition. “When I was looking at who was going to get which award, I was looking at what their involvement was, not only for what they were doing in their own kitchens, but what were they doing in the community.”

During the pandemic, Pontiggia organized industry professionals, including Bailey, to prepare meals for first responders at Christus St. Vincent Regional Medical Center in Santa Fe. Pontiggia, who began cooking in high school, is also an advocate for younger generations of culinarians. “He and I have talked about creating an American Culinary Federation student team to compete for the ACF nationals,” Bailey says.

“When you get to a certain point in your career, you give your knowledge back to somebody else,” Bailey goes on. “You try to lift them up in their careers because their success is on our shoulders.”

After a brief stint working for a celebrity (no, he won’t say who) in Santa Monica, California, in 2010 (“They’d come back home anytime and wanted me to cook at like four in the morning, and stuff like that. I quit after two weeks.”), he worked for a time at Locando del Lago, an Italian restaurant that closed in 2018 after 27 years. On a trip to Taos about 10 years ago, with just four months left on his visa, he dined at Taos’ Stakeout Grill & Bar.

The risotto, Pontiggia says, was terrible. The then-owner, Mauro Bettini, asked what the chef thought of it. Pontiggia was diplomatic. “He said, ‘Do you think you can do better?’ I was like, With risotto? Yeah. Of course I can do better.”

Pontiggia presented him with a risotto of his own the next day. Bettini wasn’t coy in his response. “He said, ‘I feel like I’m home in Italy. It’s like the best risotto I ever had.’ ”

After a time at Stakeout, more executive chef positions followed: El Nido in Tesuque, Osteria D’Assisi in Santa Fe, and finally Sassella in 2019, which he co-owns with Lawrence and Suzanna Becerra.

“My wife and I met Cristian about eight years ago, give or take. At the time, he was working at one of the other restaurants here in town. We went to a Chaîne [des Rôtisseurs, a food and gastronomy society] dinner there and were pretty impressed with his cuisine. We then followed him to El Nido. As we got to know him better, we liked his drive, his personality.”

He adds, “Cristian is extraordinarily good at what he does, and he’s also just a hell of a nice guy. He’s just got great energy.”

His co-owners asked Pontiggia to name the new restaurant, which opened in the historic brick building on Johnson Street next to the Georgia O’Keeffe Museum. “The name is not important to me,” he told them. “It’s what we do inside the restaurant.”

Eventually, he demurred, calling it “Sassella,” the name of his hometown in Northern Italy. “There’s only 60 people living there — maybe,” says Pontiggia, his forearms enveloped by sleeves of tattoos, his bearded face host to a perpetual smile. “It’s just one street. There’s not, like, an exit. You have to go back on the same street before you can exit the town.”

But there are, he says, grapes everywhere. The region is known for its sassella wine, which is made from Nebbiolo grapes. It’s a big part of the economy for the people who live there. Aside from a happy memory of tasting the sassella with his father as a boy, he never drank wine until he was in his mid-20s and still doesn’t like to drink it unless it’s part of a meal. (He prefers gin.)

He learned to appreciate pairing wine and food when he was working at a restaurant in Italy.

“I was maybe 25,” he says. “It was my third job.” The head chef told him he would never be a top-tier chef unless he learned to appreciate wine.

“Every night, he’d open a different bottle of wine for me to taste. After a while, my palette started to change.” Eventually, he could imagine the pairings and more and more began to understand wine as an integral part of the fine dining experience. Perhaps not surprisingly then, wine plays a significant role in the Sassella dining experience.

New Mexico grew on Pontiggia. “It was something weird from the beginning,” he says. “It was kind of like this energy. Something kept telling me to stay here. The more I stay here, the more I love it.”

As for Sassella, Pontiggia has no plans to abandon it for another restaurant.

“I’ve had offers to go to Las Vegas or New York, where I can make so much money, but I don’t really care. I’m happy in New Mexico. It’s a place I never want to leave.” ◀

Thanks Michael for this fantastic story. I just downloaded the deli menu, OMG.