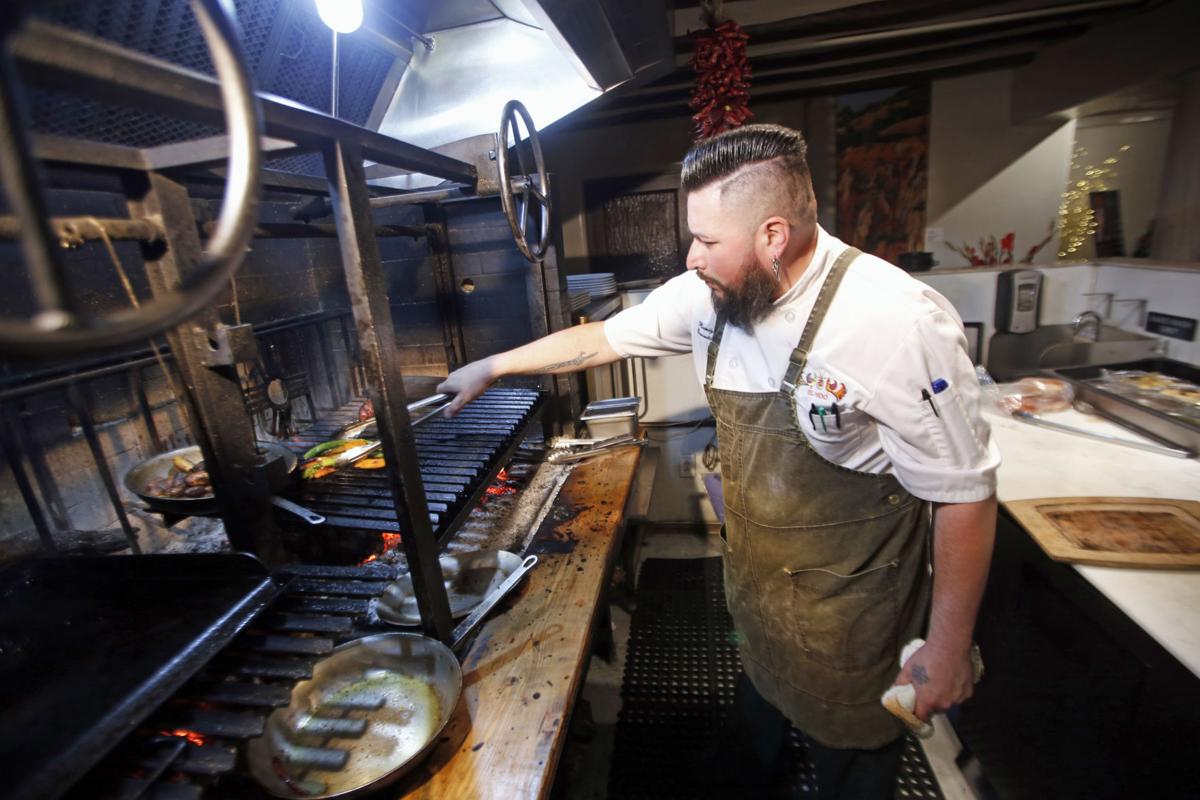 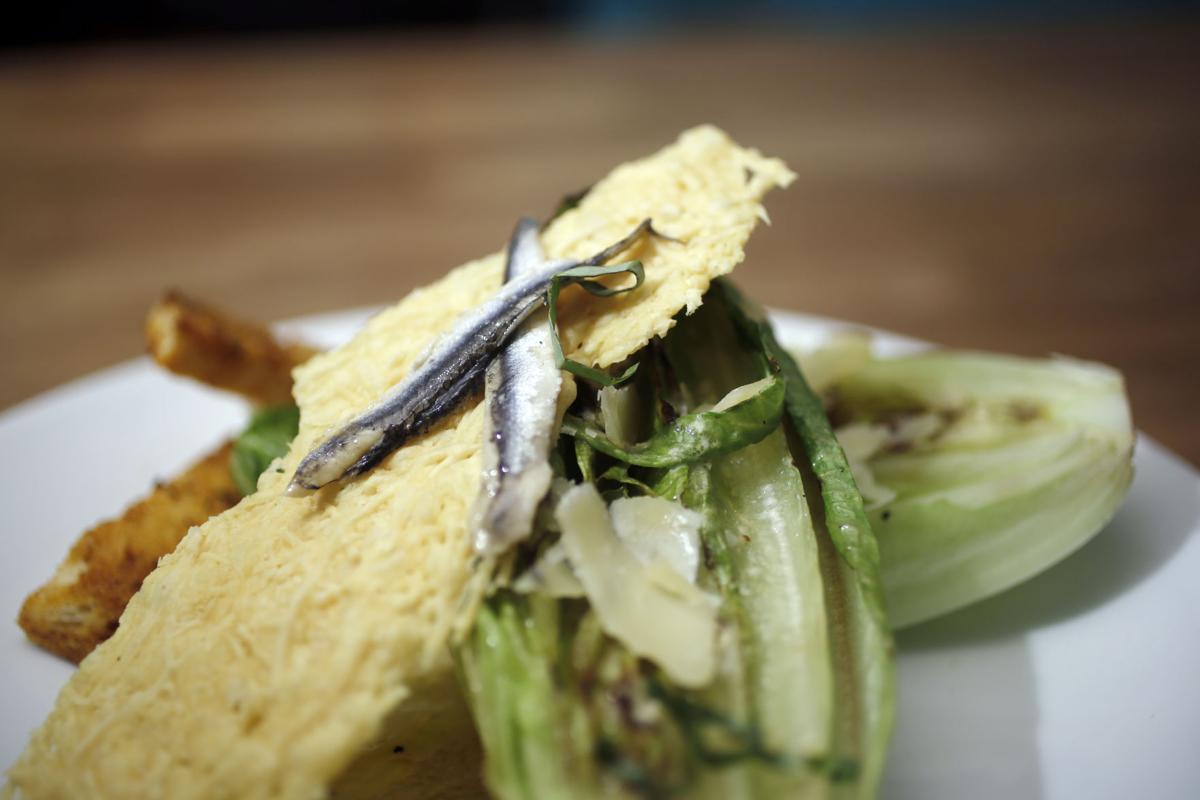 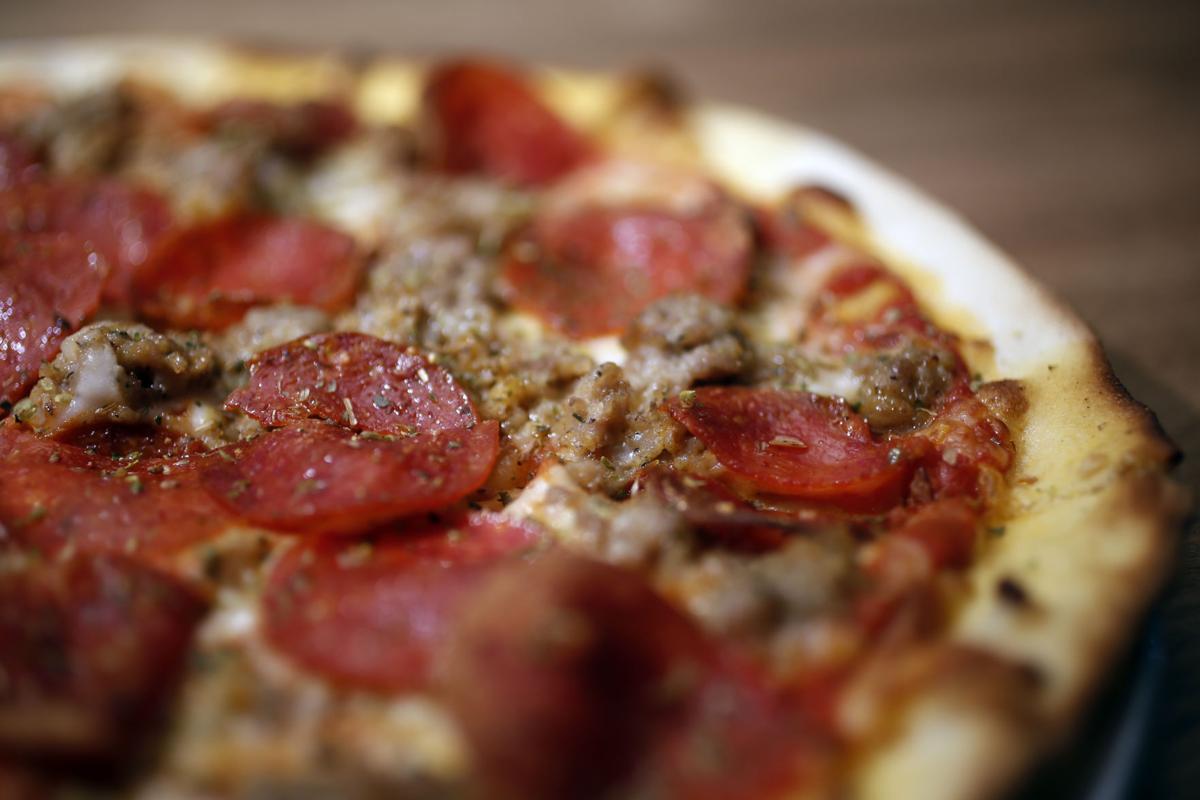 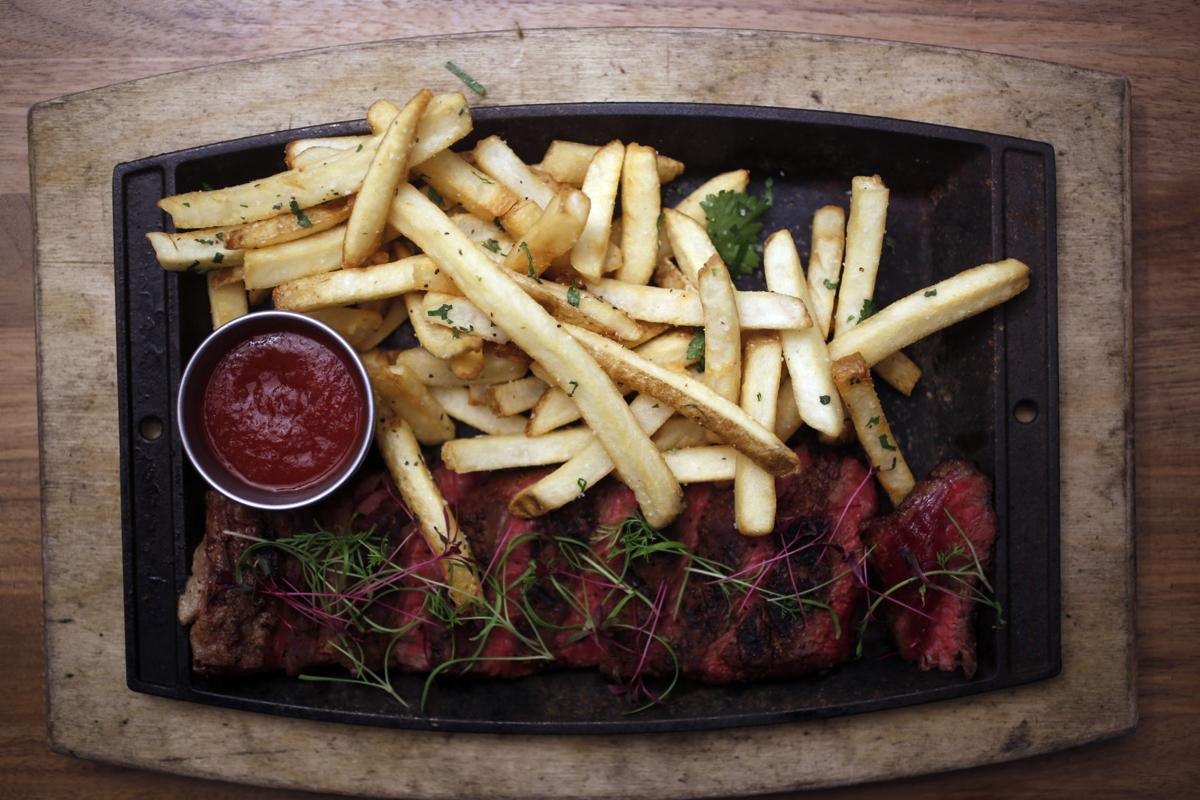 Sound level varies from hushed conversation to loud, happy buzz depending on the number of people seated

Parking around front and side of building

Before El Nido closed its doors in 2010, it had earned an almost 100-year reputation in the village of Tesuque as a roadhouse, a restaurant frequented by celebrities like the painter Will Shuster and the front man for ZZ Top. Some say it was also a bordello. A few decades ago, I sat with a local shopkeeper as we were regaled with stories of the Manhattan Project by a burly, tattooed sailor who had been stationed at Los Alamos in the ’40s. Among the tales: The drivers charged with delivering the Gadget to the Trinity test site pulled to the side of the road and left the atomic bomb untended while they ducked into El Nido for a steak and a quick turn with the ladies.

True? Who is left to tell? All we know is that the once popular steak and seafood house remained dark and shuttered until two local couples — Anthony and Wendi Odai and Rob and Michelle Bowden — decided to resurrect the restaurant, the myths, and the camaraderie it once brought to the community. Open since 2017, initially under the direction of executive chefs Enrique Guerrero and Cristian Pontiggia, El Nido seems to have found its culinary footing with Randy Tapia, a native Santa Fean, at the grill.

El Nido still offers steaks and other grilled meats (burgers, pork chops) and seafood (salmon, trout, mussels), supported by a number of classic interpretations of Italian specialties (pasta, pizza) and not-so-classic (coconut-laced mushroom risotto). As longtime fans of calamari, my dining companions and I order it whenever it appears on a menu, and El Nido’s calamari fritti ($14 at dinner, $10 during happy hour) is up there with the best. Crunchy and tender — not an overcooked ring or tentacle on the plate — with dill and parsley accenting the batter, it’s served in a puddle of light aioli made with salty preserved lemons.

We could smell the garlic rising from the buffalo pappardelle Bolognese ($27) before it reached our table — and yes, that’s a good thing. Complemented by the natural sweetness of the caramelized ground buffalo, the silky house-made pasta was coated with just the right amount of a light tomato-red wine sauce, topped with freshly shredded Parmesan. El Nido boosts its Italian cred by not drowning the pasta in too much sauce, as so many American restaurants do, and the kitchen will cheerfully split the dish so two can share it as a primi piatti, a traditional Italian first course.

Cesare alla griglia ($12), El Nido’s contemporary take on a classic Caesar salad, splits and chars a full head of romaine lettuce, robes it with a creamy lemon dressing, then adds a large Parmesan crisp, a biscotti-shaped crouton that looked hard but cracked easily, as well as a pair of white anchovies and more shards of Parmesan to the plate. It was slightly smoky and salty, alternately crunchy and soft, with the various textures all playing nicely together.

El Nido’s serious use of an Italian wood-fired oven and live-fire Argentinian grill, which showcase its meats and pizzas, sets it apart from most Santa Fe restaurants. The pie crusts are almost cracker-thin, reminiscent of those introduced to the United States by Johanne Killeen and George Germon when they opened Al Forno, their seminal Italian-French restaurant in Providence, Rhode Island, in 1980. Al Forno introduced Americans to Italian foods cooked in blazing hot ovens and over smoky hardwood fires, and El Nido has picked up that mantle.

A note about happy hour: The prices of some menu items and many beverages are deeply discounted between 4:30 and 6 p.m. — but the lowered prices apply only to food and drink served at the Zozobra bar and nearby bar tables. They do not apply to items served in the red leather booths or other dining rooms.

The Zozobra room boasts a serious bar, running almost the length of the room, with original tin chandeliers and bright folk-art paintings around the windows. It’s an attractive, rustic, and comfortable space that feels like the warm heart of the venue — and can deliver just about anything you want in the drinks department. There are cocktail specials featuring tequila during Herradura Happy Hour, along with bourbons, whiskeys, ryes, scotches, gins, mezcals, and agaves; draft and bottled beers; wines by the glass; a sizeable and diverse bottle list (half-priced on Wine Down Wednesdays); and a captain’s list of sommelier-curated wines for between $65 and $325 per bottle (not included in Wine Down Wednesdays).

The Argentinian grill is critical to the success of the Wagyu flank steak frites. The buttery, well-marbled beef benefits from a turn over the high heat of the live fire, where it picks up a smokiness and develops a crust that delivers wonderful flavor. The 8-ounce cut ($29) was more medium than the requested medium rare, but the minimal overcooking was barely noticeable and did not detract from our overall enjoyment.

The Harvest Bowl ($21) delivers a different experience. Filled with roasted mushrooms, sweet potatoes, butternut squash, and kale served over a base of brown rice, it was both visually appealing and filling, a fine option for vegans, vegetarians, or people who just want to cut down on meat. The very prominent cinnamon flavor was initially off-putting but settled in nicely, adding sweetness and warmth to the bowl.

The dessert list includes a soft and sensuous tiramisu ($12), the coffee liqueur, cream, and mascarpone crowned with a deep layer of flavorful cocoa; a crème brûlée ($10); a limoncello cake ($11); a Kakawa chocolate nest ($15); and nightly specials. On one visit, the special was spumoni. Layered in a flute, the balls of house-made gelato ($3 per ball) — pistachio, strawberry, and chocolate-cherry — lifted the often trite Italian-American treat to new heights.

While restaurant coffee is often a throwaway at the end of an otherwise good meal, the brew at El Nido ($4) is not an afterthought. All orders are essentially Americanos, made fresh with a rich, dark espresso base — yet another indication of the care the establishment takes with even the simplest item on the menu.

One caveat: Where there is fire there is smoke, and sometimes the smoke from the oven, grill, and fireplaces permeates the dining rooms. Sensitive people or those with respiratory issues may want to check the air before settling at a table.

El Nido’s food hits both rustic and refined notes without pretense or self-consciousness. The cheerful, accommodating staff pays attention to detail and makes you feel as comfortable as a regular, even if it’s your first visit. The current ownership — with good taste and genuine affection for the venue — has brought new life to the old nest. ◀