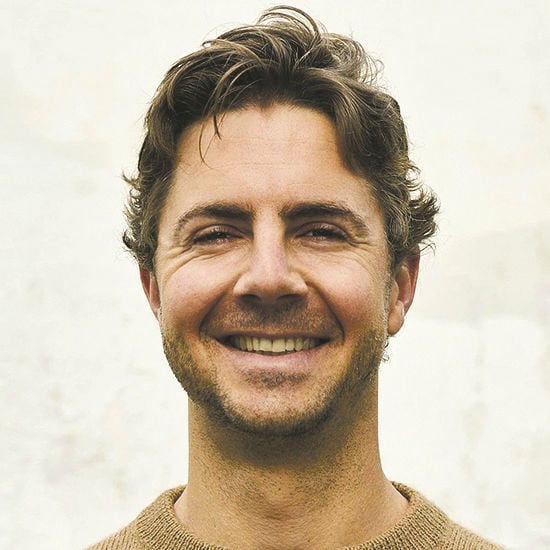 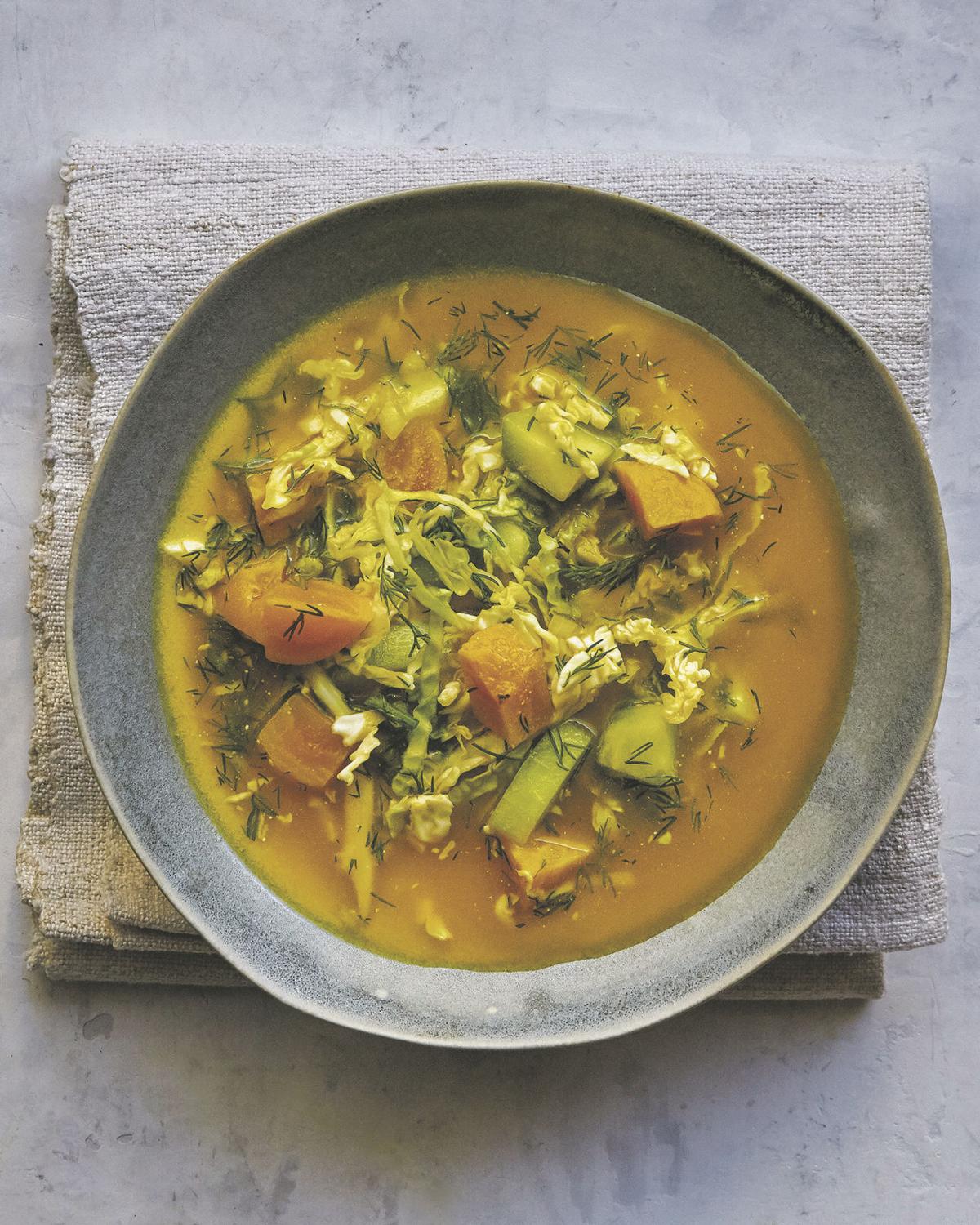 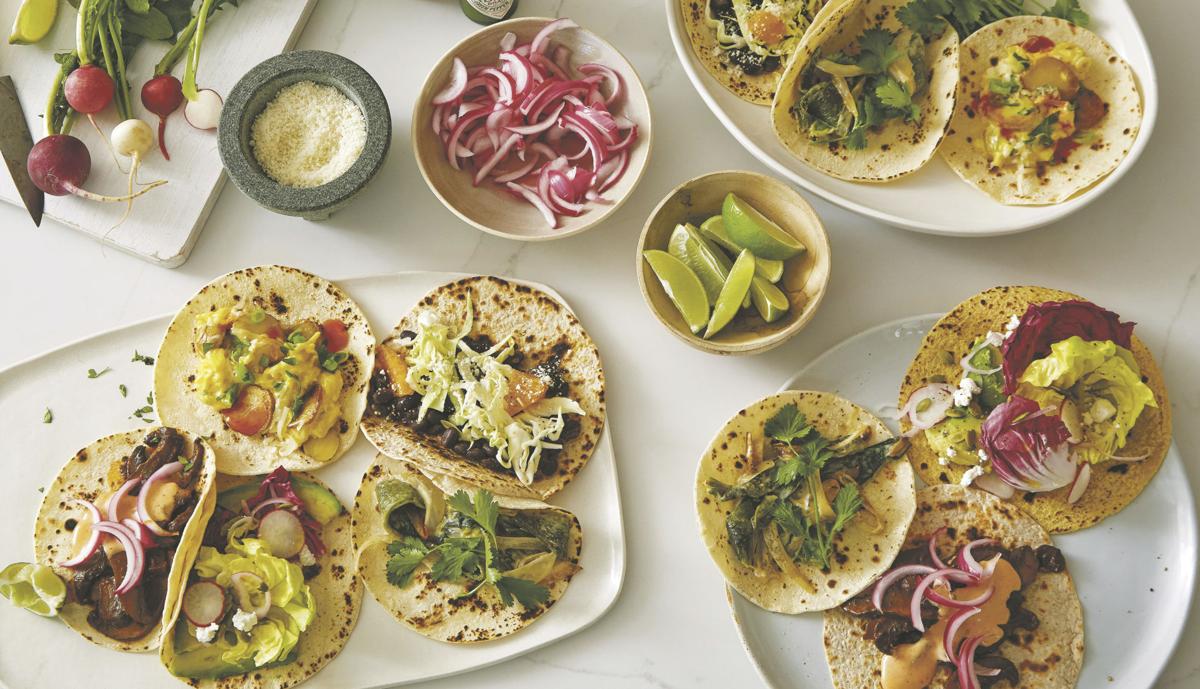 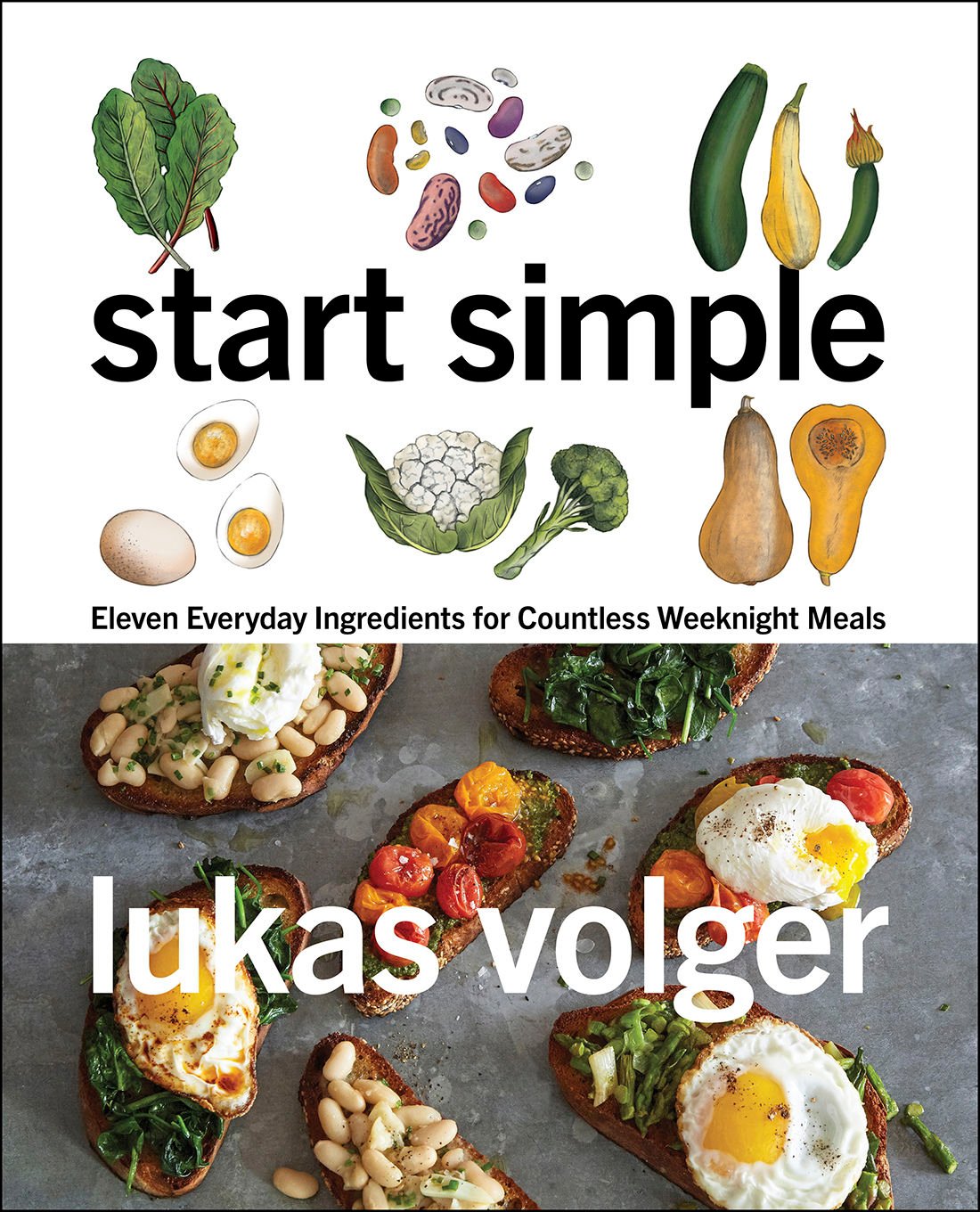 If you’re partial to Instagram photos of delicious-looking bowls captured in lovely natural light, you might be familiar with Lukas Volger. He’s a recipe developer and author who last year launched two popular hashtags firmly grounded in (but not limited to) that bowl idiom: #31daysofbeans and #28daysofoatmeal. In addition to plying us with glamour shots of, say, warm white bean purée with wilted spinach, fried egg, and sage, or oatmeal with sweet potato, chickpeas, kale, and miso-nori butter, he has authored four cookbooks (one of which, unsurprisingly, is titled Bowl). He also co-founded the award-winning queer food journal Jarry and Eat Queer (eatqueer.com), an online directory of queer food and drink establishments. He literally wrote the book on veggie burgers and for a time even offered his own line.

Released last month, Volger’s latest book, Start Simple (Harper Wave), aims to make cooking less intimidating for beginners (and easier for us all) by focusing its 140 vegetarian recipes on 11 core ingredients: winter and summer squash, tofu, greens, beans, sweet potatoes, eggs, mushrooms, tortillas, cabbage, and broccoli or cauliflower. Noting that “many of us live differently” than in a four-person nuclear family, he also created several recipes that serve one or two, “designed in part for the cooking scenario where many of us give up — when you get home late from work, hungry, wanting to collapse before a Netflix special.” Pasatiempo caught up with Volger via email to discuss the book, favorite beans, and why you should always keep marinated greens in your refrigerator.

Pasatiempo: You grew up in Boise. How did your path lead you to cooking and to Brooklyn, where you live now? You spend some chunks of the year out West, in Reno. What takes you there?

Lukas Volger: I had always wanted to live in New York, for reasons I didn’t ever understand and couldn’t articulate at the time. But when I moved there to go to Hunter [College], I didn’t have any expectations of the city, which left me with a completely open mind. And once I got there I knew it was home. My brother and his family live in Reno, and I spend a lot of time out there and in Lake Tahoe, where my dad has a cabin.

Pasa: How did you get started writing cookbooks?

Volger: I got very lucky. I worked in book publishing for about 10 years, and toward the end of that period a colleague and friend was starting his own publishing house, and he wondered if I knew anyone who’d be able to write a cookbook about veggie burgers, and I thought that sounded like it’d be fun, so I pulled together a proposal ... and that’s how it started! I had no idea how much I’d love the nature of the work, splitting time between the kitchen and the laptop, but I really do.

Pasa: The recipes in Start Simple are vegetarian. Are you primarily a vegetarian?

Volger: I first started following a vegetarian diet in college, for environmental reasons and also because I was curious. Currently, as a default, I eat vegetarian most of the time but I’m not strict. I’m endlessly inspired by vegetarian cooking, and it’s long been a way of eating that makes the most sense for me in terms of feeling my best, and also as a super-affordable way to eat well.

Pasa: Many people who are new to vegetable-based cooking can find it daunting. They are familiar with traditional meat-based preparations and dishes but don’t know what to do with vegetables. Do you have any advice for them?

Volger: I think for those who are intimidated, the best way in is to start with the vegetarian or vegan things you know you do like. Maybe it’s pasta, or falafel, or sesame noodles. Whatever it is, start there. I think a lot of people set themselves up for failure when they create the expectation of overhauling their diet with drastic changes overnight. Success comes over time, with an evolution of discovery, and with finding the rhythms and routines that work for you. I also am always advocating that people take knife skills classes, because with vegetarian cooking there’s a lot of slicing and dicing, and it goes so much more swiftly when you’re comfortable working with a chef’s knife.

Pasa: Is there a fruit or vegetable you don’t like?

Volger: I’m not crazy about eggplant, but there are a few preparations I enjoy. But there are really only two foods I detest: bananas and raisins. I don’t love coconut but have been working on that with some success.

Pasa: How did you settle on the 11 ingredients that are the basis for the recipes in Start Simple?

Volger: Once I started paying attention, I realized they are the items that I always stock up on when I go to the grocery store — and also that other shoppers often buy, too. I wanted to help people simplify the task of shopping, to get out of the sometimes-daunting task of shopping for a meal plan or a recipe, and instead just learn to stock up on ingredients that they can easily get into the habit of cooking with. This, I hope, will help readers learn how to become improvisational cooks.

Pasa: In your introduction, you talk about “the whole life project” of being in the kitchen. Can you explain what you mean by that?

Volger: We have to feed ourselves every day — and as one who enjoys cooking and does the bulk of it for my household, I mean that I enjoy how over the weeks and months and years and decades, one can learn and grow as a cook without necessarily trying. From a quantitative angle, it’s a good chunk of one’s life!

Pasa: I noticed that, intentionally or not, you use words like strength, muscles, and flexibility when talking about cooking. Do you see similarities between cooking and exercise or fitness?

Volger: I had never noticed that! Perhaps it’s a subliminal thing. Exercise is definitely my therapy, and it absolutely nourishes me in a physical and mental way. The same can be said for a nourishing diet.

Pasa: Do you remember the first time you cobbled something together from odds and ends in the kitchen? Have any of those dishes become favorites or parts of your regular repertoire?

Volger: I don’t remember the first time, but this truly is how many of the recipes in Start Simple originated. Sometimes I’ll draft out a recipe and take it into the kitchen. But with this [book], I often went into the kitchen and whipped something up (sometimes I take notes as I go but not all the time). And then was like, “Oh, this is good! I need to go back and formalize this dish as a recipe.”

Pasa: A food writer friend of mine once said that most cooks are either recipe followers or recipe flouters. Which would you say you are?

Volger: I love to follow a recipe! A recipe writer makes so many little decisions — a lot of it is about how much detail to include, like “deglaze the pan with white wine,” or having precise instructions on how to deglaze, which can often be embedded with insightful little tricks and tips that give the recipe personality. I learn a lot by following a recipe closely.

Pasa: You write about substitutions that appear in the comments section of online recipes. What’s the craziest substitution you’ve seen?

Volger: Oh, I can’t remember ... I sort of love the spirit of the substitutions. They can go either way. “I loved this! I used zucchini instead of carrots and silken tofu instead of cream, and it was great!” or “This was terrible. I did X, Y, and Z differently and I’ll never make it again.”

Pasa: Tell us about your motivation to develop recipes that serve just one or two.

Volger: I’ve spent many years living alone, which was wonderful, and now I live with my partner, Vincent, which is also wonderful, and while I’d come to accept the cookbook convention of creating recipes for four — and I know how to make that work to my benefit — I slowly came to feel a little alienated by it. That’s not everybody’s life, a spouse and two kids and a dog and a picket fence! It felt nice, and true, to create recipes that speak to the solo and two-person-household life.

Pasa: In February 2018 you launched the popular hashtag #28daysofoatmeal and turned it into a fundraising effort for Housing Works. I love this idea of combining a love of food and cooking with supporting a cause you care about. Was it successful enough for you to consider doing it again?

Volger: Yes, I started that again this year, though I haven’t been able to keep up because it’s been such a busy month with my book coming out. Next year, I’ll be back on board — fully. I really encourage everybody to give this kind of challenge a try. Oatmeal is so familiar, and yet there are so many ways to take new spins on it.

Pasa: Similarly, in October 2019, you started #31daysofbeans. This is a little like asking a parent to declare which child they love best, but do you have a favorite bean? If so, what do you love about it?

Volger: I love the big beans — the Christmas limas and the Italian gigante beans — but as you suggest, yes, I do love all beans. But being so substantial, I think they just feel a little bit more like center-of-the-plate protein. Even though they’re no more filling and nutritious than other beans.

Volger: We created [Jarry] both to help legitimize the idea of “queer food” — that exploring food through an LGBTQ lens is a valid way of talking about food — but also to explore the history of queer tastemakers in food, since there are so many and they threaten to be forgotten. And I was also hungry to be part of a community like what we helped create with Jarry. And Eat Queer is a new project for us and it’s just as rewarding. It has helped connect us.

Pasa: I saved the most important question for last: Was it just serendipity that led you to discover that greens and peanut butter taste great together in a sandwich?

Volger: Well, once you get into the habit of keeping marinated greens around, you suddenly have nothing stopping you from adding greens to things! I’ve been surprised by the response to that sandwich. It really didn’t feel like much of a wild card when I came up with it. I was thinking about the savory side of peanuts in Southeast Asian foods and different African cuisines. But it caught folks off guard, I guess! ◀

I'm endlessly inspired by vegetarian cooking, and it's long been a way of eating that makes the most sense for me in terms of feeling my best, and also as a super-affordable way to eat well. — Food writer Lukas Volger