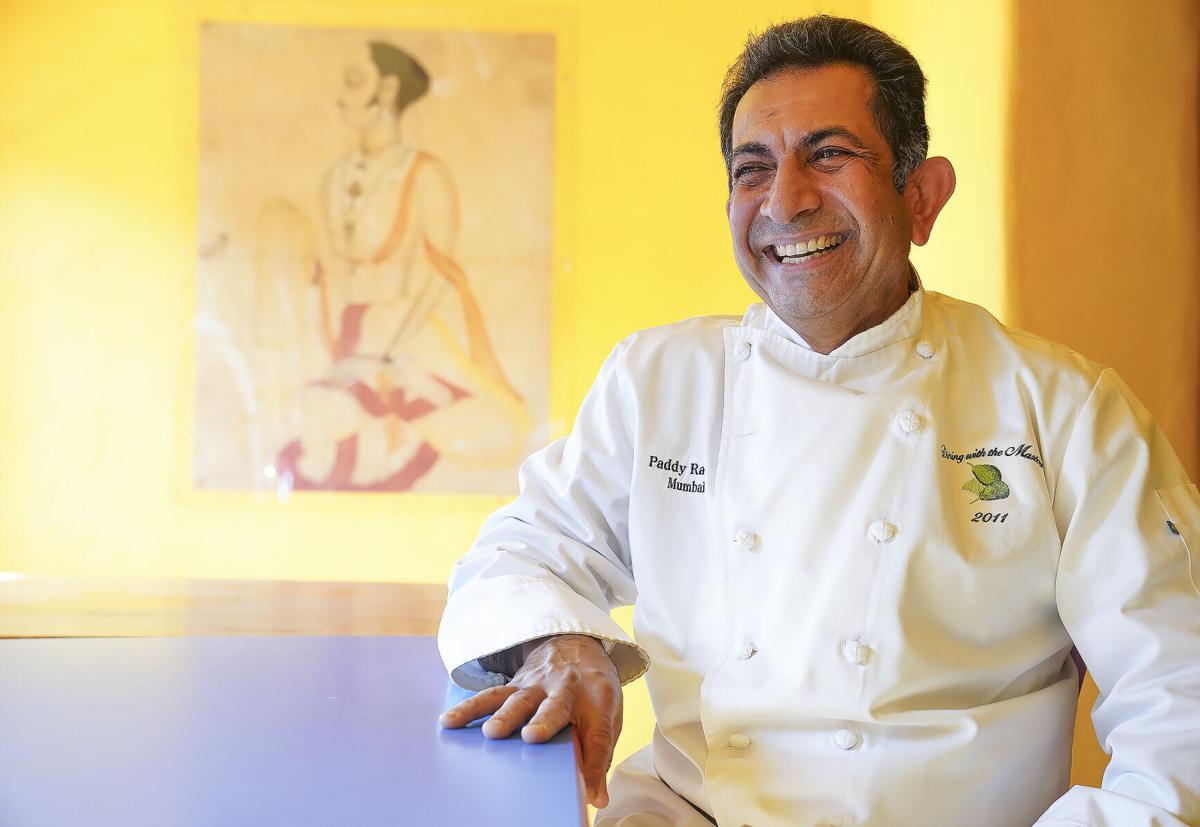 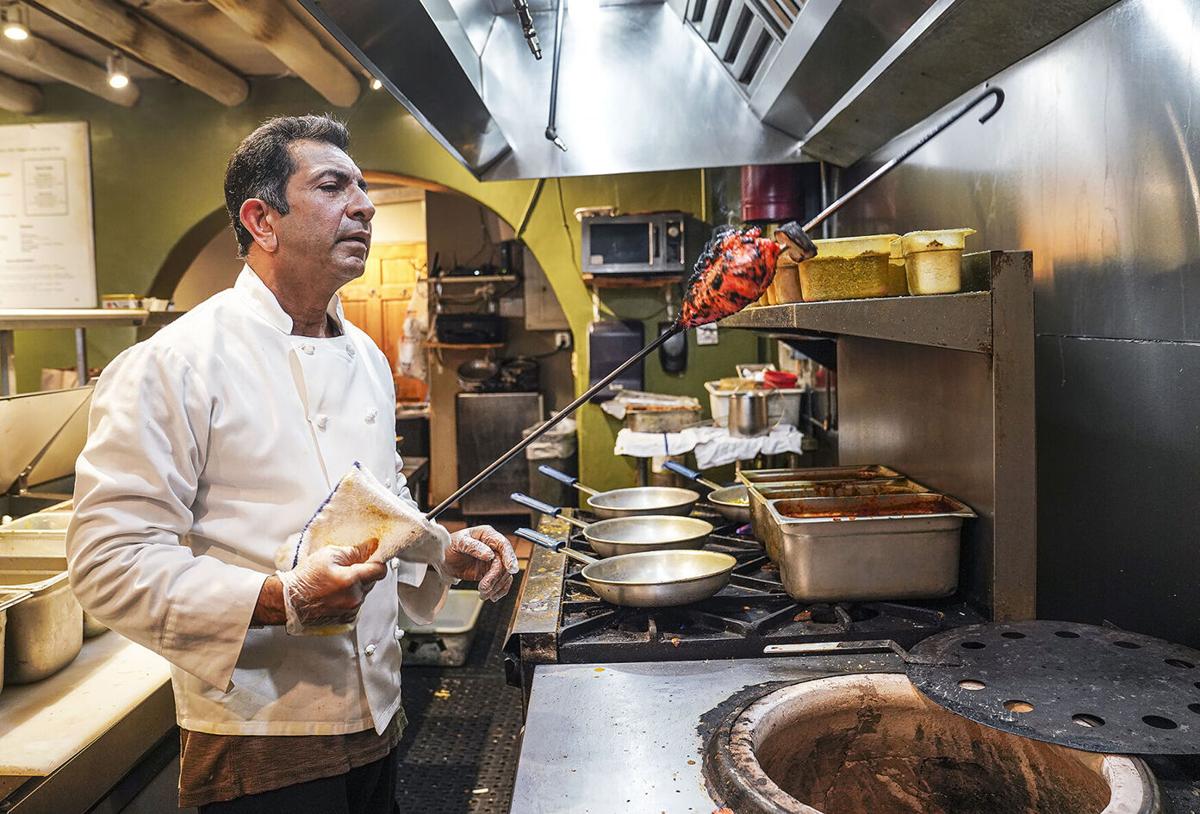 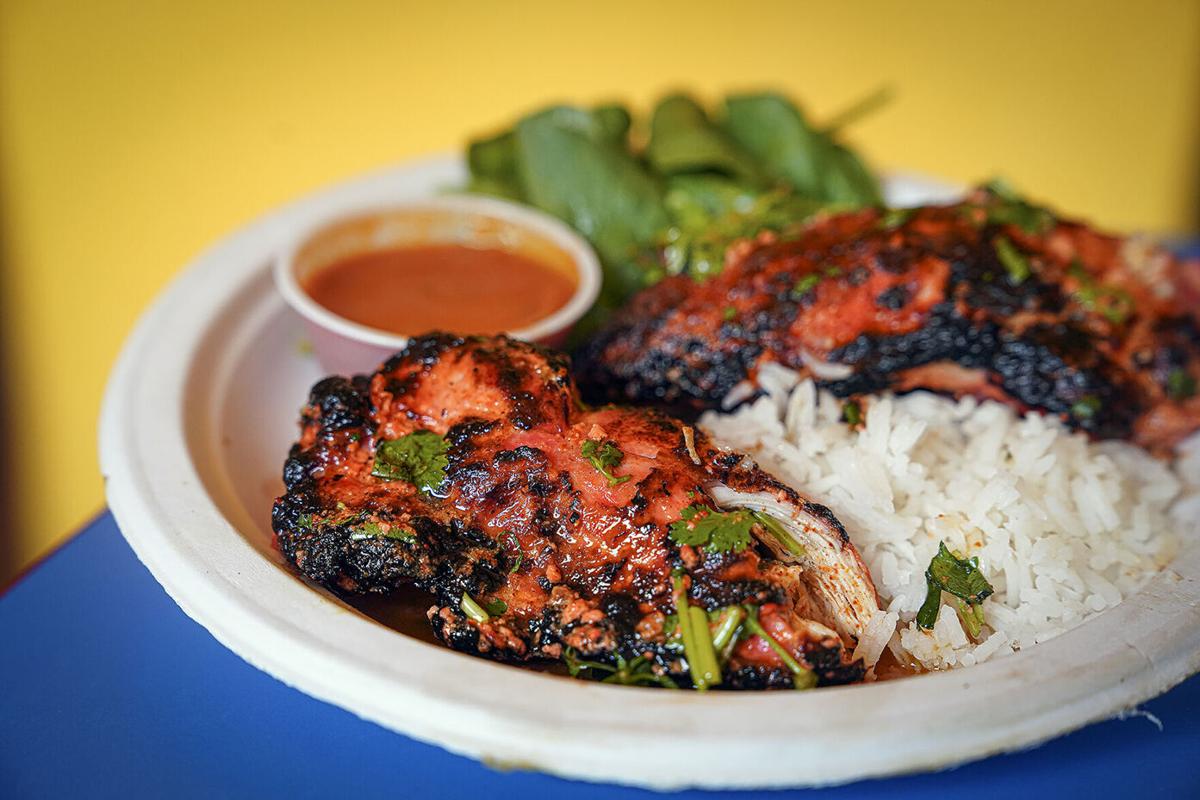 Well ahead on his chicken tikka masala, Paddy Rawal wandered from his side of the Beat Bobby Flay set to Bobby Flay’s side. The eponymous gourmand and television personality was a little surprised to see his competitor in his territory with the clock rapidly counting down the time. Rawal, though, is something of a busy body and didn’t appear at all concerned with wasting a few minutes in his contest against Flay. Rawal even offered to give Flay a hand.

Turns out, Rawal was right to be at ease. He ended up beating Flay handily. If you need proof, there’s a framed certificate from the New Mexico House of Representatives hanging by the entry to Rawal’s restaurant, Raaga-Go (410 Old Santa Fe Trail, Unit A, 505-983-555, raagatogo.com), just feet from the Roundhouse on Old Santa Trail.

It’s a heady time to catch up with Rawal, 57, who is about to celebrate his second anniversary at Raaga-Go and his 10th year in Santa Fe. Rawal is also launching two expansions this fall: prepackaged sauces and franchises of Raaga-Go.

Raaga-Go is Rawal’s second restaurant to open in Santa Fe. The first, Raaga, served Indian food in a formal atmosphere off Agua Fría Street, behind SanBusCo Market Center. The restaurant enjoyed good reviews and a solid reputation, but Rawal closed it in 2016. Now, Raaga-Go serves Rawal’s style of Indian food to go, with no dine-in options, currently. The new restaurant has proven to be a better fit for Rawal.

Rawal shut Raaga down just weeks after his doctor said the stress and hours were taking a toll on Rawal’s health. Afterward, Rawal kept himself busy working in real estate alongside his wife and volunteering at charitable causes around Santa Fe, but food was never far from his thoughts. “I used to bump into lots of people in the community,” Rawal says, “and the first thing I’d hear from them is: ‘Oh Paddy, we miss your food. Can you open something? Can you do something?’ ”

Rawal could do something. In his lifetime, he’d done many things.

Born in Mumbai, India, in 1963 (his father later changed the year on his birth certificate to 1962 so that Rawal could sit for an entrance exam), Rawal grew up the son of a Naval commander. The Indian Navy provided almost everything to Rawal’s father, mother, and four siblings. “When we were growing up we had never had to worry about our next meal,” Rawal says. They had a large home, a car, and access to anything they wanted at the Navy’s commissary.

Some of the food that Rawal remembers most, though, came from his mother’s garden. Rawal was raised vegetarian on the traditional foods that his mother made. Those early meals remain an influence on his cooking.

“Every parent in India tells their children to become a doctor or become an engineer,” Rawal says. His father, in fact, laid out the options: “‘Concentrate on physics, chemistry, math, biology.” Instead, Rawal pursued accounting and then went to culinary school.

Out of culinary school, Rawal went to work as a chef at major hotels in Mumbai, including the Ritz-Carlton and the InterContinental. Then, in 1989, Rawal moved into food management and worked for Compass Group. Within a few years, he was responsible for 47,000 meals a day served to offshore oil rig workers near India. “I had to make a menu for eight weeks for every installation and make sure the same dish was not repeated,” Rawal says. The workers came from all over the globe, so Rawal learned how to satiate different kinds of palates.

The pressure of supervising a region, though, weighed on Rawal’s marriage. In 2001, he decided to leave all his money to his young son and ex-wife and pursue his dream of relocating to the United States, a place he says is the land of opportunity. So, he moved to Detroit.

Friends in India told Rawal that Detroit was the place to go. After all, the city was home to the American automobile. Rawal trusted the dream so much that he arrived with only $100 in his pockets. It wasn’t enough for a hotel, and he had to call his sister in Toronto to borrow a few bucks.

He used the money to stay in Detroit long enough to snag a job at Ford’s Dearborn Assembly Plant where they manufactured the Mustang. He moved on from Ford to managing several franchises of Dunkin’ Donuts. Later, he joined Darden Concepts Inc. and was part of the team that launched the Seasons 52 chain of restaurants.

In 2005, Rawal launched his own restaurant in East Lansing, Michigan. The restaurant made a splash but was drowned by the Great Recession. “It really crashed. I lost my house, my condo, my two businesses,” Rawal says. Fortunately, some old friends had a new idea. They invited him to New Mexico.

“I landed in Albuquerque, got off the flight, and it was frigid. I was thinking, man, I hope I didn’t get on the wrong flight,” Rawal says. It was December, but Rawal was expecting desert weather and wore shorts. Worse yet, he couldn’t find a hotel room in Santa Fe. He did find a vacant restaurant space next to the SanBusCo Center.

Rawal liked the place but went home to Michigan, only to return a few months later. “In nine days, I started that restaurant,” Rawal says of Raaga. He leased the property, trained the staff, obtained the permits, and then opened the doors in April 2011.

“I do what I call progressive, eclectic-style food. Not the standard crap,” Rawal says. “Standard crap is simple beans, lentils, and chicken. Everything is onion-based sauce.” Rawal mixes in local ingredients and spices to put his mark on Indian food. The formula worked at Ragga and has kept Raaga-Go in motion for almost two years.

Raaga-Go has worked well enough that Rawal is searching for franchisees, and he is about to launch a line of direct-to-consumer sauces. Even with these expansions, Rawal still plans to do most of the cooking. The sauces will be premade and ready to pair with proteins and sold online. Rawal isn’t too worried about making hundreds of extra meals so that new franchises can simply heat and serve them. “I’m used to doing 47,000 meals,” he says. A few more won’t bother him. ◀