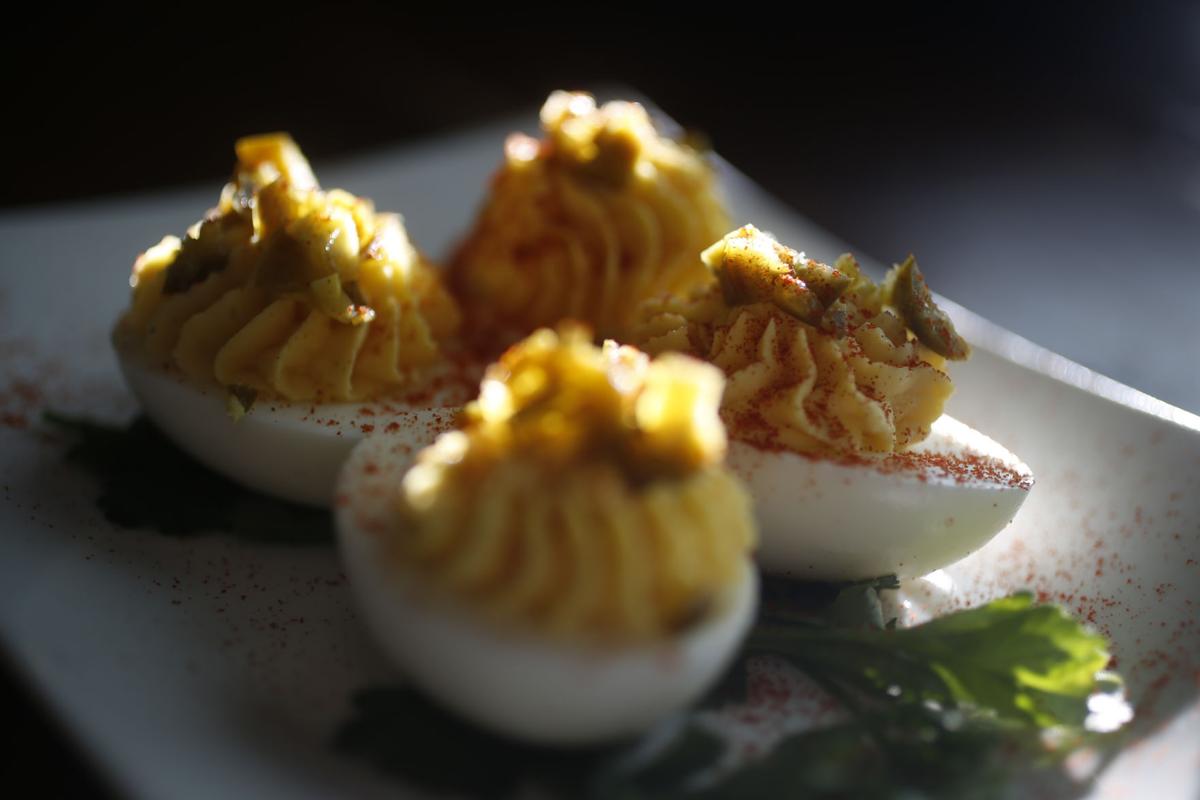 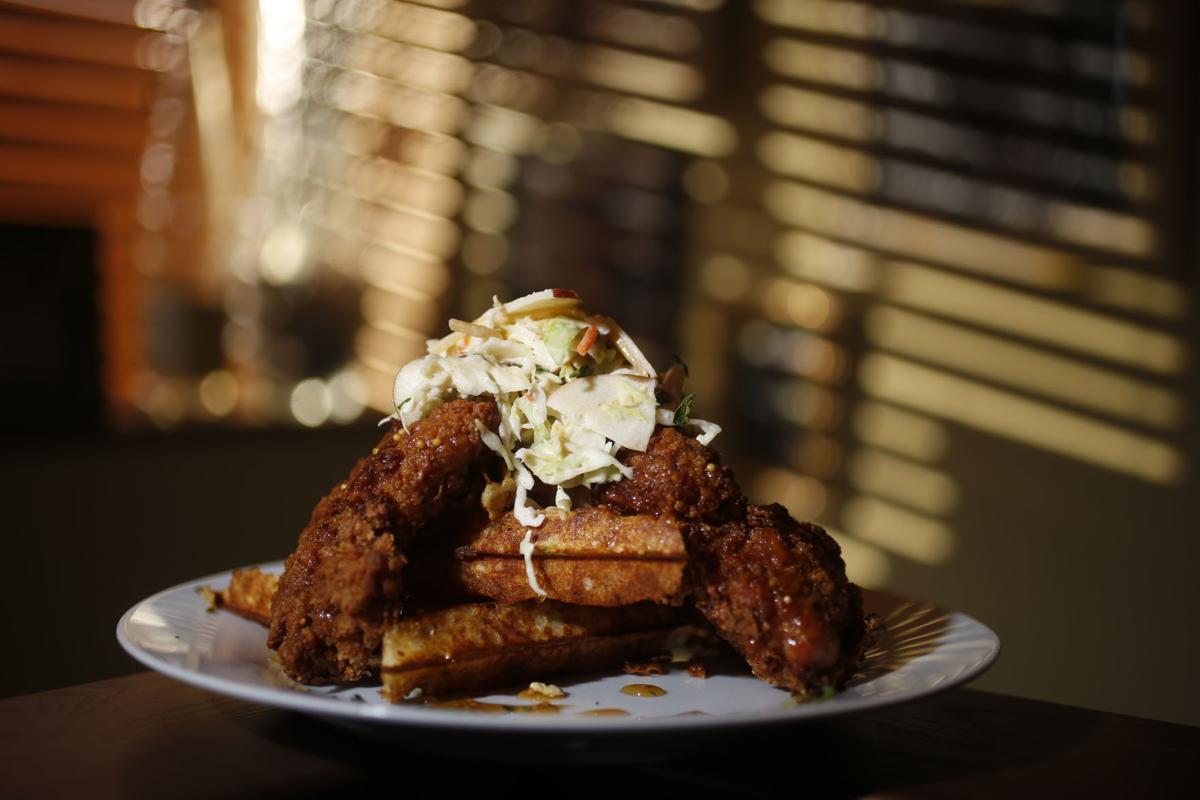 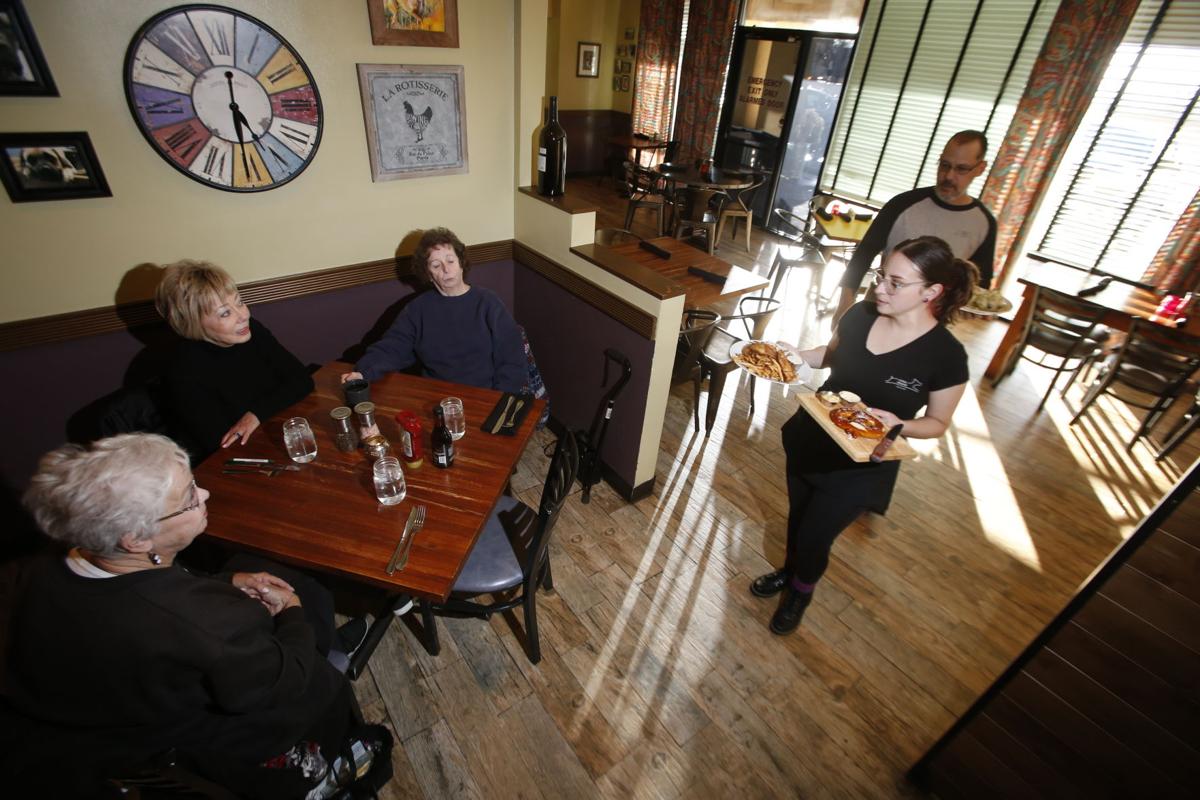 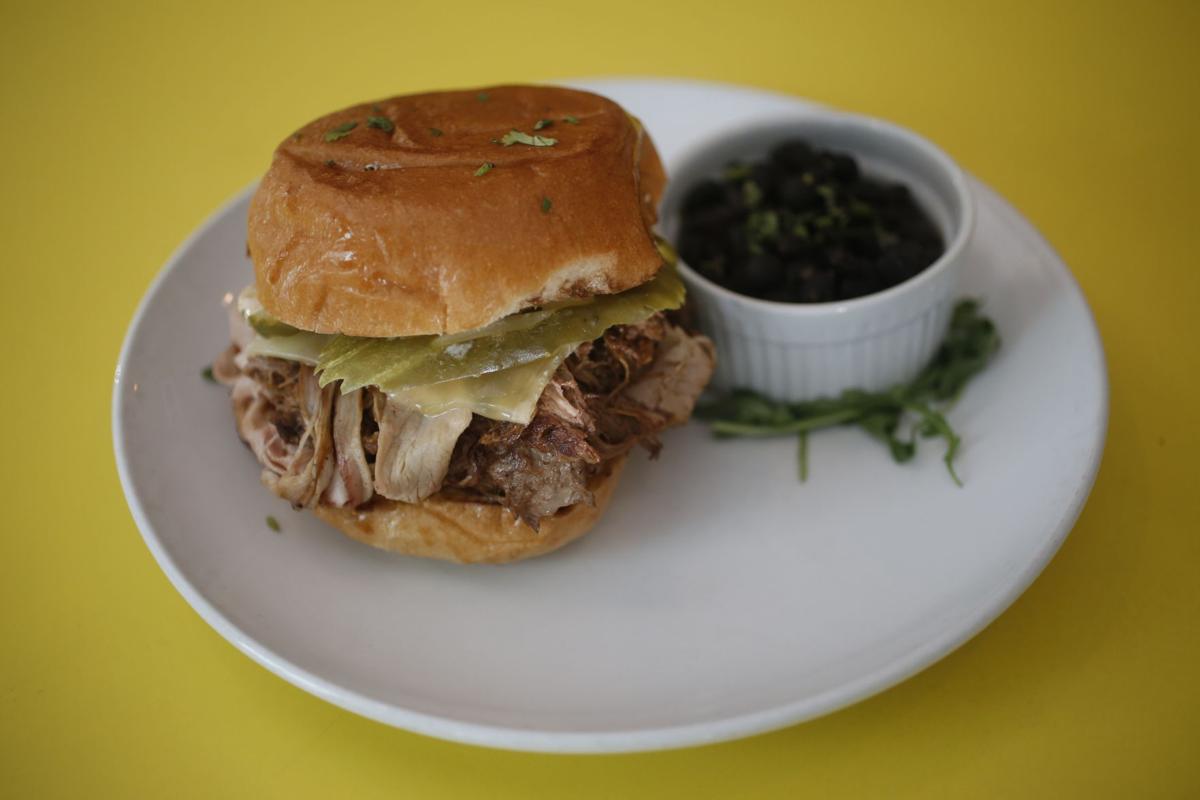 When Loyal Hound Pub changed hands a few months ago, regulars feared changes to the menu created by founders David Readyhough and Renée Fox. They need not have worried: Los Alamos native Patrick Mockler-Wood, who now owns the restaurant with his wife and mother, has made no change to the bill of fare or the brewpub’s commitment to high-quality, locally sourced ingredients.

The deviled eggs ($5 for four halves), which have been on the menu since the pub opened, are as smooth and velvety as ever. Rich with house-made mayo and just the right amount of salt and topped with diced, pickled jalapeño, they do a little dance in your mouth, setting you up for the dishes that follow. Although a recent order lacked the advertised dusting of smoked paprika, we did not miss it at all. The organic mixed greens, beets, and blue cheese salad ($12, half salad option $7) was equally satisfying and showed the same sure hand at balancing sweet, sour, salty, and bitter flavors. The aroma of the balsamic vinaigrette reached us before the salad — which was large enough for two — was placed on the table. The sweet roasted beets; tangy red, yellow, and green grape tomatoes; and funky blue cheese crumbles topping very fresh mixed greens were appealing on their own, the addition of buttery marcona almonds making it all the more interesting.

The small white beans in the chicken and white bean green chile stew ($6 cup/$9 bowl) may be more at home in Tuscany, but fused with Hatch green chile and Southwestern spices like coriander, cumin, and cilantro, they make a seamless transition to Northern New Mexico. The beans are creamy and evenly cooked (no small feat at Santa Fe’s altitude), the chicken breast in chunks rather than shreds. Topped with a dollop of sour cream and a handful of melting white Oaxaca cheese, it’s deeply savory and warming, and can serve as either a starter or main course. A side of very thin house-made tortilla chips ($1) was the perfect complement.

Fried chicken has been a staple on American restaurant menus since at least the 1940s. Waffles have an even older pedigree, coming to the New World with the Pilgrims. While the stories vary, most observers agree the pair met and married at a soul-food restaurant in Harlem in the late 1930s. Loyal Hound’s interpretation of the dynamic duo ($15) brings both tradition and innovation to the plate. The crisp, light buttermilk-chive waffles are more savory than sweet. The boneless chicken thighs have been brined, grilled, coated, and flash-fried, then flash-fried a second time when ordered. The batter that coats the chicken is exemplary, a mix of all-purpose and rice flours, mustard seeds, and other secret ingredients we could not pry out of our server — and it maintains its crisp, salty crunch even when taken home and eaten cold the next day. The slaw of green apples, green chile, and red and white cabbage that tops the stack cuts through the richness of the fried chicken and the sweetness of the maple syrup flooding the plate. (A little less syrup, or syrup on the side, is the only possible improvement to this dish that comes to mind.) The combination is totally addictive.

Also out of the fryer, the fish and chips ($15) — reputed to be the most popular dish on the menu — combines beer-battered rockfish with a stack of hand-cut fries, homemade tartar sauce, and more of that crisp apple-green chile slaw. The fish was very fresh and perfectly cooked, moist and flaky throughout, and totally deserving of its standing.

Another favorite of regulars, Bert’s Burger ($15) features hormone- and antibiotic-free New Mexican grass-fed beef that has been dry-aged for 17 days to enhance its flavor and texture. Topped with Hatch green chile and just enough Tucumcari cheddar cheese, the whole tucked into a soft brioche bun, it is arguably one the best burgers in town. If your New Year’s resolutions include eating less meat, an occasional patty of this responsibly sourced local beef can satisfy both your taste buds and your desire to walk more lightly on the planet. The Loyal Hound Cubano ($15) layers thinly sliced house-smoked ham and citrus-braised shredded pork butt on that same brioche bun. The creamy Gruyère cheese adds a nutty note to the combination, the pickles bring welcome crunch, and the crisp edges of the roasted pork boost the overall smokiness — a delicious take on a classic sandwich.

Although our visits focused more on the food than on the libations, Loyal Hound is a pub at heart and, as such, offers a carefully curated, food-friendly selection of craft beers on tap and in bottles and cans. Hard ciders (most from Washington state) appear on the menu, as does a hard root beer from Louisiana. Seven temperature-controlled wines on tap are sold by the glass, joined by a few wine-based cocktails and more than a dozen wines sold by the bottle ($24 to $69) to round out the alcohol choices. Loyal Hound does not have a full bar at this time.

Loyal Hound easily fulfills the requirements of a gastropub — a public house (or bar) that specializes in serving high-quality comfort foods elevated by carefully sourced ingredients and, in New Mexico, a goodly dose of Hatch green chile. But, while it has attracted its share of appreciative diners, the restaurant is still below the radar of many locals — a consequence, perhaps, of its low-visibility location at the back end of a shopping center that once housed the appropriately named Hidden Chicken.

“I love this place,” our waiter said one night as he delivered our check. “Please tell people about us.”

You got it, Ronnie. Word of mouth is powerful

in Santa Fe, and the word on Loyal Hound Pub is very good.

where is it located?

The Loyal Hound is an excellent Pub with wonderful, tasty food. We moved to Santa Fe in 2017 and have eaten at the Hound at least a dozen times. People who haven't gone should definitely try it: they will return to the Hound if they do.