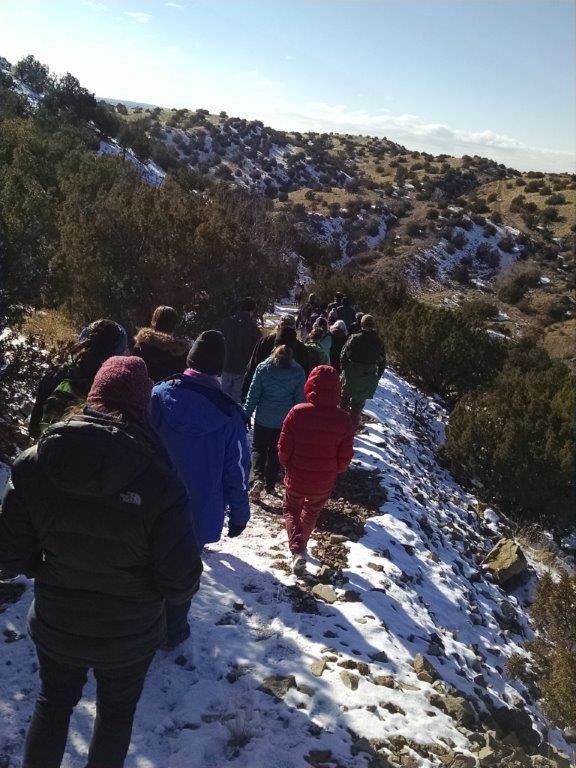 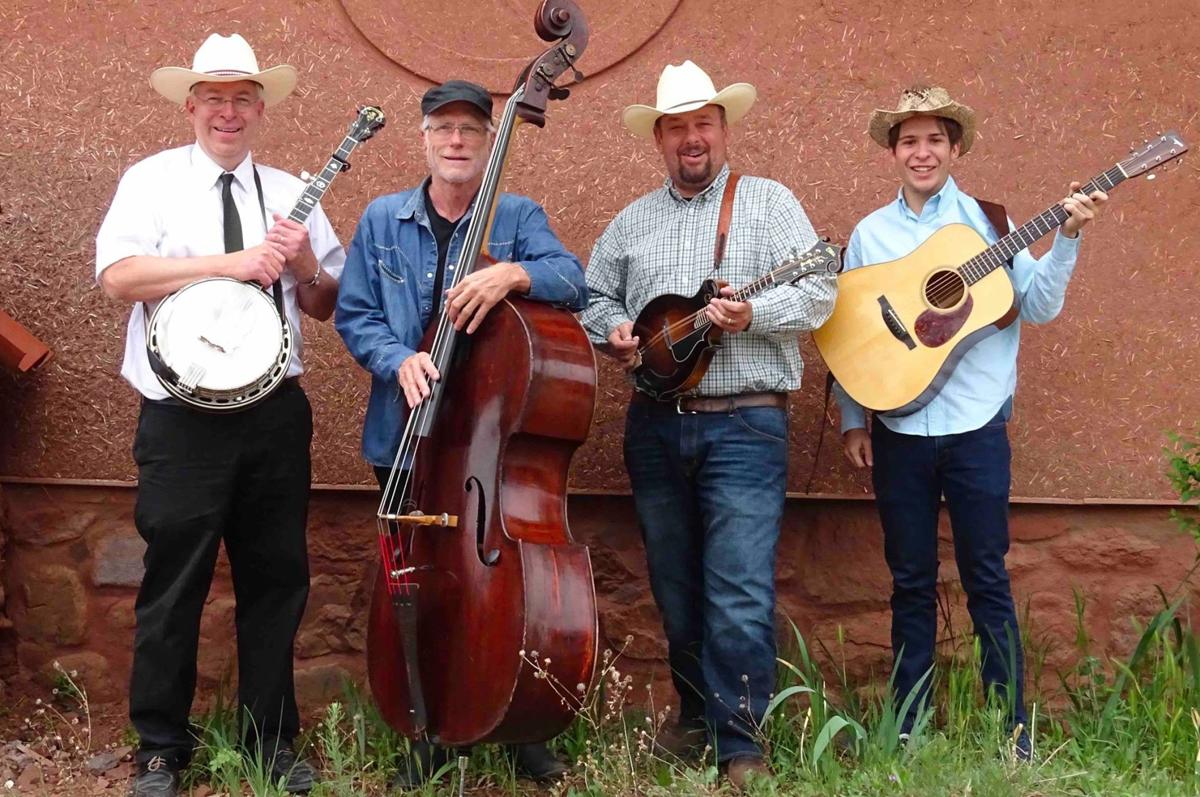 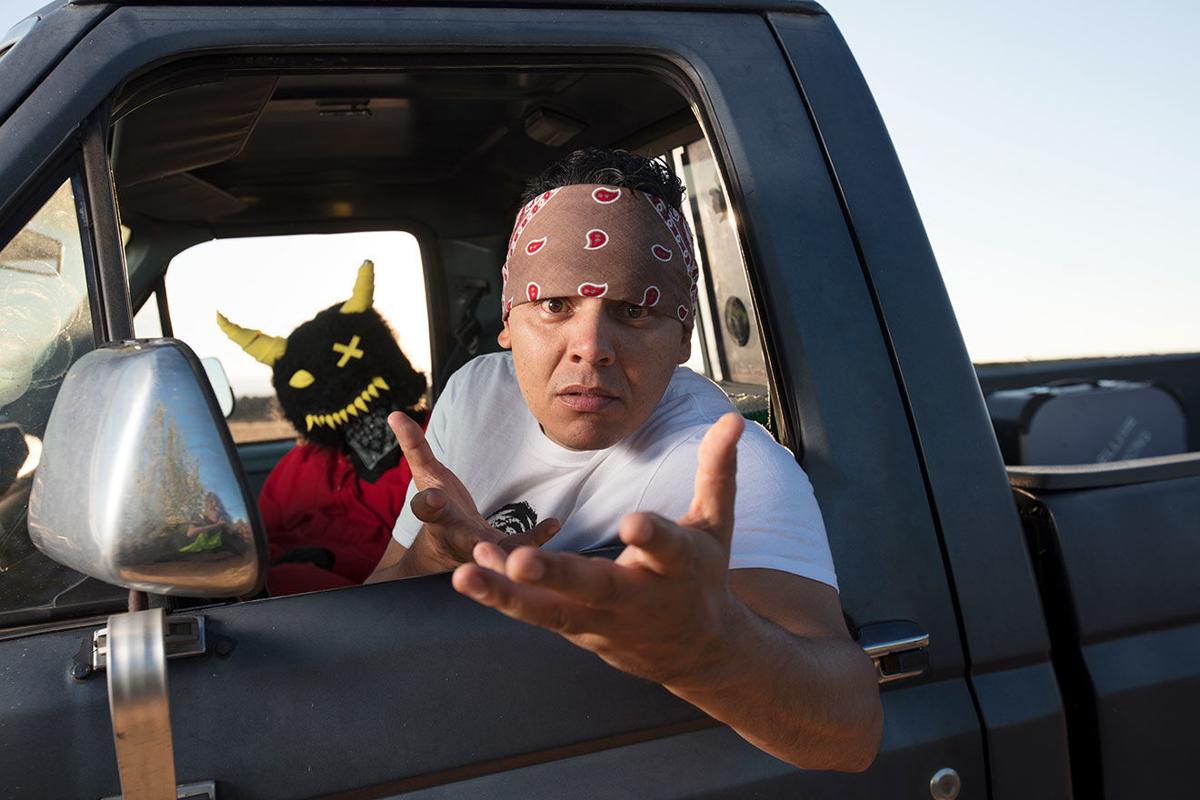 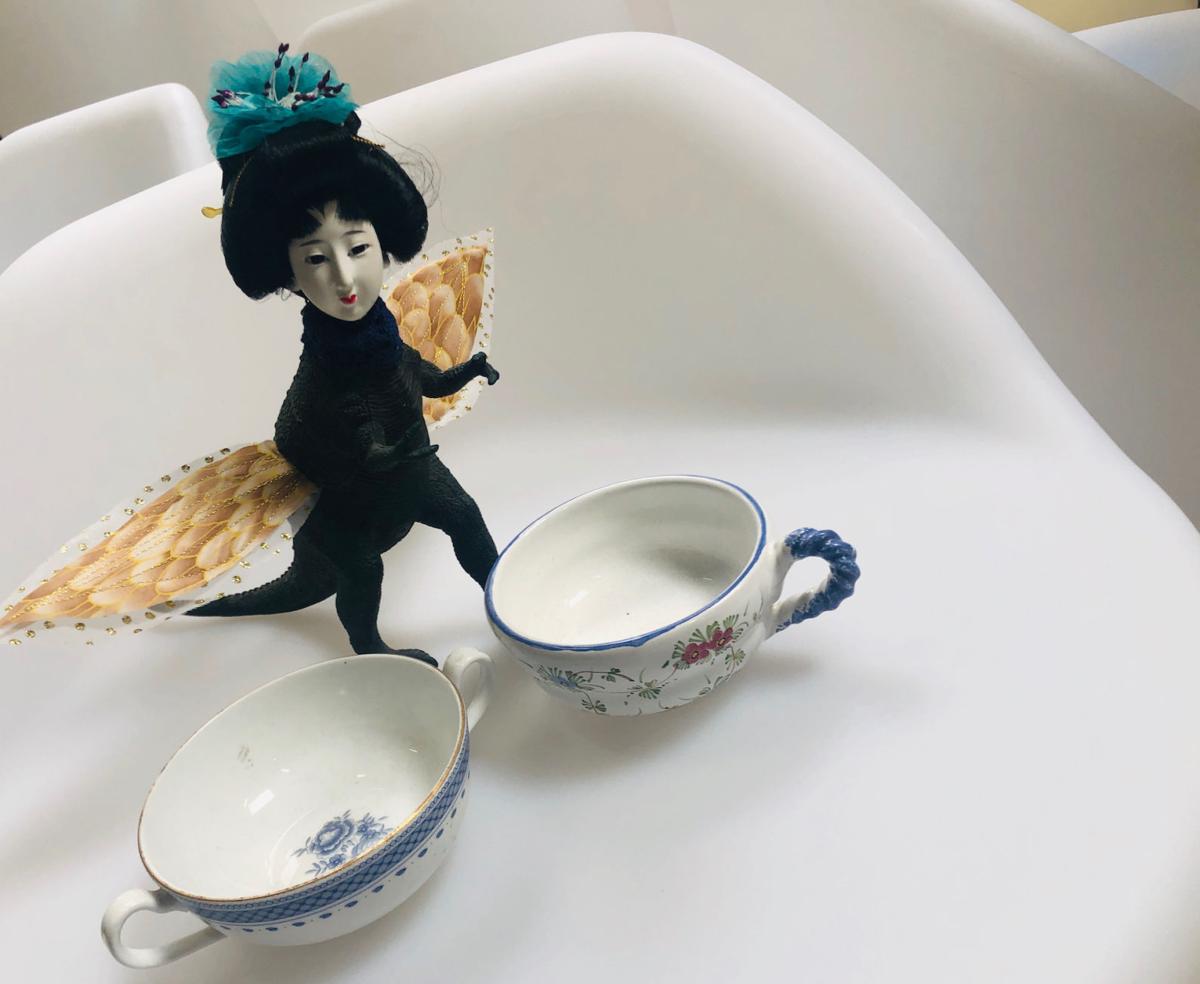 When your throat is raspy from caroling, you’re burned out on holiday parties, and you’ve imbibed far too much eggnog for one year, perhaps it’s time to take a break from all the holiday hoopla. But that doesn’t mean being cooped up in your home — which, we admit, can be a treat on snowy December days. Plenty of non-holiday-themed options exist — from live shows to hikes — that can keep you busy into the new year. Here are some ideas.

WALKIN’ IN A WINTER WONDERLAND

The variations of hibernation are nothing short of miraculous. Wood frogs’ hearts stop beating and the majority of their blood turns to ice. Queen bees fly into holes in the ground or tree stumps. Hummingbirds often hang upside-down like bats, and snails simply slide into their shells and sometimes sleep for years. Cerrillos Hills State Park has organized a guided Hibernation Hike at 11 a.m. Sunday, Dec. 22, which will give visitors an education on how animals conserve energy during the winter, while exposing participants to the natural beauty of the land. Hikers should meet in the main parking lot on County Road 59. Cost is $5 per vehicle (exact change or check needed); cerrilloshills.org/events/hibernation-hike-2.

First Day Hikes, which are offered in various New Mexico state parks, are another option for those looking to kick off 2020 with a healthy habit. These guided hikes — all of them on Jan. 1 — vary in length and difficulty, some being kid- and stroller-friendly. Options near Santa Fe include a 10 a.m. hike at the Waterfall Trail at Hyde Memorial State Park and a 1 p.m. hike at Cerrillos Hills State Park. Farther out, hikes are planned for 10 a.m. on the River Trail at Navajo Lake State Park, Navajo Dam; 9 a.m. at Cootes Hill Loop at Pancho Villa State Park, in Columbus; 11 a.m. at Sugarite Canyon State Park, in Raton; 10 a.m. at Leasburg Dam State Park’s Mogollon Trail, in Radium Springs; and 10 a.m. at Elephant Butte Dam, in Elephant Butte, where the dam is open to pedestrian traffic only one day a year. Polar Bear Plunge events are planned at Storrie Lake State Park, Sugarite Canyon State Park, and Eagle Nest Lake State Park (depending on lake conditions). First Day Hikes are free; 505-476-3355, or visit the events calendar at nmparks.com. — Lauren LaRocca

WARM UP WITH SOME BLUEGRASS AND CRAFT BEER

Santa Fe’s Kitty Jo Creek Band will bring its rollicking, foot-stompin’ bluegrass jams and yips — and perhaps their rendition of “Spanish Grass” — to the snowy Sangre de Cristo Mountains this weekend as part of Ski Santa Fe’s Winter Music Series. The ski resort hosts free, outdoor shows every Saturday throughout the season at its Totemoff’s Bar, which offers cocktails and craft beer to warm up guests, as well as food options. New this season and worth checking out, Ski Santa Fe converted a tram car into an outdoor bar area, appropriately named the Tram Car Bar. Kitty Jo Creek Band is James Horn on five-string banjo, David Thom on mandolin, Ross Scroggins on guitar, and Patty Gilman on acoustic bass. The show runs from 11 a.m. to 3 p.m. Saturday, Dec. 21, at Totemoff’s at Ski Santa Fe, 1477 N.M. 475. Admission is free; 505-982-4429, info@skisantafe.com, skisantafe.com. — L.L.

Meow Wolf’s “psychedelic mariachi” multi-instrumentalist Carlos Medina, who released his debut album this year, will perform with his trio and serve as host of the Carlos Medina Comedy Show at Jean Cocteau Cinema, where Medina is an artist-in-residence. Medina, aka Graviel de la Plaga “El 505,” is bringing headliner Ashley Baca, along with special guests Sarah Kennedy, Dawn Elizabeth Schary, and Cat Savage to the stage for an evening of comedy and live music. Baca is an actor, comedian, and screenwriter based in Los Angeles. The show starts at 8 p.m. Thursday, Dec. 26, at Jean Cocteau Cinema (aka the “Juan” Cocteau Cinema for the night), 418 Montezuma Avenue. Tickets are $10; 505-466-5528, jeancocteaucinema.com. — L.L.

FUNK FOR YOUR FUNK

Bruno Mars garnered his first five number-one singles on the Billboard Hot 100 chart faster than any male artist since Elvis Presley. Impressive — but the connection between the men is deeper than numbers. They share honey-toned voices, pelvis-thrusting dance moves, and irresistible showmanship. When Mars was just a little kid, performing in a family band in Hawaii, he actually became known for his impersonations of the king of rock ’n’ roll. Since bursting onto the Los Angeles music scene in the 2000s, Mars — whose given name is Peter Gene Hernandez — has attracted a plethora of accolades, including 11 Grammy Awards and 10 Soul Train Awards. His seemingly never-ending string of hits includes “When I Was Your Man,” “24K Magic,” “Just the Way You Are,” and “The Lazy Song.” In 2014, he sat in on vocals for British musician Mark Ronson’s single, “Uptown Funk,” which became a massive worldwide hit. Uptown Funk: The Ultimate Tribute to Bruno Mars has been recreating Mars’ chart-topping hits and signature choreography — complete with a Mars impersonator — since 2017, billing itself as the definition of pop culture. Uptown Funk begins at 8 p.m. on Saturday, Dec. 21, at Buffalo Thunder Showroom (20 Buffalo Thunder Trail). Tickets are $25; 505-455-5555, hiltonbuffalothunder.com/entertainment. — Jennifer Levin

ALL DOLLED UP WITH NO PLACE TO GO?

Discover the meal between lunch and dinner in the infinite realm of being that is the multiverse, when Meow Wolf serves up high tea with Morphodonia from its gift shop. What is Morphodonia? Well, just as no child-friendly tea gathering is complete without an assortment of dolls in attendance, no high tea in the multiverse is complete without the fantastical hybrid creations of artist Sarah Coleman-Craig. Geisha-headed T. rexes with angel wings and baby dolls with brontosaurus bodies are all a part of her cornucopia of chimerical fantasy dolls. Marvel at their ingenuity and take in some hot tea to warm yourself on a chilly winter afternoon while nibbling on small bites catered by Meow Wolf’s Float Café. Tea is served at 2 p.m. on Sunday, Dec. 22, in Meow Wolf’s Learning Center (1352 Rufina Circle, 505-395-6369). Tickets for the tea party are $25 (admits two) or up it to $45 (available at santafe.meowwolf .com or at the door) and also spend all day exploring the ongoing exhibit House of Eternal Return. This is an all-ages event. — Michael Abatemarco