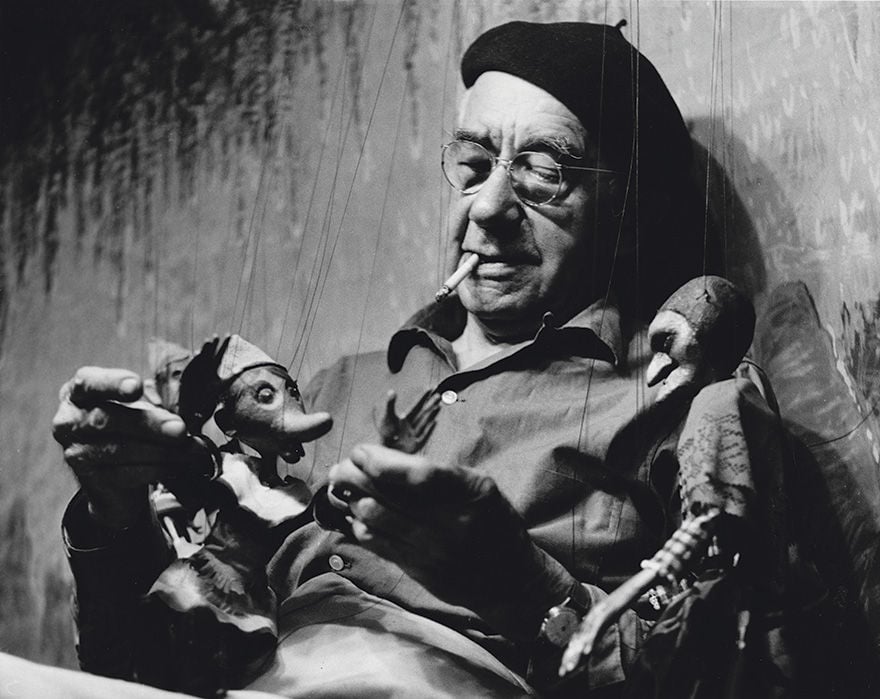 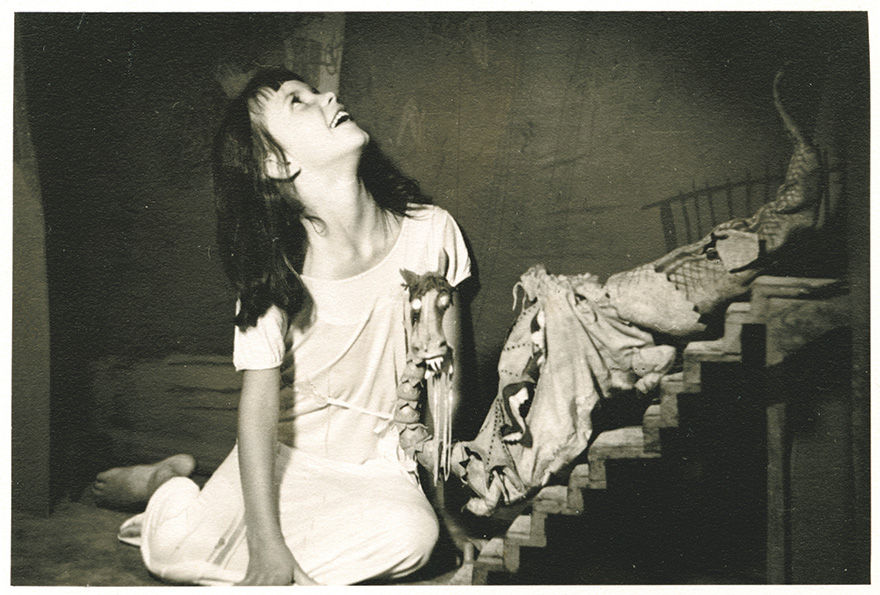 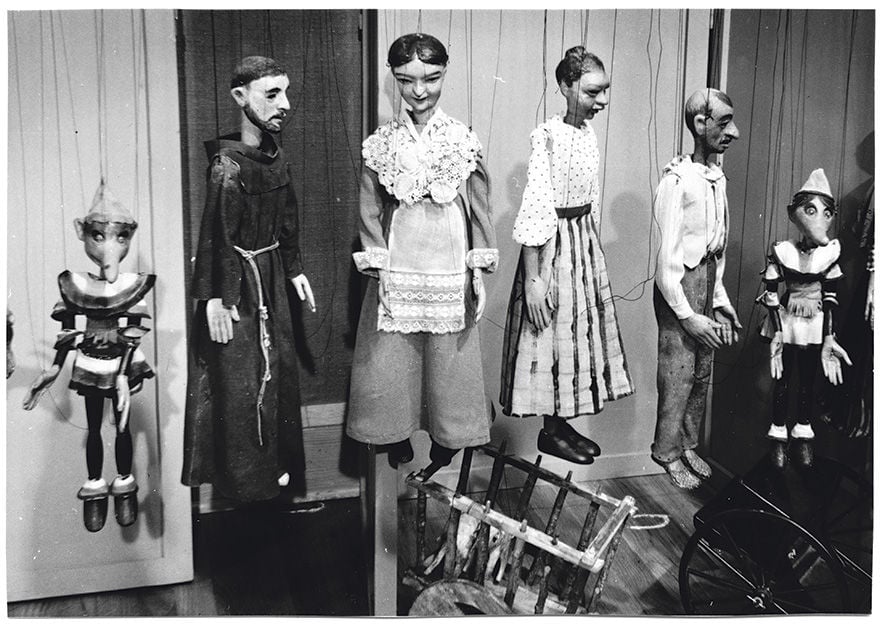 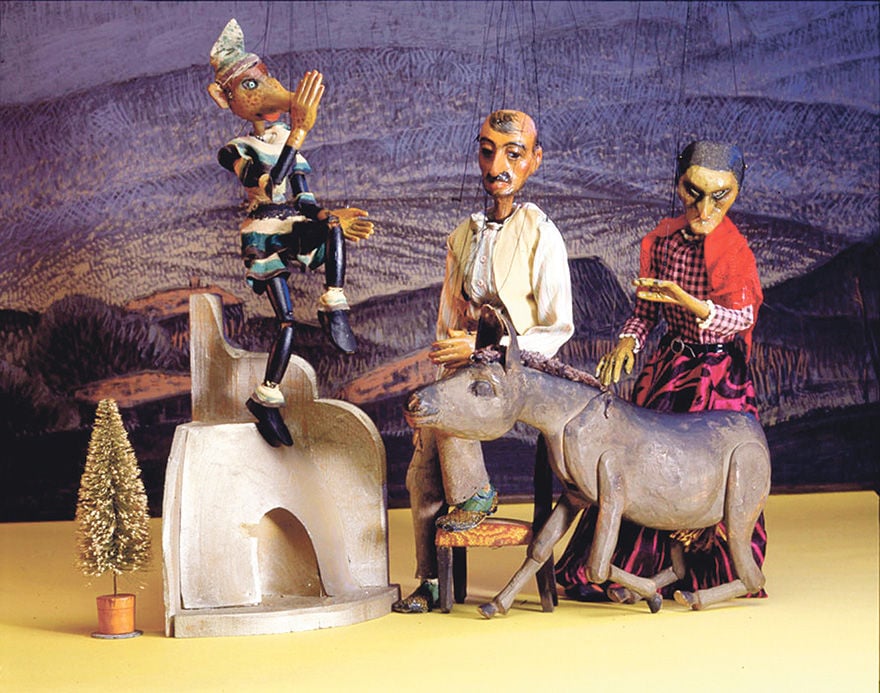 Marionettes Freckles, Juan, Doña Mala, and Miguelito the burro (made by Gustave Baumann)

Marionettes Freckles, Juan, Doña Mala, and Miguelito the burro (made by Gustave Baumann)

For most of the year, Freckles the marionette lives on a shelf in the basement of the New Mexico Museum of Art, safely tucked away inside a white box and cushioned by soft cotton batting. But once a year, Freckles — a duende, similar to a goblin or a sprite — and his companions, replicas of marionettes designed and carved by artist Gustave Baumann in the 1930s, gets to emerge from storage for a puppet show, part of the museum’s annual holiday open house.

Best-known for his work as a printmaker, Baumann arrived in Santa Fe in 1918 and lived here until his death in 1971. He loved marionettes and even devoted half of the living room in his house on Camino de las Animas to a huge stage, where he and his wife, Jane, performed elaborate puppet shows for their daughter, Ann, and scores of friends and relatives. In addition to housing the largest collection of Baumann’s prints, the museum also owns what survives of the artist’s marionettes, sets, stage, and props. While the museum has more than 100 puppets, none are used in the puppet shows because of their fragility. The six replica puppets used in performances were made in the 1990s by Taos artisans Muriah Love and Cristina Masoliver Blais, with painstaking attention to detail, as seen in Freckles’ wide coral lips, long, dusky eyelashes, and open-palmed wooden hands.

“The open house is a very local event,” said Martha Landry, events manager at the museum. “We see the same families year after year.” In addition to the puppet show, which runs at 1 and 2:30 p.m., the museum hosts an arts and crafts activity (this year, it’s make your own stick puppet); a scavenger hunt through the galleries to find a picture of Freckles; a twist on the classic Santa visit at 1:30 and 3 p.m., with a replica of Baumann’s Santa Claus marionette that sits on your lap (bring your own camera or phone for pictures); light refreshments; and holiday music performed by the all-female group Barbershop Sounds. Open house visitors are encouraged to bring a nonperishable food item for the Food Depot.

The play, which Landry described as “really more of a skit,” is called A Party for Papa Gus and takes place at a farm in Northern New Mexico, where a couple, Juan and Rosina, along with their faithful burro, Miguelito, are preparing a party for their Papa Gus — Baumann himself. Arrangements are proceeding smoothly, until Warts (twin brother of Freckles, also a duende) mistakenly believes he’s not invited and responds with mischief and mayhem. Eventually, with help from Santo Niño (a manifestation of the Christ child), Warts sees the error of his ways and reconciles.

A Party for Papa Gus is based on a scenario written by puppeteer and all-around theater aficionado Joy Ginther, who penned it after studying Baumann’s notes and partial puppet-show scripts, none of which survive in their entirety. Much of the action is improvisational: Each marionette is worked by a professional actor, usually one with marionette or children’s-theater experience. While they know where the story’s going and follow a prescribed sequence of events, the performance is different each time because there isn’t scripted dialogue. “[Baumann] kept lots of notes and little jottings,” Ginther said. “I got the impression that many of the marionettes were caricatures of real people he knew and that the shows contained a lot of in-humor and in-jokes.”

During the performance, the puppeteers are visible to the audience, so viewers can see how they maneuver the marionettes. Afterward, the puppeteers — in character, or as themselves — take questions from the audience. “Little kids ask things like ‘What does Warts eat?’ ” Landry said, “while older kids are more interested in how long it took the puppeteer to learn how to use a marionette.”

Though the show caters to children, the young at heart get a kick out of the festivities, too. “I’ve always felt that puppets are more fascinating to adults than to children,” Ginther said. “In this country, puppets are usually presented to young audiences, but really young children are not surprised at things like talking animals. Adults know they aren’t real, yet they’re able to somehow relate to them as real. It’s a magical experience.” ◀