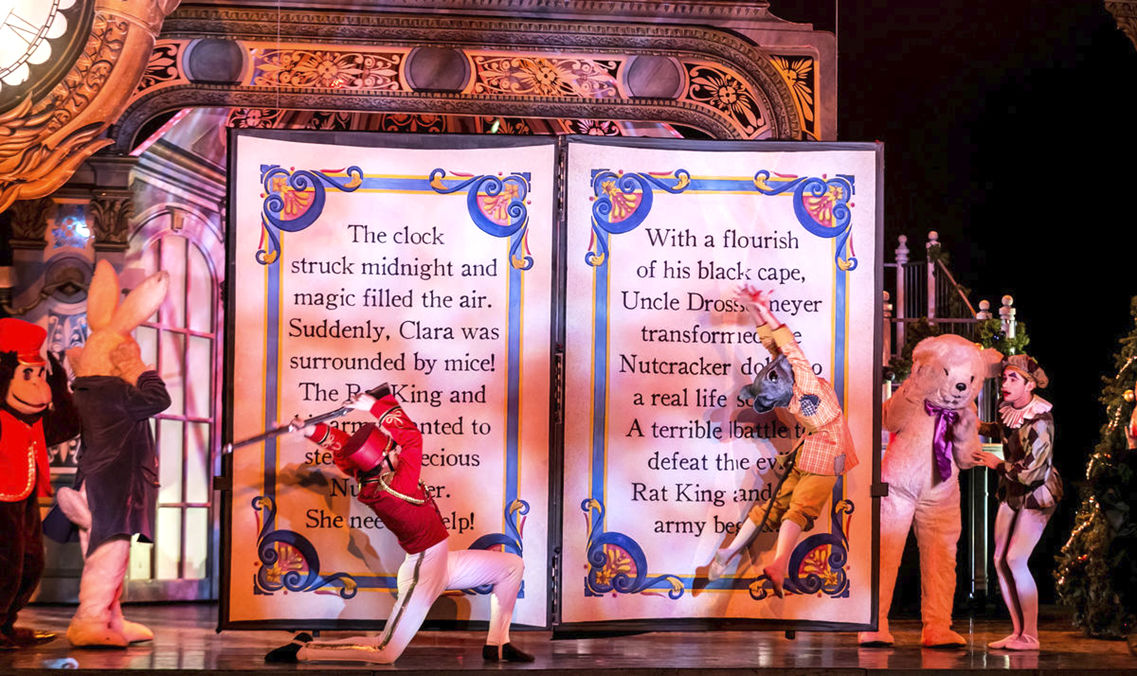 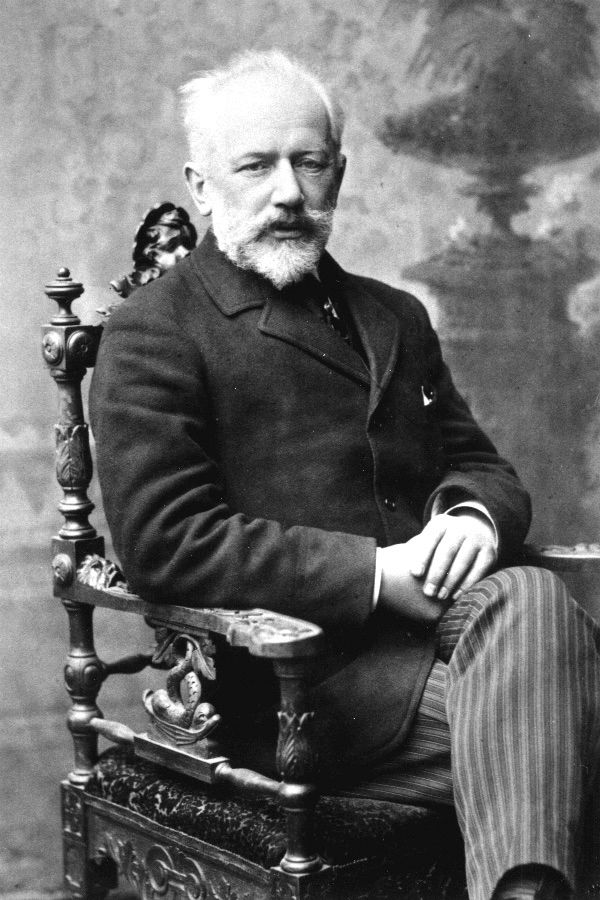 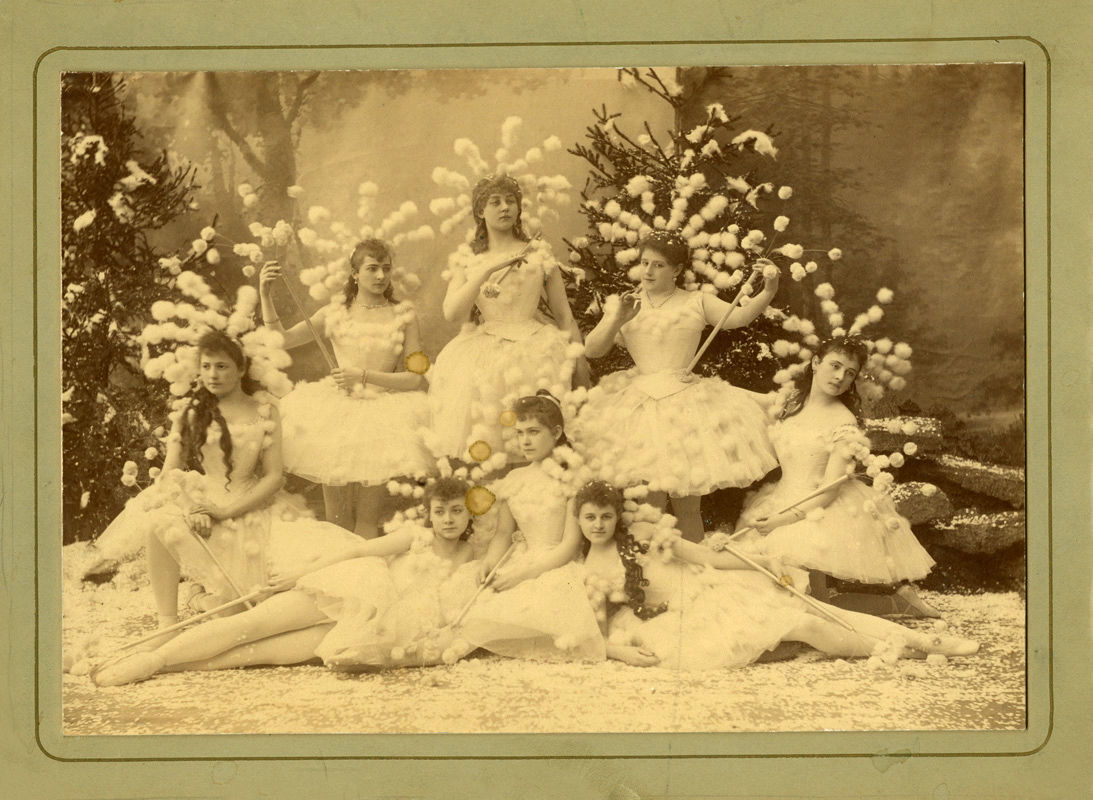 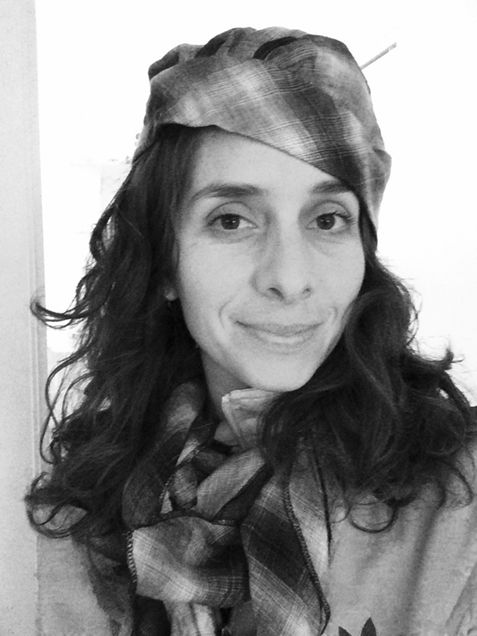 The origin of The Nutcracker ballet can be traced back to E.T.A. Hoffmann’s bizarre 1816 Christmas story, Nutcracker and the Mouse King (Nussknacker und Mausekönig). In it, the heroine is named Maria. (In the ballet, she’s sometimes called Maria, Marie, and the familiar Clara.) The ballet wasn’t inspired by Hoffman’s story, per se, but by an adaptation of the story written by Alexandre Dumas, The Story of a Nutcracker, in 1844. The ballet was created nearly 50 years later, debuting in 1892, with musical composition by Pyotr Ilyich Tchaikovsky and choreography by Marius Petipa (when Petipa grew ill, Lev Ivanov took over and finished the piece)

Born in Russia in 1840, Pyotr Ilyich Tchaikovsky began studying piano at 5 and later attended the St. Petersburg Conservatory. There he learned Western methods of composition, which widened his perception of styles and allowed him to understand music cross-culturally. This training would set his work apart from other Russian composers. After graduating, he began teaching music theory at Moscow Conservatory while working on his own symphonies and ballets. He became best known for writing the 1812 Overture, as well as his Nutcracker, Swan Lake, and Sleeping Beauty ballets.

The Russian premiere was not a huge success. “For dancers there is little in it,” one critic wrote, “for art absolutely nothing, and for the artistic fate of our ballet, one more step downward.” Nearly half a century passed before Walt Disney released the 1940 animated film Fantasia, which highlighted the Nutcracker Suite music found in Act II of the ballet. The movie immediately popularized the score, which has since become synonymous with Christmas (and often inserted into movies and TV commercials). In 1944, the ballet made its American premiere in San Francisco, but it was George Balanchine’s iconic interpretation in the New York City Ballet’s 1954 production that became the gold standard that other ballets would reference for years to come. Choreographers in the United States and abroad continue to stage various versions, knowing that The Nutcracker will most likely be their top-grossing show every year. Meanwhile, additional platforms continue to crop up — Nutcracker on Ice, Nutcracker puppet shows, Buttcracker: A Nutcracker Burlesque, and film adaptations ad nauseam (The Nutcracker in 3D, Barbie in the Nutcracker, Care Bears Nutcracker Suite, the Japanese stop-motion Nutcracker Fantasy, and dozens more).

The Aspen Santa Fe Ballet began in Aspen, Colorado, in 1996. The company was founded by Bebe Schweppe, who brought on Tom Mossbrucker and Jean-Philippe Malaty as directors. In 2000, the company began a dual-city relationship with Santa Fe, and it now hosts year-round performances, community outreach, and classes for 500 kids between both locations. The company has grown from seven to 11 dancers and performs around the world. It has performed its version of The Nutcracker for 23 years.

Setting up and breaking down a large-scale production can be quite an ordeal. Sets and costumes fill a 53-foot semi-truck when they travel from city to city, and a crew of 12 to 15 people works upwards of 20 hours to load everything. In all, the truck contains eight crates stuffed with costumes, about 80 to 100 per crate, and overhead scenery that weighs about 5,000 pounds. As Aspen Santa Fe Ballet (ASFB) publicist Jessica Moore puts it, “You never know what surprises might be uncovered in the 20 pieces of scenery … after a year in storage.” The same can be said for the costumes. A crew of 15 works the show and ensures that everything is washed, repaired, and otherwise in tip-top shape for the live performance. A new stop in L.A. will kick off this year’s tour, which then heads to Santa Fe and ends its run in Aspen over three consecutive weeks.

When it comes to Nutcracker fashion, designers seek fabrics that offer stretch for dancers while staying true to the style of the 1890s time period — i.e., materials that resemble tweed or velvet or party dresses and are surprisingly elastic. The show is comprised of about 140 “looks,” says costumer Brianna Fristoe, who works full-time at the Santa Fe Opera and is in her seventh season of working with ASFB on The Nutcracker. “I love the couture work. It’s all made-to-measure, beautiful techniques. I get to work with great fabrics, and there’s a real craft to it that I’m passionate about.” This year, she designed a new rhinestone-covered headpiece for the Dewdrop fairy, which a milliner then built. Her updated costume for Clara debuted in 2017, and she recently redesigned the girls’ and boys’ party clothes. Most costumes are worn for decades, only tweaked annually to fit new dancers. As soon as the costumes arrive at the performance site, Fristoe quickly fits more than 60 adult and child performers in a matter of hours. She’s also active backstage, giving dancers one last check before they go onstage and facilitating quick changes throughout the performance. After each show, costumes are washed, tears are stitched back together, and tutus reassembled. “The first week, I usually pull 70 hours.”

From the time she was 4, Sofia Alexandrescu has played a role in the Santa Fe production of The Nutcracker — from Bumble Bee to Candy Cane to baby Party Girl and then an older Party Girl. Now 13, she’ll perform the highly coveted role of Clara in this year’s production. “It’s like a dream. I’ve always wanted to play Clara,” she says. Asked what she’s most looking forward to, she responds, “Stabbing the Mouse King.”

Although there is no live orchestra, the ASFB graphic designer (and a former dancer with the company) added sound effects to the recording to add more texture. “The music heard during bows is the Nutcracker’s coda variation composed by Tchaikovsky. I re-orchestrated it with the carousel organ and various percussion instruments. Ditto for the carousel bits that are present in the opening music of Act II. Those are Tchaikovsky, played on the carousel organ and layered in with the original score. ASFB’s Act II features a carousel theme, so I chose the carousel organ to augment that. The exit music is an original composition written by me in the same style, to continue the circus mood of the show as the audience leaves. ... There are some more overt sound effects added as well, like the laughter of the Rat King at various points, some mouse squeaks, children’s laughter, and some buzzing bee sounds. The snow scene includes some subtle wind noises, as well as a few chime-like effects, just to add a little magic and immersion.”

Instead of ballerinas on pointe, Act II features specialty folk dances. The Chinese variation features a ribbon dancer from China, Zhongmei Li; a Russian couple, Irina Kleyfeld and Boulat Moukhametov, perform a traditional Russian folk dance; Katrina Amerine swings and straddles aerial silks in the Arabian dance; and flamenco by La Emi replaces the Spanish dance. “The decision was originally made to add an element of authenticity and showcase elements of folk dances from around the world,” Mossbrucker says.