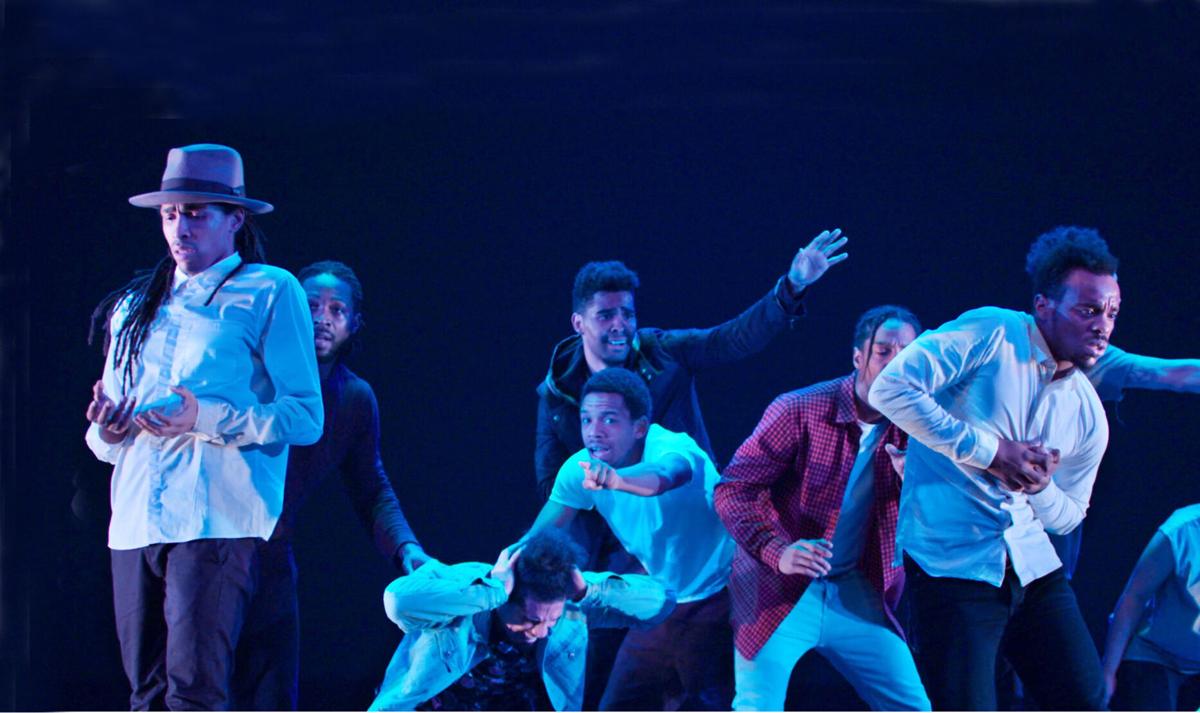 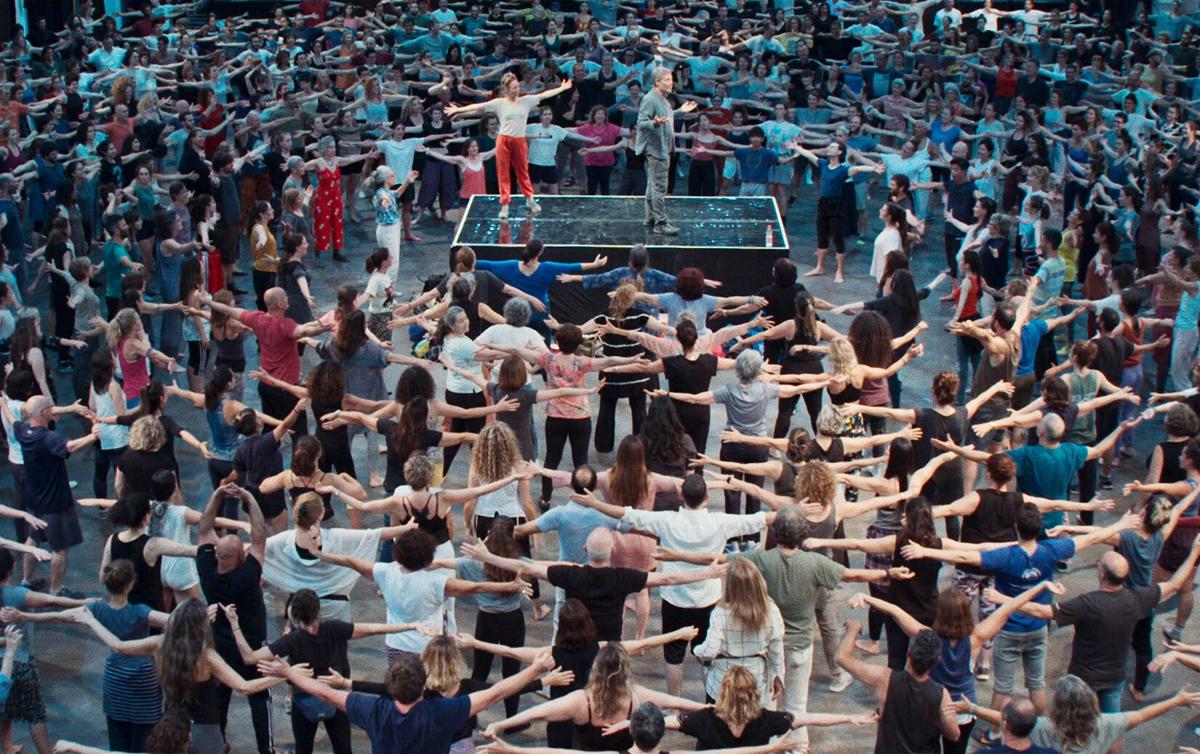 My mother tongue is movement Watch the trailer   youtube.com/watch?v=qOZ62yiD1c8

French documentary filmmakers Thierry Demaizière and Alban Teurlai have previously made films about Lourdes, the sacred French tourist attraction; a portrait of Rocco Siffredi, a legendary Italian porn star; and Reset, their 2015 documentary which trailed choreographer Benjamin Millepied on his brief and fiery ride as director of dance at the monolithic Paris Opera Ballet. Move is a more global, encompassing look at dance than Reset, employing diversity as an organizing principle. Classical ballet, for example, is completely absent from the film. But in its attempt to capture a glimpse of early 21st-century dance, the film’s egalitarianism seems just right. Dancing itself existed long before pointe shoes.

The film is dance centric. Storytelling is superseded by image and movement. Dancers, experts, and even friends and family members are interviewed, but the film makers spend as much time presenting beautifully shot dance sequences. The film not only goes backstage, into rehearsal studios, homes, and out into the cities these artists are from, but into their minds — the process each choreographer uses and the obstacles they face in order to create something new. Is dance still relevant? Demaizière and Teurlai present dance as more than artistic calling or political statement; they offer dance as a global

The international subjects of this documentary automatically create a travelogue — of locations and movement styles; as well as differing philosophies, points-of-view, and personalities. There are sweeping shots of Kingston, Jamaica, of Tel Aviv, and of Seville. Demaizière and Teurlai often feature the dancer’s parents, whose faces, as much as their stories, indicate the sacrifices they made and the immense pride they carry for their artistic progeny. Often, both parents were dancers themselves, although never trailblazers like their offspring.

Each episode has narrative tension. In the first episode, Jon Boogz and Lil Buck seem preoccupied with the recognition of street dance as an art form. Boogs, from Miami, is a “popper,” while Buck, a hot commodity in commercials and collaborations is an expert at “Memphis Jookin.’” The first episode, about street dance, explores not just popping, locking, and jookin’, it steps out into ideas of politics and race. Here, dance sequences are presented Michael Jackson-style, on empty city streets; then a nearly-empty symphony hall. Buck is alone onstage, jookin’ in almost jazz-like counterpoint to familiar streams of melody from Tchaikovsky’s Nutcracker Suite. The image is a lonely one: shot from behind, with a view of the empty acres of velvet seating; a conductor, barely visible, waving away at an unseen orchestra. It is Tchaikovsky vs. a street dancer on Nike sneaker-points gliding on his toes to the familiar melodies of Christmas. Instead of armies of dancers in tulle, there is just Lil Buck, calmly doing his thing surrounded by vast amounts of space.

Israeli choreographer Ohad Naharin is the oldest artist portrayed here. His Batsheva Dance Company (he stepped down as director in 2018) is revered for powerful, athletic movement and the sometimes-controversial political stances he takes regarding Palestine. The choreographer’s finest achievement; however, may be the movement practice he calls Gaga. With nothing pre-designed or pre-rehearsed, and movement dictated according to sensation rather than line, Gaga may seem like improvisation. Under Naharin’s directions; however, Gaga is a chance to reorganize the nervous system, to simplify a dancer’s response to direction, even a way to heal. In Move, Naharin’s 90-something-year-old mother is shown in close-up, responding to her son’s Gaga directions, surrounded by other ecstatic-looking residents of her retirement home. “Don’t dance, Mama,” he directs. “Just feel.”

Galván is an internationally known dancer who, early on, gave up the prizes and adulation offered to traditional flamenco dancers in Spain, for a more personally satisfying pathway into experimental movement, rhythm, and even gender-bending performance. His parents, both former dancers, were horrified. They made it clear in the documentary, however, that they both knew there was no stopping their son. The section on Galván will be of particular interest to anyone in Santa Fe who has attended local summer performances by flamenco groups without understanding any of the history behind all that footwork, clapping, music, and angst.

Jamaican dance hall artist Kimiko Versatile is featured in an episode that shows dance at its most powerful — not as a performance, but as a social tradition. The style called dance hall, Versatile demonstrates, not only has a direct lineage to dances on the islands, but an empowerment tool for women, who have struggled in a particularly harsh, anti-feminist society in her country. The dancing here is in bars, in open air studios, and on the streets of Kingston. Versatile wears jewels and glitter and shakes her body in a palpably erotic way, daring the men around her to embrace such hip movement. She is a dynamo.

Khan grew up in London to emigrant parents, and began dancing the Indian dance form, Kathak, as a child. While his professional work has been a groundbreaking fusion of traditional Indian dance with ballet and modern dance, politics have never been far from his mind. A revision of the warhorse ballet, Giselle, for the English National Ballet, featured villagers who were immigrant farmworkers labelled “The Outcasts” in the program, and noblemen recast as factory owners. A search for beauty, for Khan, is also a search for truth. Kathak dance often includes strands of tiny bells attached to the ankles of dancers. As they stomp and shimmer, the goal, Khan says, is to create from the disparate sounds of so many bells, but one voice.

Move is a documentary designed for anyone at all interested in culture and the human body. The filming of dance is intimate, often breathtaking, and moving. There is no agenda other than to present these six artists. Each is unique; each struggles to find a place in the world as an artist and dancer; each moves like no one else. — Michael Wade Simpson I For The New Mexican

streaming on Netflix at netflix.com/title/81013100