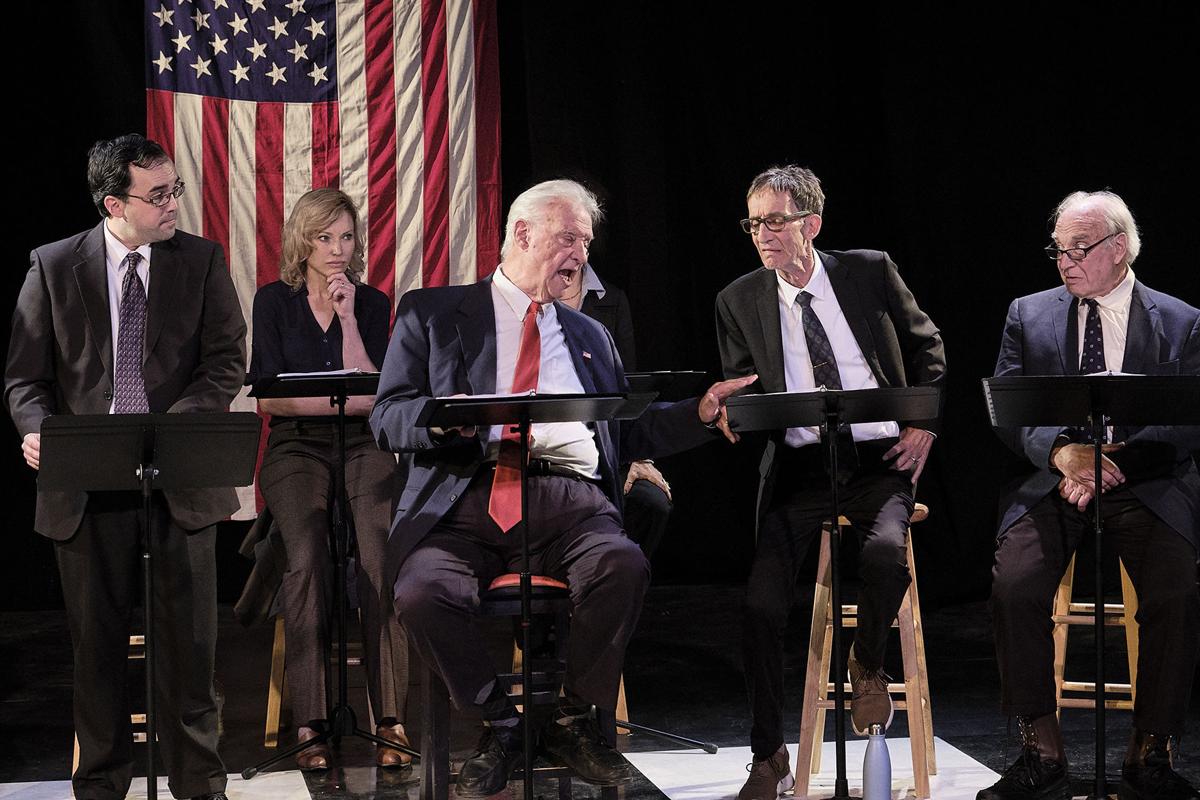 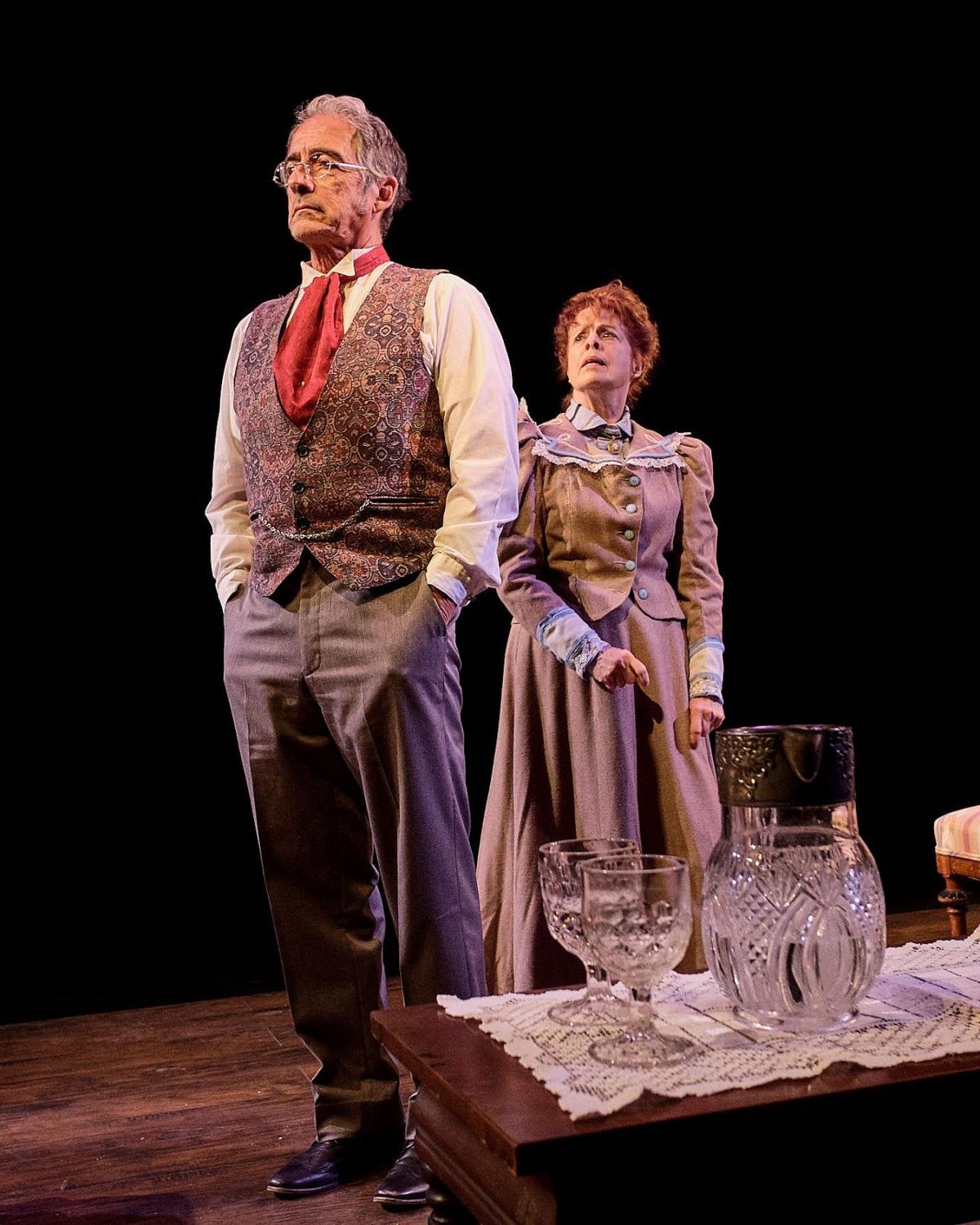 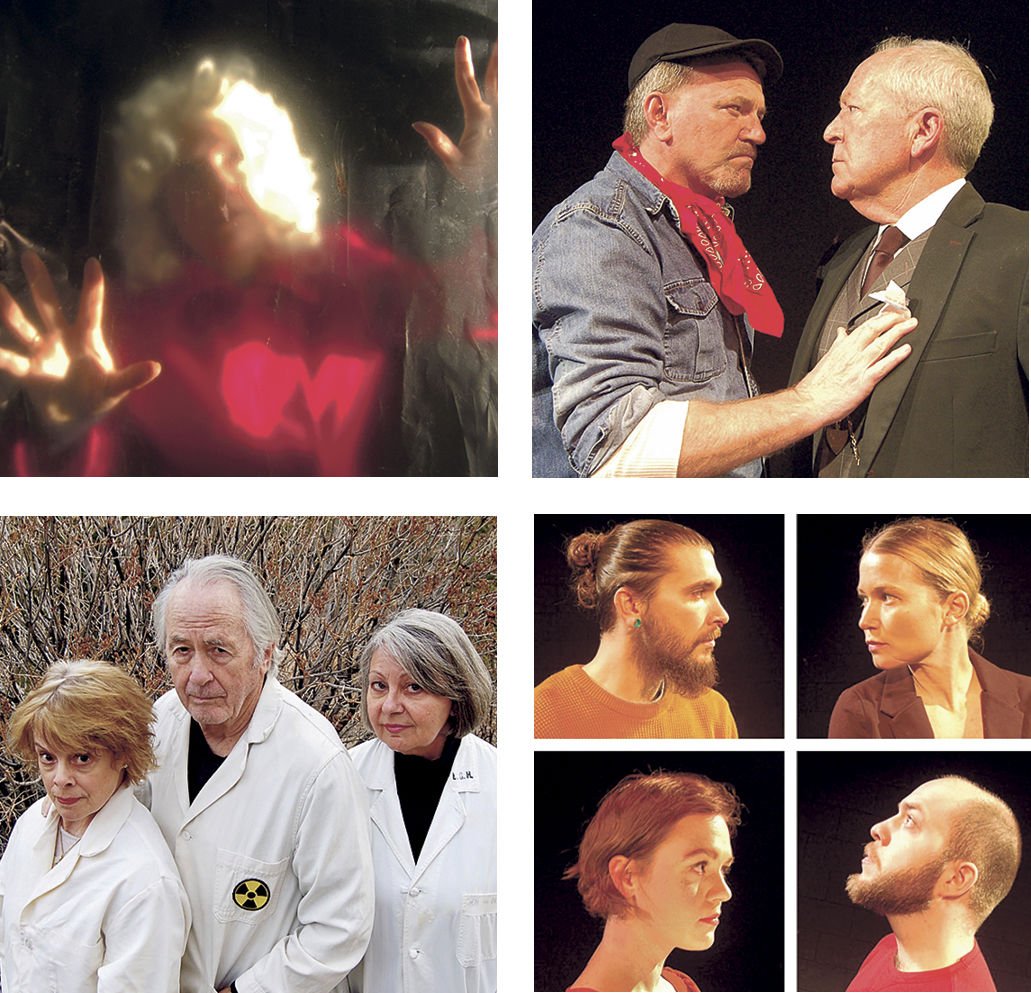 Clockwise from top left: Shining City, The Cradle Will Rock, The Children, and Reasons to Be Pretty

Clockwise from top left: Shining City, The Cradle Will Rock, The Children, and Reasons to Be Pretty

New Mexico Actors Lab was less than two months from opening its ambitious fifth season when theaters around the country were forced to cancel shows in response to social distancing orders. Suddenly, the Santa Fe-based theater company was at a crossroads.

As the reality of long-term restrictions on large gatherings set in, NMAL’s artistic director, Nicholas Ballas, and Robert Benedetti, its founder and managing director, faced a no-win choice just as they were poised for expansion.

“This year, we were going to do five shows instead of four,” Ballas says. “There was a lot at stake in terms of numbers of performances and numbers of seats that we were going to have to fill. More actors, more support staff, more technical challenges.”

They could hold out hope to open an abridged season in late summer or fall, or they could cancel the whole shebang and go dark for a year.

In mid-May, the Broadway League canceled shows at its 41 New York City theaters through Labor Day. Theaters around the country tend to take Broadway’s cues, although it’s understood that this date is merely a placeholder. Right now, determining the moment that audiences can safely return to theaters is impossible. The picture was even murkier a couple of months ago: Benedetti and Ballas were putting things in order for their first 2020 show, Conor McPherson’s Shining City, which was slated to open May 7 at Teatro Paraguas.

“The decision to postpone the entire season was like a slow-motion train wreck,” he grumbles during a video interview. “It didn’t happen all at once. We kept hoping that things were going to clear up.”

Shining City went first, followed by Lucy Kirkwood’s The Children, originally set for June. July’s Radiant Vermin, by Philip Ridley, fell next, and finally, they called off the last two as well: August’s The Cradle Will Rock, by Marc Blitzstein, and Reasons to be Pretty, by Neil LaBute, which was going to open in September. Officially, the entire season has now been postponed, with new dates yet to be determined — although they are holding out hope that they can put up one play in the fall.

“From my point of view as managing director, the big thing is that we postponed in three phases as the pandemic developed, and in each phase, all the planning needed to proceed had to be done: budgets, rights, ticketing, advertising artwork and schedules, set designs, and so on. It was pretty much like planning three seasons. It would have been far easier if we had just postponed the whole thing all at once. I think I worked harder this year than on any other season we’ve run,” Benedetti says.

A veteran television and theater producer, Benedetti was a working-class kid from Chicago with a storied career that includes performing improv with The Second City; winning an Emmy Award; and leading the acting program at Yale School of Drama and the theater school at California Institute of the Arts. Among the students he mentored over 51 years are Ted Danson, Judith Light, Ed Harris, and Don Cheadle. Benedetti and Ballas met at CalArts in the 1970s when the latter was a graduate student.

The two reconnected in Santa Fe when Benedetti moved here in 2009 from Las Vegas, where he was on the faculty at University of Nevada and artistic director of the Nevada Conservatory Theatre. Ballas has lived here since the 1980s. (Now retired, he was the longtime managing owner of the Cowgirl BBQ.) He’s acted with such local theater companies as Shakespeare in Santa Fe and Santa Fe Playhouse, and appeared in locally shot television shows. From the mid ’80s until the early 1990s, he ran Santa Fe Actors’ Theatre. It folded for the same reason most theater companies fold.

“Seven or eight years into it, it was just as hard to make money as it was at the beginning,” says the 69-year-old Ballas. “It just kept getting harder.”

Benedetti and Ballas began working together in 2012 on some one-off productions. They say that audience reaction and ticket sales were so encouraging that they decided to launch a new theater company, despite the risks. The first full season by New Mexico Actors Lab opened with three plays in 2016. In 2018, they increased their season to four shows. And then came 2020, five shows and an unprecedented global health pandemic.

“We have costs that we can’t get out from under, but we’ve joined the feeding frenzy for CoViD relief funds. I’ve filled out five grant applications this week,” Benedetti says.

"A wish and a prayer"

New Mexico Actors Lab isn’t alone in the struggle. It’s one of more than 20 theater groups in Santa Fe, most of which depend on each other for survival by renting performance and sometimes rehearsal space from the few theaters that are housed in their own buildings. Like the majority of the groups, NMAL does not own or rent a single space. They have held most of their productions at Teatro Paraguas, and this year, they were going to produce two at the larger Swan Theater. The Swan and Paraguas are in the warehouse neighborhood near Rufina Street and Siler Road. A new group, Stage Santa Fe, moved into a building in the same area over the winter. Oasis Theatre Company, which has been producing shows in town since 2017, recently bought a building in the Railyard District, but had to postpone opening its first show due to the shutdown.

All of the groups work together through an umbrella organization, Theatre Santa Fe, which houses a central production calendar on its website (theatresantafe.org) and generally tries to encourage a spirit of collaboration for space and resources.

“We really are concerned with the bricks-and-mortar spaces,” says Talia Pura, president of Theatre Santa Fe. “We want to make sure there are theaters to rent when this is all over. No one has enough reserves to carry on forever. Theatre Santa Fe has a GoFundMe campaign, and we’re going to try to give a percentage of what we raise to every theater that makes a request, but it’s a gesture. It’s not going to cover anybody’s expenses. Theaters are all doing their own efforts as well.”

Santa Fe Playhouse, which owns its historic building downtown, rents rehearsal, workshop, and storage space in the Rufina/Siler area, in property managed by Landseer Management, as do Paraguas and The Swan. Though the groups are innovating online content to keep audiences entertained, and applying for CoViD relief funds, they are not generating any ticket or subscription revenue right now, which is crucial to their economic survival. The three groups banded together to appeal to Landseer and were given some relief on rent for the upcoming months, which will help them make it through the summer. Landseer CEO and managing partner Brant Goodman emphasizes that they manage but do not own the real estate and only acted as middlemen by passing on the tenants’ request to the property owners.

“Every theater company runs on a wish and a prayer,” says Caryl Farkas, owner of The Swan, which is home to the International Shakespeare Center and the Upstart Crows. If shows aren’t able to happen in the fall, The Swan’s survival will be in question. Commiserating with theater friends around the world only makes the situation feel more desperate, she says. “We have friends in the U.K. and in Japan saying they figure they’re shut down until fall of 2021. And when we say, my gosh, how do you do that? They say the government is helping them. It must be nice not to have to live in terror of dissolution.”

When all this is over, the world will be a different place, Benedetti and Ballas say.

“As I look toward programming next year, the impulse is to postpone everything from 2020 and do it in 2021. That’s not gonna work,” Ballas says. “We’re going to be in a post-CoViD world, and we’re either going to be entrenched in another four years of this [presidential] administration, or we’re going to be celebrating a shift into a new administration. I want our programming to reflect the sensitivity toward the shifting social conditions.”

Though they will rehire all the same actors that would have appeared in 2020, Benedetti is wedded to just one production from the postponed season: The Cradle Will Rock. He has directed the 1937 musical about unionizing steelworkers four times in his career. Originally directed by Orson Welles, the dilemma of the first production symbolically echo NMAL’s unlikely crucible — if not that of most American theaters — in the spring and summer of 2020. Originally, Cradle was a production of the Federal Theatre Project and was slated to begin previews on Broadway on June 16, 1937. That summer, the WPA postponed all plays, musicals, and concerts due to budgetary concerns — but rumor had it that Cradle was actually censored for its radical content. Rather than capitulate to the closure, Welles, together with playwright and producer John Houseman, rented a new theater and marched the cast and audience 21 blocks to see the play elsewhere.

Cradle will go on at The Swan, Benedetti says. He’s sure of it. The Santa Fe theater community has had its ups and downs, but over the past few years, the scene has been blossoming. That’s due in part to what Ballas calls a “deep bench” of acting talent that has been attracted to the New Mexico film and television industry. And, rather than the silo approach of decades past, it’s now common for actors, directors, and backstage artists to work for many different groups. Audiences are reaping the benefits.

He’s not worried about the future; NMAL has been raising money. Of the 136 season tickets that were sold before the postponement, only 22 patrons requested refunds. Twenty-three season tickets were rolled over to 2021, and 91 were donated to the theater company, for a total of $9,100.

“We have also received over $28,400 in individual cash donations for 2020. More continues to come in. Because of our careful fiscal policy and our steadily increasing level of donations and grants over the years, the New Mexico Actors Lab has never lost money. As a result, we have accumulated an operating surplus of $37,000. This means that we will go into 2021 with an operating fund of at least $74,500, and perhaps as much as over $100,000. We take this as a mark of the trust our patrons have placed in us, and the great care with which we treat the donations we have been lucky enough to receive.”

Even if the pandemic were to resurge and cause more chaos on 2021, Benedetti says, New Mexico Actors Lab will survive. He’s certain of it. ◀