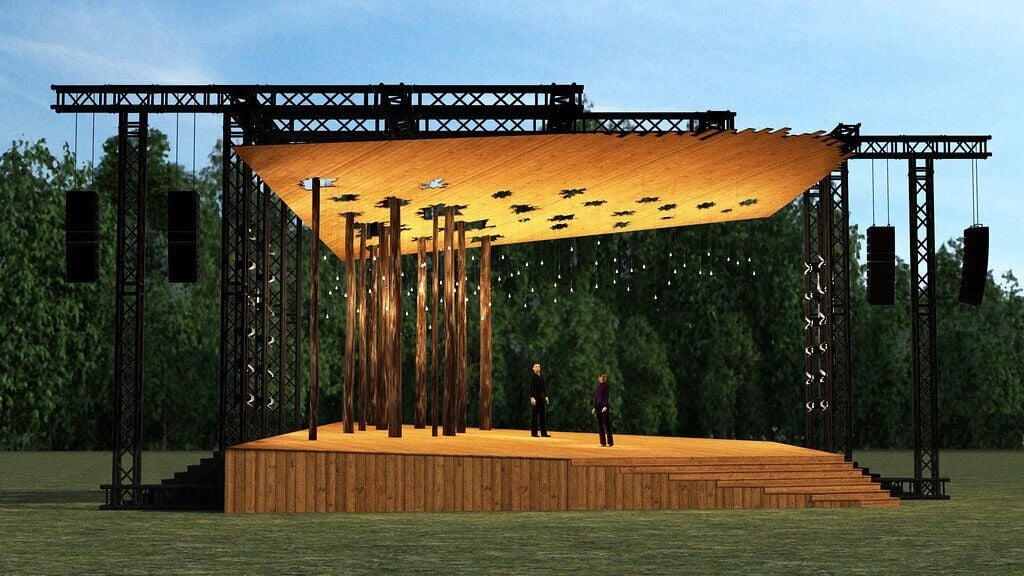 The design for the Glimmerglass Festival’s outdoor stage 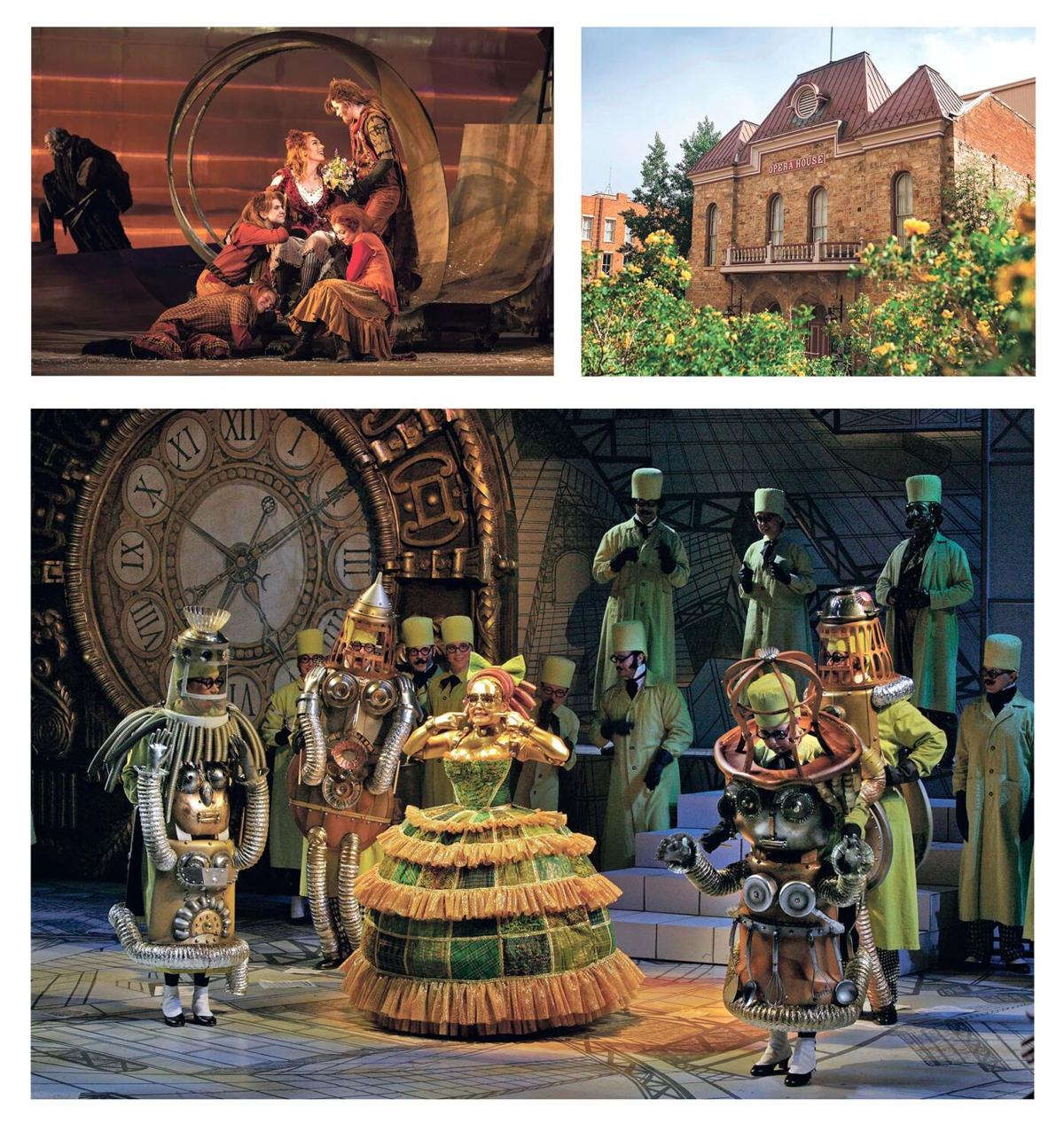 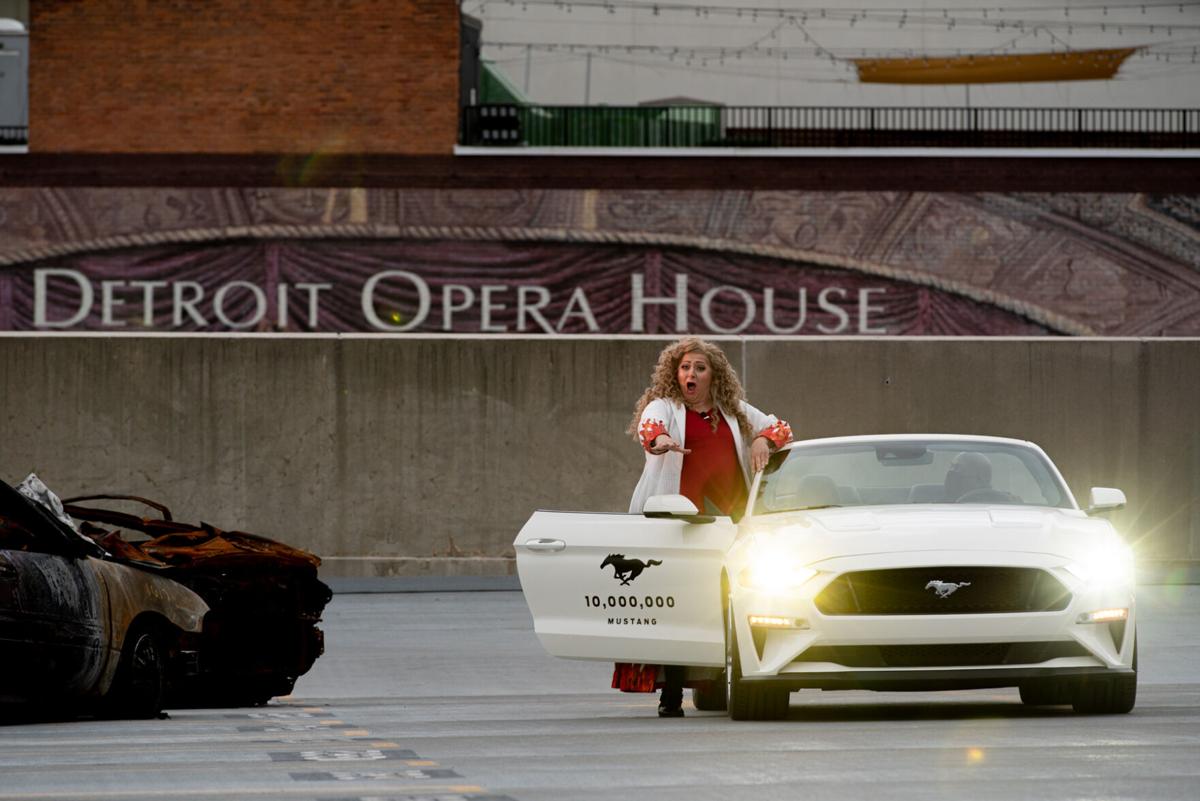 The design for the Glimmerglass Festival’s outdoor stage

No, this is not a story about legal weed coming to New Mexico. Arts groups that usually perform indoors during the spring and summer are heading outside for greener pastures, as well as the wide-open spaces of empty parking lots and garages. It’s all part of today’s split-personality arts world — symphony orchestras performing chamber music, grand opera companies staging small-cast one-acts, and theater companies harkening to the days of network radio drama. Until now, companies had a binary choice: create virtual content or stay dark. With live performance for at least limited audiences becoming possible, some American groups plan on live events with subsequent digital distribution and some on a you-have-to-be-there-in-person approach.

Closest to home, there will be performances at Central City Opera (centralcityopera.org) and its historic theater this summer. They won’t be inside the 1878 jewel box, however. The company’s apprentice singers will perform Henry Purcell’s Dido and Aeneas in the adjacent gardens on July 17, 20, 22, and 28. Four CCO Al Fresco concerts will also take place there on July 13, 24, 30, and 31.

The company’s large-scale productions are Giuseppe Verdi’s Rigoletto and Rodgers and Hammerstein’s Carousel, to be performed at Hudson Gardens, a 30-acre botanical park in the Denver suburb of Littleton. Both works will be fully staged, costumed, and lighted (by the sun, during matinee performances), utilizing a specially constructed unit set with different visual elements delineating locations. Carousel receives 13 performances between July 3 and Aug. 1; Rigoletto is slated for 10 performances between July 10 and 30.

“I told our board of directors, ‘Turn us loose on this. If you give creative people the opportunity to solve problems, they will,’ ” General and Artistic Director Pelham G. Pearce Jr. told Pasatiempo. “We can’t anticipate everything we’re going to run into, but that’s true every time we stage an opera.”

No American opera company is more closely defined by its theater than Central City, and Pearce describes the company as “incredibly anxious” to return to its mountain home in 2022. Meanwhile, there’s the potential for a significant benefit from the 2021 work-around — Hudson Gardens can accommodate about 100 more attendees than the opera hall at each performance.

“We’re hoping this beautiful venue and its proximity to Denver will generate many new patrons,” Pearce said. “If these outdoor performances are really popular, I can certainly see continuing them in the future as an add-on to our regular season.” Tickets go on sale April 20. Rigoletto and Carousel tickets are $25 to $75, Dido and Aeneas is $35, and Al Fresco concerts are $25.

Like Central City, Opera Theatre of Saint Louis (opera-stl.org) is heading outside and constructing its own temporary stage. The company is offering its traditional four-production season, but with a “Think Small” mantra — each of the operas is a one-act that calls for modest forces and the outdoor venue seats 290 patrons instead of the 950-person capacity at its home space.

“I see this as a silver-lining story,” the company’s general director, Andrew Jorgensen, said in a recent interview. “It’s an opportunity for us all to proclaim that we’re not just a musical museum, by rethinking our approach to the inherited repertory and new work in some extremely exciting ways. It’s nerve-wracking and incredibly inspiring all at the same time.”

The outdoor venue is adjacent to its indoor space on Webster College’s lush campus, which maintains one of the company’s defining characteristics: an open-air pavilion and gently sloping lawn that are the site of pre-performance picnics and post-

performance mingling by patrons and performers. Each production’s cast is in a strictly controlled bubble, but picnicking is definitely an option.

Three 20th-century pieces are on tap, as well as a triple bill of brand new works. Giacomo Puccini’s ensemble comedy Gianni Schicchi will be conducted by Leonard Slatkin and staged by Seán Curran; Slatkin is also on the podium for William Grant Still’s Highway 1, U.S.A. Still was a major figure in the Harlem Renaissance who first came to national attention with his Afro-American Symphony of 1931. The cast for his 1962 opera features soprano Nicole Cabell and baritone Will Liverman.

Patricia Racette has a tour de force opportunity with Francis Poulenc’s The Human Voice (La voix humaine), a one-woman piece which she both stages and sings. The triple bill comprises operas on highly contrasting subjects — a conversation between James Baldwin and William F. Buckley Jr. following a debate on “Is the American dream at the expense of the American Negro?”; a seriocomic look at parenting during the pandemic; and the historic meeting between Queen Elizabeth, Prince Philip, and the Apollo 11 astronauts after their moon landing in 1969.

The St. Louis season also includes two concerts: Center Stage, featuring the season’s apprentices, and I Dream a World, a concert honoring Black composers and singers. Performances will run from May 22 to June 20. Tickets for all events are $39, except for I Dream a World, which is free. Performance dates will be announced in late March.

Like Central City and St. Louis, the Glimmerglass Festival (glimmerglass.org) is spending the summer outside. Its bucolic setting on the shores of Otsego Lake means everything can happen on a “lawn stage” constructed right outside its 915-seat theater. The upstate New York festival’s approach to repertory and production differs from the two other companies, however, with 90-minute condensed versions of three standard repertory works and a new piece of similar length scheduled.

Three types of seating will be available: Festival Squares, marked-off section of lawn accommodating a party of up to four guests; Glimmerglass Boxes, booths providing an overhead covering and seating for up to six; and Festival Tables, seating with open sky overhead. The lite versions of Mozart’s The Magic Flute, Verdi’s Il trovatore, and Offenbach’s La Périchole (here called Songbird) are joined by the world premiere of The Passion of Mary Cardwell Dawson. This play with music stars mezzo-soprano Denyce Graves as Dawson, the pioneering Black woman who founded the Negro National Opera Company in 1941.

There are also multiple performances of Gods and Mortals, consisting of “bleeding chunks of Wagner,” and To the World, music theater highlights with a cast including Santa Fe favorites Isabel Leonard and William Burden.

What do you do when you’re a big-city company and there’s precious little grass in sight? The San Diego Opera (sdopera.org) premiered one solution last October with its La bohème: drive-in opera in a sports arena parking lot with the performers at one end and video simulcast screens throughout the lot. Instead of that clunky drive-in speaker hanging onto your car window, you just dial up the FM radio feed on your car’s sound system.

The San Francisco Opera (sfopera.com) is taking the San Diego model about 10 miles north of the Golden Gate Bridge to the Marin Center for Rossini’s The Barber of Seville. The 90-minute, English-language adaptation is set backstage at the San Francisco Opera and, according to a company press release, it endeavors to “retain the work’s humor and vocal fireworks while linking it to the poignancy of human connection.” The husband-and-wife team of mezzo-soprano Daniela Mack and tenor Alek Shrader (also Santa Fe favorites) are Rosina and Count Almaviva; baritone Lucas Meachem is Figaro.

Eleven performances are scheduled between April 23 and May 15, along with three evenings of opera highlights by the Adler Fellows, the company’s apprentice singers and pianists. Parking with a view of the stage is $250 per car for The Barber of Seville and $150 for the opera highlights program; parking with a simulcast view is $50. You can cram as many people into your vehicle as you have seat belts.

Patrons drove from scene to scene listening on their car radios to a starry cast that included Christine Goerke as Brünnhilde and Morris Robinson as Hagen; the score was adapted for a small ensemble with a different orchestration for each segment. In what may be the opera world’s most unique cross-promotion, Brünnhilde arrived in the 10-millionth Mustang to roll off the Ford assembly lines. (Per Wagner’s text, she rides a magnificent steed named Grane, so there’s internal logic to the equine car choice.)

Sharon and the principal singers from Detroit are reuniting in late April for a three-day run of Twilight: Gods under Lyric Opera of Chicago auspices (lyricopera.org). Valhalla (known locally as the Millennium Lakeside Parking Garage) has a spectacular view of Lake Michigan, which may be incorporated into the scenic concept for the Rhinemaidens’ arrival. All performances were sold out at press time; to add your name to a waiting list, call (312) 827-5600.

Canada’s Stratford Festival (stratfordfestival.ca) is returning to its outdoor roots this summer. It opened on July 13, 1953, with Alec Guinness in Shakespeare’s Richard III, staged in an amphitheater with a circus-tent style canvas roof. The roof motif was incorporated into the design of the 1,838-seat Festival Theatre, which opened in 1957.

For the summer of 2021, new canopies will be added to both the Festival and the Patterson theatres, creating outdoor venues for what festival officials hope will be as many as a dozen productions. Specific titles, dates, and ticket prices have yet to be announced, but the repertory will include Shakespeare, modern classics, and new works, each performed by a cast of eight or fewer actors. Each production will also be video streamed as part of the company’s Stratfest@Home initiative. ◀