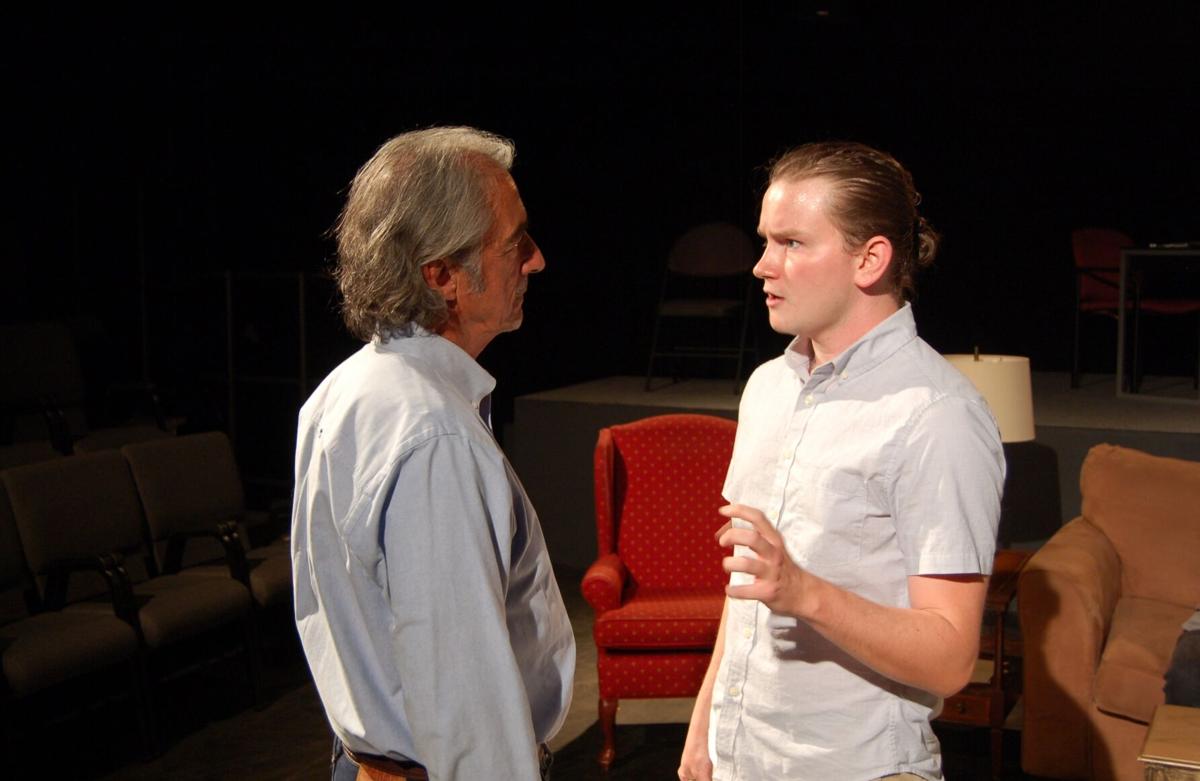 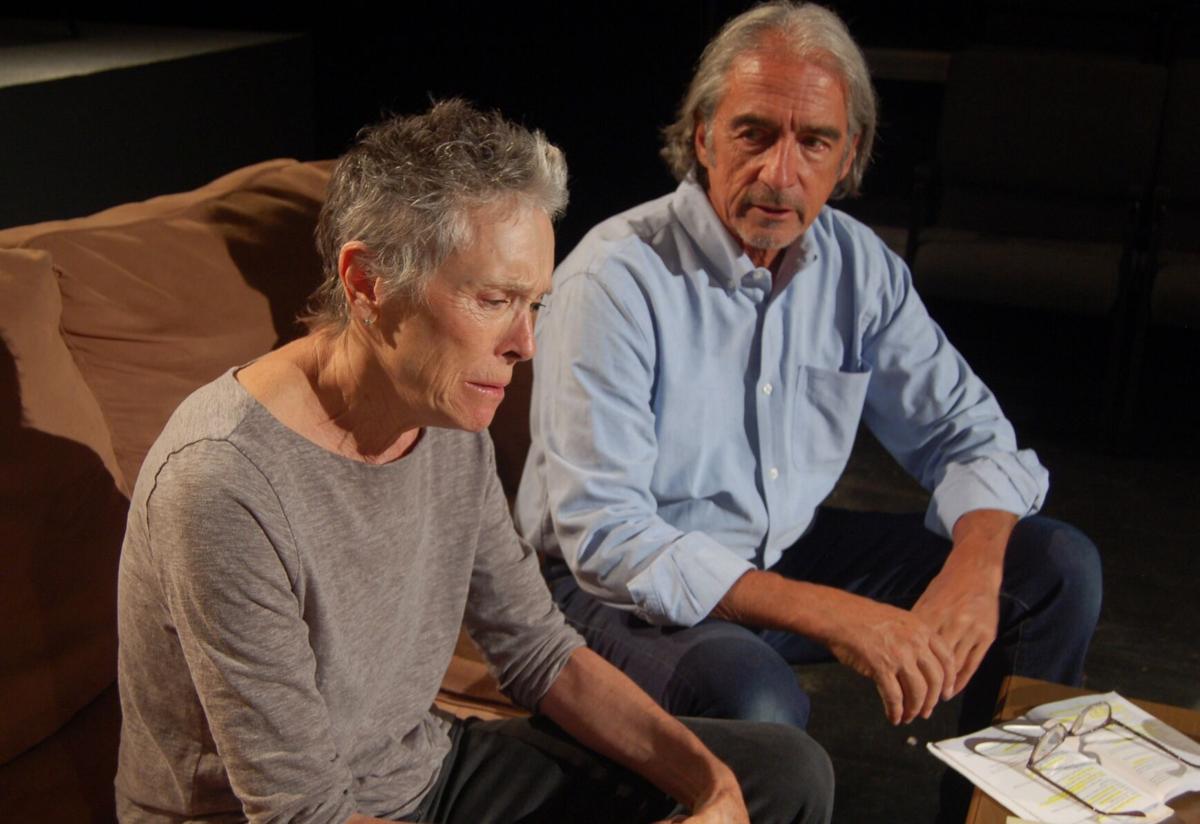 Do facts matter? What is “truth”?

If I write that there were 34 licensed strip clubs in Las Vegas, Nevada, on a given day in 2002, does it matter that there were actually 31? You believe you’re reading this information in an essay that’s anchored in real life, but I knew the truth and chose to use the incorrect number anyway. So, have I lied to you, or have I taken poetic license?

This is the initial question up for debate in The Lifespan of a Fact, a topical comedy about truth, art, and journalistic integrity. In the play, an intern at a glossy New York magazine is assigned to fact-check a lyric essay about a suicide. The intern, Jim Fingal, and the writer, John D’Agata, are real people who took a contentious seven-year fact-checking odyssey together, and then turned the experience into a book. Three playwrights — Jeremy Kareken, David Murrell, and Gordon Farrell — adapted it for the stage. It premiered on Broadway in 2018. New Mexico Actors Lab opens its production on Thursday, Aug. 5.

The magazine’s editor, Emily (Kat Sawyer), gives Fingal (Mickey Dolan) just five days to complete his task. After that time, they must go to press. In fact, failing to go to press with this essay might kill the magazine, which is floundering financially in a precarious media environment. When Fingal realizes that D’Agata’s essay is rife with inaccuracies (which, D’Agata tells him via email, are “fine,” and not in of need in fixing), Fingal travels from Manhattan to Las Vegas, Nevada, to work with D’Agata in person. Fingal has 130 pages of annotated notes on the 15-page essay. An unhappy D’Agata (Nicholas Ballas) calls Emily, who flies out to mediate between the two.

“So much of what we encountered these last four years is the way journalists would take radically different spins on the exact same event,” says Ballas, who is also artistic director of New Mexico Actors Lab.

But as he talks about the dilemma of truth in published writing, Ballas often sounds like he’s speaking for his character, as much as for himself.

“So, here we have an event in this play — the suicide of a young man — and you get to see how a given writer creates an emotional version of the story, which is essentially accurate.”

And here’s where things get tangled: In this argument, emotional truth, literary truth, subjective truth, and journalistic truth can be taken as synonymous, making it all just about meaningless.

“The fact-checker doesn’t like it at all because it isn’t precise and doesn’t conform to what the ‘facts’ say.”

Most journalists would agree. Most emphatically. Ethical reporters can’t pick the incorrect “34” over the factual “31” just because they might prefer the diphthong of “four,” in which the sound of the “o” slides into the sound of the “u.” (This is the reasoning D’Agata uses.) Not everyone agrees this is the case, but journalists can’t make stuff up.

“He has a huge emotional investment in his attachment to what he’s written,” Ballas replies in a conversation about the play’s psychological combat. “I think that’s always a dangerous thing for any artist, to have too much attachment to what they’ve created. There is a balance. But I don’t think there are any entirely correct moral positions [in this play].”

D’Agata believes that the lyric essayist’s job is to explore and evaluate a subject with a critical eye and to then render a piece of writing in the structure of his choosing — to make art, in which objective truth falls to a more important, more universal, subjective truth. He makes it clear that he’s not a journalist, a profession with which he does not concern himself. Journalists reviewing the book and the play had fun with this.

“This book review would be so much easier to write were we to play by John D’Agata’s rules. So let’s try it,” Jennifer B. McDonald wrote in The New York Times. “(1) This is not a book review; it’s an essay. (2) I’m not a critic; I’m an artist. (3) Nothing I say can be used against me by the subjects of this essay, nor may anyone hold me to account re facts, truth or any contract I have supposedly entered into with you, the reader. There are to be no objections. There are to be no letters of complaint. For you are about to have — are you ready? — a ‘genuine experience with art.’ This is so liberating!”

In his New York Times review of the Broadway premiere (starring Bobby Cannavale as D’Agata and Daniel Radcliffe as Fingal), Jesse Green wrote, “When the journalist John D’Agata wrote a play called ‘The Lifetime of a Fact’ in 2003, he couldn’t have known that it would one day become a terrifically engaging Broadway drama starring a boy wizard.” He then notes that there are “six to eight mistakes in that sentence, depending on what you consider a mistake.”

Director Robert Benedetti says this is a challenging play for him, because he personally agrees with one side of the dramatic argument, but as a director, he must give equal emotional and moral weight to both sides. “I don’t understand why D’Agata lards his essay with all sorts of irrelevant, factual-sounding statements that have nothing to do with a boy’s suicide — and they’re not even true. Why bother? The deception is mind-boggling.”

But not every factual error in the essay is small. Despite his characterization as somewhat manic in his pursuit of journalistic truth, Fingal isn’t picking nits. D’Agata has fudged major details about the night in question that have the power to hurt people, and he doesn’t seem to care. Benedetti and Ballas say the meat of the play is in understanding D’Agata’s identification with the essay’s subject, a 16-year-old boy who jumps from the observation deck of a local hotel. Eventually, the writer reveals some information about his childhood, making the point that cold, hard facts don’t tell the true story of a life. Although D’Agata’s artistic and aesthetic arguments in defense of his essay remain questionable, the play attempts to explains his point of view.

The Lifespan of a Fact is so relevant to our times that it might inspire viewers to want to argue with, or even fight, the characters. Because although the situation presented might seem limited to a theoretical debate, its implications are deep. In real life, Harper’s Magazine commissioned D’Agata’s essay in 2003, but rejected it for factual inaccuracies. He resubmitted it to the literary magazine The Believer. The initial fact-check began more than a decade before Donald Trump was elected to the presidency, but the play premiered in 2018, in the thick of his administration. By then, huge swaths of the populace had come to believe that the media purposely lies to them. It would still be more than two years before insurgents took over the U.S. capitol because they considered the results of the most recent presidential election “fake news.”

So, does it matter whether there were 31 or 34 licensed strip clubs on a given day in Las Vegas, as D’Agata wrote in the first paragraph of his essay? It’s not a rhetorical question. ◀

“I think that’s always a dangerous thing for any artist, to have too much attachment to what they’ve

created. There is a balance. But I don’t think there are any entirely correct moral positions [in this play].” — Nicholas Ballas

▼  The Lifespan of a Fact