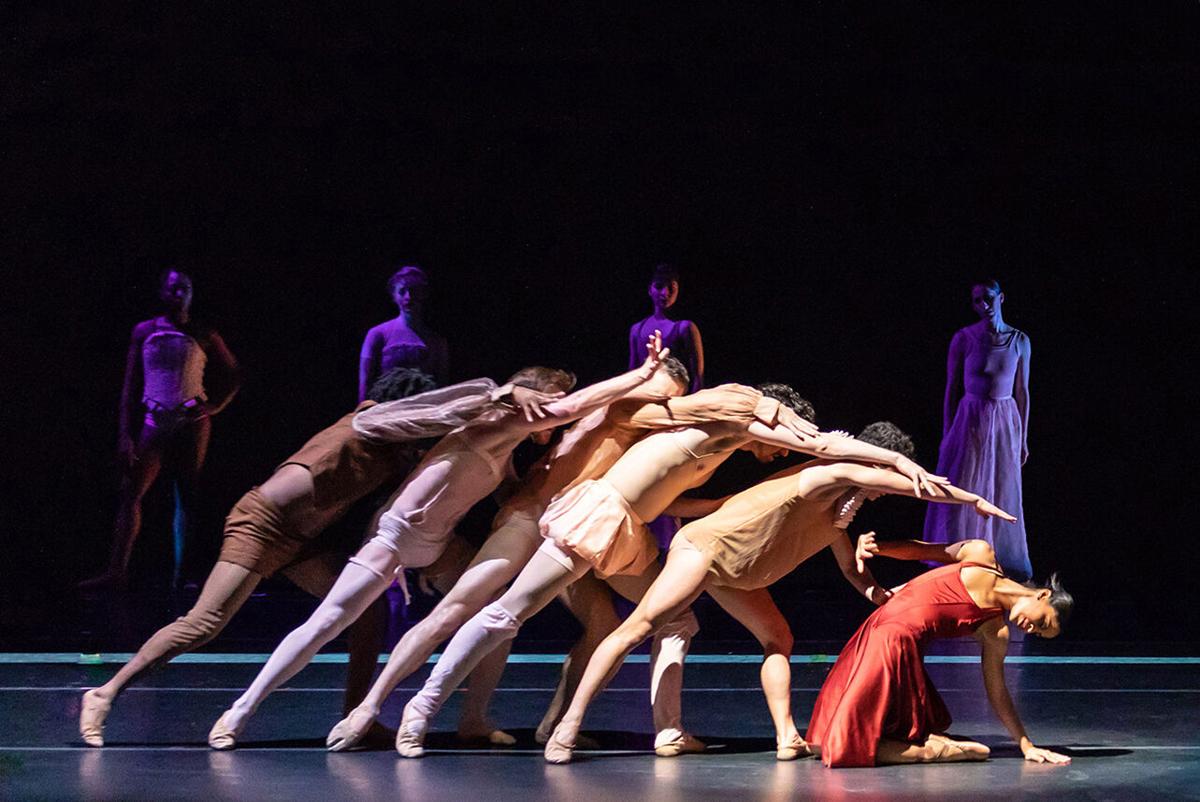 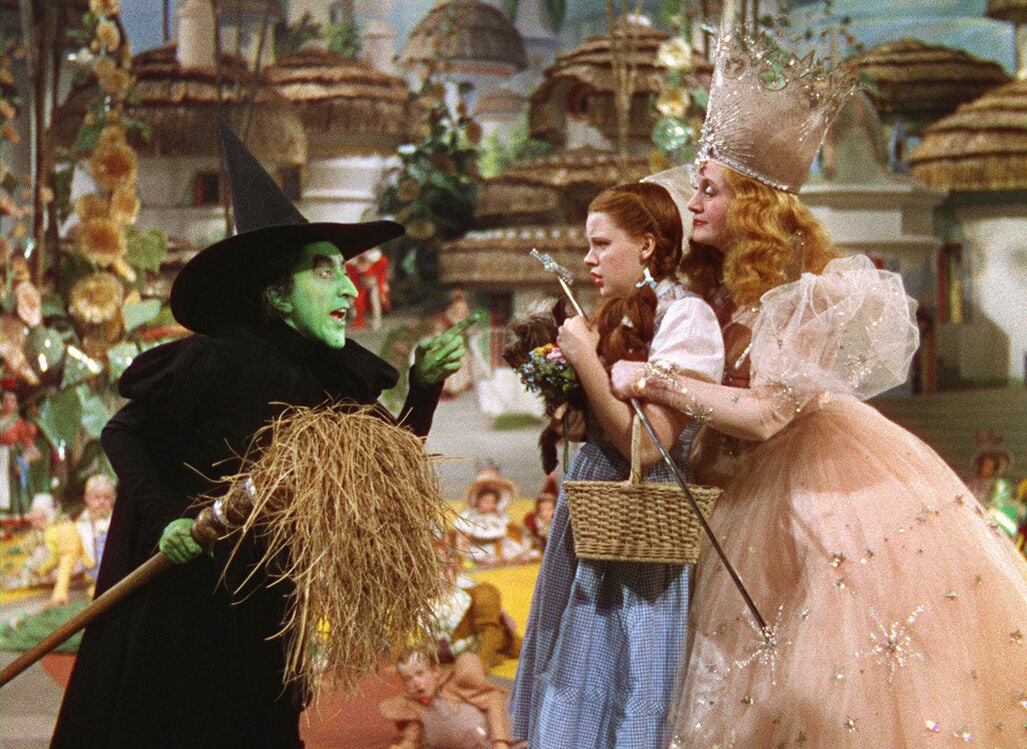 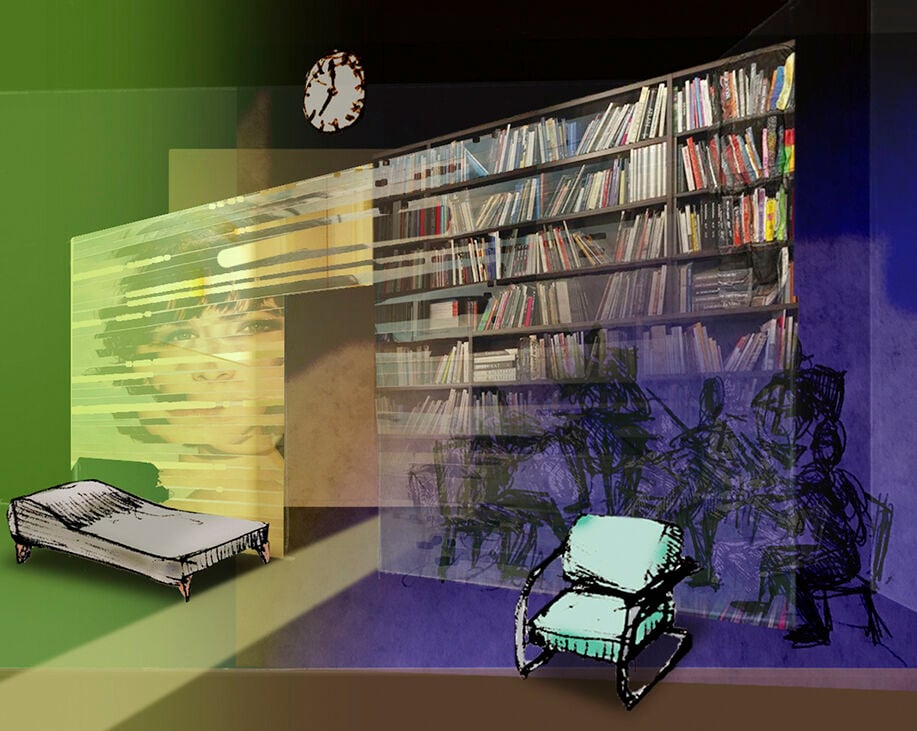 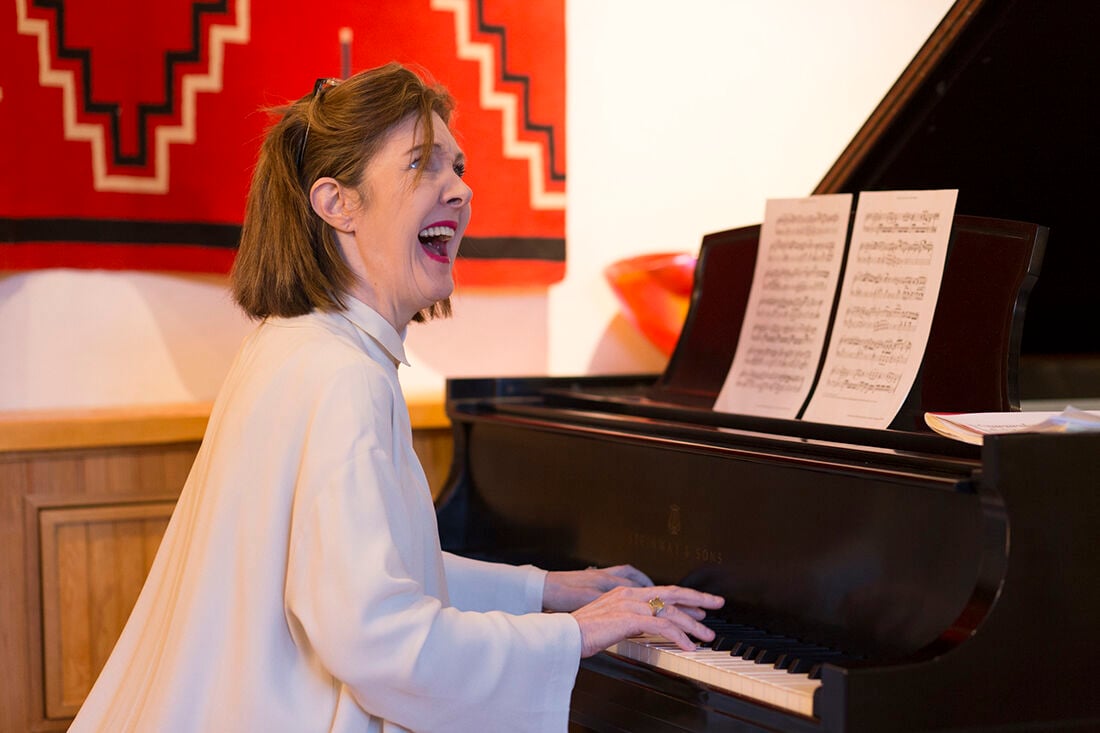 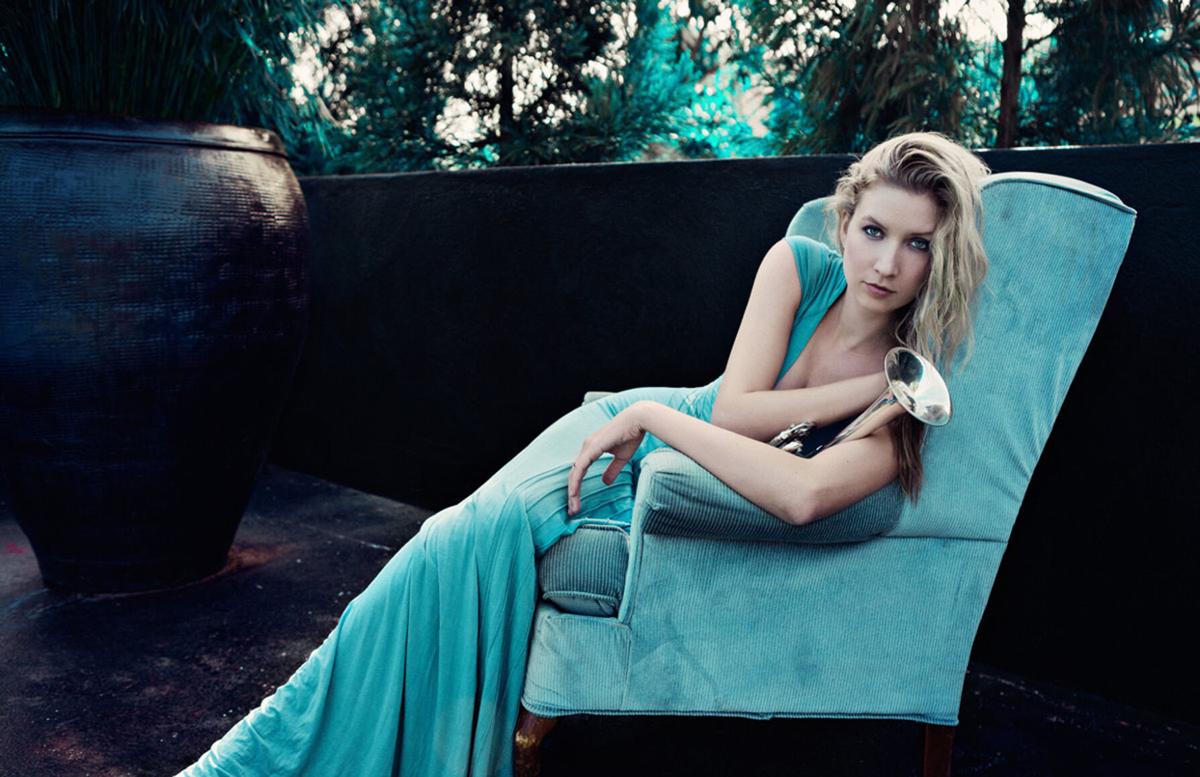 With the welcome news about the state’s progress in the coronavirus public health campaign comes equally encouraging news about the prospects for our summer classical music festivals, along with 2021-2022 season announcements from our fall/winter/spring companies. The summer festivals are anticipating that capacity restrictions at some level will be in place for their performances. In addition to fewer tickets being sold, patrons can also expect to see contactless ticketing (a purchase confirmation sent by email or text message to the buyer, which is then scanned at the event), staggered entry times, shorter performances with fewer intermissions (except at the Santa Fe Opera), and staggered exiting after the performance ends.

Since this is a constantly evolving situation, check with the individual companies for the most up-to-date information as performance dates near.

The Lensic is both a rental space and a presenter, with the larger share of its events coming from the rental side, as well as the operator of a box office that sells tickets for many different groups. When the pandemic shut down live performance in the spring of 2020, it had to make some of the most draconian personnel cuts among Santa Fe groups, since there was no income stream to keep production and ticketing personnel employed.

Now, it’s starting to rebuild its staffing in both areas. Some groups have been renting the space for socially distanced recording sessions recently, and the Lensic will reopen in June for films and smaller-scale music events, starting with screenings of The Wizard of Oz at 7 p.m. on June 17 and 19.

Executive Director Joel Aalberts recently told Pasatiempo that “restoring trust in live performance- going is our top priority. When we surveyed our patrons several months ago, the overwhelming response was, ‘We’ll be very excited to get back in person, but please don’t make the mistake of reopening too big too soon!’” 505-988-1234, lensic.org

Performance Santa Fe has announced 23 performances for its 2021-2022 season, opening on Sept. 21 with a piano recital by Marc-André Hamelin and ending on May 27 with a unique duo performance by tap dancer Caleb Teicher and pianist Conrad Tao. The new season’s scope is slightly smaller than past years, due in part to the loss of the vocal recitals presented in collaboration with the Santa Fe Opera during recent summers.

Classical music highlights include piano powerhouse Yefim Bronfman’s all-Beethoven recital on Oct. 22, an evening of string sextets by Brahms, Dvoˇrák, and Bruckner on Nov. 2, and an unusual one-evening mini-marathon of J.S. Bach’s six cello suites by Alisa Weilerstein on Jan 27. The genre-defying cabaret artist Meow Meow makes her Santa Fe debut on March 24, while jazz offerings by vocalist Cécile McLorin Salvant and the Vijay Iyer Sextet take place on Feb. 8 and May 20, respectively.

Perhaps the most compelling offering comes on April 3 with Lucy Negro Redux, a new dance-with-text piece from the Nashville Ballet. It’s a reexamination of the “dark lady” of Shakespeare’s sonnets by poet Caroline Randall Williams, based on the premise that she was Lucy Negro, a Black woman who owned a London brothel. The score is by Rhiannon Giddens, a specialist in American roots music who won a Grammy Award and a MacArthur Foundation “genius grant.” Sales open on July 26. 505-984-8759, performancesantafe.org

The Chamber Music Festival announced its 2021 season schedule in July but held off on launching ticket sales until recently. Orders began on June 1, with specific seats being assigned closer to the season, which begins on July 18 and runs through Aug. 23.

The world premiere of A Song for Mahler, a new chamber opera composed by Artistic Director Marc Neikrug, takes place on Aug. 19 and promises to be one of the festival’s highlights. It features mezzo- soprano Jennifer Johnson Cano and baritone Kelly Markgraf, in a production directed by Doug Fitch. J.S. Bach’s Goldberg Variations are scheduled for Aug. 21 in an arrangement for string trio. Earlier in the season, Mark Kosower performs his complete suites for solo cello, three on July 31 and three on Aug. 7.

Given the small seating capacity of St. Francis Auditorium — 450, during the best of times — many of the performances can be expected to sell out because of coronavirus-related restrictions. “We’ve begun the planning to add additional performances of some concerts,” Executive Director Steven Ovitsky said in an interview. “Which ones depends on three factors: the demand for tickets, performer availability, and the capacity regulations that are in place at the time we have to decide.” 505-982-1890, santafechambermusic.com

The Desert Chorale moved its repertory plan for large-scale concerts from 2020 to 2021, with 11 performances of three programs, all at the Cathedral Basilica of St. Francis of Assisi. Its season opens on July 18 with The Jew and the Gentile ( July 18 and 27, Aug. 4), featuring music by 17th-century contemporaries Salamone Rossi and Claudio Monteverdi. The Roaring ‘20s (July 23, 25, 31, Aug. 5) looks back a century at works by classical composers Lili Boulanger, Claude Debussy, and Francis Poulenc, and by Broadway tunesmiths Irving Berlin, Cole Porter, and George Gershwin. East Meets West (July 30, Aug. 1, 3, 6) highlights contrasting musical styles by composers from China, Japan, Korea, and the Philippines, and includes the premiere of a commissioned work by Indian-American musician Reena Esmail.

The number of major concerts is similar to that of years past. What’s different for 2021 is the absence of smaller-scale vocal events. Chorale Executive Director Emma Marzen is planning for their return in 2022, along with that of another chorale tradition: the audience meet-and-greet with performers following each concert, which is a coronavirus casualty for this summer. Ticket sales open on June 1. 505-988–2282 or desertchorale.org

The biggest reopening news comes from the Santa Fe Opera, which is ending its pause on ticket sales for the 2021 season, having worked through a waiting list backlog of about 1,400 names. The opera is also turning its lower parking lot into a drive-in for simulcasts of all performances in the season, except the two apprentice scenes performances in August. The sound will be broadcast on an FM stereo frequency for in-car listening.

No standing-room tickets will be sold this year and the popular preview buffets have been canceled. The company is planning virtual replacements for the backstage tours and pre-show prelude talks.

The opera season starts a week later and has one fewer production than usual this year. It includes new stagings of Mozart’s Marriage of Figaro ( July 10 to Aug. 27), Tchaikovsky’s Eugene Onegin ( July 24 to Aug. 26), and Benjamin Britten’s Midsummer Night’s Dream ( July 31 to Aug. 25), as well as the world premiere of John Corigliano’s Lord of Cries ( July 17 to Aug. 17). Soprano Angel Blue is featured in a concert with the opera orchestra on Aug. 7.

The self-imposed hibernation is about to end for Santa Fe Pro Musica. It went dark for the entire 2020-2021 season, following a hoard-resources-for-the-future strategy unique among Santa Fe cultural organizations. They’ve taken advantage of the hiatus to become the first fall/winter/spring group to announce a season and begin marketing tickets.

Its three traditional pillars are intact, with four pairs of orchestral concerts at the Lensic (Sept. 25 and 26, Nov. 6 and 7, Jan. 29 and 30, April 30 and May 1), Christmas (Dec. 18 to 24) and Holy Week (April 14 to 16) events at Loretto Chapel, and a string quartet series at St. Francis Auditorium (Oct. 17, Feb. 13, Feb. 19, March 6, and March 27). The season-opening orchestra concerts feature the group’s new artistic director, pianist Anne-Marie McDermott, and conductor-pianist Benjamin Hochman in a Mozart and Beethoven program; the finale is the twice-postponed presentation of Haydn’s oratorio The Creation, conducted by Thomas O’Connor.

The symphony took the opposite track compared to Pro Musica’s coronavirus response, going all-in on streaming videos with high production values shot at various outdoor locations last fall and this spring. It returns to the Lensic in 2021-22 for six orchestral concerts, opening with an ingeniously programmed event on Sept. 12. It features the entire orchestra, but in sections, starting with the brass in a fanfare by Anthony Barfield, then continuing with the winds in Charles Gounod’s Petite Symphonie, and the strings in works by Steve Reich and Astor Piazzolla.

Two special events are particularly noteworthy. On March 4 and 5, the symphony and Performance Santa Fe are co-presenting the Martha Graham Dance Company in its iconic production of Aaron Copland’s Appalachian Spring, plus a new work to a score by Augusta Read Thomas. This is an increasingly rare opportunity to enjoy a dance performance with live orchestra instead of recorded music.

On Apr. 28, there’s an onsite re-creation of the legendary concert at the Cathedral Basilica conducted by Igor Stravinsky in 1960, which featured his Symphony of Psalms along with Mozart’s Symphony No. 38 and Haydn’s Sinfonia Concertante. Virtual programming will continue in 2021-2022 with two offerings from the Strata Chamber Music Series. Ticket sales are currently planned to begin on July 6. 505-983-1414, santafesymphony.org ◀