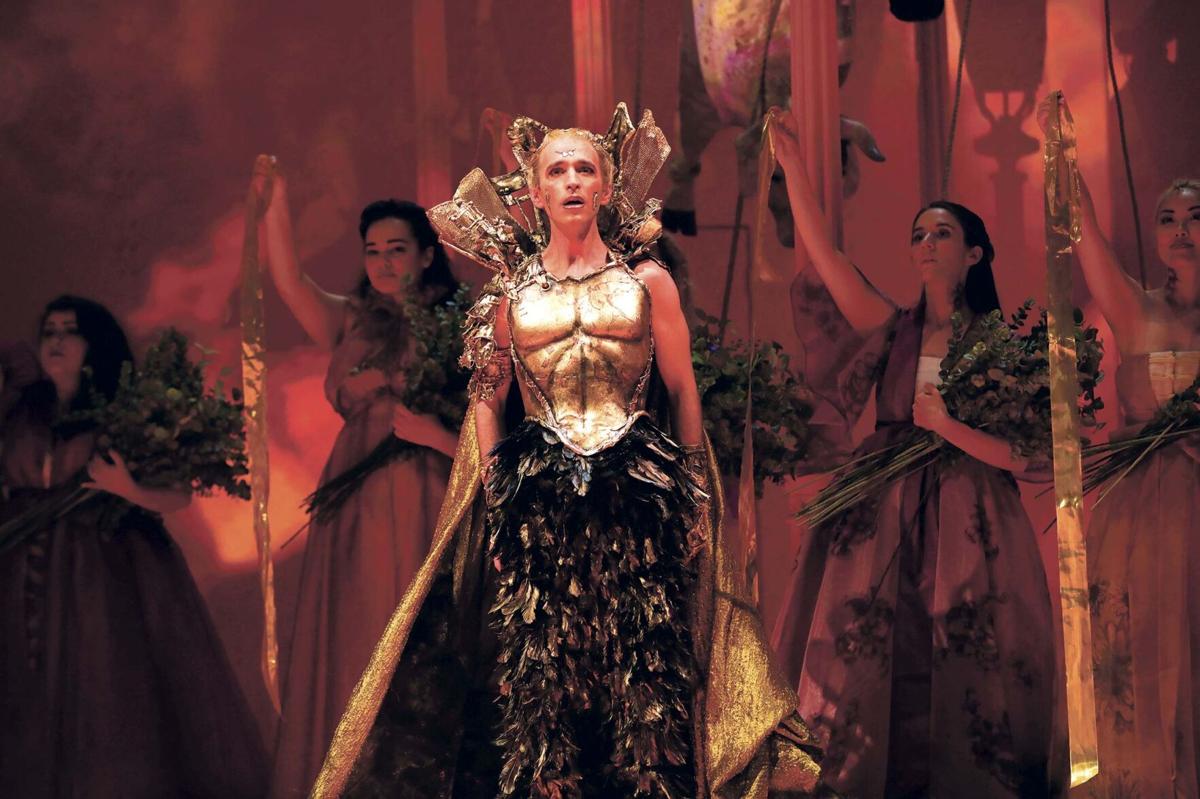 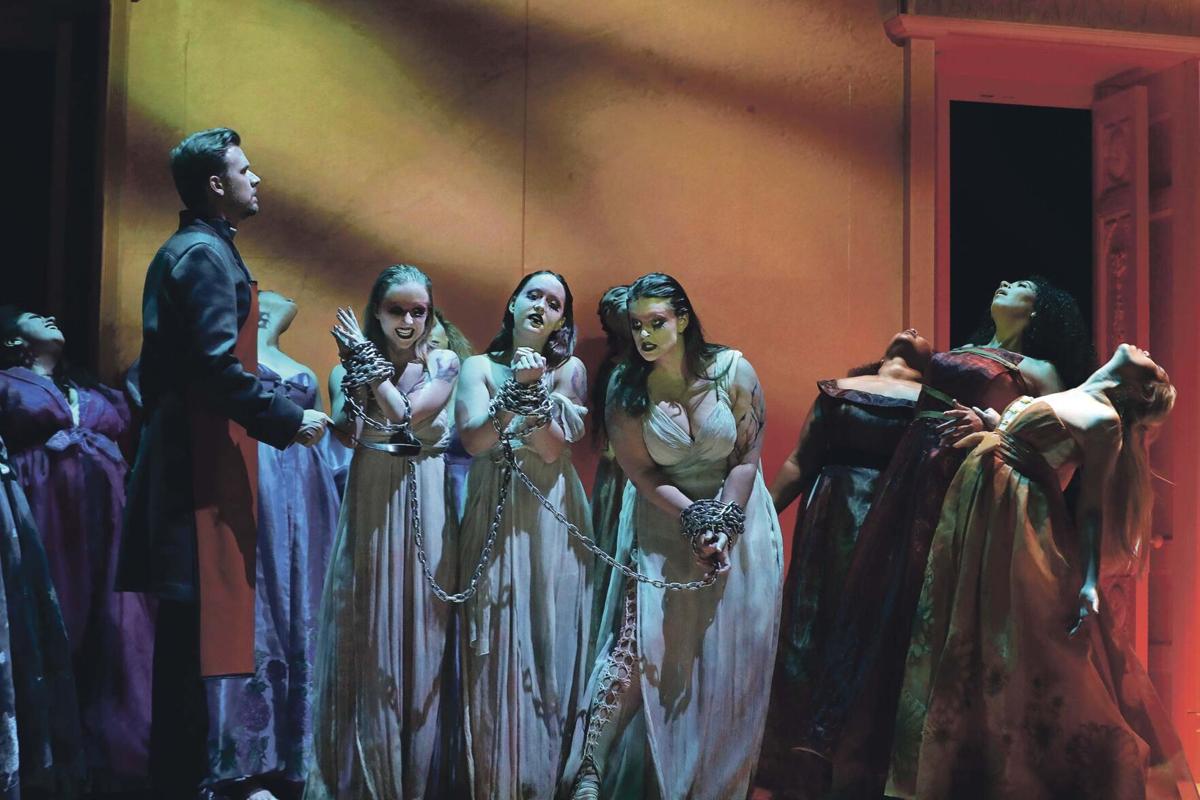 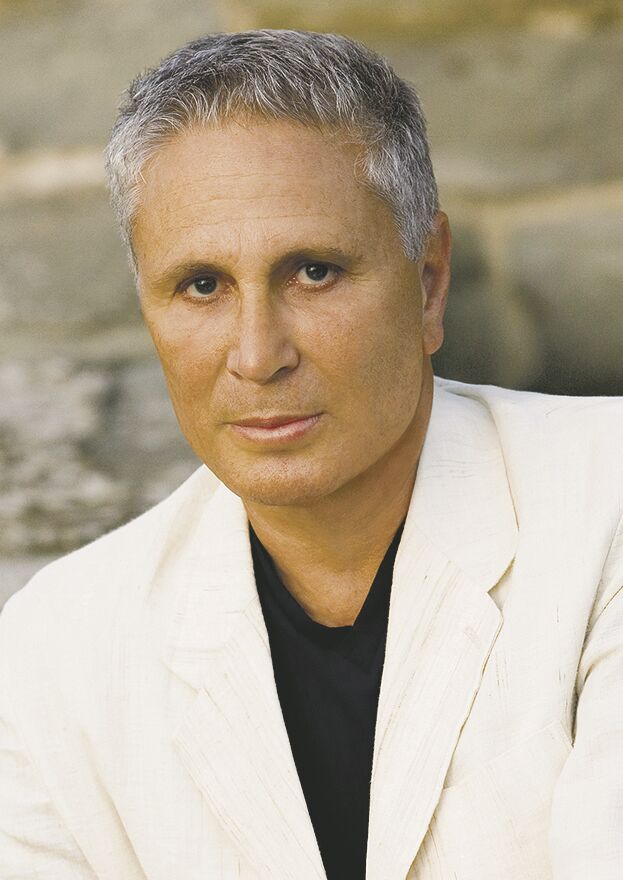 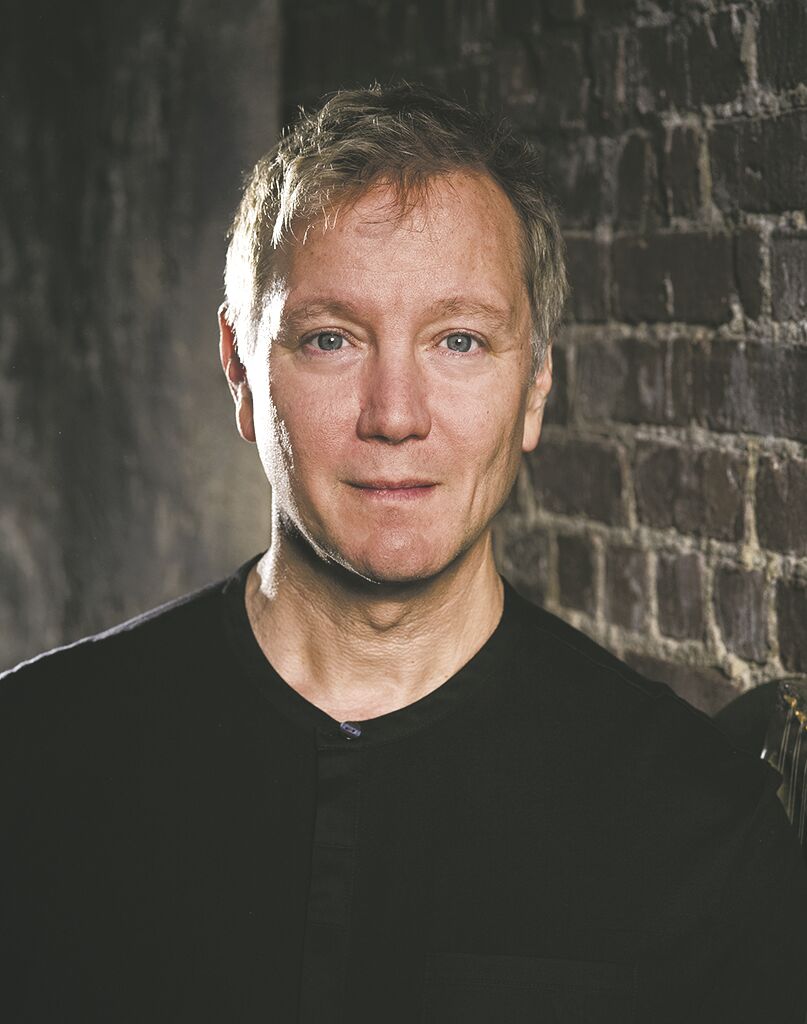 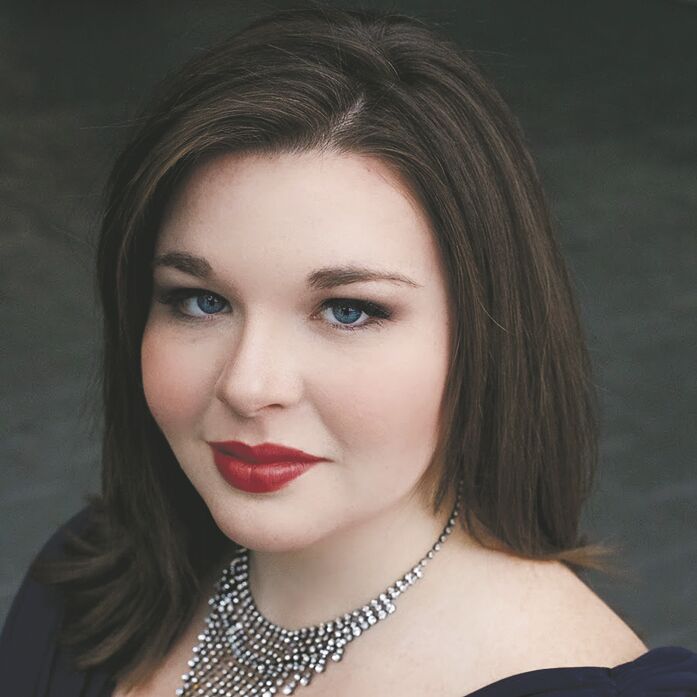 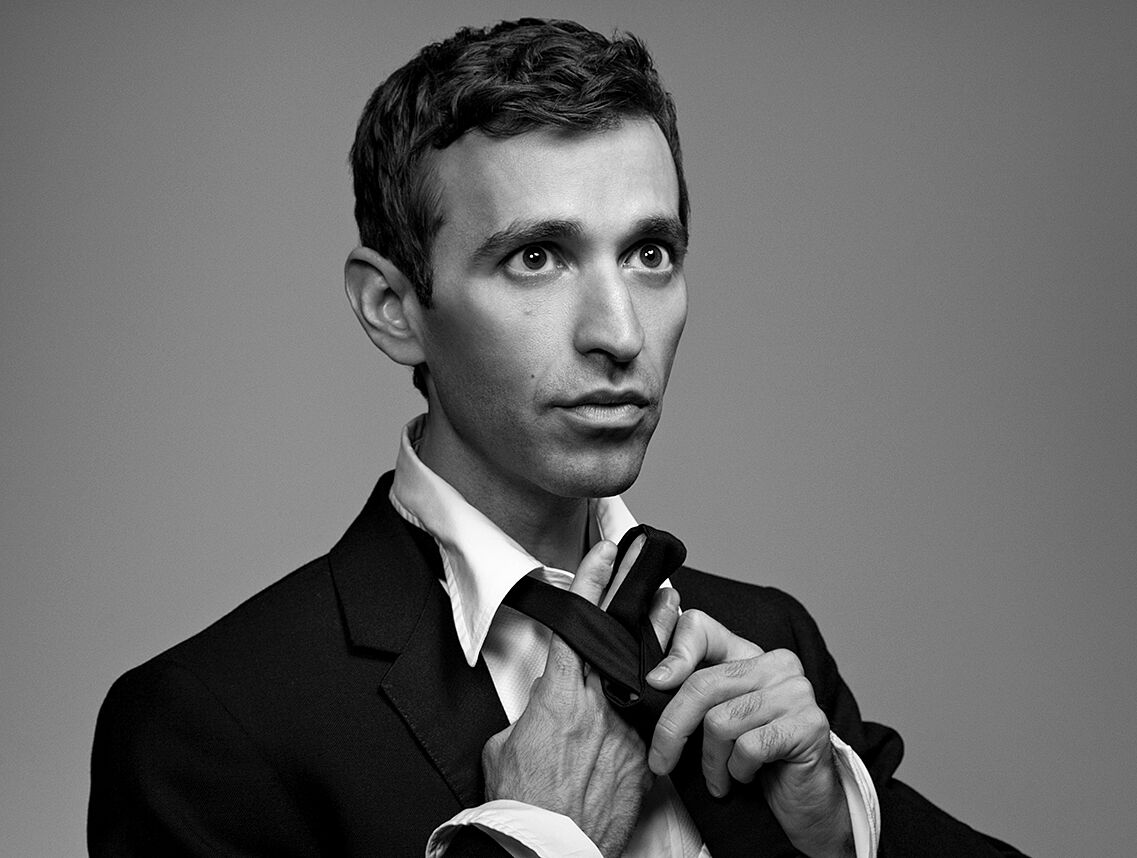 Married couples are often advised that they should never attempt certain things together, such as opening a business, because of the damage it can do to relationships. Fortunately for composer John Corigliano and librettist-composer Mark Adamo, who wed in 2008, writing an opera together doesn’t fall into the same category, at least not on the basis of their collaboration on The Lord of Cries. More than a decade in the making, their new opera has its world premiere at the Santa Fe Opera on Saturday, July 17.

The Lord of Cries started out in the early 2000s as a Dracula project for which Adamo was to write both text and music. “It was frustrating because I kept thinking that there was something fascinating underneath it all,” he says, “but neither the Bram Stoker novel nor any of its adaptations seemed to locate it for me. The one thing I felt strongly about was that it should focus on the stories of the men. The women are pretty levelheaded, for the most part. It’s the men in the novel who are strangely overwrought: constantly weeping and falling into each others’ arms and swearing eternal fealty and such.”

Adamo mentioned the project and his dilemma to William Hoffman (librettist for Corigliano’s first opera, The Ghosts of Versailles). He told Adamo, “Well, what you’re writing is Euripides. It’s The Bacchae.” Adamo got the Greek tragedy, read it, and realized “it was like finding the decoder ring. The Euripides solved all the problems I’d been having with the novel.”

In The Bacchae, the god Dionysus comes to Thebes to establish his authority and confront his cousin Pentheus, its king. Pentheus and his followers have denied Dionysus his rightful place by believing that he is not the son of Zeus and, therefore, not a god. The obstinate Pentheus refuses to acknowledge Dionysus’ power and, in the god’s ruthless vengeance, is ultimately dismembered by his family members.

“I did this Venn diagram and put the two together and omitted anything they did not share,” Adamo said. “There are so many points of overlap that it’s hard to believe Stoker wasn’t influenced by Euripides.” It’s certainly plausible since Stoker received a classical education at Trinity College, Dublin, and managed London’s Lyceum Theatre for 27 years, although little if any Greek drama was staged there at the time.

For the opera libretto, the most important correspondences between its two sources are Dionysus’ parallel to Dracula and Pentheus’ to John Seward, head of Carfax Asylum and one of the vampire hunters. Just as Adamo was about to submit his text to the company interested in producing it, he had a realization: His creation was perfect for an opera with music by his husband.

“I vowed never to write another opera after The Ghosts of Versailles,” Corigliano said. “I usually do just one of everything. But we wanted to do a project together, and this, with the world of the gods and their magic intervening with reality, is a great place for me to be musically. The idea of surrealism in music is something I really love. I could never write a totally realistic opera.”

Many a Corigliano score bristles with dramatic exuberance, but the process of creation has always had a far different character. “Composing is a battle for me,” he told an interviewer on Living the Classical Life in 2018. “I try to compose, and nothing happens for a while. It’s like squeezing a stone for a drop of water.”

His work on The Lord of Cries started in 2008, he recalls, and the full score (the tall one with each instrument’s music written out, as well as the vocal lines) was finished in 2019. It was an arduous process, but one that was made less difficult than usual by two factors. “Mark thinks very much in the same way as I do, in terms of building an architecture first before you ever start writing,” Corigliano said. “It was great to have the opera’s shape so perfectly constructed. It also helps to have a theatrical situation and words to guide you. When you start a symphony, all you’ve got is a blank piece of paper in front of you.”

Superstar countertenor Anthony Roth Costanzo started working with the composer on the role of Dionysus six years ago. “I may have been the first person John heard singing any of the music. After a while, it became clear that he was going to write Dionysus for me, which was thrilling. He never asked me whether I liked or disliked anything, but then he produced music that was a perfect fit for my voice. It was like having a tailor-made suit cut by someone who never took any measurements.”

Costanzo describes Dionysus as one of the most mysterious characters he’s ever played. “One of the big questions the opera asks is, ‘What is truth and what is artificial?’ ” he says. “On a fundamental level, are Dionysus and Dracula real, or do they symbolize a construct of religion or something else entirely? That feels very unique.”

The countertenor is also impressed by the different ways in which his character’s power is delineated in Corigliano’s score. Sometimes his vocal line is noted in a standard time signature and in strict rhythms, at others, it’s rhythmically free. “In those sections, I determine the tempo, so it gives me a kind of control with my voice,” he says. “There are times where the orchestra texture is very transparent, but after that, I’m often supported by the entire chorus, and other characters, and the orchestra, so I get to sail on top. It’s really a dream role that it runs the full gamut of expression and dynamics.”

The rarefied world of the classical music countertenor may seem a long way from the razzle-dazzle of Broadway, but Costanzo credits the latter with much of his operatic success. His youthful experience, there and on national tours, includes Falsettos, A Christmas Carol, and The Sound of Music. For the latter, think Kurt (“I’m 11. I’m incorrigible.”) and Friedrich (“I’m 14. I’m a boy.”). “At the core of my being are theatrical instincts that were honed early on by those experiences,” he says. “Even when I’m warming up, I work on imparting an emotional sensibility to what I’m singing. They’re never just notes.”

Like Costanzo, soprano Susanna Phillips (who was recently replaced with Kathryn Henry) takes a storyline-first approach. “My process with a score that’s new to me is always the same,” she says, “whether it’s by Mozart or Handel or a contemporary premiere. I start with the text for the piece and also read any related material, which for The Lord of Cries meant the play and the novel. Then I look at the music to see how my character is being painted by the composer.”

In the opera, Phillips plays Lucy Harker, who’s a synthesis of the two major female characters in the novel, Mina Harker and Lucy Westenra. (Merging the two characters isn’t an Adamo invention; other adapters have done the same thing to help focus the novel’s diffuse plot.) “At first, Lucy’s vocal line is very lyrical, very tonal,” she says. “Of course, when she begins to unravel, it becomes more passionate and more ‘operatic.’”

Phillips describes her journey through Lucy’s emotional world as a fascinating personal exploration. “Part of me definitely identifies with what she’s going through. Lucy starts out buttoned-up and repressed but, by the end, she’s discovered her humanity, even as it leads to her undoing.”

In James Darrah, the Santa Fe Opera seems to have chosen an ideal director for the piece. The Los Angeles-based Darrah fervently believes in using every available art form and production technique in opera, especially film, projections, and sound design. “Opera needs to make use of contemporary tools,” he says. “I want it to feel alive and current by engaging with today’s world.”

Projection designer Adam Larsen is also a filmmaker, and Darrah extols the cinematic eye he brings to his work. “I like it best when people don’t notice that projections are being used,” the director says. “In The Lord of Cries, we’re going to be painting with light, creating subtle variations in space and time.” Projections will also be used to create onstage haze and fog, something otherwise impossible on an open-air stage in a windy location.

During staging rehearsals, Darrah has been adding the women’s chorus to many scenes in which they don’t sing. “Dionysus is empowered only when women are driving the story,” he explained. “You have to give yourself totally to the wild ride of the piece.” The Act I finale — a ritualized bacchanal with Dionysus and the women — promises to be one of the wildest parts of the ride. Darrah describes its staging as “bold,” and cast members say nothing quite like it has ever appeared on the Santa Fe stage.

When asked what he hopes opening night audience members will tell their friends about the opera, the director is quick to say, “The Santa Fe Opera just did something audacious, exciting, and impossible to describe. You’ve got to see it.” ◀

'The Lord of Cries': History, plot, and other interesting tidbits

Megan Moore in 'The Lord of Cries'

For an apprentice artist at Santa Fe Opera, being given a solo role in a world premiere is a feather in her cap — a big, boldfaced résumé entry — and a career-building honor.

Also at the opera

The Marriage of Figaro offers sterling performances, but, ultimately, a mixed bag

Considered one of the greatest operas by one of opera’s greatest composers, its deliciously complex plot centers on the impending marriage of two servants, Figaro and Susanna, and the several threats to its successful execution.

The Santa Fe Opera production (which continues 8:30 p.m. July 23 and at 8 p.m. Aug. 3, 10, 14, 18, 21, 24, and 27) was a mixed bag. A fine young cast and impressive orchestra were badly served by a promising scenic concept gone astray. Designer Chantal Thomas’ set is dominated by a large turntable that looks like the face of a pocket watch; it rotates to reveal several different interior settings, powered by a set of large gears visible on stage left.

To read more of Mark Tiarks’ review, go to pasatiempomagazine.com.

We saw the premiere last night. By all means, GO! In over 40 years of going to the opera at Santa Fe, it's one of the most memorable premieres I have seen there. Such a treat. Remember your mask, tho- they are required and it is enforced.