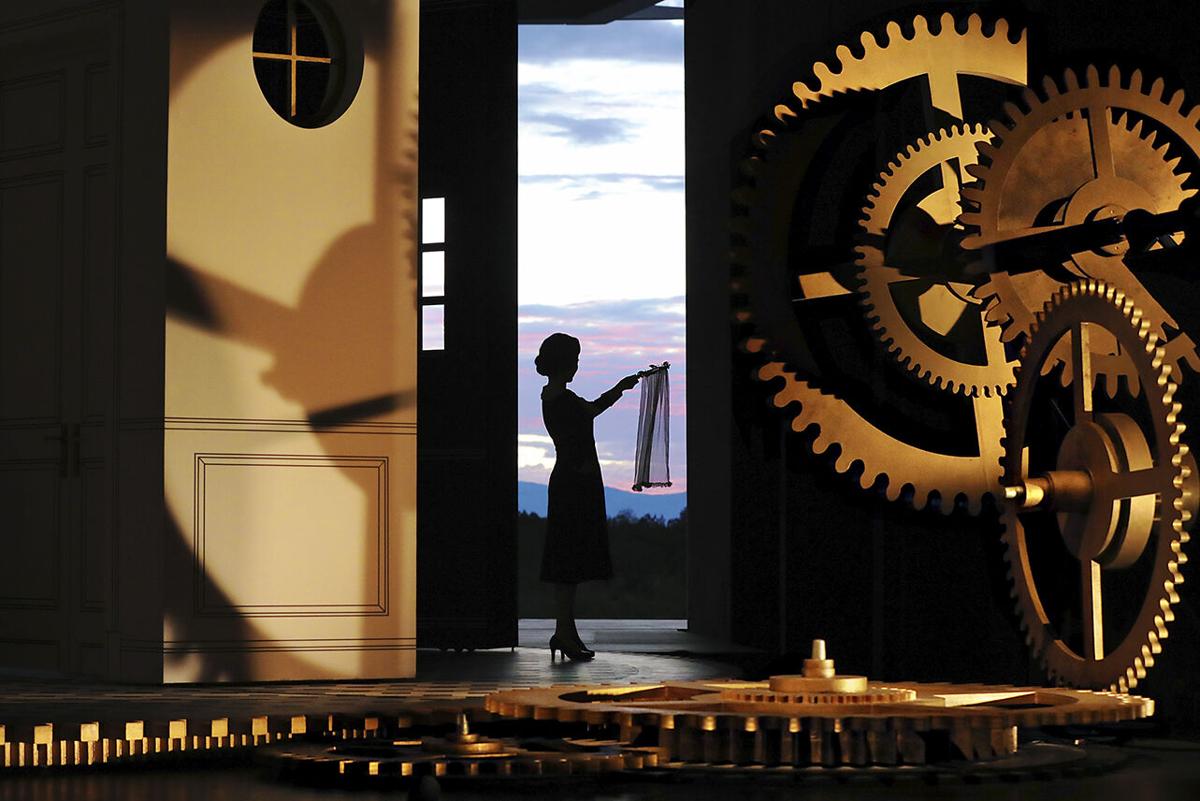 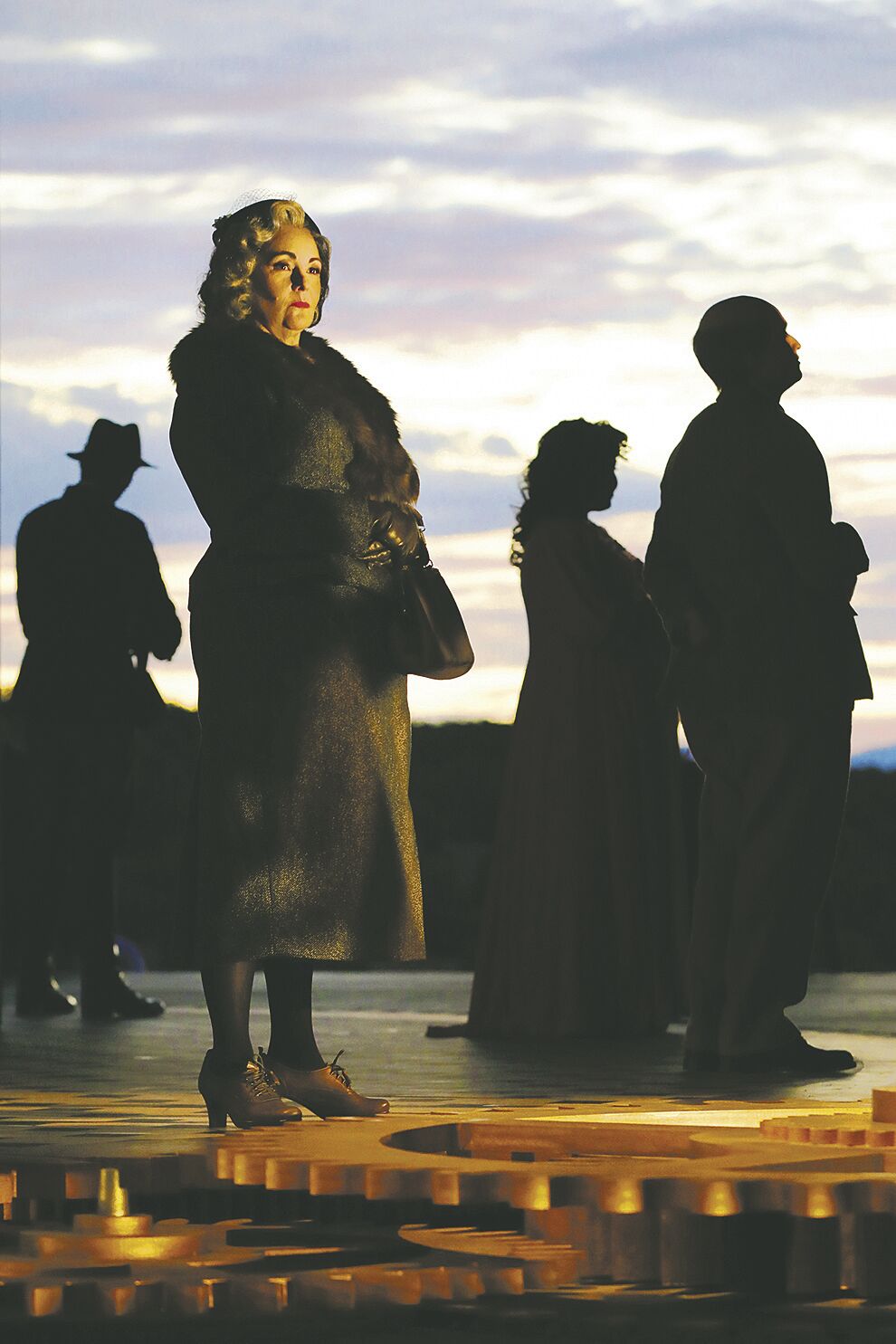 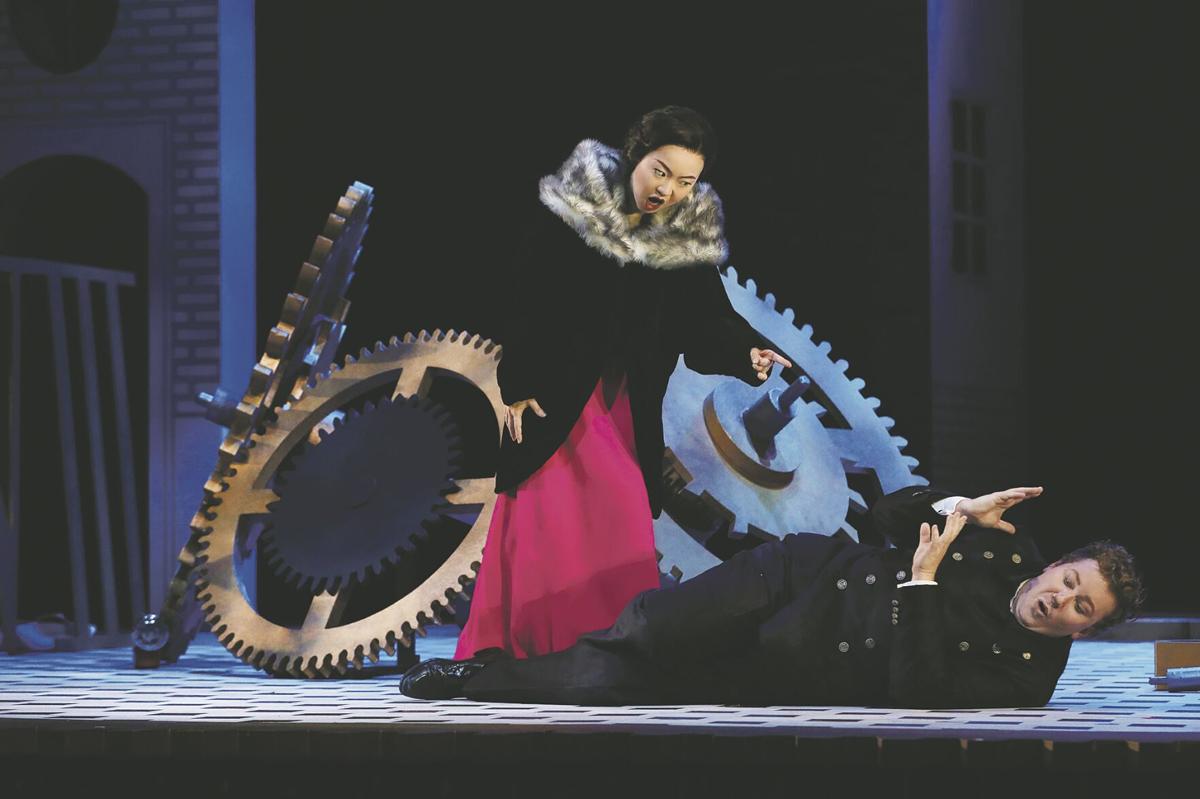 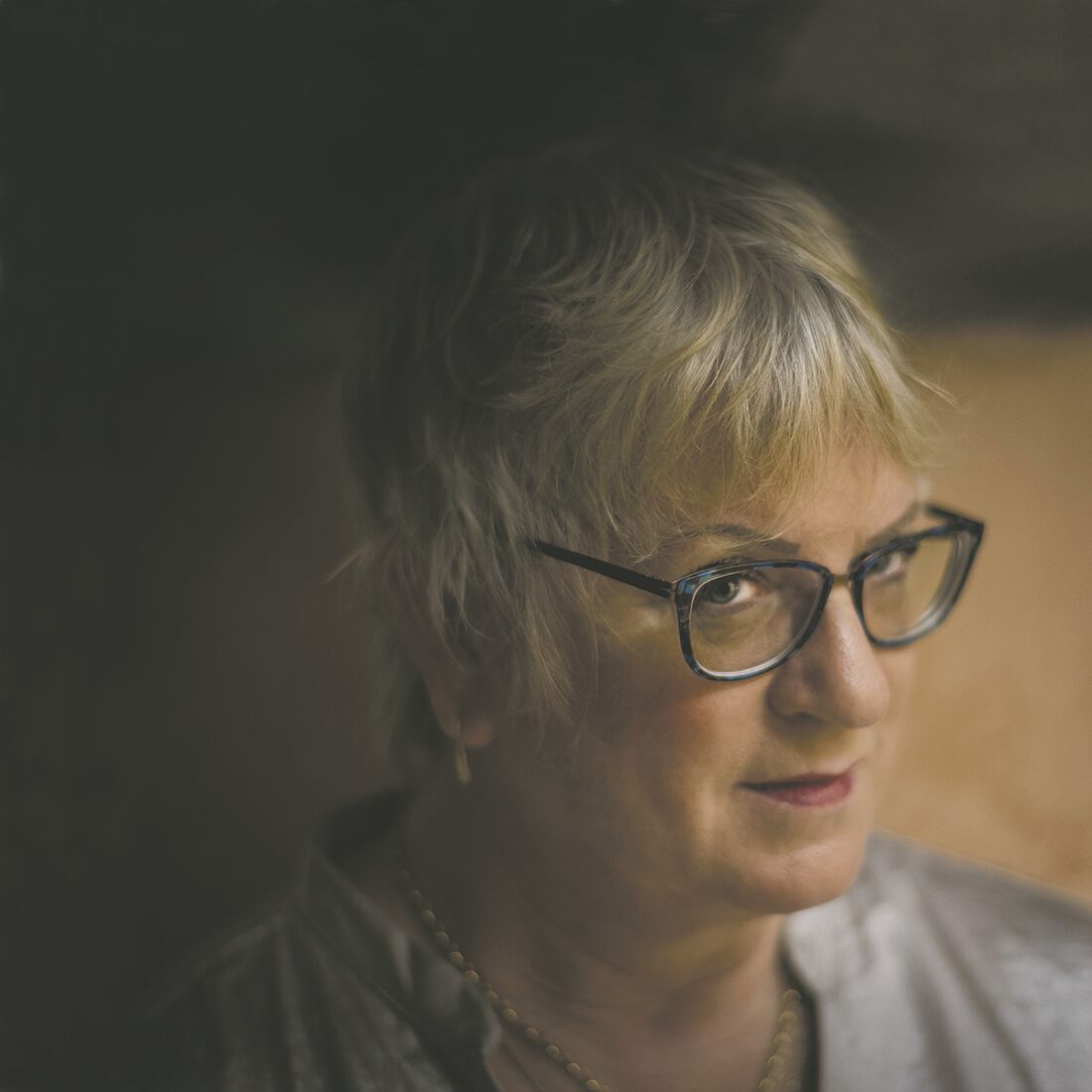 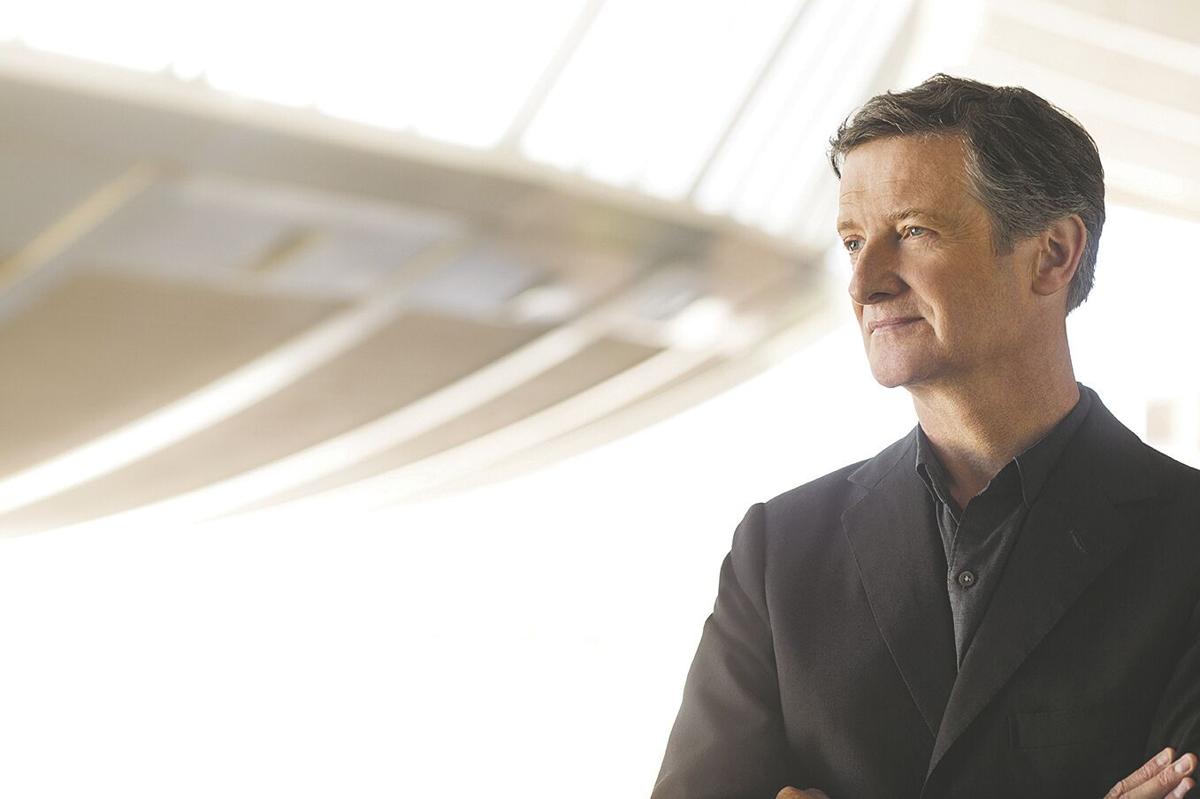 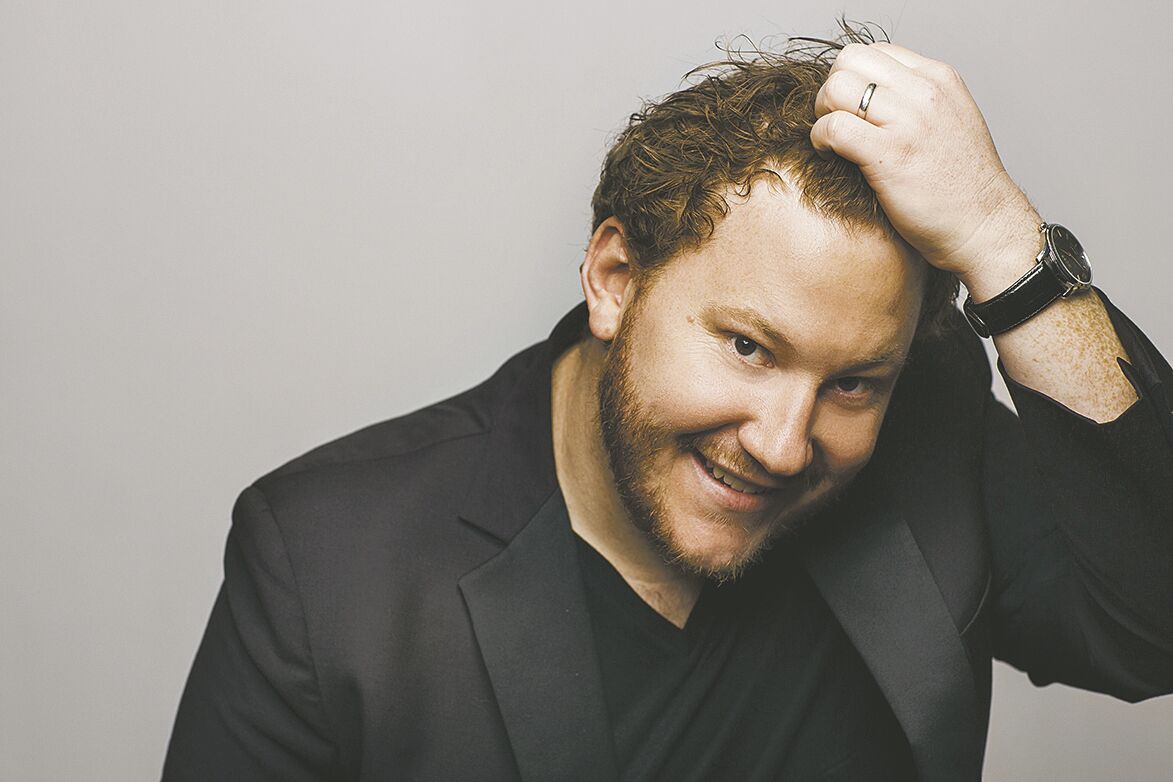 When the Santa Fe Opera’s new production of Mozart’s Marriage of Figaro opens on Saturday, July 10, it will be a novel type of premiere: It’s the company’s first opera staged by a trans-Atlantic directing duo. The all-French production team of director

/costume designer Laurent Pelly, scenic designer Chantal Thomas, and costume designer Jean-Jacques Delmotte is stuck in Paris because the opera hasn’t been able to secure international travel documents for them.

Fortunately, Laurie Feldman, Pelly’s favorite directorial assistant, was available, thanks to the understanding of director Robert Carsen, who released her from a production in Italy that was about to go into rehearsal. The American spent two days huddling with Pelly in France before heading to Santa Fe, where she’s getting the production on its feet and conferring with Pelly every morning at 7 a.m. to review video segments from the prior day’s rehearsal.

“It’s completely crazy,” Feldman says. “None of us has ever done anything like this before. Santa Fe called me about two weeks before rehearsals began, but I’m here and we’re making it work.” She depicts her role as being the production’s “midwife,” and her goal is to execute Pelly’s vision for the production as much as possible under these unique circumstances. “Laurent has a very particular directorial style, as Santa Fe audiences know. It’s something he’s been perfecting for 40 years.”

She described an example of their collaborative process as it related to three comic characters, Marcellina, Basilio, and Bartolo. “We looked at rehearsal video of them and decided the initial feeling was too close to the traditional buffo style. Instead, we’re giving it a feeling of Chekhovian humor. Our image for them is that they’re a group of crows, a murder of crows, as it’s known, a term which aptly describes the characters’ personalities.”

The production’s design concept comes from the play by Pierre Beaumarchais (called The Crazy Day, or The Marriage of Figaro) upon which the opera is based. The playwright’s first career was as a watchmaker, and the set is dominated by gears powering a giant clock face that rotates to indicate the passage of time. “I thought it was completely fascinating when I first saw it,” Feldman says. “We were onstage yesterday and discovered that it works beautifully. It’s going to be truly magical.”

When asked about her initial thoughts when the opera called to ask her to take over the production, Feldman says, “The second thought was that my head started to spin. I’m a little embarrassed to tell you that my first thought was, I can’t go to Santa Fe; I’m on a diet! I’ve worked for the Santa Fe Opera before, and I know how irresistible the food here is.”

Conducting and stage direction may seem like two very different things, but for Harry Bicket, the ideal is achieved when they seem like one. “As a conductor, I have to try to match what’s going on onstage,” he says. “I can’t bear productions where it seems like one thing is happening onstage and another in the pit. For me, great opera is when you don’t notice the joins, so that you get this complex organism that just gels.”

On this side of the Atlantic, Bicket is the opera’s music director, and its orchestra is an all-purpose group that plays repertory from the 17th century to world premieres. At his London home base, he leads The English Concert, a highly regarded period-instruments group that specializes in the historically informed performance of Baroque and Classical-era music. When he conducts such pieces in Santa Fe, he bridges the distance between the two, something that wouldn’t have been possible until relatively recently. “Players here today are much more used to the things I ask them than they were 20 years ago. Now, there are enough people like me working, so it’s not a brand-new idea for the strings to play on the middle of the bow, rather than the point.”

Bicket also wants his players to approach their music in what he calls a rhetorical way, a concept that’s very central to 18th-century music. “By rhetoric, I mean theatrical gesture,” he says. “So, a scale in the violins isn’t just a perfect sequence of adjacent notes, but a flash of lightning or a rising hope. We talk a lot about matching our articulation to the Italian text so that we don’t just sing, we also speak.”

Does Bickett have a favorite among the less-celebrated arias and ensembles in Figaro? He cites Susanna’s first solo. “Everyone thinks she has a single aria, ‘Deh vieni, non tardar’ in Act IV, but she also has an earlier one in Act II when she and the countess are dressing Cherubino in women’s clothes. Other composers might just toss off something banal here, but Mozart never does that. It’s a very simple number, but the orchestration of it and the way he colors it with the woodwinds is absolutely extraordinary. I take a lot of care over that one.”

At interview’s end, Bicket also disclosed a real-life circumstance that will affect how attendees view the relationship between Count and Countess Almaviva. “Vanessa Vasquez, our countess, is pregnant and, of course, will be noticeably more so as we go through the run. It adds an entirely new frisson to her story.”

Nicholas Brownlee is another last-minute participant in the SFO’s Marriage of Figaro, with the originally contracted performer also unable to travel from overseas due to visa issues. The young American bass-baritone had a little more than two weeks’ notice before rehearsals began here, in a role he hadn’t sung in quite a few years.

What did he do first? Perhaps brush up on “Non più andrai,” Figaro’s famous aria that ends Act I, or dive back into those complex ensembles and long act finales? No, he did a little reading. Quite a lot of it, in fact, since he was reading through the texts of all the recitatives Figaro has. (Recitatives are the semi-sung sections in between the arias and ensembles.)

“The recitatives will absolutely kill a Figaro production if they aren’t done well,” Brownlee says. “I know my colleagues can carry me to a degree while I’m catching up to where they are in preparation for the ensembles, but no one can do that for you in the recits. And it’s imperative that you know what the other people are saying, so you’re having a real conversation. It’s like doing a Chekhov play; they have to be that tight and that crisp.”

Brownlee was a Santa Fe Opera apprentice during the 2014 and 2015 seasons, an experience he credits with launching his professional career. He describes 2014 as “a typical first year for an apprentice,” singing in the choral operas and understudying some roles, while 2015 was “totally wild.” “I was in all the operas, and covering more roles, and took over The First Soldier in Salome from someone who dropped out just before the season began. I set the Santa Fe Opera record for apprentice overtime pay that year, and I think it still stands.”

He’s now a full-time resident in Germany and has been doing a lot of Richard Wagner and Richard Strauss lately, in such roles as Kurwenal (Tristan und Isolde), Jokanaan (Salome), and the title character in The Flying Dutchman. Brownlee says he’s glad to be back doing Mozart and is enjoying the challenges it brings. “In Wagner, you can ride the orchestra to the end of the piece, but Mozart takes so much meticulous effort to sing it beautifully and unaffectedly so you can get out of the way of the music, which is very important and very difficult.”

Brownlee comes from an athletic background, and he’s also relishing the physicality required for the role. “To be a good Figaro you need this bouncy, bubbly energy,” he says. “In the first scene, in addition to singing at altitude, I’m picking Susanna up and twirling her around and running all over the stage. Figaro’s the fixer, the guy who has the answer for everything. The comedy has to be very quick to fit with his personality.” ◀

'The Marriage of Figaro': History and background

The history and background behind The Marriage of Figaro.

Apprentice Artist Lindsay Kate Brown is taking over for the last two performances of Marriage of Figaro this summer.