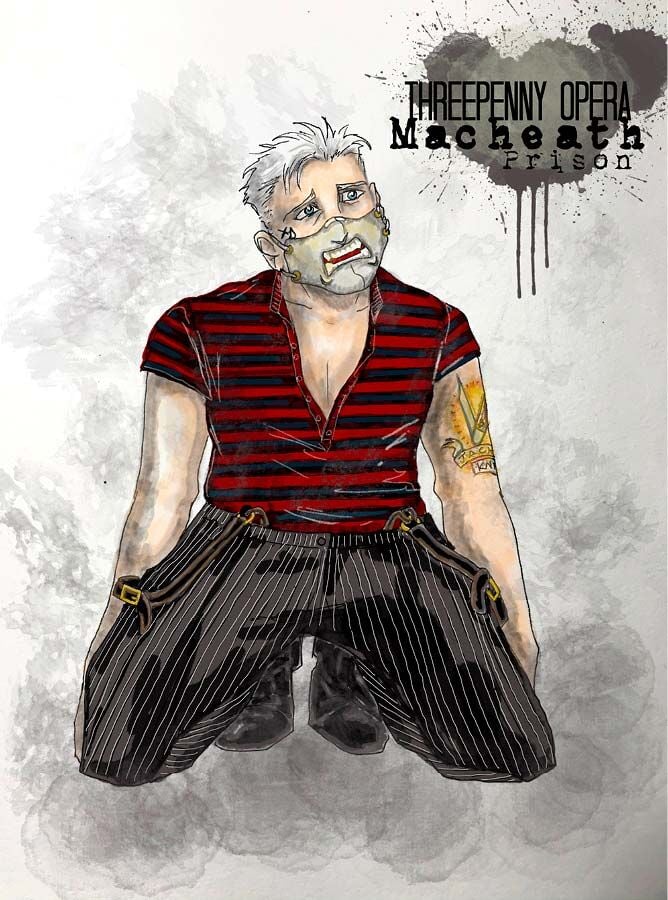 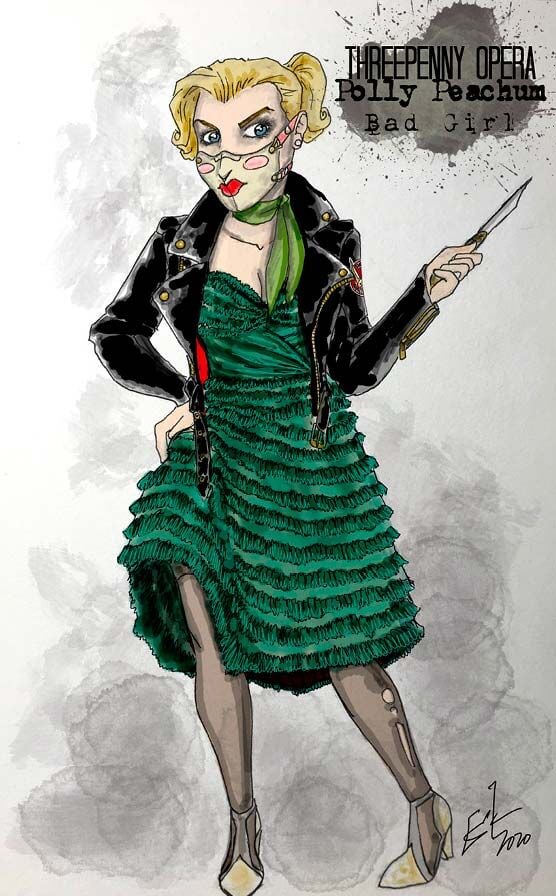 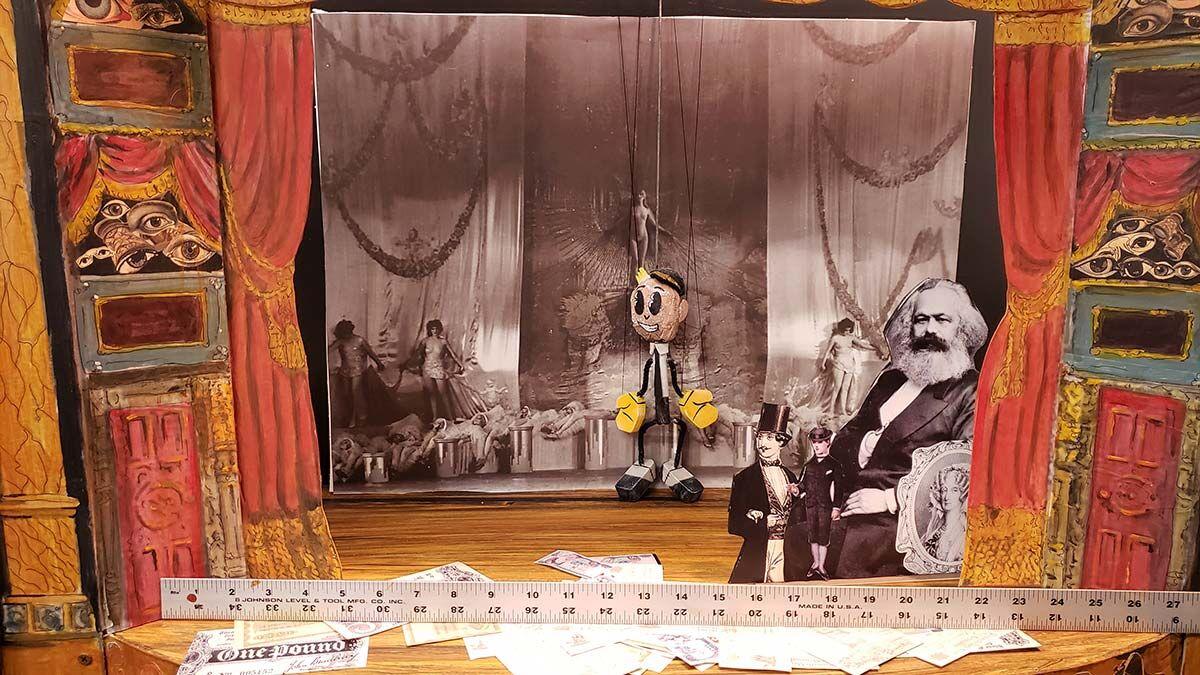 Last October, the Atlanta Opera became one of the country’s first opera groups to return to live performances, with two one-act operas staged under a tent set up on a baseball field. Of course, it was possible in part due to the state’s laissez-faire approach to coronavirus issues, but the company took extensive safety precautions, and no virus cases were traced to the presentations. Two more such Big Tent Productions are now underway, reduced-scale versions of Georges Bizet’s Carmen and The Threepenny Opera of Bertolt Brecht and Kurt Weill, the latter staged in a unique partnership with the Atlanta Center for Puppetry Arts.

“The puppetry center is an incredible jewel,” the opera’s General and Artistic Director Tomer Zvulun told Pasatiempo recently. “We had a short scene with puppets in Pagliacci last fall, in the commedia dell’arte section. Afterwards I told Jon Ludwig, its artistic director, that I was dying to do Threepenny Opera with puppets, and he said, ‘This is my favorite piece! Let’s make it happen.’”

The inspiration for using puppets came from an unusual source — Zvulun’s two young girls, who are big fans of Mister Rogers’ Neighborhood and its current spin-off, Daniel Tiger’s Neighborhood. “The character of Brecht, who narrates the show in our version, is inspired by Rogers, because he had so many puppets on his show,” Zvulun said.

“Brecht told all these hard truths about exploitation and capitalism and police brutality, but Weill wrote this incredibly appealing music, so you consume it without noticing how harsh it is at first. Rogers was doing the same thing, telling all these amazing truths to kids, but he does it in a way that is palatable, so they can absorb it.”

The Threepenny Opera is an ironic title: It’s an opera that’s produced so cheaply that even a beggar could afford to see it. As resident puppet builder Jason Hines said in a recent interview, the title provided the design concept for the puppets. “We took that idea one step further and made it look like beggars created the show. Everything is very simple and roughly hewn. It was really difficult to get our puppet shop to work that way, because they’re so used to making things that are beautifully sculpted. I would come in and look at the work in progress and say, No, no, they look too good, and start slapping some rough paint on them.”

The puppets portray the show’s beggars, thieves, constables, and whores; in other words, all those at the bottom of the social strata. And, in keeping with their lowly economic status, the puppets are two to three feet tall, so they’ll be dwarfed by the live performers playing characters who have more power and more money. “That size difference is a classic technique from the world of puppetry,” Ludwig said.

Six puppeteers are taking part in the production: three professionals from the puppetry center and three dancers who are also performing in Carmen. “Today is our third day of rehearsal,” Ludwig said, “and I love the way they handle the puppets and move them. As dancers, they have such a good kinesthetic sense about themselves that they can transfer it to the puppets.”

Most of the puppets are rod-puppets, but with some unique engineering. They have bases, so they can stand on their own to create crowd scenes, and they are designed so that a single person can manipulate three of them simultaneously. In addition to the half-size onstage puppets, the puppetry center created several smaller puppets of different types that were used in video sequences that will be part of the production.

Costume designer Erik Teague also played a role in amplifying the size difference between puppets and live performers. “Each of the chorus groups — the whores, the beggars, and so on — has a person overseeing them,” said Zvulun, “a capo, or head, if you will. So, in addition to the costumes, Erik has created these enormous heads they wear some of the time. We like to combine necessity with innovation, so one of the benefits of the heads is that they offer additional coronavirus protection, in addition to their artistic statement.”

A surprisingly large number of top-tier opera singers now make Atlanta their home, which Zvulun credits to the city’s natural beauty, its low cost of living, and the presence of one of the world’s busiest airports. Twelve such singers, including Jamie Barton, Kevin Burdette, Daniela Mack, Morris Robinson, and Alek Shrader have become The Atlanta Opera Company Players, and several are featured in the upcoming productions. The Threepenny Opera has a very strong set of singers in leading roles, including Burdette as Peachum, Kelly Kaduce as his daughter Polly, and Jay Hunter Morris as Macheath.

In addition to the puppetry center, The Atlanta Opera has also partnered with the New York-based Kurt Weill Foundation, which plays a more behind-the-scenes role in the production. It oversees the composer’s artistic legacy (and that of his often-spouse and favorite interpreter Lotte Lenya), underwrites critical editions of his scores, operates a research library and a grant program, hosts an annual vocal competition, and helps performing groups hack their way through the jungle of international copyright regulations. While preserving the integrity of Weill’s work is key focus, it also counsels producers in developing adaptations that reflect the realities of today’s performing conditions; his Broadway works, for instance, were written for enormous casts that are no longer viable economically.

For more information on the Atlanta Opera productions, visit atlantaopera.org.

For information on Kurt Weill’s life and music, go to the Kurt Weill Foundation’s website at kwf.org. ◀