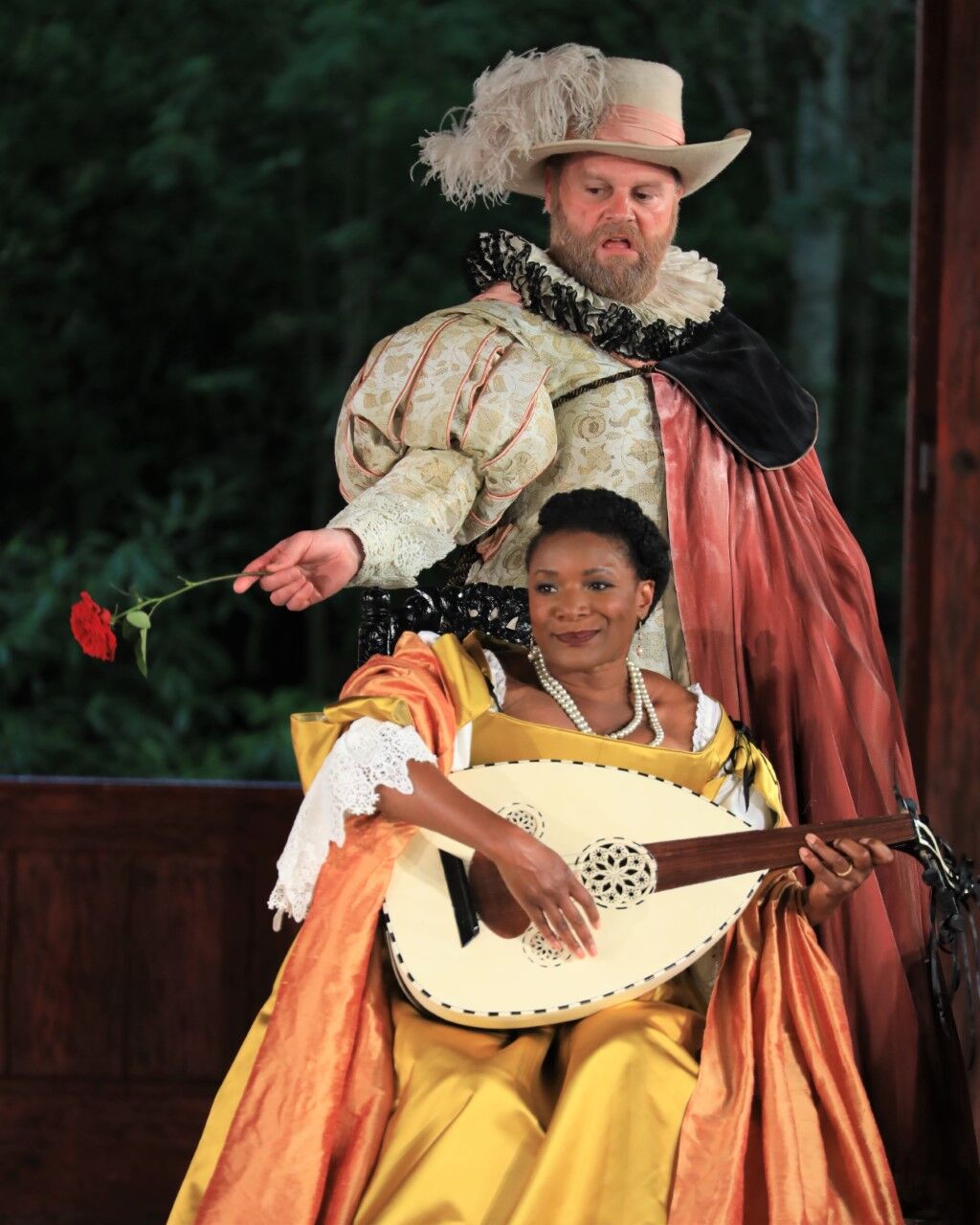 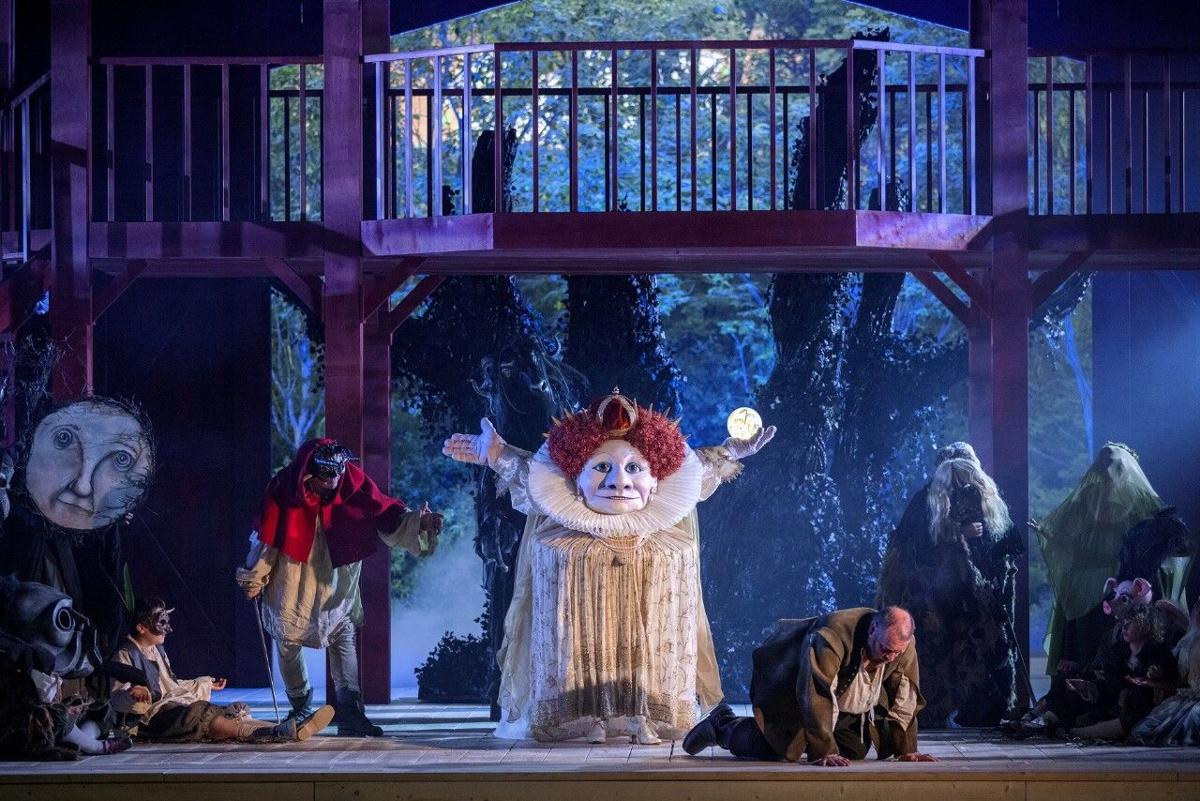 After going dark in 2020 and offering only four operas and reduced seating this summer, the Santa Fe Opera plans to be back in 2022 with postponed programming and a standard five-opera season.

There will be 36 performances of the operas, all in new productions, as well as two evenings of scenes by the apprentice singers and technicians, General Director Robert Meya announced in a virtual event Thursday.

The season opens July 1, with Georges Bizet’s Carmen, followed the next evening by Gioachino Rossini’s The Barber of Seville, Giuseppe Verdi’s Falstaff on July 16, Richard Wagner’s Tristan und Isolde on July 23, and the world premiere of Huang Ruo’s and David Henry Hwang’s M. Butterfly on July 30.

All but Carmen and Falstaff had been planned for 2020.

The 2022 repertory marks a departure from the company’s long-held commitment to a diverse and adventurous repertory. It has three mainstream pieces from the late Romantic era, which has not traditionally been one of the company’s strengths, along with a well-known early 19th-century work, and none of the less-familiar titles that have often been season highlights, such as Nikolai Rimsky-Korsakov’s The Golden Cockerel in 2017 and Leoš Janácek’s Jenufa in 2019.

“I’m personally looking forward to the long-awaited company premiere of Wagner’s masterpiece and my favorite opera, Tristan und Isolde,” Meya said, “as well as the world premiere of M. Butterfly, which could not be more topical or relevant in addressing issues of gender identity. As usual, there will be something for everyone, including Verdi’s comedic masterpiece and [his] final opera Falstaff, Rossini’s most popular opera The Barber of Seville and a poignant retelling of Bizet’s Carmen, which was my first experience at the Santa Fe Opera back in 1999.”

At the national and international level, M. Butterfly is the highest profile event. Playwright David Henry Hwang adapted the libretto from his Tony Award-winning 1988 play of the same name. This will be composer Huang Ruo’s second opera to be premiered here; the first, Dr. Sun Yat-sen, ran in 2014. The director is James Robinson, artistic director of Opera Theatre of Saint Louis, whose recent credits include Terence Blanchard’s critically acclaimed Fire Shut Up in My Bones.

For Santa Feans, the season oddity isn’t a new piece but an opera by Richard Wagner. Tristan und Isolde is just the second Wagner work to be staged here, and the first since The Flying Dutchman in 1988. James Gaffigan will conduct a slightly shortened version that will still clock in at four-plus hours. All performances begin at 8 p.m. Tenor Simon O’Neill is Tristan; the Guardian recently described him as “one of the go-to Wagner singers of the era.” Fast-rising soprano Tamara Wilson won the 2016 Richard Tucker Award and is singing her first stage Isolde here.

Music Director Harry Bicket conducts Carmen, in a new staging directed by Mariame Clément and designed by Julia Hansen, both in their first Santa Fe appearances. Clément says of the opera, “The usual preconception is that it’s a joyful, colorful piece, but it’s actually very dark and gloomy.” Her production updates the setting to an abandoned amusement park and adds a silent young girl to the cast as a Carmen doppelgänger. Mezzo-soprano Isabel Leonard, most recently seen here in 2015’s Cold Mountain, plays the title role.

Bass-baritone Michael Sumuel makes his company debut as the bullfighter Escamillo, while tenors Bryan Hymel and Michael Fabiano share the role of Don Jose. Hymel sang the title role in Faust here in 2011; Fabiano was a 2005 apprentice who returned in 2013 as Alfredo in La Traviata.

The Santa Fe Opera Falstaff has already been seen in Glasgow and Edinburgh to very positive reviews. The production is shared with the Scottish Opera and directed by the Glaswegian David McVicar. It’s also an updated staging, but not the wacky sort that often prompts boos on opening night: The opera is moved from Shakespeare’s early 15th century to the Jacobean era circa 1620, emphasizing the idea that Falstaff is a man who has outlived his time.

Paul Daniel conducts a cast that includes Quinn Kelsey in the title role, along with Alexandra LoBianco as Alice Ford, Megan Marino as Meg Page and Roland Wood as Ford.

Rossini’s The Barber of Seville rounds out the season. The Mexican conductor Iván López-Reynoso notches his first Santa Fe credit with it, as does British scenic and costume designer Andrew D. Edwards. Australian director Stephen Barlow returns after a decade’s absence to stage the perennially popular comedy. The production blends the sunbaked visual palettes of Southern Spain and Northern New Mexico. It also boasts “a clever revolving stage that adds a multiplicity of possible locales to the usual single interior and exterior settings of this opera,” according to the season announcement.

The Barber of Seville boasts an appealing cast led by baritone Joshua Hopkins as Figaro. Mezzo-soprano Emily Fons and tenor Jack Swanson, both former apprentices, are Rosina and Count Almaviva, the hopeful young couple-to-be. Only Kevin Burdette as Doctor Bartolo and Ryan Speedo Green as Don Basilio stand in the way of marital bliss.

July performances have an 8:30 p.m. curtain time, except for Tristan und Isolde, which begins at 8 p.m. All August performances begin at 8 p.m. Tickets for the 2022 season are now on sale.  Single ticket prices are $36 to $278. Five-opera subscriptions are $183 to $1,190. Four- and three-opera packages are also available.