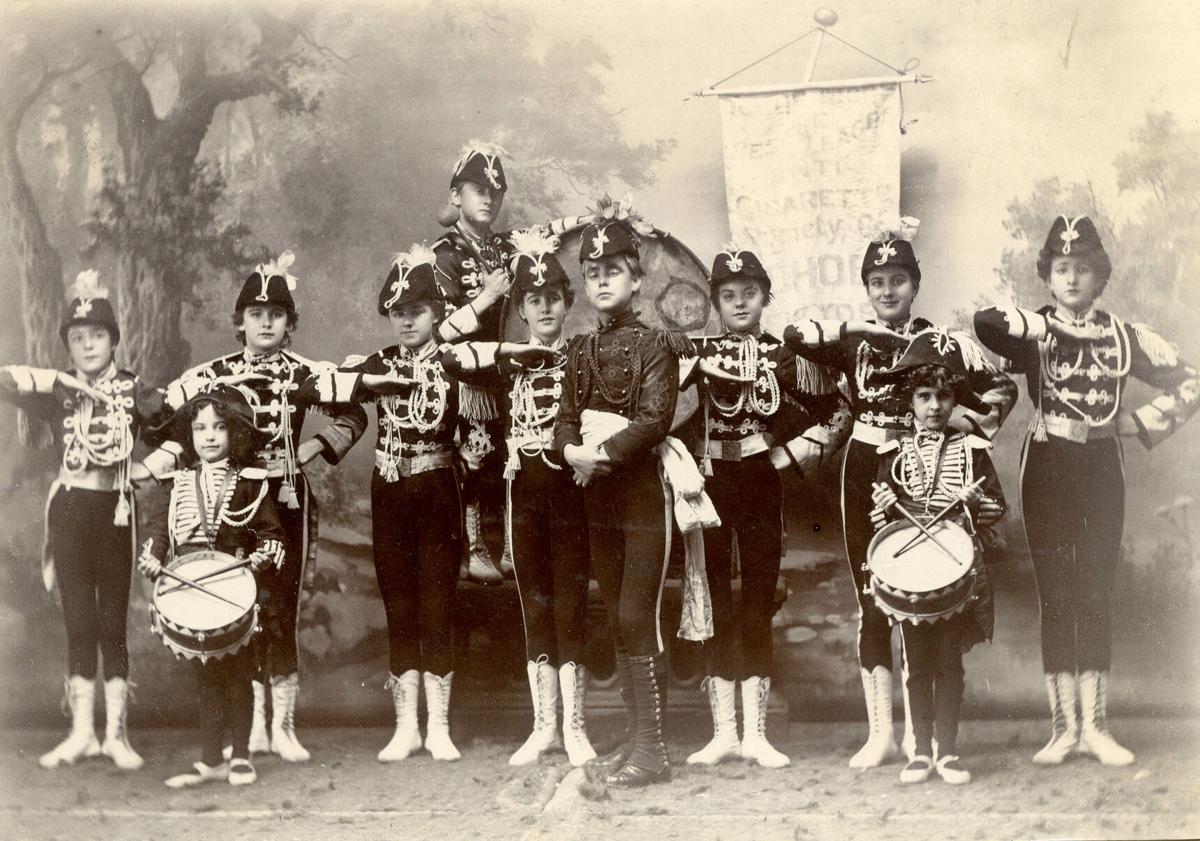 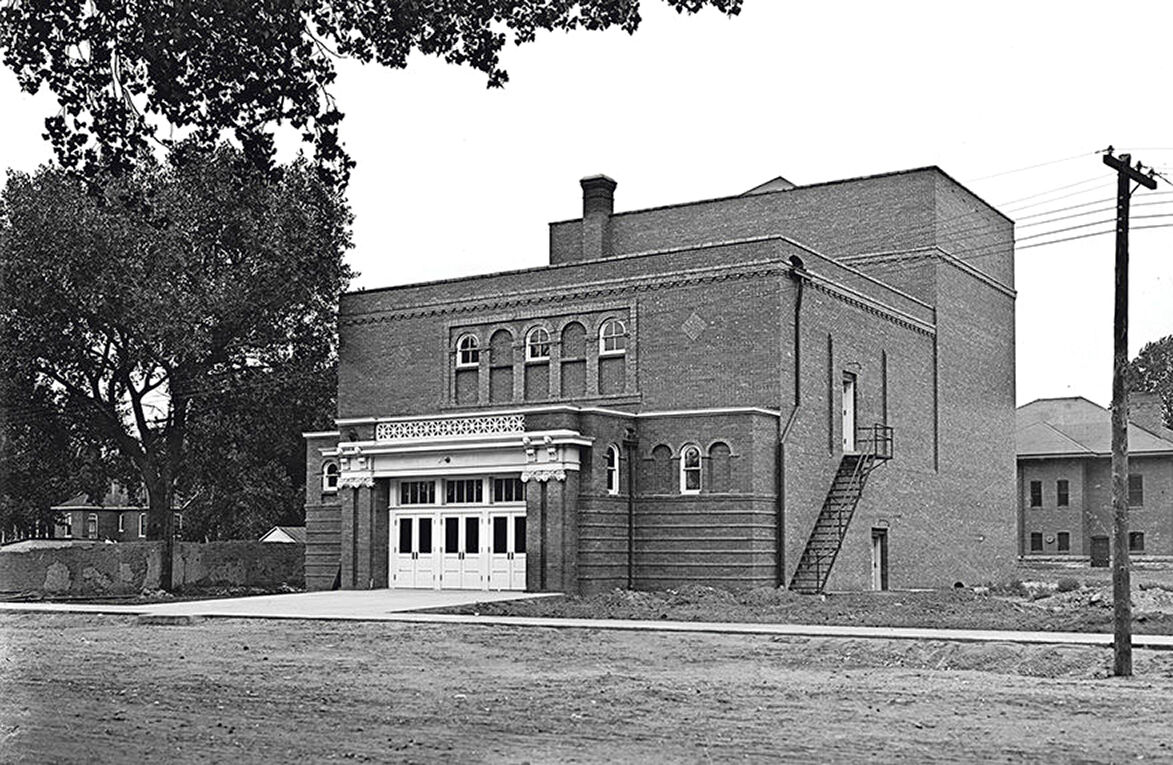 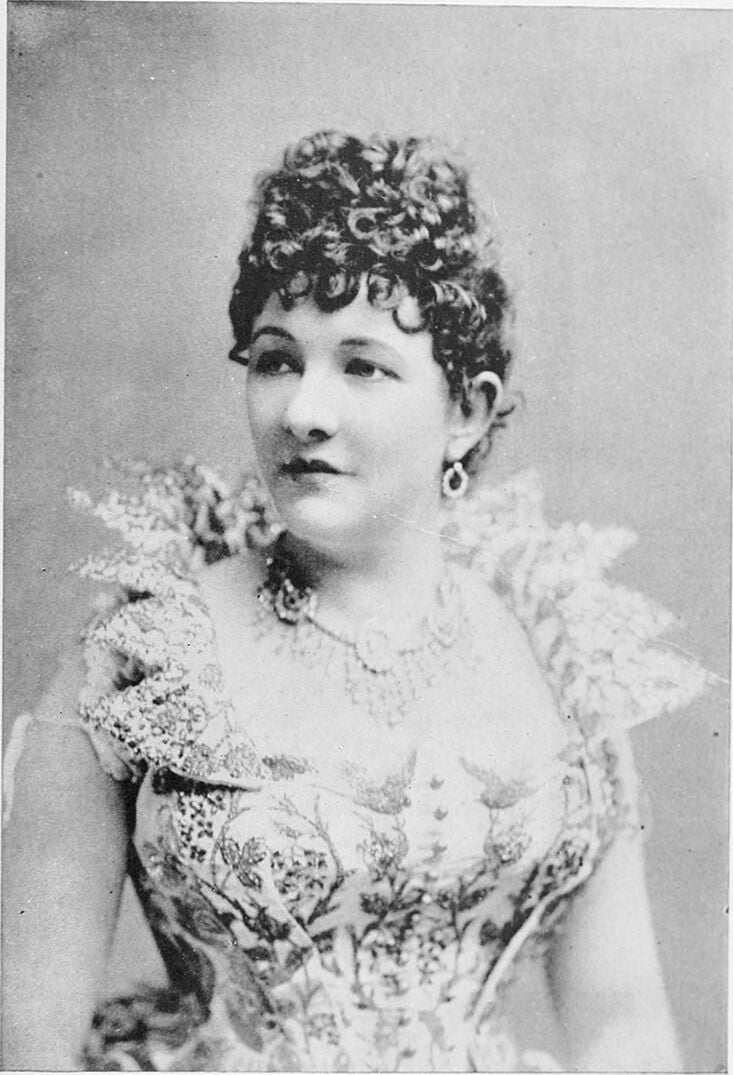 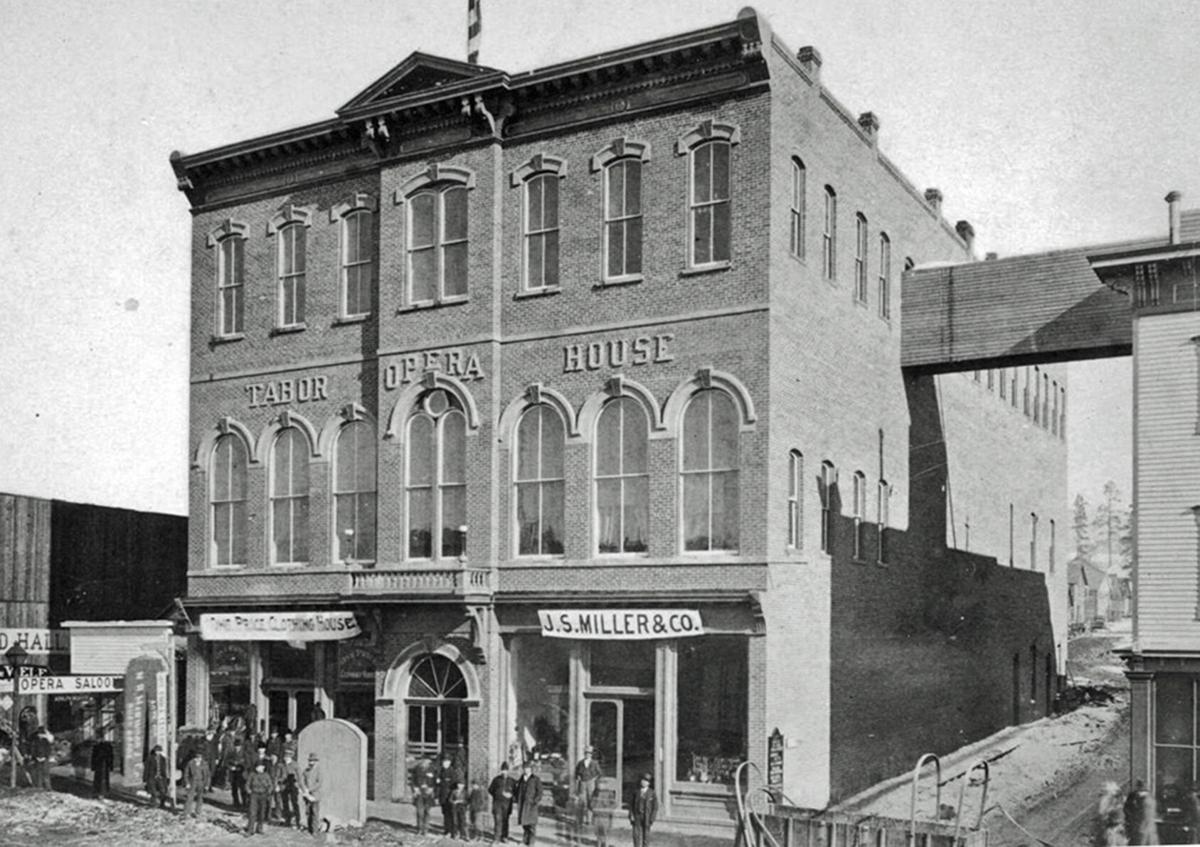 The boom in 19th-century opera house construction and in the touring companies that used them was made possible by the flood of money pouring from the West’s gold and silver mines. And the coming of the railroads, which made cities away from the coast accessible, also contributed to its growth. (While few actually named their opera houses “opry,” it was a part of the vernacular of the time.)

The result was a democratization of art forms and audiences. Operas, plays, oratory, medicine shows, band concerts, magicians, whistling soloists, and lectures illustrated with magic-lantern slides were all seen as valid forms of entertainment and attracted patrons who spanned the economic spectrum.

Most of the touring opera companies fell into one of two camps: the Italian and American-Italian troupes, which performed everything in Italian regardless of its origin, and the English-language troupes that sang in English. The latter were often more popular than their more exotic competitors, and soprano impresarias headed many successful groups, such as the Emma Juch Opera Company, the Alice Oates Opera Company, and especially the Emma Abbott Grand English Opera Company.

operagoing at the time. Accessible ticket prices were an important part of the strategy. “I would rather sing to a full house at $1.50 a ticket than the same house half-filled at $3.00 a ticket,” Abbott told the Chicago Inter Ocean in 1880 ($3.00 was a typical price charged by the Italian companies). Her own reputation and skill as a singer were also part of the mix, as was a style that combined opulent costumes onstage with her straightforward Midwestern personality offstage.

The operas themselves were not just translated into English but adapted as well, often with substantial cuts and rearrangements to fit the forces of the company. Interpolations were another one of her hallmarks, as indeed they were for singers around the globe. Early in her career, Abbott sang the title role in Bellini’s La Sonnambula in Milan. She added the hymn “Nearer My God to Thee” to one of the scenes and promptly learned a lesson when the audience hissed her. It wasn’t that they objected to an interpolation, the manager explained, it was that they weren’t familiar with it. She never made the same mistake again, sticking to additions requested by audience members.

Abbott’s popularity led to a signal honor: Her company was engaged to inaugurate 25 new opera houses during its 12-year tenure, including the opulent Tabor Grand Opera House in downtown Denver. Sadly, the 1,550-seat house was torn down in 1964, but its smaller sister theater, the Tabor Opera House, still stands in Leadville, Colorado. (See accompanying story for more information.)

Audiences in smaller cities may not have seen all that many full-fledged opera productions, but they heard lots of opera music, in recitals by touring professional singers and in transcriptions for military and circus bands, solo piano, and many other instruments. To cite one local example, on Oct. 24, 1880, Santa Feans could enjoy a Ninth Cavalry band concert that was half operatic, including selections from Donizetti’s Lucrezia Borgia, Robert Planquette’s Les cloches de Corneville (a hot new Parisian hit at the time), and the “Anvil Chorus” from Verdi’s Il trovatore, complete with anvils. (These were presumably much easier to acquire then than now.)

With its small population, New Mexico wasn’t at the top of the list for touring attractions. Nevertheless, by 1908, there were no fewer than 15 opera houses and theaters in the state. A savvy impresario could consult Henry’s Official Western Theatrical Guide for surprisingly comprehensive information on each one, very useful in organizing a travel route and planning promotional campaigns. The guide included each theater’s seating capacity, stage size, and dimensions of the proscenium opening and the manager’s name, as well as the names of local newspapers and hotels, the railroads serving the town, and the number and size of posters that could be displayed onsite.

In 1908, the state’s largest theater, the 1,752-seat Coliseum, was in Raton, then New Mexico’s third-largest city, with 8,000 residents. The largest municipality was Las Vegas and East Las Vegas, with a combined population totaling 21,000. Las Vegas boasted the Duncan Opera House, seating 800, while East Las Vegas was home to the slightly smaller Duncan Theater. Soldiers from nearby Fort Union performed quite often at the Las Vegas theaters, as the garrison boasted a dramatic club and a comedy company in addition to the 23rd Infantry band.

Fort Union had been established in 1851 in order to move the regimental headquarters away from Santa Fe, “that sink of vice and extravagance,” according to its commanding officer. Whatever our vices and extravagances were at the time, theater and opera weren’t high among them. The first reference to a local opera house didn’t appear in The New Mexican until 1872. This was Motley’s Opera House on Galisteo Street, run by Harry Motley, a “famous character” who also operated a saloon and restaurant.

Its deficiencies were well known. In 1881, The New Mexican reported that a local businessman, William Berger, had spoken with the architect of the Colorado Springs, Colorado, opera house about the possibility of building a new one here and optimistically opined that “Santa Fe will support a good opera house.”

As the weather warms up and businesses start to reopen, it’s a great time to start planning …

Twenty years later, no progress had been made. A 1901 New Mexican story quoted a letter from the opera house booking manager that stated, “Unless you can succeed in getting a new house in Santa Fe by next season, I should advise not trying to put any more companies in there. When we put them in an ‘old shack’ like you now have, it does both you and the town more harm than good.”

By 1905, the local Elks lodge was raising money for an “opera house fund” by putting on plays and variety shows. On Feb. 13 of that year, a news item demonstrated the continuing and widespread appeal of opera and opera singers.

“Several parties have been formed to attend the Nellie Melba concert at Albuquerque on Friday evening. [Melba was one of the world’s most famous sopranos at the time.] The legislature will adjourn on Thursday to permit the members and employees to attend the concert, which will be given at the Elks’ Opera House in the Duke City.”

The Santa Fe Elks’ campaign finally reached success in 1909, with its Elks’ Opera House at 117 Lincoln Avenue. (It was designed in a neoclassical style by Rapp and Rapp Architects of Trinidad, Colorado, which later helped launch the Spanish-Pueblo Revival style in 1917 with their New Mexico Museum of Art.) By the time the Elks’ Opera House opened, the increasing popularity (and lower costs) of movies meant that small-city theaters were focusing on film, with touring opera and theater companies concentrating on bigger cities.

The Elks Opera House had a short lifespan. It was leased to professional operators in 1914, who renamed it the Kays Theatre. In 1921, Nathan Salman of Lensic Theater fame acquired it, operating it as a movie theater until 1926. For a few years afterward, it housed community theater productions, as well as boxing and wrestling matches. The building was torn down in 1939; the New Mexico History Museum’s Domenici Building was erected on its site in 2009. ◀